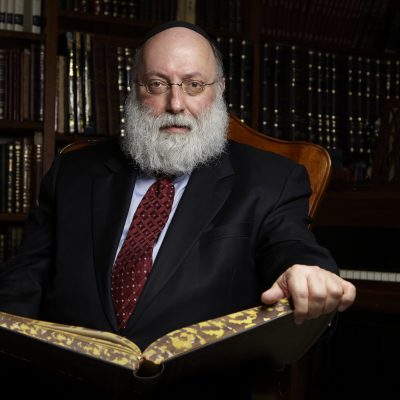 For over 14 years Rabbi Simon Jacobson, as Editor-in-Chief of Vaad Hanochos Hatmimim, was responsible for publishing the talks of the late Rabbi Menachem M. Schneerson, the Lubavitcher Rebbe. Beginning in 1979, he headed a team of scholars that memorized and transcribed entire talks that the Rebbe gave during the Sabbath and holidays, as writing and tape recording are not permitted on holy days. In this position, Rabbi Jacobson was privileged to work in close association with the Rebbe and published more than 1000 of the Rebbe’s talks. He also headed the research team for Sefer Halikutim — an encyclopedic collection of Chassidic thought (26 volumes, published 1977-1982).

Rabbi Simon Jacobson is the author of the best-selling book Toward a Meaningful Life, a William Morrow publication that has sold over 300,000 copies to date and has been translated into Hebrew, French, Spanish, Dutch, Portuguese, Italian, Russian, German, Hungarian, Czech and Croatian.

Rabbi Jacobson heads The Meaningful Life Center, which bridges the secular and the spiritual, through a wide variety of live and on-line programming. The Meaningful Life Center presents to people of all backgrounds the universal teachings of Torah as a blueprint for life.  MLC, called a “Spiritual Starbucks” by the New York Times, is an outgrowth of Rabbi Jacobson’s teachings which have captured the hearts of thousands of participants over the last 25 years with their spiritual message and profound insights into the human condition.

Jacobson is one of the greatest scholars and sought after speakers in the Jewish world today. He has lectured to diverse audiences on six continents and in forty states on psycho-spiritual issues and applying Jewish thought to contemporary life. His voice is rooted in the timeless teachings of Torah, yet at the same time is profoundly timely, relevant, unique, and cutting edge. He has been interviewed on over 300 radio and TV shows, including CNN with Larry King, the Charlie Rose Show, and the CBS News Show The Best of Us.

He is also the publisher of The Algemeiner Journal, the “fastest growing Jewish newspaper in America” according to CNBC, filling the position of his illustrious father, esteemed journalist, Gershon Jacobson.