Part 3: The Power of a Mitzvah 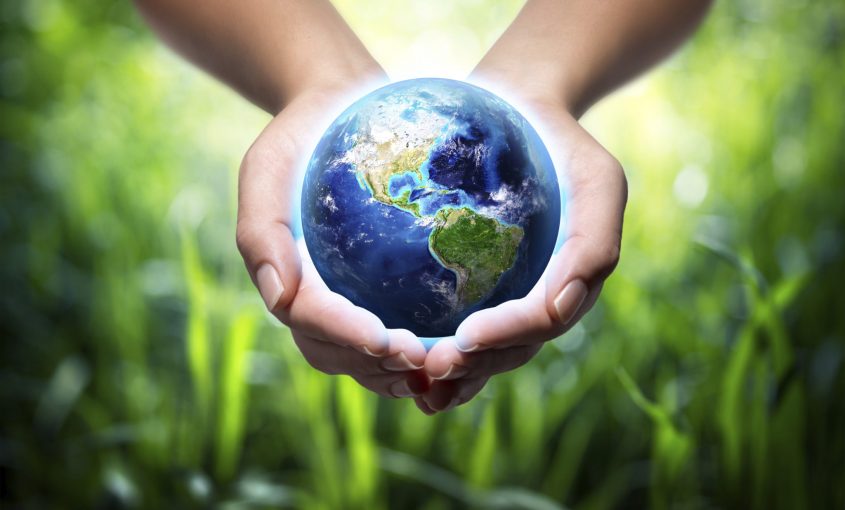 How high can mortal humans reach? Being finite creatures can we even expect to touch the sky? From the beginning of time people have been seeking immortality. Is this a hopeless quest?

This week’s column addresses these fundamental questions based on the continuing discussion in the Rebbe Rashab’s magnum opus, Hemshech Samech Vov. 100 years ago this week, the discourse of Parshat Noach 5666/1905, dissects the anatomy of our finite existence and explains how we can free ourselves from its bounds without annihilating our parameters.

The transition from the holiday season to the regular scheduled year is a microcosm that reflects life’s greatest challenge: the struggle we have in balancing our spiritual and material lives. No person is immune of the two forces that tug at us all the time: The need to survive, something we spend most of our lives doing; the need to transcend above and beyond our routines. Humans simply do not have the luxury of animal bliss – the ability to be satisfied by survival alone, as, say, the cow peacefully grazing in the meadows, breeding and tending to its young, with no worry in the world or motivation to achieve more.

Healthy human life requires a delicate balance between a proper measure of angst and inner satisfaction.

The Kabbalists teach us that all of existence divides into space, time, and spirit (man). Indeed, the entire Sefer Yetzirah (Book of Formation) – considered to be the earliest Kabbalistic work – is based on this triad principle. So the human spirits’ struggle between the transcendent and the mundane is reflected in space – sacred places vs. secular ones, and in time – the holiday season vs. ordinary days.

The holidays are an oasis in time; they have the power to lift us on their wings and help us soar above the din of the rat race below. However the purpose of life is not to remain on “the mountain,” not to escape into spiritual insulation, but to carry the transcendence down below; to live in the material world, transform and elevate it to spiritual heights.

This is our challenge as we enter the New Year. Following the holiday-rich month of Tishrei, comes the month of Cheshvan, completely devoid of any holidays. We now enter into real life, challenged to infuse it with higher consciousness (see The Raven and the Dove: How to Deal With Existential Loneliness)

The big question is how? How do we lift ourselves and the world around us? It’s hard enough not to feel besieged and dragged down by the relentless seductions of material life, the unyielding distractions of temptation and the narcissistic forces of greed that surround every moment of our lives. It’s difficult enough to not slip into apathy or resignation. Let alone generate transcendent energy.

Appropriately the Samech Vov discourse said 100 years ago this week addresses this dilemma.

The universe is intrinsically finite. The limits of our existence are not merely in perception. It’s not only that due to the great tzimtzum the Divine infinite reality is concealed from us, but in addition to the tzimtzum the Arizal explains that existence comes into being through a “kav” – a ray of energy, that is both measured itself and measures and defines the gradations of all existence. Had there been only a tzimtzum and no “kav” one could argue that existence is not an independent reality or inherently finite; it only appears that way to us being that its infinite reality is concealed. Had existence come into being via many “kavim,” then there would be an existence, however it would lack diversity and gradations. Bringing existence into being via one single kav, which is like a straight line ruler, creates the inherent diversity of our existence. Thus, our universe is innately limited, structured and defined.

This only intensifies the question: How can we ever redeem ourselves from the inherent finite boundaries of the universe and achieve true transcendence? If it were only a matter of perception, than the challenge would be to get beyond our limited “doors of perception” (William Blake: “If the doors of perception were cleansed everything would appear to man as it is, infinite”). But since existence itself is deterministically finite, shaped by the finite “kav,” how can we ever transcend our own parameters?

Philosophers and mystics over time have concluded that the only way is to either accept that transcendence is a sweet but impossible dream, or that transcendence comes only after death or through shedding our finite personalities.

A mitzvah is therefore essentially a finite form of infinity. To be true so is the universe: It too is a manifestation of Divine infinite energy. However, once the universe has manifested in its finite parameters it is bound and defined by them, with no escape hatch. By contrast, a mitzvah retains its infinite nature, it remains a Divine edict rather than a “law of nature.”

When we eat, sleep or partake in any other natural activity – we have no choice. As limited creatures ruled by the laws of nature, certain rules are necessary for basic survival. However a mitzvah is done by our choice – we choose to commit to a defined mode of behavior, not because we are forced to by the nature of our physical needs.

Thus a mitzvah has the power to redeem and free us from our finite confines.

Paradoxically, the self-imposed (by choice) restrictions of a mitzvah, is precisely what frees us from our naturally imposed (without choice) parameters.

Based on the power of the mitzvah Samech Vov explains the opening verse of this week’s Torah portion: “These are the offspring of Noah. Noach was a tzaddik (righteous man).” Rashi comments that teaches us that “the primary offspring of the righteous are good deeds,” based on the Midrash that the “fruits of tzaddikim are their mitzvoth and good deeds.” Notwithstanding Noah’s biological progeny and spiritual contributions, his primary achievements are his mitzvoth which have the power to transform a finite world into a Divine one.

And this follows the central theme of Samech Vov. The opening discourse addresses life’s purpose: To transform the material world into a home for the Divine, and draw down new unprecedented energy that expresses “the innermost aspect and essence of the Infinite Light” (higher than the light that filled the ‘space’ before the tzimtzum).

Samech Vov then continues with a comprehensive discussion on the power of human initiative, how we have the ability to transform the world and generate new energy, through our mitzvoth.

This message, which is relevant all year round, is especially appropriate as we transition from the holidays and enter our ordinary lives, when our big existential issues come to the fore. Are we limited? Are we alone? What hope do we have to reach upward? How high can we go?

No time is better than now to reflect on the power of the mitzvah, and make our appropriate commitments. For the New Year many have the custom to add or intensify doing a new mitzvah, to assume a new commitment, with new focus, intention and passion.

What better way to begin the year?

Doing a mitzvah can be the difference between a life of enslavement in a finite bottle, or freeing your finite being by becoming a piece of finite infinity.