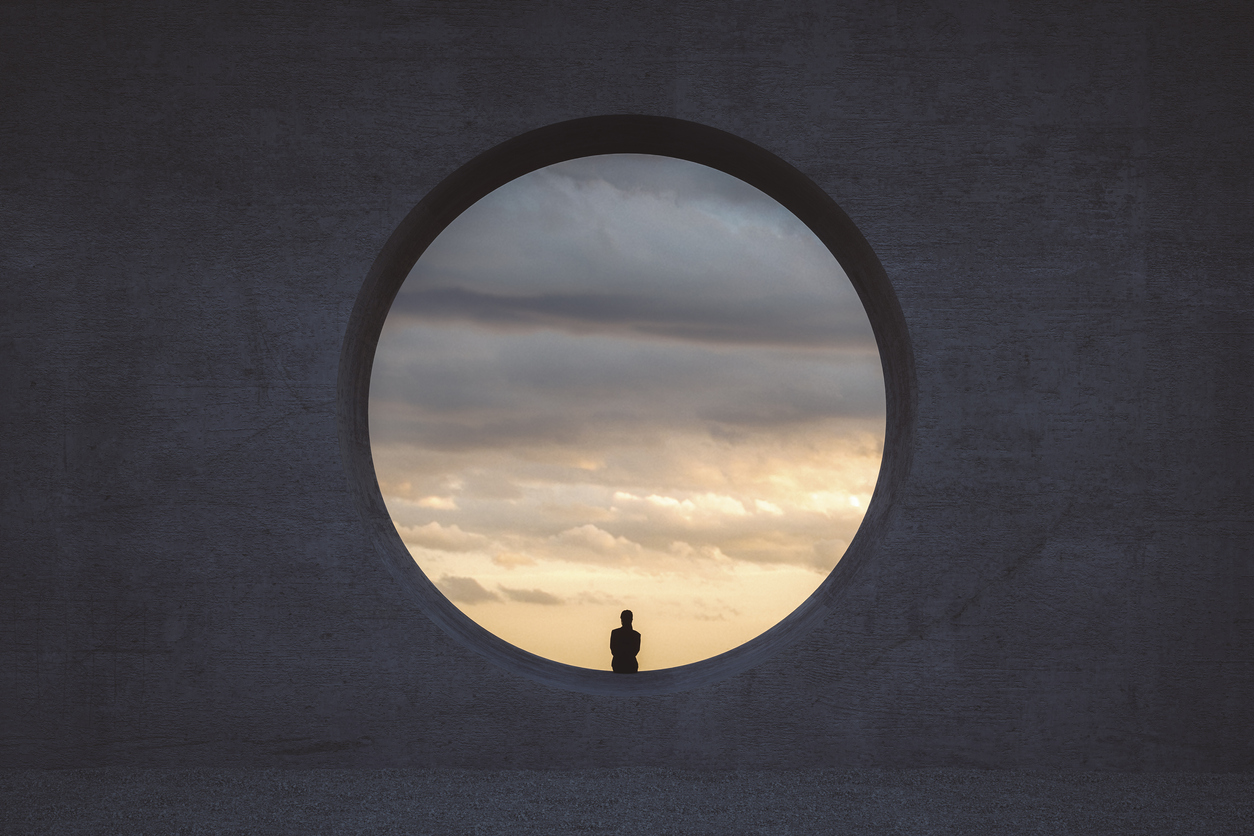 When was the last time you’ve picked up the phone and called a friend just to chat? Technology has made us self-sufficient, independent individuals. Although we know more people than any time in  history, with contacts and social networks ever growing, our interactions have become less sincere and  meaningful.

This is the irony nowadays. As we become increasingly “connected”, we simultaneously feel fractured by  an epidemic of loneliness. As defined in the Webster’s Dictionary, lone·ly means a) being without  company b) cut off from others. The busyness around us doesn’t address the lonesomeness and  isolation inside. The feeling of detachment can be intense and utterly challenging.

Through the study of Chassidus, the struggles of today are no longer insurmountable. We are given the  tools to address the complexities of Society, 2020.

Let us discover this together.

“The Rebbe (the Alter Rebbe) had accomplished something novel – that we are not lonely. At one time,  the Master, Rosh Yeshiva or Talmudic sage was “alone” and his disciples were “alone.” The chassidic  way, instituted by the Rebbe, is a tremendous Divine achievement, that the Rebbe is not lonely, nor are  the chassidim lonely.”

In previous generations, a master and Torah Sage would direct his pupils in their Divine service. He  served as a model and example for all Jews. However, the master was alone and its students were alone.  Each served Hashem on their own accord, as separate entities entirely.

The spiritual worlds between master and student could not be linked. The leader was preoccupied in a  world of Divine matters, while its followers remained in their own world of physicality, albeit turning to  the leader for guidance.

The Alter Rebbe brought about an awesome G-dly innovation, by revealing the innermost aspect of our  soul, which is called the yechida. The leader draws down the deepest levels of Torah to the masses, in a  way that they too can understand! A simple Jew can now tap into the innermost aspects of Torah, to aid  him in fusing the spiritual and material worlds.

Moreover, Chassidus unleashes the beauty and sanctity in using worldly matters as vehicles in serving  Hashem. What in the past was a hindrance and a reason for disconnect between the ordinary Jew and  his leader, is now a role player for connection. [2]

At last there is fusion. Unity.

The inner aspect of a spiritual, Jewish leader is best depicted by the acronym Re”bbe, Rosh Bnei Yisroel.  This is a connection that can never be severed. The Rebbe, is not only a form of guidance and direction,  but rather, a part of each individual, as expressed in the name Rebbe itself.

Every Jew is a microcosm of the complete, greater body we are all a part of. As explained in Tanya,  chapter 2, some Jews represent the feet, some the arms and some the other limbs of the body. Yet,  “There are those who are the “heads of the multitude of Israel,” so designated because their souls are in  the category of “head” and “brain” in comparison with those of the masses and the ignorant.” The  Jewish leader of each generation is the head and life force of the complete Jewish body. This is our Rosh Bnei Yisroel.

What is his function? Just like a physical head contains the nerve system of the entire body, our Rosh encompasses all Jews in a very real way. His soul contains the souls of the entire generation. Like the  nerve system that sends messages to the nerves throughout the body to feel pain or pleasure at any given moment, our joys and sorrows are all sourced in our head and leader.

In a time when loneliness and bleakness are so consuming, psychology offers ideas for expanding  connectedness. How fortunate are we though, who already have a built in connective system?

When a limb must be removed from the rest of the body tragically, the pain is felt in the head entirely  and not in the detached limb. Our Rebbe is a leader who senses our emotions more than we can ever. [3]

Examine this account of a lone crusader struggling with desperate emotions:

After the Second World War, Viktor Frankl, pioneer psychiatrist and founder of Logo therapy, was in a  dejected state. During his time in the Nazi death camps, his view, that we possess free choice and the  capacity for self-transcendence, was developed. His unpopular approach found him a lone dissenter in 1959. He was taunted by those around him, and his lectures were shunned.

Understandably, Frankl experienced incredible emotional turmoil at the prospect of his life’s work going  to waste. The pressures were so great that he decided to simply give up and move to Australia.

Margaret Chajes, sent as a messenger by the Lubavitcher Rebbe, arrived at Frankl’s home one day. “Do  not despair,” she relayed. “Continue on your path of spreading your teachings and be strong. You will have a breakthrough.”

The emotion that Frankl displayed at that moment was one she had never seen from an adult before. He  broke down in bitter tears. Frankl was beyond astonished. How in the world did this Rebbe know about  his situation? And why did he care about him? It was exactly the shot in the arm that Frankl needed, and  the timing could not have been better. Instead of joining his sister in Australia, Frankl continued his  practice as a psychiatrist and went back to his work, full of renewed motivation, vigor, and optimism.

Although Viktor Frankl was unaware of the Rebbe’s presence altogether, The Rebbe knew him. Sensed  his delicate needs at that vulnerable time. He was never in truth alone.

In a letter of the Rebbe,[4]regarding his Father in law, the Frierdiker Rebe, he explains.

“A Nassi (leader), broadly defined, is a “head of the multitudes of Israel.” He is their “head” and “mind,”  their source of life and vitality. Through their attachment to him, they are bound and united with their  source on high…

Each and every one of us must know—that is, dwell upon and implant the awareness in his or her mind— that the Rebbe is our Nassi and head: that he is the source and channel for all our material and spiritual  needs, and that it is through our bond with him (and he has already instructed us in his letters how and by what means this is achieved) that we are bound and united with our source, and the source of our  source, up to our ultimate source on high.”

An eternal bond connects us, even at times when we are unaware or conscious of it. Yet, how much  deeper and powerful is it when we develop that bond?

A young man was encouraged to speak to The Lubavitcher Rebbe after he started being vocal to his  fellow yeshiva students, about his feelings and plans of suicide.

At a yechidus, private audience, with the Rebbe, he shared his thoughts. The Rebbe listened, and tears  began to course down the Rebbe’s cheeks. After a few minutes of just standing there and watching the  Rebbe cry – he didn’t say a word – the young man ran out of the room, shaken to the core.

He told his friends that he no longer planned to end his life.

“If I would have only known that there exists a person who cares about me so deeply, I would never  have contemplated taking my life…”

How can we ever feel alone?

In a similar vein, a teenage girl once wrote a letter to the Rebbe, in which she described her inner unrest and anguish. The Rebbe responded to her letter and wrote, among other things, that he feels her pain.

Within two hours the Rebbe answered.

“When you will merit growing up and marrying, and will, G-d willing, be blessed with a child, the nature  of things is that during the child’s first year, he or she will begin to teethe. The teething is painful and the  child cries. And a mother feels that pain as if it were her own.”

The Rebbe concluded: “This is how I feel your pain.”

This is the deep concern our Rebbe has for the spiritual and physical wellbeing of every individual. Social psychologists have struggled to gain a deeper grasp at the meaning of loneliness.

Contrary to common belief, loneliness, although defined as solitude and isolation, is in fact a state of  mind, as researched by social psychology. It is not necessarily about being physically alone. One can be  surrounded many peers, however, if one feels alone and isolated, then it is in the state of mind that  loneliness plays a role.

It is indeed interesting to note the suggestions offered by modern psychology[5]. By developing existing  relationships, in the P+C+V triangle theory, one can build their interactions to more meaningful  relationships.

P- Positivity, add joy and care in your communication

C- consistency, make a point to keep up the positive relationships you already have Most importantly,

V- vulnerability, share struggles and essentially your achievements and accomplishments.  We are so fortunate to have a Rebbe.

“It was upsetting not to have heard any news from you for such a long while. It therefore gladdened me  greatly to receive your letter ….” (Igros Kodesh, Vol. IV, p. 189)

In a letter written to R’ Nissan Nemenov the Rebbe remarked, “It is a shame that you delayed so  much when you have good news…” when a week passed after an improved situation.

This is the concern and deep interest the Rebbe has for each one of us!

The connection with our Rebbe helps us specifically in these times. We gain comfort, reassurance and  perseverance, knowing we have a leader and head, who feels the pain and joy we carry. This is the  support every Jew has and aids us to a more positive state of mind.

Throughout my childhood years, growing up in Boro Park as a Lubavitcher, made me feel very different  from my peers and extended family. I often felt separate, isolated and misunderstood, being in this  unique position. I was the only Chaya Mushka I knew in my home city. This caused me to search and  explore what it means to me to be a chosid. I discovered the connection the Rebbe has with every yid and it became real to me when I realized that I am not alone. Carrying the name of our Rebbitzin has  helped me deepen my personal connection, which I am ever so grateful for.

It is precisely in this day and age that the concepts of Chassidus are being spread more than ever; for it is  our tool to overcome the intense darkness of the last moments of galus. We are granted greater strength and light at this juncture in time. [6]

Additionally, coming closer to the age of unity and harmony, these qualities are becoming more and  more revealed. [7]