Tapping into our True Selves 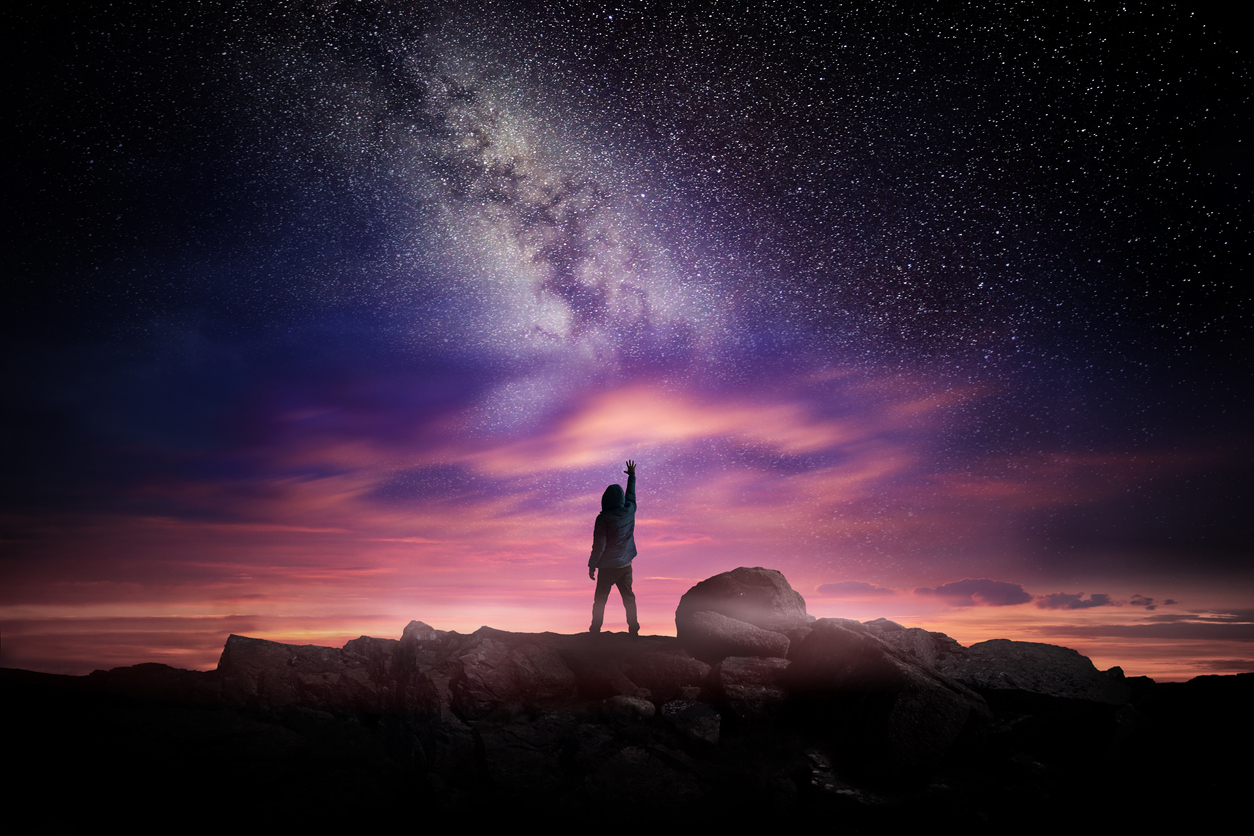 We tend to be really hard on ourselves. Low self-esteem is a major challenge in this day and age, across the board. Often, we define ourselves by our actions as opposed to who we really are. We conclude that we are bad, that we are hopeless cases, and that we will never succeed, based on the times that we failed. But that isn’t really fair, because what we do is not who we really are.

This essay will be about getting to know our true potential. Indeed, we are capable of so much more than we give ourselves credit for. We will speak about how we naturally operate, and about what tools we are given to bring out the best in us. It will include the following Chassidic concepts sourced in the Tanya: the two souls of a Jew, the 4 Elements, the idea of “Dirah Betachtonim”(making this physical world a place where G-d would feel comfortable to reside), and the “Hidden Love” that every Jew is gifted with. It will also tie in some theories in modern psychology.

The Tanya is a book of Chassidic philosophy written by Rabbi Shneur Zalman of Liadi, the first of the seven Chabad Rebbes. Its purpose is to be able to answer any question or concern we might have about ourselves and about the way we can function properly (1). It is therefore an incredible source of knowledge for self-discovery.

In the first chapter of the Tanya, Rabbi Shnuer Zalman, also known as the Alter Rebbe, explains that a Jew has two souls. He begins by describing that the first one is called the Animal Soul. This soul is all about getting its animalistic needs and desires met, like eating, sleeping, and having a great time.

The Alter Rebbe continues to explain that everything in this world is made up of 4 elements: Earth, Water, Air and Fire. In inanimate objects, all these elements exist in different percentages, some being more dominant than the rest. So in fire, for example, the element of fire would be most dominant.

In people, they are expressed through different traits that we can possess. The element of earth, which is heavy, can trigger laziness or depression. Water, which makes food grow for our enjoyment, can be the cause of selfish desires. Air, which inflates, can cause us to speak vainly. The element of fire can be expressed as anger or haughtiness, just as fire reaches upward.

Then, in the second chapter of the Tanya, we are introduced to our second soul called the G-dly Soul. All this soul wants to do is G-d’s will; it has no wants of its own. Through this soul, our selfless qualities come through.

So essentially, the Animal Soul is what drives us to do things purely for ourselves. Its will is that we do whatever makes us feel good, attain more power, become more famous, or more rich. It can also be the source of negative character traits. On the other hand, the G-dly Soul wants us to make the right choices, in accordance with our G-d-given mission, whether this makes us feel (initially) happy and comfortable or not.

So the question is, why were we given an animal soul if, seemingly, all we have to do is quiet it? Isn’t it bad to be selfish, to be enslaved to our physical desires, and to express negative character traits?

To answer these questions, we must first and foremost speak about a fundamental principle in Chassidus. This personal struggle we are speaking of actually encompasses our entire purpose of existence. Before the world was created, only G-d existed. Yet He wished to impart His Goodness, and therefore created this physical world. A beautiful world at that, full of miracles and blessings, simply because He wanted a relationship with us. Yes, us physical beings. The way we invest in this relationship is by channelling our natural inclinations for the right purpose. We are not meant to break our nature. Our job is to behave G-dly within nature (2).

This sounds great, but it is a lot easier said than done. Being the physical people that we are, our animal soul seems to have the louder voice, and we are born with certain tendencies that are really hard to control. From where do we muster the strength to channel our natural tendencies so that they are expressed in a positive way? To change our anger into a fiery passion for good? To lift ourselves out of a bad state of mind and move forward with optimism? To see past ourselves and make room for others and for G-d in our world? In other words, to give our G-dly soul a voice?

Let us now take a look at what some of the big names in psychology had to say about the way humans function. Sigmund Freud, the father of modern psychology, was of the opinion that “the core of human existence was an animalistic impulse that craved pleasure and destruction, called the “id”. He attributed depression and anxiety primarily to childhood frustrations and unresolved complexes (3).” In simple English, he claimed that we are like animals. That we have cravings and that we will do anything to fulfill them. He said that our frustrations stem from having been deprived of or overindulged with a certain pleasure during childhood, and that we have a hard time getting over it even as we grow up. Anxiety stems from having to behave properly due to civilization, which makes doing whatever we want socially unacceptable (4). His colleague, Alfred Adler, took a different approach and believed that man’s essential desire was attaining power (5).

Then along came Victor Frankl who refuted both of these opinions. Frankl was a psychiatrist who went through and survived the Holocaust. He stated “that modern psychology focused too much on the self, and not enough on the search for meaning (6)..” He argued that “a person’s most basic need was for a sense of purpose….if the search for meaning was frustrated, then man lowered himself to pursuing pleasure, destruction or power (7).”

To quote Victor from his famous book “Man’s search for meaning”, which is about his experiences during the war and the conclusions he drew from it about human psychology: “The way in which a man accepts his fate and all the suffering it entails…..gives him ample opportunity-even under the most difficult circumstances- to add a deeper meaning to his life. It may remain brave, dignified and unselfish. Or in the bitter fight for self-preservation he may forget his human dignity and become no more than an animal. Here lies a chance to make use of or forgo the opportunities of attaining the moral values that a difficult situation may afford him.”

So yes, because the prisoners of war were fighting for their lives, their natural instinct was to do whatever it took to get through each day. To get as much food and they could muster. To get as much sleep as they could afford before waking up for another day of backbreaking labor. Yet, there were those that shared their meager portions of food with those even less fortunate than themselves. There were others that risked their lives and spent their precious free moments lighting the menorah on Chanukah, praying, and doing whatever other good deeds they could manage to do. Yes, we do have the capability to go beyond our natural inclinations. These people proved it by doing so in the most dire situations.

However, “Frankl was not just referring to those interred in the camps or held captive as prisoners of war. He was offering a path forward for all people facing challenges. To Frankl, the only way to overcome personal predicament-whether physical or emotional in nature- was to look beyond the limits of self (8).”

According to the Chassidus we discussed before, Freud and Adler were actually not completely wrong. We do have an animal soul which can cause us to, so to speak, behave like an animal. But, as Victor Frankl put it, we have the capability to “look beyond the limits of self”. As Jews, we possess an additional soul, a G-dly soul, which is our true essence. In our innermost selves, we truly want to do only good. The remaining question is how we can tap into that part of us.

In Chapter 18 of Tanya, it says that we are each given a gift from our forefathers, Avraham,Yitzchak and Yakov. This gift is called the “Ahava Mesuteres”- “The Hidden Love”. This is an innate love for G-d that runs so deep, that we would even be willing to give up our lives for the sake of G-d through it. Interestingly enough, this love is located not in the heart, but in the mind.

The answer is, it’s all in our mind. True, when a knife is being held at our necks and we are commanded to convert to another religion or die, we give up our lives for G-d with no question. But on a regular day-to-day basis, we need to consciously think about whatever will bring us to  make the right choices. To stop for a moment to think about the greatness of G-d, and about the wonderful world that He created for us, in perfect detail. About the fact that our bodies are a universe in themselves, with every cell and every organ working perfectly from moment to moment, in all of their complexity. About losing out in a relationship with our Father in heaven, who cares for us so deeply, and will never abandon us. And if something is hard for us to do or connect with, let us learn more about it, ask questions, and do whatever is takes to satisfy our mind, because it is our most powerful tool in changing the wants and emotions of our hearts.

Some practical ways to help bring out the best in us:

–Learning. Never stop learning, asking and discovering, because knowledge is power. The beautiful thing about Torah and Chassidus is that the more we learn, the more we realize we don’t know!

-Taking some time every so often to remove ourselves from our peers, our phones and all other distractions, and thinking honestly about where we stand, where we can grow, and whether we are being true to ourselves. Are we allowing our surroundings to determine our beliefs, or are we really making our own choices?

-Getting a mentor (9). Having an objective person to remind us how amazing we are when we are feeling low, and in what areas we can change and grow in order be the best version of ourselves.

-Surrounding ourselves with friends who are a good influence on us, and who bring out the best in us.

–Stopping to label ourselves. We are human, and making mistakes is a part of life. G-d woke us up again this morning because He believes that we will do better today than we did yesterday. Now let’s start believing in ourselves. Labeling is limiting.

-Reminding ourselves constantly that we have a part of G-d in us, who is infinite. Therefore, we have infinite capabilities (10). Literally. We can accomplish anything we set our mind to.