Marriage Demystified by the Mystics 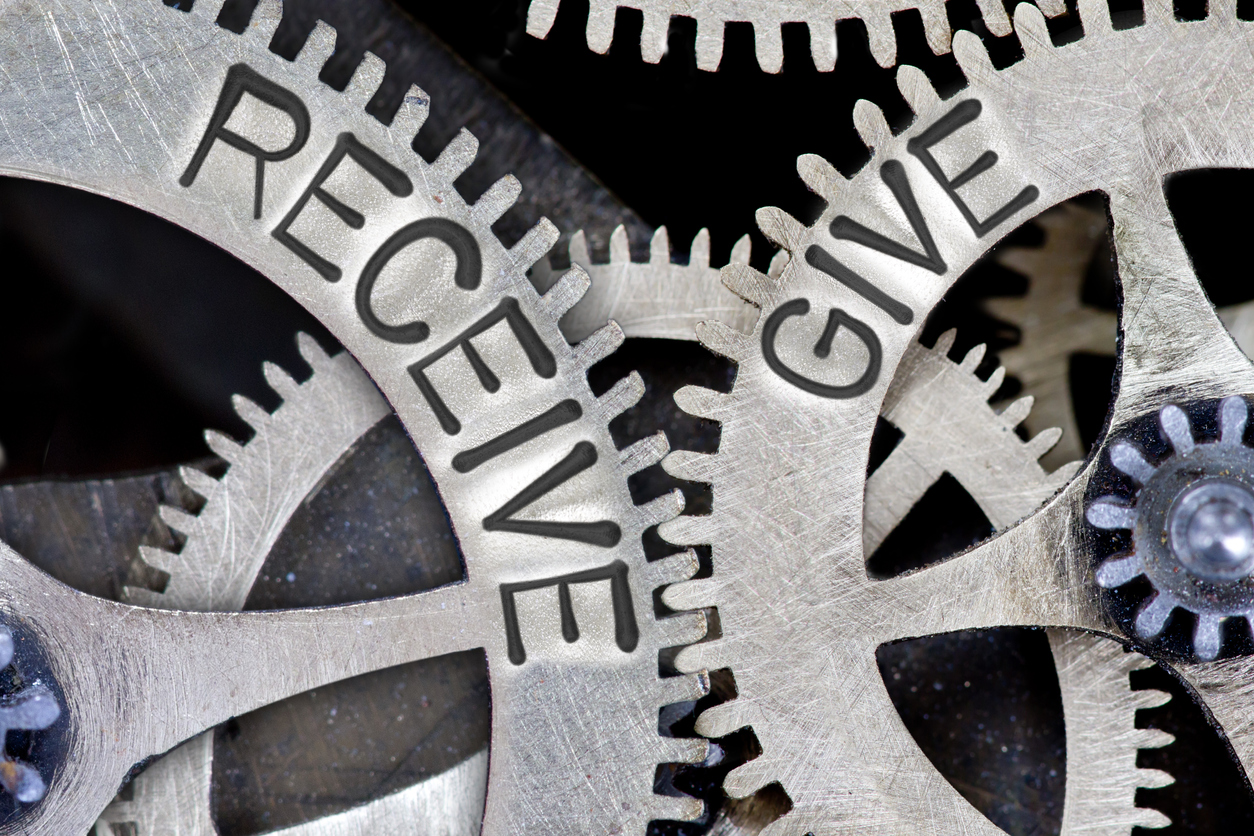 “I’m not attracted to my husband”, shared a wife. “Why isn’t Taharas hamishpacha working it’s magic in our relationship? The laws of family purity are supposed to create the perfect framework for passion in a marriage. What is missing for us?”

“My husband is just not capable of providing for my emotional needs.” shared yet another woman. “I laid it all out in therapy. Really, it is so simple.  All he needs to do is set aside a little time during the week to focus on me, to be genuinely interested in me.  Some affection, some attention, and a little time, and I’d be good to go! What is so hard about that? An hour or two of help here and there- I’m not asking for a lot!”

Communication, working out hurts, being open about your needs, what you like and what you don’t like.  It sets the foundation for your relationship, say the marriage experts.  Sounded really good.  What could go wrong with that?

“I cook meals for my husband, do his laundry and keep the kids quiet while he naps.  I don’t complain when I have to handle the household alone while he is away or out late. Yet, he complains that I don’t respect him” states one bewildered Mom.  Huh?

As I took in the relationships of the couples around me, I noticed an interesting phenomena.  I seemed to see a lot of women who were bending over backwards to please their husbands, help them, juggling kids and finances.  Yet they were pretty lonely and exhausted in their marriages.  Gosh.

What I and so many others didn’t realize is that we women have 2 distinct feminine energies. Both make up a profound and essential part of ourselves, yet they each have a different effect on our male counterpart.   One energy stimulates the male drive to be a Mashpiah- a powerful leader and giver, while the other energy inhibits his motivation to provide.

The sefiros, the Divine emanations that G-d used to create the world are designed as a male and female interplay. These energies are mirrored in our bodies, our psyche and our relationships.

The male energies are Chochmah- the visionary and Z”a- the provider and giver.  Within za the emotives of chesed- generosity, giving, and netzach- victory, conquest and leadership, are predominant.

The feminine energies have two distinct aspects to itself.  One is the mother nurturer which is based in Binah, gevurah and hod.  The other is the feminine receiver which is sourced in Malchus.

Binah is meivin davar mitoch davar- here is where the mother ably anticipates her childrens’ needs, well before they can articulate them.  Binah is a developer- the woman nurtures a child in her womb for 9 months- as each tiny detail in his body is formed. A woman is gifted in being deeply in tune with the individuality of her children to nurture them. She notices the details and figures out all the ‘how tos’ in raising her family. (Ever notice the difference between a ‘father supper and a mommy supper’?)

Gevurah is discipline- think of a mother who can manage a busy household, perhaps a job or shlichus as well, a full shabbos table, all while juggling bedtime and nursing a baby.  Structure, routine. That is binah and gevurah at their finest.

However, a woman is also Hod.  Hod, is beauty and humility.  The woman doesn’t want to be the leader in her home and family life. She could lead, and lead well, but ultimately it exhausts her.  It costs her her feminine spirit.  Her life blends beautifully only when she has the masculine leadership to lean on so she doesn’t have to shoulder it all. If she can not, then the whole fabric of her home will suffer.

Here is where I always got stuck.

Because here is where her husband needs to step in, right? She is exhausted, doing too much, she needs his help.  But he’s not stepping up. So she’s stuck.  She has to get a nourishing supper on the table, send the kids to school, stay on top of whose pants ripped, and who needs new socks, keep the laundry moving and settle everyone to sleep at a decent hour. She’s  gotta keep producing, because she is the one who sees the details and understands what needs to be done and how. If she doesn’t do it, who will?

Here is where the chassidic secret to the interplay of masculine and feminine energies lie.

When a woman is in her Binah gevurah energy, she inhibits her man from stepping up and providing.

Za, While being a giver and leader, naturally seeks to retreat and be nurtured within the mother.

As the Alter Rebbe writes, “Z”a rotze liyanek me’imo velo lehashpiah lematah”- Z”a, the divine channel Hashem designed to give energy and sustenance to the world would rather not give.  It actually prefers to be nurtured in it’s motherhead- the ‘eim’- which is Binah.  Why extend yourself when you can bask in the source of abundance.

So when a woman is personifying binah, having it all figured out, the man will retreat and his input will weaken.

Here is where the household routines and communicating needs all backfires. It works really well with children whose role is to follow and learn.  But not with a man whose strength feeds on initiative and vision. When a woman instructs a man how to carry out a chore, how he should be treating her, or corrects and intercedes with the way he handles a child, she emasculates him.  She inspires a lot of feet dragging and apathy.  And here’s where her husband starts asking lots and lots of questions regarding how he should approach a certain task, and the woman ends up feeling like she’d better just tackle it herself!

In order to inspire her man’s leadership and initiative a woman needs to step into her malchus self.  “כי צריך תחילה להעלות מן דנוקבא דזא” – There must be an elevation – an inspiring initiative – of ‘mayin nukvin from the nuukva- the feminine element of za- meaning malchus.

Malchus is known as the ‘mekabel’- the receiver to the man’s position as ‘mashpiah’ or giver.

Malchus inspires by the power of her willingness to receive.  A teacher can teach, but his teaching takes on a whole other dimension when he has a student that is hungry to learn. The man is designed to give, but his giving assumes a power and breadth when the woman who personifies malchus inspires his giving with the depth of her receptivity to him.

Receiving another doesn’t mean a resigned acceptance- as so many tend to refer to ‘accepting’ their spouses. Acceptance can be another way of saying, well, I don’t like this very much, but I have no choice, so I’ll live with it. Not very inspiring.

Real receiving is seeing the other’s greatness while not forcing it on them. Malchus hi hamekabeles as haor- Malchus is a receiver of light. The femnine receiver of malchus sees greatness in her husband regardless. She receives his core – pure G-dly light. At his core, every positive attribute is true and applicable.  Quite the opposite of the conventional wisdom that equates ‘being real’ with ‘being aware of problems’.  The feminne receiver looks at being real as looking for the ‘real self’. The light and the greatness in him.

So for example, let’s say the husband is handling a child, and voices are getting raised, perhaps there’s some physical contact. (Disclaimer- this applies when there is no danger to life and limb. Most probably you are married to a good guy and this will apply to you!) The binah self would be hard pressed not to step in with a nurturing presence and assure her husband she’d take over from here. Or perhaps she’d question her husband as to what happened and try to solve things. Sounds pretty reasonable, but there’s a heavy cost. Because by doing so she will inhibit her husband from owning his ‘hashpaah’- his influence as a father.

Much more powerful would be for the woman to be malchus, and get really present to the ways that her husband is a good father and she can trust his relationship with their children. Real receiving would be to stay out of the way- with joy, with love, with trust. Perhaps she can affirm out loud later if he seeks her input, “I trust your relationship with our children”. Sensing her receptivity  and willingness to receive the best in him despite his mistakes, is a powerful way to bring out the best in him

One woman shared that after she began receiving her husband this way and really trusting his strengths as a father, her husband began stepping up in ways for their family that she had never experienced before. Parenting became a lot less exhausting with her husband to rely on, and their intimacy improved exponentially!

Or let’s say to the woman who feels her husband is not capable of providing for her emotional needs. Perhaps! But more likely she has rejected the ways he has tried to show up for her as not being good enough and moved into instructing him. By being the mother nurturer to him, she devalued his role as giver. A feminine receiver stance would be to find the ways he shows up for her everywhere she looks! Even in something that she would normally see as his duty, say, going to work, as being all about him showing up for her and supporting her deepest emotional needs. This would sound something like, thank you for going to work and providing for me so deeply.  You give me a sense of security.

This will open his ability to provide for her more, and reach further to meet her emotionally.

All too often a woman underestimates the magnitude of what receiving can accomplish. Real receiving translates as respect to a man. The meals, the laundry, the house, is all secondary to a man being able to look in his wife’s eyes and know that he is received.  Respect comes when he can mess up and not be disapproved of for it. In fact, in his position as mashpiah he’d rather you not work so hard for him, and be too depleted and exhausted to see his greatness.

Laws of family purity create the best framework for intimacy. But the passion that fills it, is the rush of Malchus to Za.  The power of mastering the feminine art of receiving.

Being in her malchus space is deeply fulfilling for both the man and the woman.  Malchus is able to receive and be provided for, and Za steps into his purpose as the giver. When we perfect this dynamic in our relationships, we usher in the state of world peace when the Ultimate Provider will be united with us, His people.