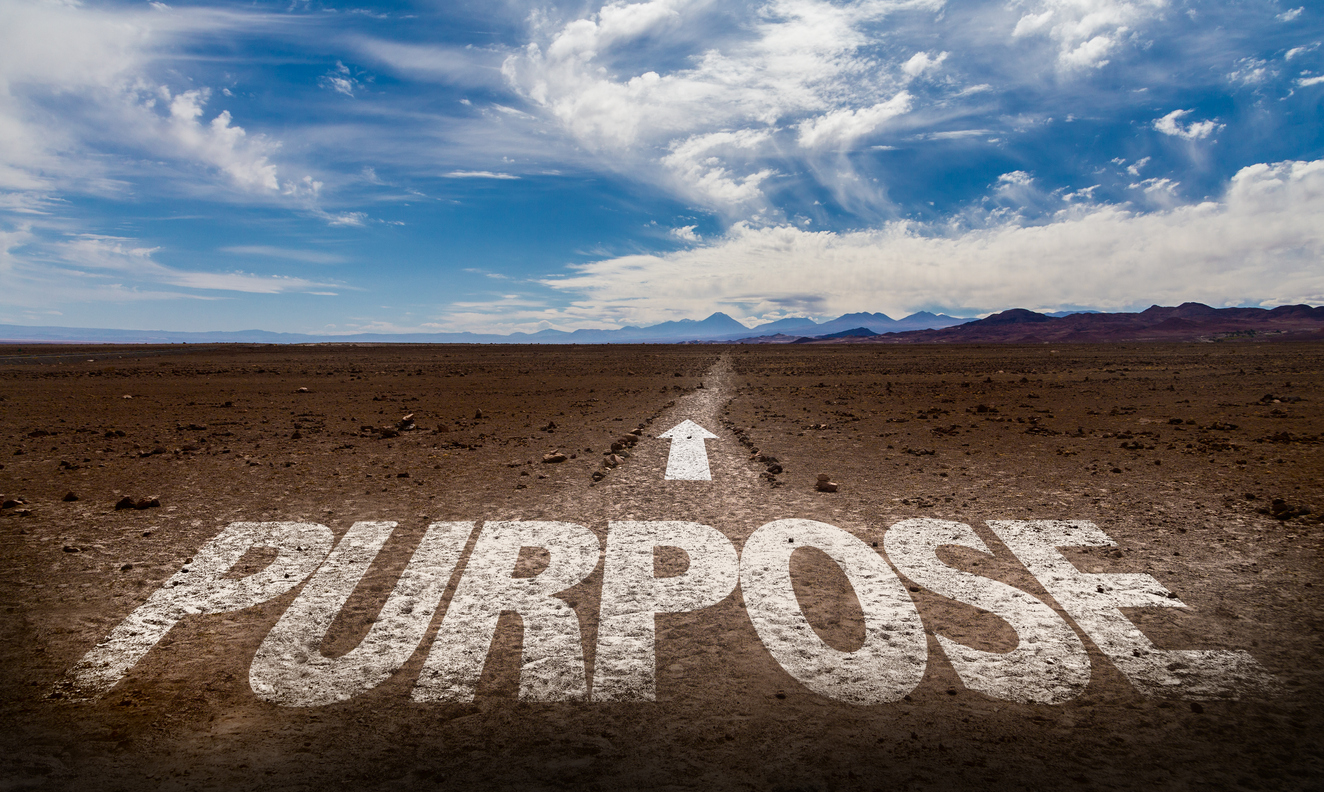 As the old saying goes “Knowing the cause is half the solution”.

At the root of some of the most widespread phenomena that plague the 20th century, Jewish psychologist Victor Frankl believed that there lay a fundamental, underlying cause. Frankl coined the term ‘existential vacuum’(1) to account for many modern troubles such as boredom , depression, aggression, anxiety and addiction. Frankl believed that amongst the primary need of man is an essential requirement for meaning and purpose(2). The frustrated will to find meaning may cause lifelong tension and unrest. Frankly went on to develop his school of Logotherapy whereby he describes how many of our challenges, conflicts and trials can be overcome and solved with the discovery of a meaning. The discovery of meaning may fall under three general areas:

Similarly, at the heart of Judaism lies a fundamental purpose and meaning. Combining Chassidic teachings with the modern language of logotherapy lends tremendous insight into methods by which to live a powerfully invigorating and meaningful existence.

Through creating a work or doing a deed

For Victor Frankl, the power of creating meaningful work was experienced first hand in his years spent in the concentration camps. In ‘Man’s search for Meaning’, Frankl recounts(3) how two men who had given up hope both talked of their intentions to end their lives. According to Frankl, what saved him was the realization that life expected something from him, rather than him expecting something from life. He had a task which he needed to accomplish before life was done with him. For Frankl, This task consisted of finishing a psychological manuscript which was halted and partially lost when the war began. For another man it was his child that awaited his return. For another, it was an unfinished book that only he could complete. Upon realizing that one has a goal to accomplish the individual “will never be able to throw away his life”. As Frankl famously said; “He who knows the why for his existence will be able to bear almost any how”.

So, we may ask ourselves:

Why are we here?

What goal are we working towards?

Is there a goal inherent in creation?

What is G-ds goal?

The concept of achieving G-ds goal is central to all of chassidic teachings(4). As explained in chassidus(5), G-d’s goal for creation was that this physical world should become transformed into a world where G-dliness is openly revealed to the extent that “all flesh shall see(6)” the revelation of G-dliness . With the world in a state of revealed G-dliness all obscuring concealments of godliness such as evil and negativity will become nullified. Bringing the world to a place of no “hate or jealousy, war or hunger”. This goal is achieved by revealing the essence of everything within this world(7), expressing how in truth this world is a manifestation of G-dliness. Through internalizing the goal of creation one is filled with a sense of purpose and meaning. Instilled with the meaning of one’s existence provides a reason for one’s “why” enabling him to persevere through any “how”. With the goal in mind all one’s actions become deeply infused with fulfillment and meaning realizing that everything one does is contributing towards the perfection of the universe. All one’s actions become united with a common goal. In the words of the Rebbe ” When one feels the purpose of all the details in his life, this brings him peace and makes him one complete person. This peacefulness also makes all of his actions more perfect and successful, and eventually brings peacefulness into the entire world.”(8)

Through a meaningful experience or encounter

We often wonder why we have to go through certain experiences or situations, at times the place, time or space we find ourselves doesn’t seem ideal. A point stressed in chassidus is that in the process of the world’s perfection we are all given our specific portion to elevate(9). Wherever one finds themselves, every sound one hears and sight one sees is all for a specific purpose.(10) Every single occurrence in creation is playing a part in the purpose of creation(11). Each person has their own unique and specific mission to elevate his experiences(12), only s/he has the potential to effect that set of circumstances(13). Wherever a person may find themselves at whatever time it is all divinely orchestrated so that one can fulfill their unique meaning in that moment(14). By elevating your portion of the planet one is enabling the revelation of G-dliness on a global level to become a reality. By harnessing the moment and infusing it with G-dliness, with the knowledge that you are bringing the world closer to its ultimate purpose, each moment presents the possibility to tap into a rich experience of meaning and fulfillment. Included in logotherapys second field of meaning is the ability to find meaning in every encounter and interaction. Central to our goal of reaching a perfected world is the importance of love for your fellow. One can approach every interaction in one of two ways. focusing on superficialities and externals or on the soul of the other. When an interaction remains focused on each other’s externalities, it will very often end up divisive(15). On the other hand a relationship which taps into a higher aspects of each other transcends any potential differences that distance us. Contained within each individual is a spark of moshiach(16), this spark is above any divisions and levels. By aiming to focus on the spark of moshiach within each person one focuses on the core of the individual and is able to connect with the essence of the other. Every encounter one has the opportunity to tap into one’s purpose. Each interaction is transformed into a cosmically meaningful interaction leading towards the ultimate goal.

By the attitude we take toward unavoidable suffering

In ‘Man’s Search for Meaning’, Frankel recounts an encounter(17) he had with an elderly general practitioner who consulted him lamenting his severe depression. This practitioner could not move past the loss of his wife who had died two years before and whom he had loved above all else. In response, Frankl posed the question; “What would have happened, Doctor, if you had died first, and your wife would have lived to survive you?” The gentleman responded “for her, this would have been terrible; how she would have suffered!” Frankl remarked “You see, such suffering has been spared her, and it was you who have spared her this suffering—to be sure, at the price that now you have to survive and mourn her.” This realization managed to soothe the grieving man.

Suffering ceases to be suffering the moment it has meaning. In a talk given on the anniversary of the passing of the Rebbe’s brother(18), the Rebbe pointed out that the difference between the Hebrew word for exile (גולה) and the Hebrew word for redemption (גאולה). The difference in the words consists of the letter Aleph א. The Aleph, being the first letter in the Hebrew alphabet represents the complete oneness in all creation, the one Hashem, the ultimate Goodness. The Rebbe expounded that what differentiates redemption from exile is the revelation of the Aleph in every aspect of the exile. Thus, redemption symbolises the revelation of the Aleph- the true Godliness and Goodness concealed within exile. The difference between what could be experienced as the most paralyzing of exiles can be transformed into an experience of tremendous and redemptive triumph through revealing the Aleph, the G-dliness inherent in all.

This key to redemption lies in our ability to choose to see the Aleph within the exile, to see the G-dliness within the dark. This redemptive re-evaluation has the potential to transform one’s attitude to suffering into an experience of liberation. Within every moment we have the freedom to adjust our attitude to the struggle and focus on the redeeming factor. While we may not always see the ultimate meaning in our suffering and the purpose to our pain, the knowledge that there exists a purpose that may surpass our finite mind can provide a measure of conciliation. The final Redemption will reveal how all that was experienced in the exile was all part of the scaffolding for building a perfect world. By remembering that everything comes from Above and is done only for the good has the potential to propel one through all struggle that life may present.

4 The dissemination of chassidus is line with achieving the goal .When Moshiach was asked by the Baal Shem Tov when he would come, his response was, “When your fountains [of Chasidus] will be disseminated to the outside. Kesser Shem Tov

6 Isaiah 40:5: “The glory of G‑d shall be revealed, and all flesh shall see together that the mouth of G‑d has spoken

10 As taught by the Baal Shem tov ” Every single thing that a person sees or hears, is an instruction to him in his conduct in the service of G‑d.”

11 As taught by the Baal Shem tov “Everything is by Divine Providence. If a leaf is turned over by a breeze, it is only because this has been specifically ordained by G‑d to serve a particular function within the purpose of creation.”