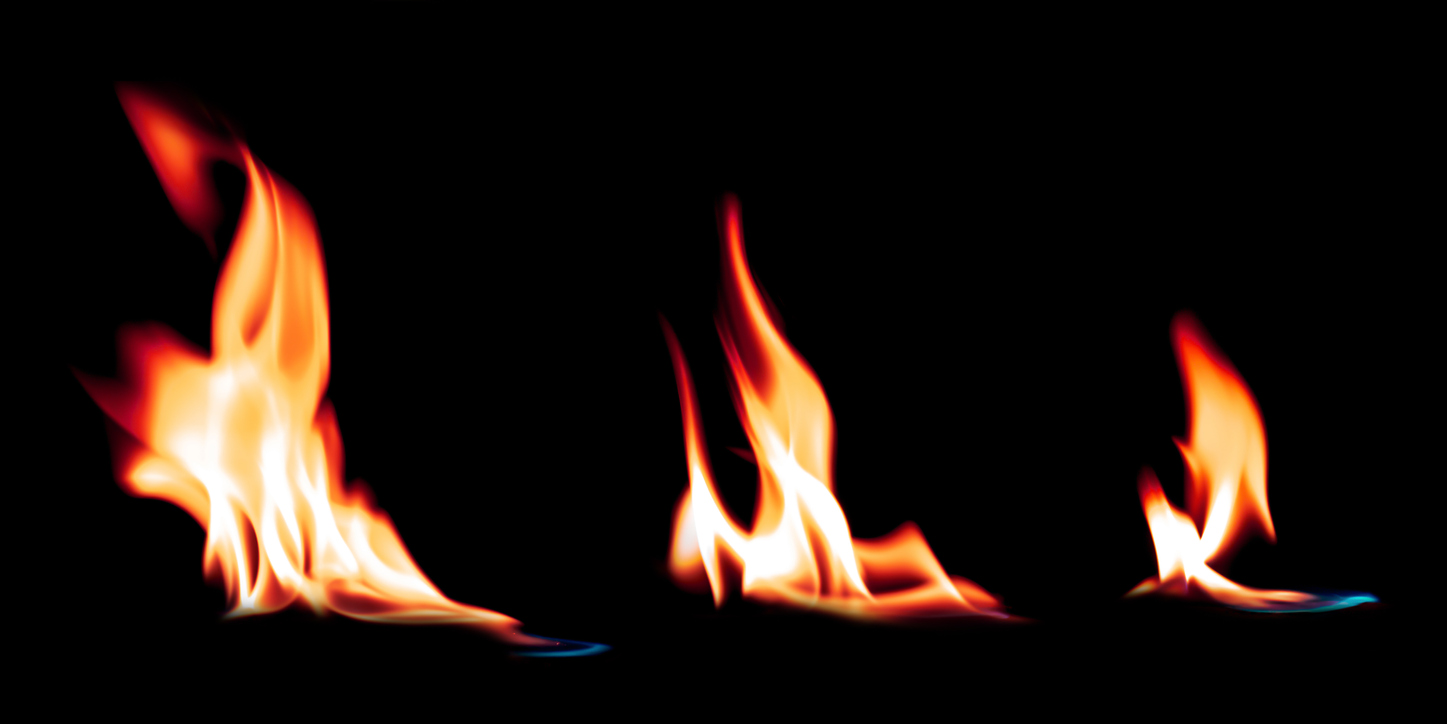 We were all affected in different ways by the murder of the eleven Kedoshim at Tree of Life in  Pittsburgh. The Shabbos morning of Chai Cheshvan 5779, I was on my way to Chabad in Squirrel Hill  when I saw and heard ambulances. At that time, I thought at first it was a major car accident or fire. I  wasn’t aware of what actually happened until about one hour later, 90 minutes after the shooting, when  those of us at Chabad were told the situation. I was too stunned to react to the reality.

When I arrived home, I saw people gathered at a neighbor’s house, a past president of the Tree of Life. I  went there to check on him. Dressed for Shabbos, the family took me for a clergy sent to bring them  final word on a husband, father, and friend. I cannot describe the reaction I caused. They had not heard  from him and it was 2PM already. He left late for Tree of Life that morning but not late enough. My  neighbor was Dan Stein, one of the 11 martyrs. Another friend who is a member did arrive after the  shooting and was turned away, thank G-d.

Since then, I have felt a case of survivor syndrome – why the murderer went there and not to my place  of worship that morning. In the days following we received an outpouring of support from family and  friends all over, from my non-Jewish co-workers, and from total strangers. It was gratifying to see their  true sorrow and support. We are also gratified by the brave actions of the police who stood in the way  of the shooter and his next targets.

On Shabbos for over eleven years I had prepared a short Torah word to share with friends during the  kiddush. In reaction to Chai Cheshvan, I began instead to write and recite a poem/rap every  week. Each is based on the weekly portion in the Torah. I try to find one verse that contains a message  of connection between G-d and the world. A few months after the shooting, I used a description of  practices in the Holy Temple described by the Torah to relate to the victims. My contribution is a  memorial I wrote to honor the victims. I was greatly honored to have it read by the clergy at a service in  Dor Chadash, one of the congregations that suffered tremendous loss.

I immediately connected the number of victims – eleven – to the eleven spices that constitute the  ketores, the spice mixture burned daily in the Holy Temple. The reference in the poem to count the  incense spices is part of the prayer service, three times each day. A custom some have is to count each  of the eleven spices by name, one-by-one on their fingers. Relating the spices to the eleven Kedoshim  keeps them in my thoughts as we read in the HaYom Yom daily calendar entry of the Lubavitcher Rebbe  for 14 Shvat: “Bringing someone to mind has the effect of arousing that person’s innermost powers.” Reading the various stories that contributed to the few words I wrote gave me a sense of the  contribution each individual martyr gives to our lives as survivors. The counting took on a whole new  meaning for me. Like the ketores spices, each martyr made an essential mark on the world and brought  unity between G-d and His holy nation.

I decided to memorialize the Kedoshim in my Parsha Rhyme for the portion of Tetzave some months  after the shooting. The poem is in several sections, some with multiple stanzas. The first two-stanza  section describes the burning of the incense on the golden altar inside the space of the Temple. While  animals were brought to the outside alter, only the incense was burned inside, with only one priest in  attendance. An outside offering is called a “karban” in Hebrew, meaning to come close. Hundreds were  present for that offering, accompanied by singing and musical instruments. The incense is called  “ketores” meaning bound together, and offered in solitude and absolute quiet. My message is that the  Kedoshim who died in sanctifying G-d’s name are now bound closely to G-d.

The Chassidic source for my poem is a sicha on Achrei from Likuttei Sichos, v. 32, p. 98-105. The  initial section of the sicha deals with death of Aaron’s two oldest sons, Nadav and Avihu. They were  taken while in the service of ketores, a service they initiated in the exuberance of celebrating the  opening day of the mishkan. The sicha continues with themes tied into the poem – why the  discussion of the golden altar is not in the same place as other articles built for the mishkan and  why the specifics of bringing ketores on the golden altar are unique. I repeat parts of the poem in a  right-hand column to explain to readers who may not be familiar with the source some of these  concepts in the context of the poem.

The takeaway message is captured in the concluding rap in the verse. We need to grow from the  tragedy. This means transforming our view of the world to make positive change, starting with  ourselves.

The golden altar where the incense is burned
Is described in an out-of-place way.
Not in Trumah where the other kaylim are learned
But instead in Parsha Tetsveh.
Kohanim brought offerings at the altar of copper
With instruments and songs of Levi-im.
For ketores burning it was only deemed proper
To offer in solo by Kohanim.

The Mikdash on earth is reflected above
By each service and each of the kaylim.
On the altar Michoel brings with kohanic love
The souls of the holy tzadikim.
But ketores reflect a more intimate bond
For kedoshim that still closer are brought
Those whose sacrifice goes far beyond.
G-d clings to them we are taught.

Ketores was made of eleven spices
Besomim one by one we count.
Together their fragrance was one that entices
G-d accepts this as paramount.
We recite the order of karbonos each day
That in closeness to G-d we should be.
Ketores are said as to G-d we pray
To be bound together we plea.

The kedoshim of Pittsburgh held closely by G-d
Have the same number eleven.
We think of them daily, with memory awed
By their special positions in heaven.
Each remarkable soul brought a role
That we hold in highest esteem
Each day in our prayers, one by one we extol,
For meaning in life to redeem.

The golden altar where the incense is burned
Is described in an out-of-place way.
Not in Trumah where the other kaylim are learned
But instead in Parsha Tetsveh. – after describing the garments of
the Kohen Gadol and the other Kohanim as well as their
inauguration ceremony
Kohanim brought offerings at the altar of copper – these were the
animal, bird, grain, and wine offerings
With instruments and songs of Levi-im. – once the sacrifices were
placed on the fire, the Kohen poured the wine offering
and the Leviim sang accompanied by musical
instruments
For ketores burning it was only deemed proper
To offer in solo by Kohanim. – located in the Holy portion of the
Temple, with the table and menorah. Only the Kohen
could be inside, and even outside everyone moved back
a distance from the entrance.

The Mikdash on earth is reflected above – there is also a heavenly
Temple
By each service and each of the kaylim. – through angelic service
On the altar Michoel brings with kohanic love – Michoel is the
angel who awakens G-d’s mercy on Israel.
The souls of the holy tzadikim.
But ketores reflect a more intimate bond – karban is an offering
and derives from the word kiruv to bring close. Ketores
is from keter, an Aramaic word meaning bound
together.
For kedoshim that still closer are brought
Those whose sacrifice goes far beyond.
G-d clings to them we are taught.

Ketores was made of eleven spices
Besomim one by one we count. – It is a custom handed down by
the Chassidic Rebbes that as the name of each of the
besomim is recited, the number of that spice, 1-11, is
counted on the fingers.
Together their fragrance was one that entices – all 11 had to be
present in specified amounts for each
G-d accepts this as paramount.
We recite the order of karbonos each day
That in closeness to G-d we should be.
Ketores are said as to G-d we pray
To be bound together we plea.

Richard Gottfried treated all who came
Giving to those in need
His generosity was a well-earned fame
Of loving kindness and good deed.
Irv Younger met all with only good cheers.
A comedian wanabe
When asked about his age in years
I’m Younger he’d reply happily.
Showing kindness to patients as a family physician,
Seeing patients across generations.

Jerry Rabinowitz held that esteemed position.
Earning a community’s adoration.
A giving man, my neighbor Dan Stein,
Was part of each synagogue endeavor.
With his family I prayed for some positive sign.
Their grief, a part of me forever.

A life of teaching to help others teach
Was Joyce Fienberg’s passion.
She cared deeply for effective outreach
In a unique and personal fashion.
Cecil and David the Rosenthal brothers,
Outgoing in life and in prayer.
Bringing only joy to others
At work or as honorary mayor.

Rose Malinger, a beloved mother,
Whose daughter was at her side.
A constant smile and good word for another
Giving joy was her lifelong guide.
The couple Simon, Syl and Bernice,
Were married by candlelight.
After 60 plus years, love only increased
From that of their wedding night.

First to arrive, was Melvin Wax
And always last to leave
A man of kind and humble acts,
Who led others to believe.
Remembering these precious kedoshim so dear
Whose gifts we cannot measure
Thoughts of their families and friends that are here
Bring hope that we all can treasure.

The Pittsburgh eleven are our inspiration
Their life values need no more explanation.
If we are to achieve our expectation
We can’t sit back without adaptation.
Take a new outlook, a new affirmation.
Reach out to those who need elevation
In ways that show our own dedication
Bringing G-d’s love and fragrant salvation.

A tragic event shouldn’t lead to a fall.
Don’t let the negative entrap.
By seeking positive action we can recall
The Kedoshim of this week’s Pasha rap.