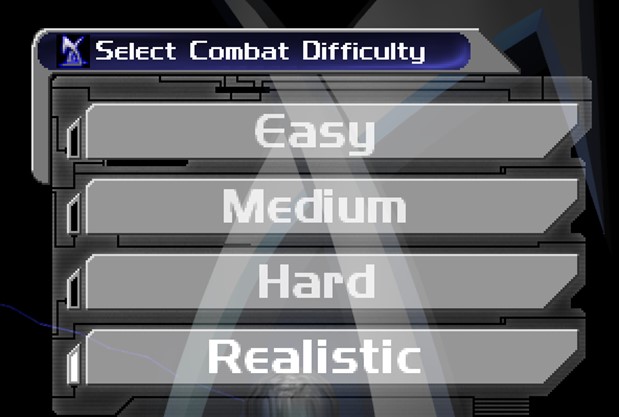 Everybody talks about having a hard life.

And modern life made our lives easier, around the same time Chassidus (knowledge of G-d) was revealed.

Life is supposed to be easy and full of enjoyment.

Life isn’t supposed to be hard.

But life has many issues. And this contest aims to solve them through the lens of chasiddus.

We might be able to sum up issues that we deal with in modern day life to two root things.

Loving and fearing the wrong things.

Chassidus proposes that that is because of a lack of loving and being in awe of God.

Thinking about God and the teachings of His Torah at length garners a love and awe for Him and gives us His perception for our daily lives, to be filled with Godliness and goodness.

The Mitteler Rebbe was a very lively child, and R. Shmuel Munkes (his friend) had a playful side to him. Now, as the little boy ran straight to his aged friend, he heard him asking R. Yossele of Shklov why he was so downcast.

He and R. Shlomo, who was also wealthy, both answered: “Times are bad, and business is slow”.

Hearing this, the child sat up and said to R. Shmuel: “Why do you need to ask for the reason for the melancholy (Heb.: עצבות)? Your question is answered by an explicit verse in Tehillim!”.

And he quoted it as if it were punctuated as follows: “עצביהם: כסף וזהב – מעשה ידי אדם”. Their עצב  (lit., ‘idol’, but here, punningly, ‘melancholy’) is the result of thinking that ‘silver and gold are the work of human hands…’”

And the prodigy preceded to spell out his lesson explicitly: “People succumb to melancholy because they are blinded and deluded and think that they acquire silver and gold as a result of their own endeavors. They think that the more business they do, running off to bring merchandise from the Leipzig fares” (which was exactly R. Yosef’s line of business) , “or racing off to Koenigsburg to buy up their wares”

(for this was where R. Shlomo Raphael’s used to buy his stock of costly liqueurs) , “the more silver and gold they’ll have. Businessmen become so blinded, that even though פה להם  – ‘they have a mouth’, and use it to study aloud the Chassidus they have heard, nevertheless, (to continue with the above verses from Tehillim), ולא ידברו. (Literally, this means, ‘they do not speak’. On the non-literal level of derush, however, the Mitteler Rebbe expounded this verb as if in the verse, ידבר עמים  – ‘He subdues nations’.

Hence:) ולא ידברו  – means that even those who do study Chassidus do not make it rule their lives; its study therefore remains pointless. Moreover, עינים להם ולא יראו – ‘They have eyes, but do not see’ the workings of Divine Providence. Likewise, אזנים להם ולא ישמעו -‘They have ears, but do not hear’ or perceive anything beyond the external aspect (the chitzoniyus) of things. As a result, even though אף להם  – ‘they have a nose’, yet ולא יריחון  – they have no spiritual sense of smell.

“Now add all this up concluded the Mitteler Rebbe,” and what do you get? Such a person becomes an Idol.

This multi staged poem stresses the importance of taking our time.

In our fast-paced world, we must train our minds,

to focus, dig deep and not rush this world that is sublime.

the more we can create

and the more we can pave new ways

for the world to be ever more great

with the coming of Moshiach

speedily in our days.

“At the festive table on Purim there was a powerful farbrengen, at which my father explained that people who study Chassidus attentively can attain the profoundest depths of conceptualization, literally at the level of sense perception.”

“…When one becomes profoundly engrossed in grasping the idea of some subject in Chassidus,” he said, “one senses the atmosphere of the Garden of Eden.”

Once upon a mother loving

there sprouted forth a darling sapling

who can be more precious than he to me?

rolled and wrapped to sleep

with sparks of oceans caring

with every glance to keep him fairing

beyond well while humming warmly

In her brown old kitchen

soup, on a simmering flame dancing

so so slow to not wake him from dreaming

all the while with a content type of smiling

Shutters that are old friends

with the windows which help lend

favorable skimming of light to trickle

to see to the skimming of curdled milk

and to then dance to the other side of the wall

to help draw out

who always wants to birth fun and

try and mimic the light

my dear readers be the secret to fight

a gloom of a marriage

in our too irritable age

You desert your family

to work in a foreign place

to make so much money

so you can go in haste

To a deserted island and eat dessert

then desert your family’s dirt

to live amongst foreigner’s unhurt

then go back home and wish your spouse might

be more cultured and family inclined

This kid wanted and needed

But this kid knew he wouldn’t be wanted or needed

to be a public figure to impart

for he has a nature too weird

and sad he slept

to God he spoke

and to his pillow he wept

Then one day he discovered a mask

and tried it on to hide his past

became friends with the limelight

until one dreadful night

he couldn’t breathe no more

through the mask’s holes

his purpose no more

shattered to the floor

He goes to the store

to return the mask

how are you doing today he sincerely asks

the cashier smiled then basked

shined then told him there should be more

He exits through the door

and worries no more

about his purpose on earth

Back in the day the rich ate

white bread and all types of delicacies

and the poor had to do with

black bread and all types of healthy things

Now the roles have changed

for all to enjoy material gains

and now the hot commodity

is to self-deprivate and abstain

We have finally seen

the poor person’s life could really be

I will let go

I will untie my cape

I let it slip to the floor

as I remove my mask

for the real me to see my face

to save me last

for I now see clearly

nobody needed to be saved

Nobody wanted my help

they wanted to save themselves

I was too childish to know

and too immature wanting to hold

That I missed to see

that soon the helpless