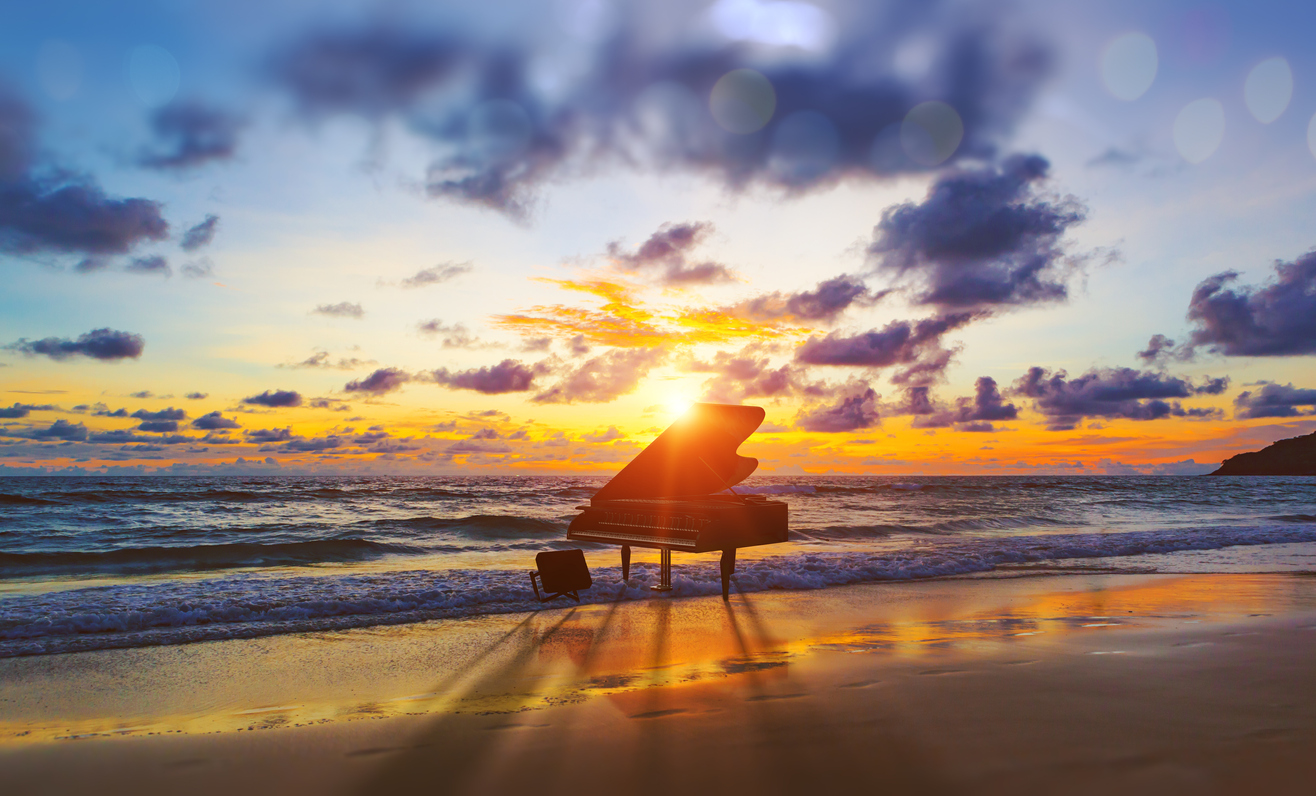 What a niggun is:

A niggun is the window to the soul(1). A niggun is a way to wordlessly express the soul. Because it needn’t have words, its capability to express is not bound by the restrictions of speech. It is for this reason that niggunim are sung so often by farbreingens; and while they sometimes act as a mental “palate cleanser” between concepts (or as a break so the farbreingers can digest what was said (2)), a farbreingen can actually drastically change its course after a hartziger niggun.(3)

A niggun is made to express a concept that the soul wouldn’t be able to express without it. Sometimes the composer is looking to express a passuk or a phrase (like “kol dodi” or “stav ya pyetu”), and while a casual thinker can understand the concept on an external level, he can’t “get it” unless he hears the niggun. Sometimes, however, the composer doesn’t have a divine phrase that can express his concept even externally, and then he has no choice but to express himself wordlessly (such as in “Shamil”). This is the case with the niggun that I wrote.

What inspired this niggun?

I wrote this niggun primarily when I was a bocher in shiur gimmel mesivta. While I know that, as a nineteen year old, I can’t profess to know what ages are turning points in a person’s life, I can definitely say that it was a turning point for me. I’d transferred from a school that has literally no secular studies to a more “modern” yeshiva that taught secular subjects, as at that point I had thought that becoming a professor of mathematics (or something to that effect) was my calling in life.

Then I started shiur gimmel, and my view started to shift, slowly but surely. I’d always taken a somewhat laid back approach to my Judaism, even though I was brought up in a mainstream chabad community. I was frum, and perhaps a bit “chassidish” (whatever that means), but it was mostly superficial. I knew a lot of halacha, and a fair amount of chassidus for someone my age, but it all seemed to be irrelevant to me on a practical level.

After being in that yeshiva for a year, my view had flipped almost completely. I’d developed a personal connection to yiddishkeit. I don’t think that it was any particular maamar or vort or anything like that; I acquired an appreciation of the simple fact that I should be putting in an effort to preserve my connection with G-d, and to grow it further.

With this appreciation, I felt like I was able to soar to new heights. My davening was starting to take up more of my time; when I learnt torah, I felt that I was connecting to G-d, not just reading some intellectual material. I started a myriad of “new” observances: chitas, rambam, and shnayim mikra are a few examples. It took concrete effort, but I poured it in eagerly. And then… I felt like I’d hit a brick wall. I knew that there was so much more to be done, but I felt as though I’d plateaued. It was frustrating to say the least, to feel one thing and know another. And again I worked hard; and after some time and a lot of work, I started climbing again. It settled into a kind of pattern; plateau, work hard, and get a burst of growth. After each iteration, I was able to look back on my past and think about how low I’d been then. After doing that enough times, I started to look forward, and think about how impossibly high I can reach. The niggun expresses this growth style of growth, which is described in chassidus as an interpretation of the scriptural words “bechol meodecha” or “with all of your assets(4).” The Rebbe explains this in the context of yearning for the ultimate: a connection with G-d Himself(5). A person can reach this level time and time again, because each time that he reaches it, he can only recognize the height that he reached by looking below himself, but he can’t see the peaks that await him above; he can only hope that G-d will grant him the might that is needed to climb those peaks.

The niggun has four stanzas, or “falen.”

The niggun goes back to the second fal, to express the leap of progress. I hope that this niggun can be used as a tool for some of these ideas to be expressed in a soul reaching way that may have not been possible before. 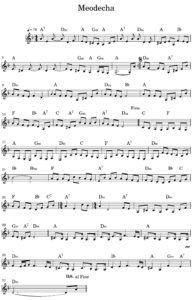 6 If it’s necessary, I can explain the whys and the hows of the music theory, but this is a cover page for a niggun, not a music analysis paper.

7 If I can make a suggestion, I think it would be proper to listen to the niggun before reading this part. I actually didn’t make an audio file of this niggun, because I believe that if the niggun is sung/played by someone, their soul will connect with it in a different way. Along a similar vein, I believe that reading an explanation of the niggun may take away from a pure interaction with the niggun.