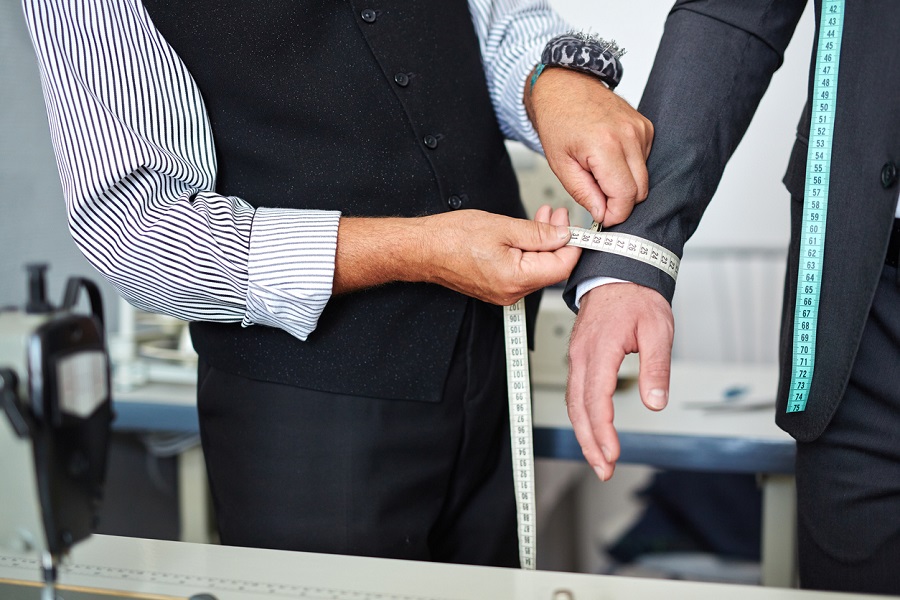 “You shall blot out the memory of Amalek from under Heaven. Do not forget.”

“My great problem is this: despite such moments, I continue to doubt.”

Prior to June 12, 1994 (Tamuz 3, 5754) many people believed the Rebbe was the Moshiach prophesied in the Torah.  175 prominent Rebbeim signed a proclamation[1] attesting to this certainty even though no clear confirming prophecy had yet been found. At first the Rebbe objected to being call Moshiach but as time went on he encouraged it. “All that remains to be done,” the Rebbe stated in sicho after sicho, “is to mekabel pnei Moshiach (to receive/accept the face/inner dimension  of Moshiach).” With Moshiach himself telling us what to do, mekabeling his face was a no brainer. It was almost impossible not to get swept up in the Moshiach mania this created.

Since then Amalek (numerical value = 240) has been hard at work cooling us off. So prevalent is the doubt  (“sofek“ in Hebrew = 240) this “chutzpa-nyak”[2] has manifested that nowadays, when one endeavors to open a discussion on this sensitive subject, the response, more often than not, is a very cold “let’s not go there.”

In his first book of Likutei Sichos the Rebbe anticipated this problem and gave us the solution: “we must go and fight a war with spiritual Amalek,” he says, “as a preparation for receiving the Torah’s inner dimension (Chassidus) through which Moshiach will be revealed speedily in our days.”[3]

Therefore, since the opposite of “doubt” is “certainty,” and since Moshiach will be revealed through Chassidus, the question this essay answers, and thus its thesis, is: what are some of the systematic practices and approaches Chassidus uses to show us how to eradicate our Amalekian doubt and thereby bring us to a level where we can be certain that the Rebbe is Moshiach?

“Living with the times” means living with the Parsha of the week.[4] The Rebbe began Shabbos farbrengens by identifying that week’s Parsha and discussing the relevance of its eternal teachings to the present day, as if to answer the question “where are we?”  Hashem did the same thing in Gan Eden when He asked Adam Harishon “ayeka” where are you?[5]

And what are we doing? Preparing for Shabbos, of course. Making sure that everything is ready for the final Redemption, the 3rd Temple, rewarding the righteous, and the resurrection of the dead.

And how do we know what to do? Because the Rebbe gave us a list of exactly what to do: Miftzoyim, learn topics on Moshiach and Geula, increase in acts of goodness and kindness, teach the nations of the world the Seven Laws of Noah, mekabel pnei Moshiach etc. At one point he even said he’s done all he can do and empowered us to do whatever else we can do.[8]

And why are we doing this? Because Hashem wants to consummate the chupa He started at Sinai with Moshiach, like Moshe before him, officiating at the wedding ceremony. Then His name and His throne will be complete.[9]

Therefore, the 3rd Temple, the main purpose of which is to offer sacrifices to Hashem,[10] must be built by the year 6000. For the next 1000 years, as a Nation of Kohanim, we will once again offer the Tamid, the most important daily sacrifice. In other words, by occupying ourselves with the Rebbe’s shopping list for our Chasuna we will soon be able to cook Hashem’s meals like a good housewife. The only thing holding this up is Amalek.

The Alter Rebbe, in Torah Or[13], states: “we see in Sefer Hatmuna that this world is the 2nd Shmita (7000 year period) and before it there was one Shmita elicited from (Hashem’s) attribute of kindness (chesed), and  . . . there has to be five more Shmitas (corresponding to all of Hashem’s seven attributes).

For the purpose of this essay the numbers derived from this Chassidic approach to time can be expressed mathematically as:

The Rebbe in Time

When discussing a Rebbe, Chassidus often puts emphasis on the age and the dates associated with him. We see this approach in statements like “when so and so was four or five years old,”[14] or “Rabbi so and so became the leader when he was 17 so Hashem turned his beard white”[15] etc.

Based on these dates it is important here to note that the Rebbe’s (revealed) term of office was (5754 -5711 =) 43 years. It is, however, possible to say that since no else could have filled the position (although others may have had wishful thoughts) he really was Rebbe for (5754 – 5710 =) 44 years. Also, from Sh’vat 10 until Tamuz 3 is almost five months. Rounding this up it could be said that he held office for 45 years.

Not Seeing What We Hear

The only thing our Nation accepts as “certain and true” is the Torah.[16] The question here is: is there a direct reference to Moshiach in the Torah that would make it clear and obvious that the Moshiach prophesied in the Torah is the Rebbe? Or is this  the Torah’s most hidden secret never to be known until the end of time?

Since the Torah is “the word of Hashem” it’s meaning is not always visible to our mind’s eye. Therefore Chassidus, the deepest hidden level of Torah, often unveils itself through the Torah’s simple meaning or p’shat.

For example: in Parshas Vayechi[17] when Yaakov is about to pass away he says to his sons: “Assemble yourselves and I will tell you what will befall you in the end of days.” Rashi, the master  of p’shat, writes: “he wished to reveal the end (the coming of Moshiach) to them but the Shechina departed from him and he began to say other things.” If anybody can see from this that the Rebbe is Moshiach he’d be the ultimate genius.

In Parshas Balak,[18] Bilaam says: “and destroy the remnant of a city” to which Rashi explains: “he says this about King Moshiach of whom it is said “he shall rule from sea to sea.” Has anyone built a lighthouse overlooking the sea of Torah tall enough to see how this refers  directly to the Rebbe?

Another method of Chassidic inference is the use of gematria, the numerical value of the words of Torah. This is the next level up from p’shat called “remez” or  “hints.” For example, Breishis 1:2 states: “and the spirit of G-d hovered.” On this the Baal HaTurim, the master of gematria notes: “the gematria of this phrase (1034) is equal to the gematria of “this is the spirit of King Moshiach.” But he doesn’t say it refers to the Rebbe. How could it? And even if someone could see how it does how could the Baal HaTurim see it then since he lived from 1269-1340, long before the Rebbe was born?

In fact, it’s truly a wonder! How can anybody, Sage or simpleton, interpret a prophecy in the Torah unless that prophesy has already come to pass?

Take Rabbi Moshe ben Nachman,  1195-1270 for example, also known as the Ramban. He wrote a treatise or  “drush,” the next level up from “remez,” called “The Book of Redemption”[19] in which he attempts to decipher the famous prophecy in “The Book of Daniel.” Of all the prophecies in the Torah about Moshiach this one is the most elaborate and at the same time the most cryptic. To date many have tried to crack it but all have failed. According to the Ramban, the Redemption was supposed to have begun in 5118/1358 and completed in 5163/1403, 45 years later. Obviously this didn’t happen.

And why not? The Rebbe said Moshiach will be revealed through Chassidus and the Baal Shem Tov didn’t start revealing Chassidus until he was 36 in the year 1734, some 400 years after the Ramban.

Not  Hearing What We See

Another practice Chassidus uses to reveal the mysteries of the Torah is “song.” After delivering a discourse at a farbrengen the Rebbe always directed his Chassidim to sing a nigun. One of the most powerful nigunim is sung in English:

“Am Yisroel have no fear Moshiach will be here this year.

We want Moshiach now, we don’t want to wait!”

The fact that we’ve been waiting for Moshiach for approximately 2000 years  might have something to do with the use of the words  “now” and “wait.” And since there is a prevalent doubt injected into us by Amalek as to whether or not the Rebbe is Moshiach, it seems that we are still waiting.

Perhaps we should take a closer look at what it says there in Daniel:

Chapter 12:6    Daniel asks the Malach Gavriel: “How long to the hidden end?”
12:7   Gavriel swears “by the Life of the World that in a time, times, and a half and upon completion of the fragmenting of the hand of the holy people, all these shall be finished.”
12:11 Daniel doesn’t understand so Gavriel says: “and from the time the daily sacrifice was removed and the mute abomination was emplaced, 1290 years.”
12:12 “Praiseworthy is he who waits and reaches to 1335 years.”

daily sacrifice was removed  – the day before Rosh Hashana 7000, the last Tamid (daily sacrifice)
will be offered in the 3rd   Temple

Praiseworthy is he who waits  –   but “we don’t want to wait / we want Moshiach Now!”

So here you have an interpretation of the most cryptic prophecy in the Torah clearly revealing that the Rebbe is Moshiach. This is not about calculating a “kaitz.” The kaitz already happened. The numbers are too obvious to deny and as today’s leading gematria-ist, says: “the numbers don’t lie.”[20]

But if this isn’t enough to eradicate Amalek and show with absolute word-of-Torah certainty that the Rebbe is Moshiach, then consider my use of Gregorian dates. Since the whole world uses these dates it would have to be said that they are also a thing of Providence, if only to confirm this prophecy. Rearranging the  number 1290 in Daniel we get 1902, the Rebbe’s birthday.

Yehuda Freeman was born in Winnipeg, Canada on June 21, 1949. (If you flip the numbers you get June 12, 1994 which is Gimmel Tamuz, so right out of the gate he had a pnimius connection with the Rebbe.) After acquiring University degrees in Philosohy, Literature, and Business  Administration, playing guitar in 12 bands, and CEOing his own publishing company, Chabad found him and turned him into a Baal Teshuva, Wall St. Financial Analyst, award winning Independent Film Maker,  Artist, and Song Writer, with 6 kids and 19 grandkids.