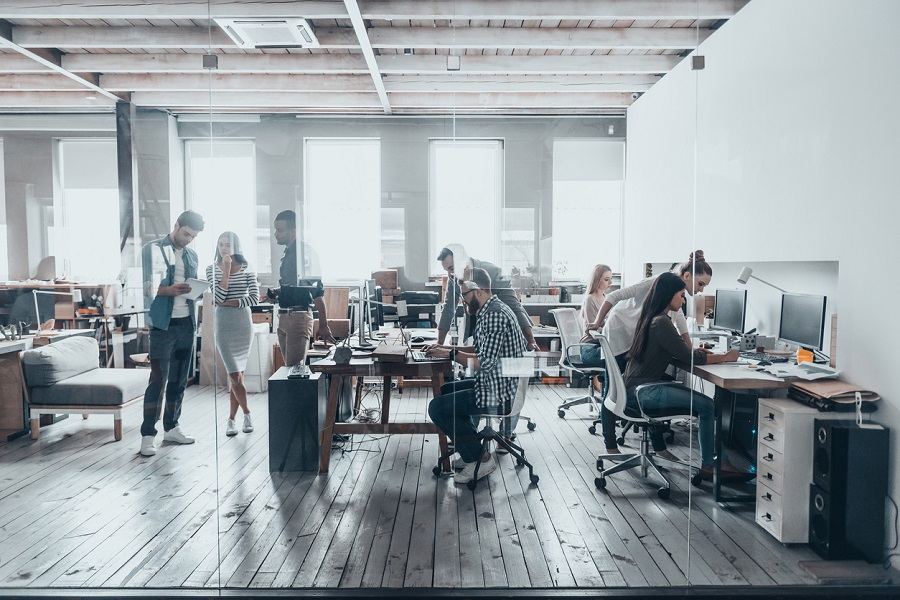 One of the most common struggles living as a religious Jew in a modern society is “fitting in.” Living amongst non-Jewish people, and furthermore interacting with them, working with them and befriending them can lead us to be shy and feel left out. It is for this reason that so many have been led to stray away from their religion and forget their Judaism.

A prime example was in the nineteenth century and twentieth century. When Jewish immigrants left their discriminated lives in Europe, and immigrated to America, “the land of the free,” with no anti-semitism, persecution and discrimination. Since they now lived amongst non-Jews, unlike life in their shtetls in Poland, where there was no anti-semitic opposition, it led most to ignore their religious foundations and values and live like the average person.

This challenge is a relatively new one, and even more so today, in the modern world of freedom, where, unlike old Jewish life, we live in prosperity, equality and freedom together with gentiles, allowing for capability of the gentile way of life to influence the mind of a Jew. In days of old, when Je ws primarily lived in shtetls together, without outside influence, assimilation and intermarriage was hardly an issue. Their primary challenges were discriminatory and prosecution through inquisitions, pogroms and holocausts, but today, it is a completely different challenge, one of secularism and assimilation. It is a time when seldom anti-semitic discrimination exists, living in freedom can make it difficult not to fall into the hands of secularism. It is primarily for this reason that, unfortunately, that 72% of Jews today are intermarrying.

In 1812, Napoleon’s army fought against the Czar [of Russia] and his for the Pale of Settlement (the western part of czarist Russia), where the Jews were constantly discriminated and persecuted with pogroms and were forced to live in poverty. They, therefore, hoped and prayed for Napoleon’s victory, which would grant them freedom and prosperity. On Rosh Hashana, in his synagogue, Rabbi Schneur Zalman of Liadi stood to offer a prayer to G-d requesting help for the leader whose victory would be a good result for the Jews. When everyone expected him to pray for Napoleon, he prayed for the Czar instead. Later he explained: “If [Napoleon] Bonaparte is victorious, then the power of the Jews will be elevated, and they will have plenty of riches. However, their hearts will become separated and alienated from their Father in Heaven.” This story thus illustrates the danger of living in a society of freedom and the influence it can have on a person.

‘Theodor Herzl… believed that “our enemies have made us one … It is only pressure that forces us back to the parent stem.” Herzl warned that if our “Christian hosts were to leave us in peace … for two generations,” the Jewish people would “merge entirely into surrounding races.” Albert Einstein agreed: “It may be thanks to anti-Semitism that we are able to preserve our existence as a race; that at any rate is my belief.” Jean-Paul Sartre, a non-Jew, went even further, arguing that the “sole tie that binds [the Jewish people together] is the hostility and disdain of the societies which surround them.” He believed that “it is the anti-Semite who makes the Jew.”’

So the question remains: How can we remain proud Jews? Ones that don’t get influenced by the atmosphere and resist assimilation.

Special Quality of a Jew

The primary cause of this challenge is feeling left out and different. However, all Jews share a very unique quality. See, in every Jew are two souls, as written “The neshamot (souls) which I have made,” alluding to two souls. One is coarse and worldly and is clothed in the blood of a human being, giving life to the body. However, the second soul is truly a part of G-d above (look in Tanya chapter 2 for more details and explanation). This concept is very well articulated in the following three stories and parables.

A story is told of a girl that left her home at a young age to study in a Yeshiva. In Yeshiva, the teacher would encourage her and her classmates to stay in school and not go back home often for surrounding themselves in the modern culture would rub off their Judaism. One time, after the teacher had just finished explaining this to her students, the young girl asked: “But we will be influencing others to come closer to Judaism.” To this the teacher responded with a parable: “If you have a pot filled with boiling water, and you then add a large amount of cold water, the boiling water will cool down. It is as well so with your Judaism, if you surround yourself with the culture, it will be cooled down.” The girl, cleverly, responded: “If the pot remains on a stove, constantly keeping it warm, the cold water will not only not have an effect, but will turn warm itself.” Teaching us that if our connection to Judaism remains —prayer, learning of Torah and so on—then we can rest assured that our Judaism will not be rubbed off.