ADD: The Key to Living A Productive Life 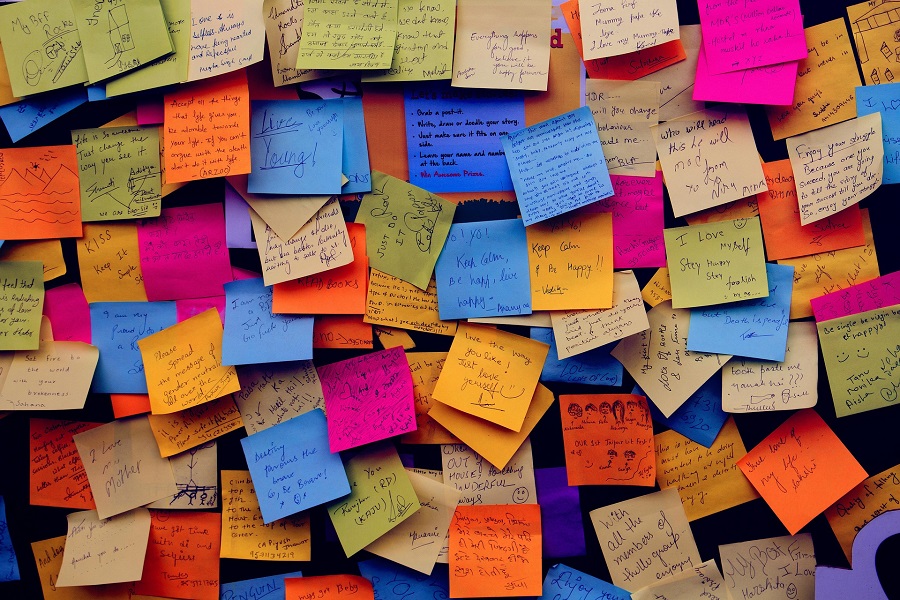 There are many challenges that make up the gamut of the human experience, from depression and anxiety, to lust and obsessions, from feelings of loneliness and doubts, to issues in a relationship. How does one live a productive, functional life, when the mind is bogged down by the above challenges? How can one show up to life and be present, when dealing with a real struggle?

In a surprisingly simple approach, Chassidus provides the tools to deal with a wide range of difficulties. This approach is like a master key- it can turn around a myriad of problems. The premise behind the approach is that your single most powerful tool is your active thought process- and your ability to direct it. By taking the reigns of what you think about, you can actually change your experience.

This approach can be summarized in three steps ( ADD):

Very  often, a person who faces a challenge will be consumed by it, spending an extraordinary amount of time analyzing it, wondering why it is happening, or trying to fight it. The first step is to accept that this is the reality, and the ferocious storm of thoughts will begin to subside. As the the Lubavitcher Rebbe wrote to someone who suffered from OCD, “Your doctor has surely informed you that numerous individuals find themselves in the same situation that you describe.”  Feeling unique or wondering why you were afflicted with any of the above challenges prolongs the feelings of suffering, and impedes you from moving forward.

In response to a person that wrote to the Rebbe that he was depressed, feeling that life was a burden, the Rebbe wrote “one of the foundations of our faith and way of life is the firm conviction that G-d’s providence extends to everyone individually, and that He is the Essence of Goodness and does only good…” It is the belief that there are no mistakes in G-d’s world, for everything is run with Divine providence, that allows a person to accept his reality and learn to live in a functional, productive capacity.

As soon as you can accept that for whatever reason that only G-d can comprehend, you were chosen to struggle with depression or anxiety, or to live with a challenging family member, or whatever reality you find yourself fighting internally, you can go ahead and be proactive about it. Which leads to the second step.

In Chapter 26 of Tanya, The Alter Rebbe explains that if one is plagued by thoughts of worry and guilt pertaining to spiritual matters in the midst of a workday, it is clearly a ploy of the evil inclination. The evil inclination is set on pulling a person down, for if it can succeed in hindering a person from functioning in a productive manner, that person is more likely to sin.

The Alter Rebbe’s advice? Establish a set time that you really will deal with the issue. And then throughout the day, when the inner voice tries to whisper in your ear what a terrible person you are , or what a terrible life you have, you can whisper back “I’ll deal with you tonight at 7:00. Not now. “

In this vein, whatever your challenge is, you can strategize an appropriate time and place to tackle it, by making an appointment with a mentor, doctor, marriage counselor, or trusted friend. If you’re so inclined, the “appointment” can even be with yourself. During this “session”, you can put into place all the practical tools that you will need, whether it is a change of environment, or taking medication. One specific segment of time will be dedicated to figuring out a “game plan”, from a rational place. This may entail getting to the root of your depression or loneliness and taking the necessary steps to avoid it in the future, or researching the best methods to combat an illness. Whatever your difficulty, you can avoid having it pull you down all day by establishing a set time to deal with it. The knowledge itself that you will work through your problem at a later time will allow you to focus and be present during the rest of your interactions, whether it is at work or home.

So what should you do during the rest of your waking hours, when you are not brainstorming specific methods to deal with your challenge?

Divert Your Attention To Something Else

Just like you a choke a fire out by depriving it of oxygen, you can “choke” your problems out by depriving them of your attention. The Hebrew term for this approach is “Hesech Ha’daas”- to divert your “Da’as.”

Da’as is your mind’s ability to focus intently on a thought, and to really connect to an idea. It is this focused concentration that gives birth to any subsequent feelings, whether it is love, fear, or any other emotion. For example, if you will use your da’as to think in detail about the time that your friend offended you ten years ago, you can actually bring yourself to feel feelings of resentment to your friend that were previously nonexistent.

Hesech Ha’daas means to divert, or direct, the powerful engine that is your mind, and actively choose what your daas will zoom in on. This is a form of active distraction, where you don’t fight the thoughts or feelings that are giving you a hard time, but redirect your thinking to something else entirely.

For example, if you are bothered by the fear of pink elephants, then it will only make matters worse to say “ I will not think about my fear of pink elephants.”  However, if you invest your energy into pursuing a hobby, reading a book, or working a crossword puzzle, then you will find your fear having less of a hold on you by the very fact that you are busy thinking about something else.

What about if you struggle with inappropriate thoughts at the most inopportune times? In chapter 28 of Tanya, the Alter a Rebbe writes  “ Even if lustful imaginings or other extraneous thoughts occur to him during his service of G‑d — in Torah or in prayer with kavanah,
he should pay them no attention, but avert his mind from them immediately.” Don’t argue with the thought, or engage in mental discussion on how to counter the thought. Just increase your concentration on what you do want to think about.

In many letters where people wrote to the  Lubavitcher Rebbe regarding various impediments to daily living, the Rebbe’s classic response was, “Hesech Ha’daas”- cease thinking about your problems, and your problems will cease!

When a fellow afflicted with panic attacks and anxiety wrote into the Rebbe, the Rebbe advised him to redirect his thinking, and divert his attention elsewhere, “Hesech Ha’daas”. Anxiety over having anxiety can be worse than the anxiety itself!

Similarly, the Rebbe replied to a person with Obsessive Compulsive Disorder, that whether or not he gives in to the compulsion, as soon as he experiences intrusive thoughts, he should immediately occupy himself with an action that has no connection to the source of the compulsion, “Hesech Ha’daas”. Obsessing over the obsessions can be worse than the obsession itself!

The Rebbe’s reply to someone plagued by doubts and questions in his faith was not to fight these thoughts, but to completely disregard them -Hesech Ha’daas- thus weakening their very power.

To a woman who was so depressed that she saw no point in living, the Rebbe responded, not with a lengthy discussion on why her life matters, but with the instructive words of “Hesech Ha’daas”- by literally throwing herself into other activities and engaging her mind, the depressing thoughts will diminish.

In so many instances, the Rebbe was consistent in his approach, for it is a cornerstone of Chabad Chassidus to believe that a person has the natural capacity to choose what his mind should dwell on, and can intentionally divert one’s thoughts from focusing on a problem to being engrossed in life itself. The moment a person stops thinking about an issue, his mind is too “busy” to experience the negative emotions.

Hesech Ha’daas will work regardless of what one chooses to think about, whether it is a forgotten project or just applying oneself better at work. However, when the thoughts one chooses to dwell on are Torah related, they are more potent, “for even a small measure of light banishes a large measure of darkness.”

Chassidus explains that the deep pit is symbolic of our minds. If our minds are filled with water, which symbolizes the holy and pure Torah, there is no room for snakes and scorpions, the various mental maladies that threaten to attack us like wild animals.

A few years back, I had a student who came from a difficult family situation. She felt very depressed about it, and worried that her dysfunctional background would really affect her future. I tried talking to her and encouraging her, as well as sending her to therapy, but she was quite bogged down by her situation.

When the year finished, I lost touch with her. I bumped into her some six months later, and was shocked by her transformation. She looked happier, lighter, and though nothing at home had changed, she had. A few minutes into the conversation, she mentioned a school-wide project that she had gotten involved in, which took many hours and left her feeling very satisfied. It was clear to me that this project had been a lifesaver- for her mental energy was completely focused on completing it, and not on her dismal family life. Hesech Ha’daas-  with the accompanying results.

Life can throw curveballs at you, and you may wonder how you can function and live a productive life without getting sucked into the whirlpool. Remember to apply the above formula, and instead of your thoughts being a runaway train, you can be the conductor.

Accept it: “My situation is exactly the way Hashem wills it to be.”

Deal with it: “I will think about it tonight in a frank discussion with my spouse.”

Divert your attention to something else: “For now, I will focus all my energy on my job, family, or hobby. I will disengage from the battle of my thoughts, and actively think about things that will bring me joy and sense of fulfillment.

The Talmud says that Moshiach will come “bihesech ha’daas”- classically understood to mean while we are distracted, not awaiting his coming. The Rebbe teaches that on the contrary, we must focus on actively anticipating the redemption, operating first from our da’as and then from a level beyond our da’as, and it is this form of hesech ha’daas that will bring Moshiach.

May it be G-d’s will that by proactively utilizing our awesome brainpower to practice hesech ha’daas, and learning to function as productive and healthy Jews, we will indeed merit to have the coming of Moshiach – due to our hesech ha’daas.