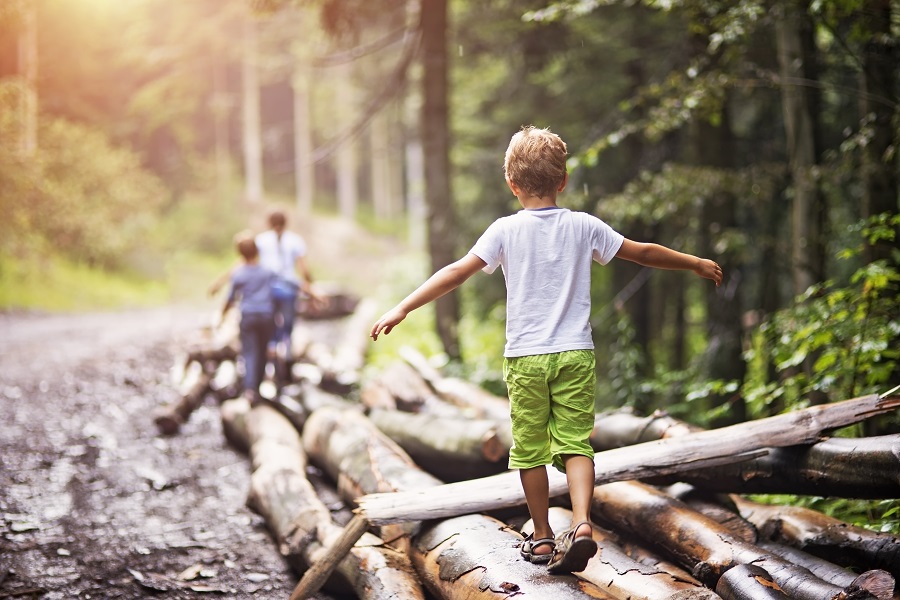 Introduction
Chaim is a 14 year old boy who struggles in school due to lack of motivation and low self-esteem. To pass time, Chaim likes to hang out with the “wrong” group of friends who provide him with the attention he lacks at home. In fact, ever since he can remember, his parents have disregarded, disrespected, and ignored him. Today, Chaim feels incapable and worthless. This anecdote portrays typical problems that youth’s constantly face. Clearly, the way in which a child grows up can have significant effects on how he or she will turn out as an adult. Psychological models like Maslow’s self-actualization theory[1] believe that in order for a child to grow up stable and healthy, his parents, guardians, or teachers need to satisfy both his basic and psychological needs. What kind of tools can one use to meet these requirements? For many years, Jewish people have used Chassidus as a toolkit to deal with contemporary issues. As such, how can Chassidus provide specific strategies for parents who look to raise emotionally stable children? More specifically, which concepts in Chassidus can help a parent meet the essential needs of a child? When one analyzes the benefits of Ahavas Hashem (love of God), Ahavas Yisrael (love for one’s fellow Jew), and Ahavas Hatorah (love for Torah), one can conclude that a parent can meet the needs of his child through the three Ahavas.

Defining the needs parents have to meet in order to raise stable and healthy children
One of the greatest concerns in education involves how to raise emotionally healthy humans that can tackle the outside world with confidence and strength. According to Maslow, a child can reach the highest level of fulfillment and completion so as long as his parents/guardians take into consideration his basic and psychological needs. These needs consist of food, sleep, security, friends, self-esteem, acknowledgement, strength, etc. A parent that does not provide a warm and caring environment for the child results in a child with low self-esteem, low self-confidence, aggressive behaviors, etc. Although these psychological needs have proven important, Chassidus adds another requirement which consists in one’s deep desire to connect with God, as every Jew possesses a Godly soul that stems from the inner most part of God. As the Alter Rebbe states in chapter 3 of Tanya, “This loving thirst is derived from the element of fire in the divine soul.”[2] In other words, a person’s spiritual desire stems from his need to connect to his Godly source. As such, how can Chassidus provide parents with specific guidelines that can meet both the spiritual and psychological essentials of the child? Parents can use the Chassidic concepts of Ahavas Hashem (love of God), Ahavas Yisrael (love for the fellow Jew), and Ahavas Hatorah (Love for Torah) to meet their child’s needs.[3]

Firstly, to satisfy the child’s spiritual needs, parents must instill in their children Ahavas Hashem (love of God) as every Jew needs to feel the love and connection to his source. The Alter Rebbe explains that every Jew desires to feel Ahavas Hashem for every Jew possesses a Nefesh Elokis (godly soul) that comes from the most intrinsic part of God. The Alter Rebbe explains that in the same way the flame of a candle tries to move upwards towards its source (the sun), so too, every Jew needs to feel the love and connection to his godly source.[4] As such, parents need to look beyond their child’s mere physiological needs like food and sleep and consider the spiritual need for Ahavas Hashem. As written in Devarim (Deuteronomy) 8:3, “Man does not live by bread alone, but by everything that comes from the mouth of God.” [5] Nevertheless, how can parents satisfy their child’s need for Ahavas Hashem? One of the main ideas Chassidus talks about in relation to education relates to the concept of Dugmah Chaya (role model), which emphasizes the idea that a child will naturally copy the actions of his parents. As the Rebbe once responded to someone who asked him what to do for his children to come out good, “when they will see that in your home you conduct yourself as God desires, they will want to emulate your  behavior.” [6] Hence, to encourage and motivate the child to arouse his Ahavas Hashem, parents must arouse the love within themselves. In chapter 4 of Tanya, the Alter Rebbe explains that one of the ways to arouse one’s Ahavas Hashem consist in the fulfillment of the Mitzvos (God’s commandments), which he compares to the organs of Hashem.  In the same way human organs work as vessels for specific powers, like an eye that covers the power of vision, so too, God’s Mitzvos work as vessels for God’s will. Thus, when one fulfills Hashem’s Mitzvos, one unites with God and then feels the Ahavas Hashem expressed through that Mitzvah.[7]

Therefore, parents must show their child how to incorporate Mitzvos into their everyday physical activities. For instance, to encourage a child to make a Bracha (blessing) on food, parents can say the Bracha out loud; to encourage the child to give Tzedakah (charity), parents must give Tzedakah etc. Once the child physically fulfills the Mitzvah, his body[8] becomes the clothing that God is wearing[9], and with that connection, he will behave with Hashem in the same way he would behave with a dear friend. In other words, the child, immersed with a feeling of love, will want to fulfill the Mitzvos with happiness, excitement, and joy, and with his spiritual need satisfied, he can grow up without emotional voids that could have caused bigger issues down the line.

Secondly, to satisfy the child’s psychological needs, parents must closely observe and model the commandment of Ahavas Yisrael (love for one’s fellow Jew), which will help provide a conducive and healthy environment for the child. As previously mentioned, psychologists like Maslow have attributed child instability to damaging environments that make the child feel stressed, incapable, and worthless. For instance, a parent that ignores his child, fights with his/her spouse in front of his child, or disrespects his child, can result in long lasting negative effects. Thus, how can Ahavas Yisrael help a parent provide a warm, caring, and conducive environment? In chapter 32 of Tanya, the Alter Rebbe explains the Jewish commandment of “Love your fellow as yourself”. The Alter Rebbe explains that such love can only exist when one recognizes that he and his fellow Jew comprise one entity. In other words, only when one understands that every Jew possesses a Nefesh Elokis (Godly Soul) that stems from the same essence of God[10], can one grasp the notion that Jewish people form one being. As such, in the same way that one body part would not harm another body part, so too, one Jew would not harm another Jew[11]. With this understanding, one could literally fulfill the commandment of “Love your fellow as yourself”, as both the “fellow” and the “self” make up one single person.

Finally, to satisfy both the spiritual and psychological needs of the child, parents need to instill in their children Ahavas Hatorah (Love for Torah). In chapter 4 of Tanya, the Alter Rebbe compares the Torah to water as in the same way water comes from heaven to earth, so too Torah stems from the essence of God and travels down here. Although the Torah comes down with garments that cover God’s soul, the Torah and God form one entity as the essence remains the same[12]. As such, when a person learns Torah, he unites with God’s essence, and similarly to when he performs Mitzvos, develops this Ahavas Hatorah he so desires. Hence, when parents encourage children to learn Torah, they can satisfy their basic need and desire to cleave to Godliness. Moreover, with regards to the child’s psychological needs, parents can use the Torah as a tool to strengthen the mind by pushing away “negative” thoughts. As stated in Chapter 27 of Tanya, “To subdue the evil impulse and the thought that rises from the heart to the mind, and to completely avert his mind from it.”[13] Ahavas Hatorah can help push away negative thoughts as when one studies Torah, he fills up his mind with positive thoughts. When parents understand how learning Torah can satisfy both their child’s spiritual and psychological needs, they will then encourage their child to learn Torah either by learning with him, rewarding him, role modelling, etc.

Practical application of Ahavas Hashem and Ahavas Yisroel for parents

Medicine: Ahavas Hashem for the child’s spiritual needs (eg. Need to feel connected to God)
How: Be a role model to encourage child to fulfill mitzvot that will connect him to his source (God)
Practical Examples:

Medicine: Ahavas Yisrael for the child’s psychological needs (attention, value, self-esteem,etc.)
How: Treat your child as you would treat yourself as you and your child make up one person.
Practical Examples:

Medicine: Ahavas Hatorah for the child’s spiritual and psychological needs (feeling connected to God and mind control.)
How: Encourage Torah learning by understanding how Torah connects one to God and pushes away bad thoughts.
Practical Examples:

[3] Although Ahavas Hashem and Ahavas Yisrael are explained according to Chassidus, the strategy for parents comes from the author’s interpretation.

[5] Famous passage in Deuteronomy where the Ari explains that man needs the spirituality in the food.

[8] If the child gives Tzedakah, for example, his hand becomes the clothing of God.

[11] The Talmud Yerushalmi, Nedarim explains Ahavas Yisrael with the parable that if one man were to cut a piece of meat with a knife and by mistake cut his hand, would one imagine that one hand would hit the other to reprimand it?