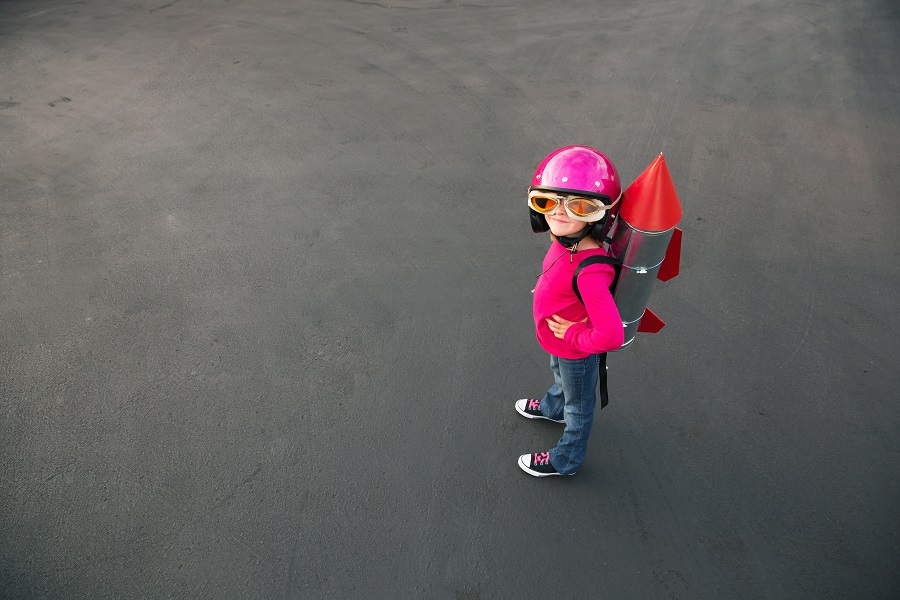 Abstract: It is all too common that members of today’s generation are constantly comparing themselves and their lives to the lives of others. In doing so, they attempt to gauge their “marketplace value” in order to judge their relative self-worth, social standing, and quality of life. This comparative self-analysis is expressed most prominently in social media culture, where participants outwardly project an image of themselves and seek recognition to reaffirm their self-worth. Additionally, members can scour their news feeds to reference the life accomplishments of others for the sake of appraising their own self-worth. Such a corrosive culture diminishes healthy self-esteem and happiness, and in turn, burdens an individual’s fulfillment of his purpose in creation. This essay will attempt to demonstrate the unique insights of Chassidus in addressing these problems.

Rabbi Yisroel Baal Shem Tov, the founder of the Chassidic movement, was once walking with a student in the woods. To demonstrate the concept of Hashgacha Pratis (Divine Providence), he pointed to a leaf being blown from a tree that in turn fell to the ground above a worm on a very hot day. He remarked that G-d blew the wind and made the leaf fall exactly as it did in order to provide much needed shade for the tiny worm from the scorching heat of the sun. The fundamental way in which Chassidus views the world is that all things are under the particular guidance and direction of Hashem. That everything has its place and function in G-d’s grand scheme of Creation, and that every moment in time is imbued with Divine significance, is
derived from the fact that G-d constantly re-creates the world and all its details at every moment (Shaar HaYichud VeHaEmunah, Part II of Tanya). More concisely, if G-d did not want it so, it would not exist as it currently does. If internalized, one can appreciate how even the smallest details and moments in the universe are infinitely valuable and critical in advancing Hashem’s Will and Purpose. It is clear Hashem determined that if not for these particulars, the world should cease to exist, for if not, why continue to re-create it? What differentiates mankind from all other facets of creation, is that G-d granted us free will. Consequently, man and woman are capable of not fulfilling their purpose on Earth by choosing to do something that runs counter to His intended design. The wind must blow, the leaf must fall, the sun must shine, and the worm must seek shade. However, the human being, due to Hashem’s concealment and his own free choice, can become distracted and unaware of his role, thereby obfuscating his intrinsic value and infinitely potential impactfulness on the world. Chassidus can help illuminate this obscurity and distortion characteristic of the human struggle to understand self-worth and purpose.

If an appraiser wishes to assess the value of a property, he must evaluate it in reference to comparable entities, such as neighboring homes and their most recent sale prices. The appraiser therefore wishes to gauge the worth of the product were it to be sold in the market of competing buyers and sellers. In a similar vein, people have always sought to establish their own value and degree of success vis-à-vis relational comparisons. Today, where information is readily shared and available on the internet, the negative effects of such methodology are amplified and more rampant than ever before. Facebook, Twitter, Instagram, and the like have modified human value and success, reducing them to derive self-worth from how many “likes” they can generate. In the perfectly competitive capitalist marketplace of Facebook, the appreciation or depreciation
in “price” of one’s value and collective accomplishments is contingent upon the comparative ranking to the perceived value, success, and happiness of one’s “friends’.” Such a marketplace encourages people to project an image of themselves that is bloated (artificially inflating their value) in order to constantly outdo their peers. At the same time, people see the so-called
glamorous lives and successes of others and believe their own lives and successes to be deflated.

This pathological cycle of comparison and self-assessment takes two infectious forms.
One manifestation is narcissistic envy: people become envious of what others have been blessed with, whether it be wealth, intelligence, upward career mobility, and so on, and believe themselves to be more deserving of it than them. This leads to contempt for others, self aggrandizement, and unhappiness.
The second manifestation is jealousy: people become jealous of what others have and think less of themselves, concluding that these qualities and the ones who possess them are great and they themselves are clearly undeserving and not great. This leads
to low self-esteem and depression. This is ostensibly not the proper way to live one’s life.

Benchmarking and competitive personal evaluation can be healthy and helpful if it stems from admiration and a desire for self-improvement. One can appreciate the greatness of another as it is expressed in his ability to give charity, be persuasive, connect well with others, be sensitive and empathetic, be self-disciplined yet energetic, and the like. In comparing oneself, a person can positively humble himself to see where he can improve and what he should strive for. Through admiring the other, he can establish a role-model to look after and an example to follow. Such “jealousy” can be positive (HaYom Yom, 19 Nissan). Although this attitude presents a healthier mindset than one stemming from envy, it merely readjusts one’s approach, and does
not address the underlying ills of respective comparison. Chassidus provides a unique understanding that can alleviate these issues and strengthen a person’s dignity and ability to carry out his mission in the world.

It is necessary to understand and internalize the concept of Hashgacha Pratis as it relates to mankind in order to resolve the issues exemplified by today’s social media culture. The Baal Shem Tov, and in turn the Rebbes of Chabad, have taught that wherever one may roam, he is an agent of the Almighty and obligated to do something positive at that moment, because it is
Divine Providence that established his circumstances and brought him to that place (ibid., 5 Adar I). The corollary is that since the whole world was designed for mankind to use in service to his Creator, and his Creator directed him to this exact moment with all its small details, then given the resources at hand and his own talents, he is endowed with the potential to further G-d’s
ultimate purpose in creating the universe – he need only apply himself and actualize this G-d given ability (ibid., 9 Iyar).

Distinct from the ability given to him to fulfill his mission, man is given a soul. This soul is described in the second chapter of Tanya as “a piece of G-d Above, actually.” The Neshama (soul) therefore establishes the inherent, incorruptible, Divinely-infinite value of an individual. Independent of a person’s actions, he is intrinsically worthy of life. Since everyone is endowed
by their Creator with such a soul, each person is of equal value and importance in the eyes of the Almighty. Nine of the greatest Torah sages cannot form a prayer minyan, but a quorum of ten simple folk can indeed do so, meriting the Shechinah (Divine Presence) to dwell among them. If one is misbonein (meditates deeply) on these two Chassidic concepts simultaneously, with the earnest intention of internalizing these truths to the extent that they practically re-program his modus operandi, he will live a more meaningful life.

Contrary to popular culture, such an individual will not be bothered or concerned about the successes of his peers. The basis of his value will not be his relative standing, but rather his inherent self-worth. In doing so, he will not feel compelled to gloat and compete or find others’ achievements contemptable. Instead he will cultivate a joyous and tranquil state of mind from his
healthy self-esteem. Upon meditation, he will recognize that he is exactly where he needs to be, given all the attributes and resources necessary to do what he must to accomplish his mission in life, irrespective of others’ feats.

The Lubavitcher Rebbe advances these concepts even farther, revolutionizing our understanding of actualized potential. Regarding utilizing our abilities, it is written in HaYom Yom, “Every individual is required to serve G‑d according to his nature and spiritual level. A person who can pierce pearls or polish gems, yet occupies himself with baking bread, is
considered to have sinned, even though this too is a much needed task. The parallels to this in our Divine service are obvious” (25 Nissan). In addition, the Baal Shem Tov has said that a soul can descend into this world for seventy or eighty years just to do one favor for another person (ibid., 5 Iyar).

With this in mind, the Rebbe further develops the value of an individual’s unique contributions in respect to all of creation. In a reshima from his notebook (Mind over Matter, pg. 212, adapted from an essay by Yanki Tauber), the Rebbe analyzes Pascal’s Law of Hydrostatics. Torah, and therefore life itself, has “liquid” properties. The natural laws that govern liquids are distinct from those that govern solids. The two variables that determine the downward pressure per square inch exerted on the bottom surface of a tube containing water are height and volume. Although some individuals may have “broader” or “narrower” “bases” (i.e. they are blessed with talents or in positions to either have a far-reaching influence on society, or not), and others may
have “broader” or “narrower” “tops” (i.e. greater or lesser intellectual or emotional capabilities), our vessels are all of equal height given the fact that we each possess a G-dly soul that connects us equally high Above. Therefore, the remaining variable affecting the downward pressure we exert (i.e. the impactfulness of our actions on Earth in advancing G-d’s plan), is volume. The Rebbe teaches that if we “fill our tanks,” that is, actualize our G-d-given potential, one person’s impact on the world at large can be just as meaningful as another’s. This novel insight means that the actions of Albert Einstein in contributing to the field of physics and the Manhattan Project can be of equal value and import as the actions of an unlearned farm boy, solely on condition that each is actualizing his potential to the utmost of his ability. This extraordinary lesson demonstrates that each individual, male or female, old or young, educated or ignorant, healthy or not well, has a mission in this world that is unique to him such that only he can fulfill the opportunities before him – the pieces of creation that G-d left incomplete for him to actualize.

The Chassidic Rebbe, Reb Zushya, said on his deathbed, that when he ascends to the heavenly court above, he will not fear their probes about why he was not more like Moses, or more like King David. Rather, he dreads that they will ask him why he was not more like Reb Zushya, and he will not have an answer. Today, it is essential that people do not lose sight of
their inherent value and Divine mission on Earth. Rather they must live a meaningful life guided by the principles of Chassidus.