Bitul and the World to Come 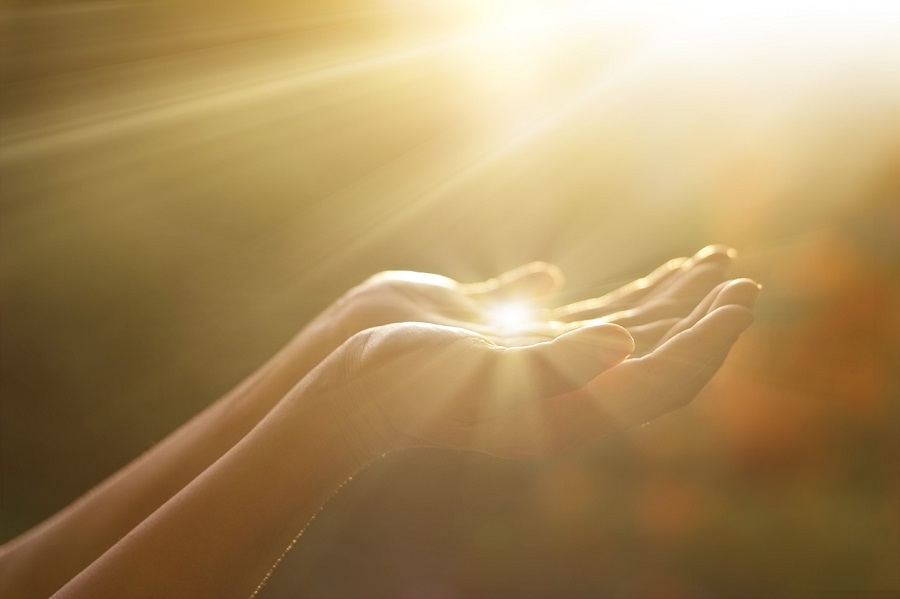 More than a decade ago, I began to study Chassidic Judaism from a rabbi here in Dayton, OH. I had given up on finding a church — as I was a believer in Jesus, but struggled with Christian doctrines as explained by the Church, like the trinity, the divinity of Jesus, or the payment of sins on the cross as a way of reconciling man with God.

I had written an essay on biblical animal sacrifice, and began looking for someone to read it. To me, it was obvious: Biblical sacrifice was a matter of laying hands on an animal, and sacrificing it as though one were giving one’s own life back to God, and in doing so, being restored to Him. It did not seem to me to be a matter of punishing an animal as a scapegoat – which I knew only applied to one goat on Yom Kippur.

I could not find a Christian of any sort to read or to agree with me on this subject, so I began looking for a Jew, thinking surely there would be Jews who had written about this, or someone I could talk with. This turned out to be a more difficult quest than I had imagined. However, after months of failure, someone told me there were emissaries of a Chassidic leader named Menachem Mendel Schneerson right in this town, and that one of them was the sort of guy who might be willing to read what I had written. His name was Rabbi Shmuel Klatzkin.

So I sent this man my essays, and he contacted me. He told me I knew little to nothing – and now I know that he was, and why he was, right. (Well, let’s say there were gaping holes in what I knew on the subject of my most intense concern – which was to find evidence that we have a God who is real and who has the power and the intent to put together you and me with Him. I felt isolated.)

But that was the beginning of a conversation that has not ceased – mostly held at the nearby Boston Stoker in town after we discovered that email was way too volatile. Today Rabbi Klatzkin heads a class for people who are not Jewish, but who very much want to learn from him. And it is growing.

The subject around which his class is shaped is “bitul.” And that is the subject of my essay. I won’t have references, because though I have read several Chassidic sources, most of what I have learned has been straight from the mouth of the rabbi. I am aware that he was following a tradition of Chassidim that drew strong Jewish criticism (from the Mitnagdim), and that he was taking a considerable risk with me. He was feeding me Jewish oral tradition – and I not even a Jew. But he saw my need, and apparently couldn’t in good conscience refuse.

But I must add that what I have learned from the rabbi and Chassidus has not been limited by what I received, but turned into further thought that I have often believed is inspired by the God upon whom Chassidus teaches me to rely. So when I dare to move beyond what has been given to me by your tradition, I understand this is itself well within the same tradition. And I expect you to be the judge of these kinds of ideas based upon the “still small voice” (1 Kings 19:12) of the same God within yourself.

For me, the problem with the whole world is the relentless rule of the human ego – in the sense of the false self. And therefore, that there was such a Chassidic topic as bitul gave me hope. I have learned that bitul is foundational to all Chassidic teaching. Bitul is the beginning of new life and the end of the false identity out of which we will otherwise live our whole lives. And the new life that begins with bitul heralds the emergence to ascendency of our divine selves. Bitul is a matter of dying to the false self (which is a product of our imagination), and coming alive to the buried self within, who speaks to us from the silent voice of the spirit of God. Bitul is not a matter of attaching to ourselves any human or any system of belief, but of release from attachment to all but the life of God within as the foundational source of our lives.

From what I learned about the several levels of a human being from Chassidus, I have distilled them down to two for the purpose of distinguishing us from the animals. There is nephesh, which is our animal self, including our consciousness. And the other levels of spirit, that I know reach up to higher levels of the God who emanated Adam, I now just see as the divinity within us as humans.
This is different from the Christian concept of the soul as the only consciousness of man, which is thought to be the essence of man, separate from God, and subject to His judgment. This idea that there are two seats of consciousness in man, and that one of them is divine, has helped me know that I am not alone – that God is with me and in me, and that He is not only a being higher and external to me (the transcendent God), but also the being who is my own essential and immortal life (God who is immanent).

From this I learned that God has made us unique as human beings, beginning with Adam, who received the breath of life – which I now understand to be the Spirit of God. I now understand that Adam was divine in the sense that he was God on earth. He was the very image, an emanation, of God – made of His very Word, which was Him, and which never became anything that was not Him. All that exists is made of the Word of God. But man is unique because we also have the “mind” (or Spirit) of God.

And because we have both the mind of an animal and the mind of God within us, we humans have the capacity to see ourselves as though from a distance. That is, there are essentially two of us in each of us. And the immortal soul in us looks on over the mortal one, creating in us conscience and self-awareness.

And because we can see ourselves, we have the capacity for more than animal love — which is bonding with one’s self-projections. That is, animal love is a matter of seeing the self in the other. And this is a good thing – except when we don’t see ourselves in the other and see instead an enemy. So, as animals, we see others as “us” or “them.” And in our animal consciousness, we easily dehumanize “them.”

And so, we must become lovers of God, who is both other (transcendent and therefore other) and self (immanent). And in becoming lovers of God, we become lovers of ourselves and of one another. We become lovers of all others – not just those in whom we naturally tend to see ourselves. And this is because all are part of God. All are emanations of the same God.
The truth and reality is that we are all interconnected, even though we don’t naturally see ourselves in most others. And when we can love without the natural bonding that comes from seeing ourselves in the other, then we are loving with the love of God. And this is God’s love because it is love of the “other” as both a true “other” and as “self.” It is love that can only appear in one who is whole (complete) in Him.

But there will be no peace on earth until man finds his way to receive the mind of God (which is our Gevurah-like role as human beings in relation to Him), and ceases to live by the dictates of our egocentric identity. As long as we are compelled by our desires and needs to believe in ourselves — basically as though we were our own creators and could take credit for our gifts and attributes – we will be at war with those we consider “not us.”

Until we realize that we are all one body – the body and spirit of God in Adam, who became the Son of God (with no human parent), and is none other than our source and Savior of the world – we will continue to divide ourselves according to externals. And our judgment will be false, biased. Our human bonds will remain limited to those we identify with on the basis of externals. We will not see clearly enough to be able to bond in love with those we continue to see as “not us.”

But how does a person reach the condition of bitul? What does it take? Do we need to “hit bottom” in order to be emptied of our false selves and finally see who we really are?

Though Chassidic sources emphasize bitul, and I have been delighted to be led to this question through the teachings (since I know that the right question is always the first step towards more understanding), I have not found an answer.

And yet, what could be more important? How many have experienced bitul and as a result been released from the rule of the false ego self, and grown to live according to the God within, in true humility and love?

Who could not know that the human ego is the stumbling block within mankind? And who knows it better than those taught by Chassidic sources?

How do Jews, who twice a day recite the Shema, and know what it means that God is one, tend to fall into the same old pattern with the rest of us – defining themselves primarily by their identity group, rather than for the legitimate purpose of performing their assigned role on earth – and yet continue to hope for the sinful world around them to change?

What has the power to bring a person to the actual experience of bitul – of emptying the self of all that is additional to the true self? Could not God purify humanity and restore us all to Himself at any moment simply by speaking with His voice simultaneously into and through each one of us, telling each of us that we are His child, healing each broken heart that is seeking affirmation, love? The whole world would “hear” if God spoke with that intention. (Isn’t that what your teachings would lead you to conclude?)

However, what would teach us that He is not loving us because of our false identities that we have invented, but rather because of His own identity in us? And how would we know that His identity in us does not make us into gods, but into servants of God – like human limbs are to the human brain? How might we be transformed from self-centered into God-centered people? What can God do or say to that effect?

But the humbling of bitul is not something we can do for ourselves. It is the kind of death we avoid more defiantly than the death of our bodies. It happens to us. We don’t choose to empty ourselves. (And do we ever really choose on our own? If I have learned right — not until our will becomes His.)

So when bitul has taken its place on earth, will we see it? Will it be then that the knowledge of God begins to fill the earth as the waters cover the sea (Habakkuk 2:14 & Isaiah 11:9)?