The Secret to Lying Your Way Through Marriage 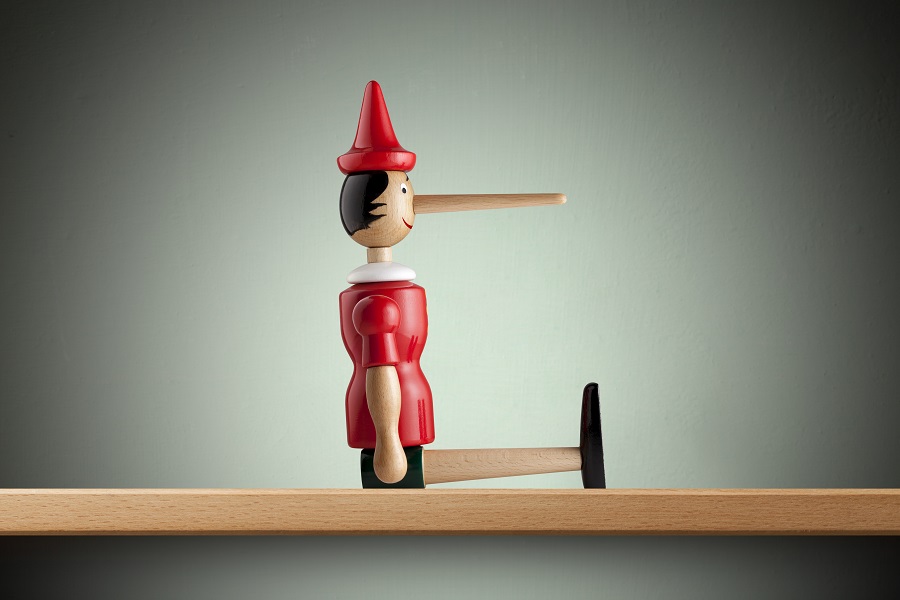 This essay will explore the Alter Rebbe’s explanation on a key Kabbalistc concept. This will
1)     help us gain understanding into the reason we tell lies and
2)    give us the tools needed to turn around our marriages and other significant relationships     for the better.
Common Lies and Why We Tell Them
There are a few common truths you’ll often hear from marriage experts. One often misapplied truth is this: “A happy marriage is built on an open and honest relationship.”

So, picture this: David comes home after a tiring and stressful day artwork to a messy house and cold dinner. Following the abovementioned rule, he shares his honest and open disappointment with his wife Dini for the unkempt house and distasteful dinner. Accordingly, Dini decides to be honest and open as well, by telling David hoe incompetent he is, being that she had to spend her afternoon on the phone with the credit card company because he forgot to pay the bill on time. We can be sure that their open and honest communication would not lead to a better outcome.

The ramifications of such honesty and candidness are no shocker; it is exactly what we’ve been taught from the time we were in diapers. It is rude to tell your aunt that the cake she served was underdone. It would be a terrible idea to tell your sister how unflattering she looks in the dress she asked your opinion about. Why? Because these truths wind up lying about a greater truth that’s in play here. When you tell your aunt that her cake was delicious- a small lie- you’re ensuring that the greater truth- in this case the fact that you love her regardless of how her cake tastes- should not be lost. The same is true with the dress. When you tell your sister that she looks fat in the dress, you are innocently causing her to believe an even greater lie – either that you hate her or that she is only beautiful if she were skinny. Either way, your honesty has resulted in the greatest lie being told, even if you weren’t the one that said it. The same applied to David and Dini; by being “open and honest,” they have allowed many a lie to unfold: They are implying that their marriage is dependent on the other being an angelic human being, unflawed, completely selfless, and that the other possesses the ability to constantly be aware of the others wants and needs without ever being told. In Actuality, however, the ultimate truth is that their love for each other can, should (and probably does) exist despite the messy home or unchanged lightbulbs.

Enter a key kabbalistic concept known as “tzimtzum’, or more specifically the purpose of tzimtzum which is bishvil hagilui[1].  By employing the conclusion of the Alter Rebbe’s analysis of these concepts we will be able to correctly understand what it means to have an open and honest relationship with a significant other.
So let’s dive into the terms we have here and define them, before we jump into the Alter Rebbe’s insight.

Tzimtzum is the process of contraction or diminishment. Like a control lever, tzimtzum’s primary role is to ensure that the flow from a higher level to a lower level takes place at a specific pace and in a specific manner, so that the lower level will not be overwhelmed.

Bishvil Hagilui means “for the sake of revelation.” In other words, all tzimtzumim (which exist at many levels, both in the divine cosmos and in our world, psyches and life) are not just a condensing of what preceded for the sake of condensing alone. Rather, these condensations really serve as a method of revealing a higher reality in a way that is manageable to the recipient, and won’t overwhelm and obliterate this lower consciousness.

Through the prism of our relationship with G-d, the many tzimtzumim exist because of our inability to exist with the full awareness of the reality and totality of G-d’s presence. Therefore, we nedd may levels of distortion and filters which allow us to exist.

The Alter Rebbe’s insight here is that there seems to be no logical reason why G-d has to use the process of tzimtzumim. A teacher doesn’t have the luxury of choosing his students, he has no choice but to water down a deep message he wants to share with his students by using parables, stories and other tools to make a drop of the profound message comprehensible for his students. G-d, on the other hand, did not have to take this route. HE could have built his relationship with higher beings- who didn’t need as many filters on G-d’s infinite light. G-d, unlike the teacher, is the creator and can create beings of the highest level. And actually, G-d did create such beings- the angels, tzaddikim, creations that are in a constant state of awe and bask in the glory of the divine. Yet, G-d let the process of tzimtzum continue with levels upon levels to the extent that his own creation can completely undermine and not recognize its creator!

This is a paradigm shift which switches tzimtzum bishvil hagilui from implying that at tzimtzum is Plan B, a necessary evil due to the lowlines of the recipients. Instead the Alter Rebbe has shown us that in fact the opposite is true. G-d prefers these filters of reality, and wants this great cover-up (a lie that leaves room for creations to believe that G-d’s infinity ends at some place) to prevail.

In an ideal world, our aunt would be able to hear our honest feelings regarding her cake and still feel loved, our sister would hear that her dress isn’t flattering and it wouldn’t translate into personal self-doubt, and we would be able to distinguish between G-d’s revelation and the presence of G-d himself. We’re just not there yet.

So How Do We Get There?
The correct application of an honest and open relationship with your spouse may sound something like this: “Your forgetting to pay the bills does bother me, but your forgetfulness is part of what makes you you, and I am devoted and cherish you nonetheless.” “Dinner was admittedly a bit cold, but that doesn’t affect my love for you at all.” Without phrasing the sentence this way (or in a similar vein), you are not being honest. You may not be lying, but your spouse doesn’t hear and know the whole truth.

The same is true in our relationship with Hashem, when we do a mitzvah regardless of how our day is going or which country we find ourselves in, we are saying the whole truth- “G-d, we are yours anyway, despite not fully understanding you.” Angels can get lost in the fireworks and glamour of G-dliness, because it really is that good, but we have G-d himself.

Ultimately the lie will become unnecessary, because we will be able to experience the ‘fireworks and glory’ i.e. the revelation of G-d’s might through miracles etc. and at the same time fully understand that our oneness with G-d pervades all that. Until then, let’s be honest by telling small lies- to our siblings, to our spouses, but most importantly to the world- by doing what we have to because then we’re being true to ourselves.

Let’s tell lies so that the bigger truth is heard.

Based on the Alter Rebbe’s Tanya Chapter 36 and the Miteler Rebbe’s Beurei Hazohar (Beshalach, maamar beginning “Kegavnah”) as examined by the Rebbe in Basi Legani 5711.

Sources and Footnotes
[1] This is the first tzimtzum to occur. It is usually this tzimtzum which is referred to when no other specification is made. In context of the great tzimtzum there was no possibility for external existence and conscious beings. Imagine physically touching a story or idea that you’ve heart. It’s impossible because tangibility and the memory where the story resides are completely different realms of existence. In this same way, G-d’s infinite power doesn’t leave room for anything beyond the infinite. The tzimtzum was therefore necessary to give space for ‘something else.’ The Alter Rebbe makes sure to clarify that indeed, no filter or tzimtzum has an actual effect on the light of G-d, it is only from the perspective of the observer i.e. creation that G-dliness is masked or in some way condensed.
[2] In fact, we are implored to pray to G-d with the same meditation of a little child. The child doesn’t get caught up with the hoorah and glamour of G-d’s infinite power, the child prays to G-d himself.
Tosafist Rabbi Shimshon of Chinon would say: “When I pray, I pray with the mind of a small child.”
A similar idea we find in the first prayer recited each day, Modeh Ani. There, none of G-d’s names are mentioned. We are conversing with G-d himself, not merely expressions or guises that He puts in place.