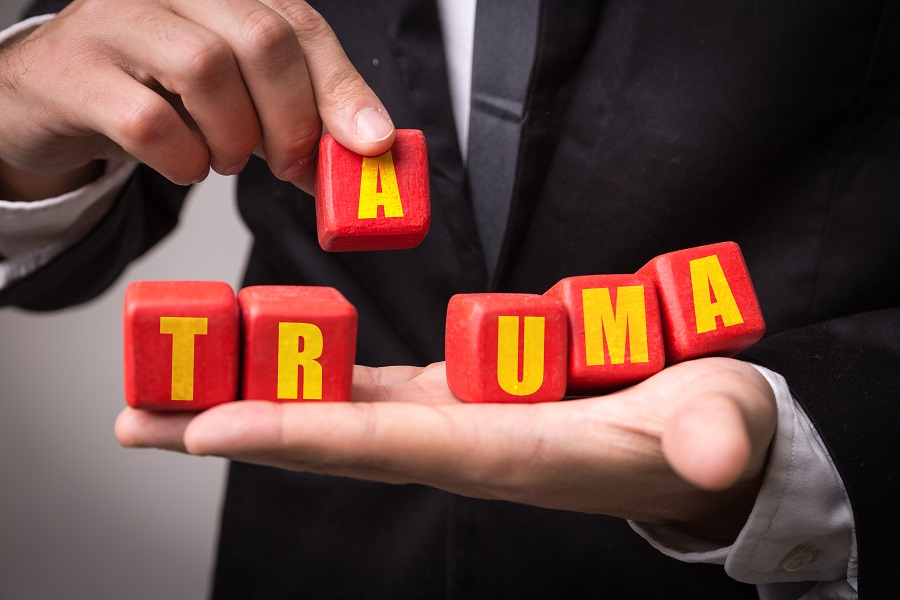 It was negative twenty six degrees outside (a warm day for Smolensk in the winter).  We were on our way to Lubavitch, Russia.  At the crack of dawn we stepped off the bus to reach the birthplace of Chabad, by foot.  The Rabbi had warned us about the traditional hike — a one hour trek in the midst of the Russian winter.  And I’m terrified of the cold. I’m actually anxious about everything.  After finally deciding to join the trip, I went on a neurotic shopping spree for thermal clothing.  I needed to be absolutely ready for the bone-chilling march.  With four pairs of pants and five flannel tops, I wore so many layers that I was certain to keep out the bitter cold.  But over my heart, I also placed so many layers that I made sure to keep any Chasidic warmth from coming in.

Why would I make sure to seal my heart before signing up for an inspirational trip or any other emotional encounter?

While I grew up religiously observant and even excited about Judaism, my environment was far from psychologically safe.  I withdrew within myself as a means of protection from an enflamed family environment at home and prolonged bullying at school.  I now suffer from PTSD, Post-Traumatic Stress Disorder and relational trauma.  This is the story of how Chasidus helps me heal.

While I have had varying levels of success with different approaches over the years, I have found that learning and implementing Chasidus has definitely complemented everything I have tried and may even be the most vital element of the healing process for me.

Every individual suffering from trauma has his or her own painful story, from a single event to an extended situation.  Many of the symptoms of PTSD are adaptations that the brain would make as a defense mechanism.  These defenses would then remain activated even with the dangerous event no longer present.  Disassociation later in life, for example, makes meaningful relationships and connections challenging and can put people at risk for anxiety, depression and obsessive thoughts.  Not only was it difficult for me to connect to others, it was even difficult to connect to my own thoughts and feelings —even difficult for me to connect with G-d.

Because the underlying maladaptive neurobiology tends to follow the same pattern, even though the specifics are different, the techniques used to heal can be the same.  To understand how to heal what goes wrong in a maladaptive response, it’s helpful first to summarize how a healthy brain functions.  Neuroscientist Dr. Paul D. Maclean introduced the Triune Brain Model explaining the brain in three parts:

It is fascinating that the Triune model which Dr. Maclean introduced to the world in the 1960s based on scientific research corresponds directly to the model that Kabbalist Rabbi Isaac Luria (The Arizal) spoke about in the 1570s almost 400 years earlier.  Chabad Chasidus uses the Arizal’s model.

The Reptilian Complex is responsible for survival instincts and the autonomic nervous system (ANS).

Nerves carry electrical impulses and are like wires that run through the body.  The ANS has two sets of wires: the parasympathetic nervous system (PNS) and the sympathetic nervous system (SNS).  The SNS is hardwired for speed and efficiency by grouping all the nerves together and bypassing the higher parts of the brain.  This allows for instant action that is critical in life-threatening situations: 1. Stimulus 2. Response.

The nerves of the PNS are hardwired individually through the higher decision making centers to allow conscious decision: 1. Stimulus. 2. Choice. 3. Response.

In healthy functioning we switch back and forth between the two systems in a balanced manner.  This allows one system to rest, grow and heal while the other is activated.  The PNS is ideal for decision making and the SNS is ideal for action and following through on decisions.  Just like it’s not productive to overthink and rethink when it’s time for action, it’s also not effective to be acting when it’s time for thinking.  Through conscious decision making we can create new positive habits that become second nature and carry us through stressful situations where we don’t have time to think.

When a person is exposed to prolonged trauma then he begins to get stuck primarily in the SNS mode with very little time for thinking.  The SNS continues to be chronically aroused even though the threat-event has passed and the trauma becomes embedded in the body.  The body has trouble learning new habits because the SNS is so activated that it doesn’t have time to be reprogrammed.

The home that I grew up in was a home of spiritual meaning and halachic Judaism.  But when I found Chabad Chasidus I saw for the first time that Judaism has classic texts, centuries old that teach the remedies for modern illnesses like PTSD.

I became elated when I learned about the cyclical Chabad meditations called Hisbonenus and Hispylus.  In the Hisbonenus meditation we begin by functioning from the PNS and using the normal state of waking consciousness (Beta Waves) to activate the Cerebral Neocortex through logic.  We focus and concentrate our minds upwards on Hashem as Creator and Director of the Universe.  When we hold this awareness with a balanced ANS our minds begin to move into a calmer, passive-like state of deep wisdom, relaxation and creativity (Alpha Waves).  This activates the Limbic System which is in charge of emotion.  We are now in a state of Hispylus and really feel Hashem’s love for us.  We then become motivated to act and can switch to the SNS from a place of joy, love and inspiration and motivation.  We have such a feeling of love for Hashem that we don’t need to think – we can just do.

Over the years I began to implement Hisbonenus in my prayer and daily life.   However, progress began to slow down and I became increasingly frustrated.  For some reason that I didn’t understand the Hisbonenus, no matter how hard I tried rarely triggered an emotional Hispylus.

As part of preparation for my trip to Lubavitch, I wanted to learn Chasidus from the fourth Chabad Rebbe, the Moharosh.  I purchased a volume and was excited to see that the Rebbe addressed Hisbonenus and Hispylus as part of an essay on the Exodus Story as a metaphor for a person to become freed of his own baggage that imprisons him.

I felt that the Rebbe was speaking directly to me when he writes that when the heart which represents the seat of emotion is atum – “sealed” then you can do all the Hisbonenus you want – but it won’t activate the emotions.

Reading this meant so much to me because I felt that the Rebbe was speaking not just in the philosophical sense but that he was speaking to people like me that really wanted to be more connected and more emotionally open.  And the Rebbe admitted that if your heart is closed then you won’t be able to motivate it with Hisbonenus.  All these years I thought I wasn’t trying hard enough and the more that I would push and try and nothing would move the more frustrated I would become.

When I got to the Mohorosh in Lubavitch I asked Hashem to help me to be able to learn practical chasidus more quickly.  One of the side effects of PTSD is a difficulty in learning and remembering.  So while I know that Chabad texts hold the answers that I’m looking for, without prayer they are essentially inaccessible, hidden behind pages and pages of Hebrew.

When we are stuck with a very dominant SNS we could become hypervigilant looking for threats.  When we try to think about Hashem – we may think about a critical G-d who wishes to punish us for our misdeeds.  We may become neurotically obsessed with not sinning.  We may become non-functional before Pesach and freeze from the immensity of the task of trying to be perfect in order to survive.  Or we may give up – either on ourselves or on G-d.  We may become depressed, sick or ill as an exit strategy to absolve ourselves of responsibility.  We may give up on G-d’s “demandments” vegging and chilling to avoid God’s demanding criticism.

That’s Egypt.  The trauma of being tortured for generations triggered an imbalance in the ANS leaving us stuck in the SNS.  Pesach celebrates redemption from the slavery of the lizard brain.

But what is the technique to get out?

When I got back to Jerusalem, my friend Itche showed me that the Mittler Rebbe writes in Kuntrus Hispylus that when the heart is sealed the Hispylus comes not from Hisbonenus on God’s Greatness but rather from screaming out due to the koach hamisnaged, the force of the resistance, the inertia and complacency to remain enslaved to our baggage.

When Pharoh dies, the threat is over.  We are not in trauma but rather in post-trauma.  We then can make time to direct our minds to the reality of our immense pain until we can allow ourselves to let out a spontaneous primal scream.

The bitterness produces the sweet.  The lack, the yearning, the emptiness becomes a space, a vessel ready to receive the blessing.  The key to the whole system is to maintain belief through the pain.  Not to overeat to dull the emotions, not to get depressed or medicate with nonprescription, prescription or illegal drugs, not to give up.  Not to use the mind to pretend the trauma doesn’t exist or never happened or to recreate movies of replaying the event with a different ending.  But to know that there is no place where G-d is not.  G-d is All, pleasure and pain.

The instantaneous, binary and polarized nature of the modern world predisposes people to immature primitive stimulus-response lizard brain which promotes traumatic thinking and biology.  When people engage in fight or flight they forget about the option of holding the pain together with emunah.  Chasidus, when practiced, reverses trauma by restoring choice.

While I made it to Chabad-Lubavitch physically, my psychological and spiritual journey to Chasidus is still ongoing.  But then again, maybe Chasidus is a way of life rather than just a destination or designation.  Along the way I have found the Rebbes to understand me and empathize with my difficulties—even my PTSD and relational traumas.  The guidance in their volumes, although centuries old, has helped me to heal, connect, thrive and live.

I think back on my journey to Lubavitch in the freezing cold and all I have is warm memories.

Rabbi Avi Lowell grew up Modern Orthodox in Baltimore and studied with talmidim of Rabbi Soloveitchik and Rabbi Kook.  After making aliyah he met his mentor, Rabbi Kadish Waldman, a talmid of Rabbi Gustman and Rabbi Ginsburgh, from whom he learned a methodology of studying and applying Chasidus and Gemara as a way of enhancing one’s simcha and dveikus with Hashem and His mitzvos. Today Avi lives in Jerusalem with his wife and five kids where they are part of the Chabad Ramot Gimmel community.  He currently learns in Rav Yitzchak Meir Morgenstern’s Toras Chochom Kollel and dabbles in hi-tech and alternative medicine.