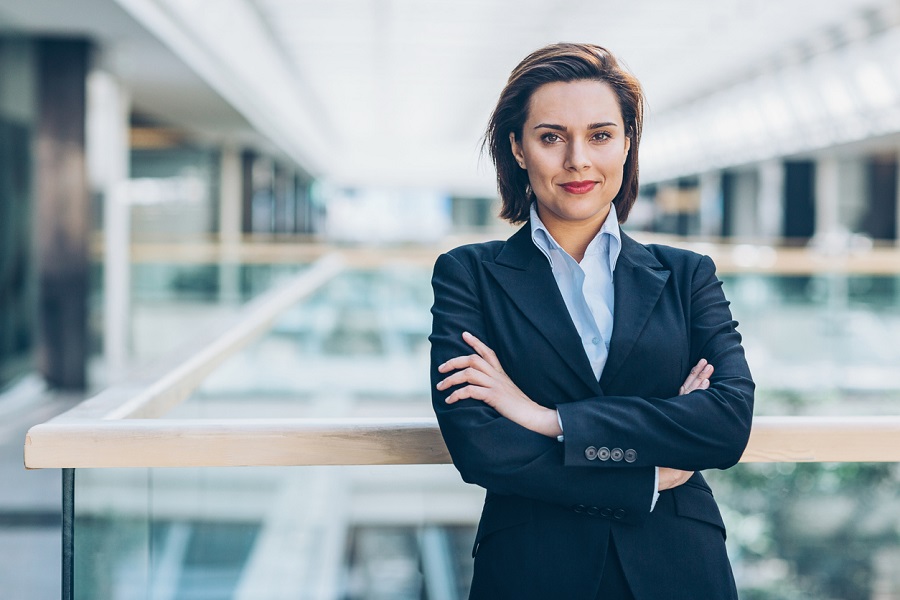 If Hillary Clinton had won the Presidential Election, a good percentage of the country would have celebrated the first female president of the United States.  True, there would have been a woman in the Oval Office. Practically, however, nothing about her way of ruling the country would have been feminine.  In fact, she would probably have gone out of her way to take a masculine approach in order to be “taken seriously.”  What kind of victory would that have been for women or feminism?  In reality, focusing on these kind of feminist victories undermines the very goal of feminism. Instead of proudly championing feminine traits, the feminist movement claims that the woman has none.  In external ways, this has liberated women from the shackles of a predetermined biological destiny; however, internally, women have lost their spiritual identity. Consequently, a woman who has re-cast herself in the image of a man will never be satisfied and, more than that, she has withheld her potentially unique impact on society. When we say women and men are the same, by default, man defines what is valued in society.  No longer is the woman oppressed but, in some ways, the “woman” is simply gone.  By learning about the feminine in Chassidus, we can uncover the unique contribution of the feminine in society and contribute to a truly feminist approach to women’s leadership. The concept of ‘Sovereignty’ in Chassidus will teach us how feminine leadership is the most ideal because it is predicated on an interdependence on those s/he is leading, selfless humility and the power to actualize potential.[1]

The leader in Chassidus is exemplified by the manifestation of G-d called Malchus. Machlus is translated roughly as ‘Sovereignty,’ and describes the way G-d manifests as the Ruler of the world. This manifestation only becomes necessary at the moment of creation. It is at that moment that G-d comes into relationship with the world. Malchus is the adapter, so to speak, that allows G-d to interact with creation. Malchus is the lowest component of G-dliness and receives from everything above it. However, at the same time it is also the highest part in relation to the creation it is sustaining. In order to transmit the enlivening energy undistorted, Malchus must be a clear channel containing nothing of its own influences. This is the unique quality of Malchus; it is an empty vessel and, due to this, has everything to give.  Therefore, from the chassidic perspective, leadership and the feminine go hand in hand, because they both are characterized by being in a relationship. An ideal leader is the epitome of selfless giving, guiding and supporting the people he or she leads.  This is a feminine quality.

The feminine quality of Malchus physically manifests in the act of procreation.  A woman’s empty womb receives a seed from a man, which is just a dot of potential. In that space, she is able to nurture and build the seed so it can grow and be expressed as a child. The woman depends on the man for the raw material, so to speak. However, the very fact that she has the space to build it into a fetus means she is the determining factor if a child will actually develop.  This demonstrates how crucial humility is in the model of feminine leadership. By acknowledging one’s reliance on others, a person becomes humble enough to learn and receive from them.

A great leader must exhibit this dynamic of dependence and influence.  Although a king holds a position of power, it is self-understood that he is entirely dependant on the subjects to crown him as king. What good is a king without a nation to rule?[2] The greatness of the king is how loyal his subjects are, meaning how much they recognize him as their ruler.  When an entire country revolts, they can remove the king from his position. Conversely, a ruler who does not depend on the support of the people, yet governs anyway, is a dictator.  In a democracy, a just leader recognizes that his or her power is actually contingent of the support of the people who elected him or her.  When viewed in this context, dependency is not a weakness or concession, rather it is understood as the very source of status.  If this principle would be applied to society, then there would be a greater esteem placed on all of the people who support leaders rather than solely on the leaders themselves.  Secretaries, drivers, tech support, speech writers, and so on, would be valued as the very source of a leader’s ability to lead.  Society devalues this relational trait of the feminine by primarily celebrating independance and viewing the leader as a persona unto himself.

The Power to Actualize

“If the man is the head of the family then the woman is the neck.” This is not just a pithy saying. It reflects the crucial feminine ability to actualize potential. Without the neck (the connection between the abstract idea and its practical outcome), the head would never be able to do anything.  Throughout history, every great man had an even greater woman supporting him (birthing him, raising him, doing his laundry, etc.); so too, the feminine is an essential step in the process of potential becoming actual. It is a victory for women that they are no longer confined to those roles alone. However, a greater achievement would have been a shift in society to esteem the people who do make possible the success of others. At the end of the day, women are still primarily the caretakers, homemakers and educators of youth. They are an essential part in the final result of anything a man achieves, even if indirectly. A way to make this practically feasible would be to place greater value on the goal itself rather than who is the face of it.  The beauty of the feminine is that it is the internal aspect of the process, speaking again to the humility of Malchus to facilitate creation through first receiving before giving.

The feminine teaches us that there is a value in the real manifestation of something over its concept in potential. Chava, the first woman, was the last creation in the process of creating the world.  In Chassidus, the final result contains within it the very first intention of the act.[3]  For example, although the bride is the last person to enter the wedding ceremony, long after the groom, the guest and the officiator, she is clearly the purpose for the entire gathering of people. So too, the whole process of creation was for the lowest physical world to come into existence.  The final product can never match up to the way it was first conceptualized; however it is much better to have the thing than the idea. That is what a leader does. The leader makes things happen and enacts real change in the world.

Chassidus discusses the troubling and painful reality that for much of human history women, and the feminine in general, were seen as the lowest part of society.  They were debased, oppressed, and exploited at the hands of patriarchal governments, most religions and even by their husbands.  This treatment stemmed from their place as the last and final part of creation.  The goal of humanity, however, is to recognize that the feminine actually represents the ultimate goal of the human condition.  This will only happen when we begin to recognize its unique value.

The internal contribution of the feminine is an essential piece of the final product. It must be seen as essential, rather than as the secondary or contingent partner. When this paradigm shift occurs, the feminine will be the ultimate leader and the inner workings of the world will be given the most value.  Society constantly bombards us with external stimuli, trying to trick us into living a surface-level existence. However, any person will tell you that they want to be loved and valued for who they are on a deeper level and not based on their appearance alone.  The feminine champions the internal aspect of the world. Chassidus teaches that the world is headed towards the internal beauty being recognized and valued over fleeting external looks. In the terms of Chassidus, Malchus will reign as the source of G-dly energy and not just the receiver. The feminine ultimately will be revealed from her internal position as the major force in the world and then elevated in status. The ultimate goal is that a woman will not have to shout to be heard rather her silence will reverberate with her power. [4]

With the seeming benefits of women’s roles rapidly expanding and evolving, the move away from a clear concept of womanhood is actually defacing the very real contribution of a feminine perspective in society. To gain equal rights, responsibilities and privileges, feminism diminished what is really unique about the woman and her effect on the world. At the end of the day, women are still involved with traditional roles, continuing to build homes and have children. A truly equitable society would cherish and esteem the foundational contribution of women as the backbone of a country.  The feminine traits of humility, interdependence and being a partner in bringing potential to fruition would be ideals to strive for in all areas, including politics, business, art and more.

In our current world, gender identity has become such a source of confusion and pain.  To know what the masculine and feminine are from a G-dly perspective give us guidelines to flourish within. I would argue that having a clearly defined “feminine” gives women and men that opportunity to tap into and express feminine traits from a place of strength and certainty instead of confusion and resentment.  King David is actually the representation of the feminine quality of Rulership; this highlights how femininity is an abstract principle and may be embodied by both men and women to varying degrees. This is why it is even more essential that the value of the feminine be recognized and celebrate in society at large.

The powerful blast of the shofar comes when air is channeled through the narrow side of the horn not diffuse through the wide one.[5] Having a multifaceted yet clearly defined understanding of feminine traits paves the way for those embodying such traits to view them with esteem, confidence and joy.

[2]Shaar HaYichud Ve’HaEmunah, Chapter 7: “there is no king without a nation.”

[5]Shiur by YY Jacobson. In the context of having a strong Jewish identity.