Silence in a Crowded Room 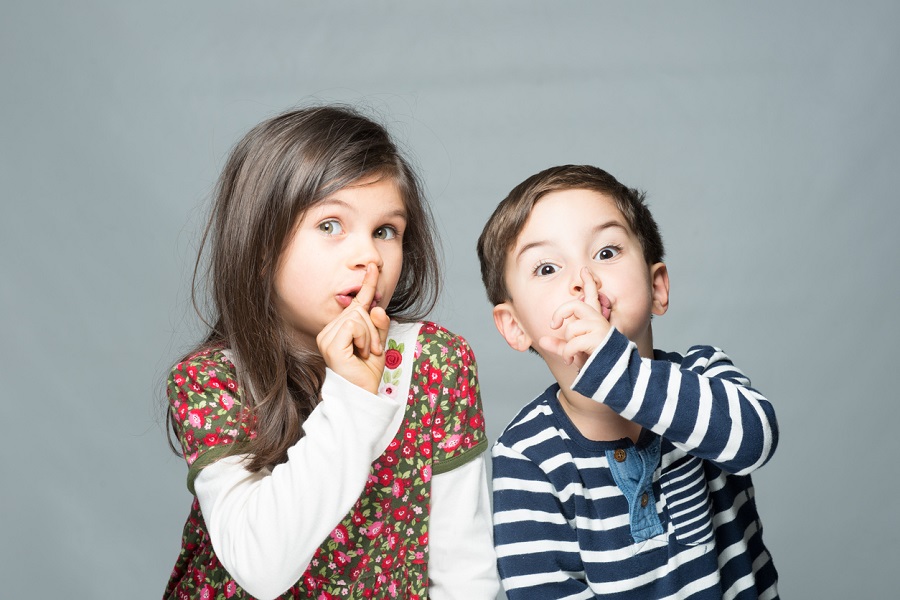 “Talking during davening” formally known as “Sichas Chulin” שיחות חילין [mundane conversation] is not a recent lapse that just started to plague our shuls, distracting the speaker as well as others in the congregation from connecting to HaShem as they should during prayer, taking it as given that this is the goal of attendance in synagogue. R’ Avraham ben Rambam reports that this problem of “chatting” was so widespread in Egypt during his father’s time that he wished to eliminate chazaras ha-shatz altogether. The Tosfos Yom Tov, hundreds of years later, wrote a special Mi Sheberach blessing to be said at the Torah reading for those who do not speak during prayers. Disregarding the admonitions that such a sin drives away the Shechinah and prolongs the galus as well as prevent one’s personal requests from being fulfilled, socializing has surged as people have been lax not only about not talking during permissible times of interruption but throughout their stay in shul. It is not a minhag or a chumra not to speak while the communal prayers are occurring, Shulchan Aruch Harav (56:7, 124:10, 125:2) classifies violators with very negative terminology describing their status in the the Jewish community. The Alter Rebbe brings that Eliyahu HaNavi says that camels are laden with wrath and fury for those who speak in davening and worse is proclaimed for those who speak during chazaras ha-shatz and kedusha in that their covenant with their Creator is questioned.

Various attempts have been made to curtail such talking with methods ranging from “brimstone and fire” sermons, embarrassing violators in public by calling out their name, physical banning of violators from shul to the hallway or to another minyan. From a more positive perspective, there are those who have shul members sign contractual agreements to comply and even offer financial rewards such as lotteries with tickets for those who sit in silence. One recent effort included ads in Jewish magazines and newspapers along with posters and brochures with strong warnings of suffering for violators. Shushers create more white noise and I even once observed the talkers shushing back as if they were in a bar brawl with a “stadium wave”; gabbais and presidents are often not a dugma chaya but are hypocrites as they sometimes feel they are exempt and chat about business with apparent impunity.

There is a concept in chassidus that can be applied to ameliorate the situation for those who wish to be try to be educated. Rabbi Green’s commentary to Basi Legani and to Tanya (Perek 36 / Dirah B’Tachtonim) both quote the Chabad mashpia R’ Shlomo Chaim Kesselman who elucidates that the upper worlds and lower worlds described in chassidic discourses are not located in different places ( מקומות ) but exist at different levels ( מדגות ) in our plane of reality and that everything is thus found here in this physical world, both Gan Edens, angels, atzilut, as well all of the other basic four worlds. His comments are loosely based on Likutei Torah Nitzavim 49a where the Alter Rebbe states that the terms סובב (surrounding) and ממלא (internalized) are not terms of geographic location but of personal revelation. The footnotes therein reference Tanya Perek 48 and Likutei Perushim- Chitrik as well several maamarim. Rabbi SZ Gopin in his recent chassidus sefer “Vayadata HaYom” (p. 117) summarizes the same essential idea that the spiritual worlds are not up there but are all in the room with us.

So how can one apply this to achieve a significant decrease conversation during davening? Once a person sees not only the “Elephant in the Room” but in addition to his ordinary shul surroundings also visualizes therein such icons as the Heavenly Temple, Sinai, 770 with the Rebbe, the Heavenly court, his ancestors, angels, etc. etc., he should be inspired and overwhelmed to compliance to the halacha. The Kabbalah of the Arizal relates that various yichudim that occur between the supernal Yaakov and Yisroel with Leah and Rochel during the amidah. These pairings differ during chazaras ha-shatz. If a person can imagine being surrounded by such visages while the chazan chants the very same words one just said silently and three times daily (no wonder people can get bored and seek out gossip), a person with a modicum of modesty should be motivated to be silent in awe.

Granted the sefarim have already said that Shivisi HaShem l’negdi tamid (Place HaShem’s name in front of you always)..i.e. to visualize the four lettered name of HaShem before your eyes should make it imperative to behave in shul. Moreover, it is “basic” to say one must feel awe that he is standing before the King when petitioning HaShem. Tanya is full of advice in general elucidating steps and mechanisms for serving HaShem aka Avodas HaShem but it is hard to feel that use the mindset that every sin separates one from HaShem as if one is guilty of avodah zarah for explicating why one should not be speaking during davening when everyone is doing it. However in today’s world, where people multitask on soundbites, swiping their way through a smartphone all day long, such techniques alone are not practical for many people who lack the capacity for a long attention span to concentrate and feel distant. By imaging the room is full of all the holy levels simultaneously one can select the best channel to consciousness or feel inundated to inaction by everyone looking over one’s shoulder.

There are many Jewish books for instruction on how to practice guided imagery, meditation, etc. They offer practical exercises; moreover, there are new books on davening according to Chabad chassidus. However, this is not the goal of the application of this concept to the shul experience. Neither the negative labelling in Shulchan Aruch nor shushers can solve the initial need for a state of consciousness aka atmosphere of everything going on where one truly is as defined above.

Another distraction in conjunction with talking in shul is the use of smartphones in shul as more than a siddur. The fact is that the status of smart phone in shul can be used as a corrective device as it is an excellent practical conceptual cue. Just as a person can go all over the world with his assorted apps and experience many places at once simultaneously through multiple windows, so can one recognize have the consciousness that all the spiritual worlds are in the room with him. If a person glances down at his smartphone and is reminded of this concept not only will he not use the
phone for communicating with anyone besides HaShem but he also will re-direct his exclusive attention to connecting with HaShem directly.

Our solution also works for passersby through shul, whether collecting tzedaka, waiting for the next minyan or coming to get an old fashioned shmooze with one of the members of the minyan. They should be able to activate this consciousness and suppress socialization to silence.

The Zohar (Acharei) teaches that one of the last obstacles delaying the Geula is conversation in shul, for this banishes the Shechina. By keeping a shul quiet, we invite the Shechina and hasten the coming of Moshiach. Stereotypically, “reform” and “conservative” synagogues are said to be more quiet as the cantor is giving a performance for the rest of the audience as in a theater and that Orthodox congregations are not for spectators and that people participate. However, although there have been attempts to classify the various types of shul talkers, most of them are not engaged at all and need to remind themselves of what an important place they are attending. By educating them to apply our principle they should at a minimum feel that they are not just in room called “shul” but amongst the most important people and in the most important places of all times when they especially when they daven.

An old chassidic joke has been heard recently. A merchant comes to visit his Rebbe for Shabbos and is greeted at each davening with a warm shalom aleichem as if he had just arrived. The visitor reminds the Rebbe that he had already greeted him. The Rebbe smiled and explained: “I saw during prayers that you were very preoccupied. I realized that you were `traveling’ back to Danzig to check on your business. Now that I see that you have returned I am again wishing you a shalom aleichem!”

He then explained : Dovid HaMelech (King David) says in Tehillim (Psalms): “Aleh barechev v’aleh ba’susim va’a’nachnu b’shem Hashem Elokainu nazkir (They {the non-Jews fight their battles} with their chariots and they with their horses but we {fight our battles} by mentioning the name of Hashem)[20:8]”. In light of the previous story a different explanation is given. The non-Jews, in order to travel, need to use either chariots or horses. We Jews need neither. We just mention the name of Hashem, start to daven, and our minds are wandering all over the world. We’re gone!

If only that happened, we would not have to worry about talking during davening as everyone’s mind would be outside the shul! The goal is not to have daydreamers in shul; moreover, to have tzaddikim in peltz [holy people keeping warm in fur coats] who daven as if they are alone and do not answer amen, barchu and kedusha making it impossible to have a quorum for a small minyan is not the goal as well.

One must first intend to know the significance of where one is before proceeding to pray. Although our concept of perceiving that all worlds are there in the room with you might sound paradoxical, it well founded in the chassidic concepts cited above that this will lead to proper behavior in the minyan by appreciation of indeed that everything depends on you. You are not the midget on the shoulder of giants of the past, your davening itself while not talking unnecessarily will bring Moshiach now down here in a guf!