The Present: The Greatest Gift of All 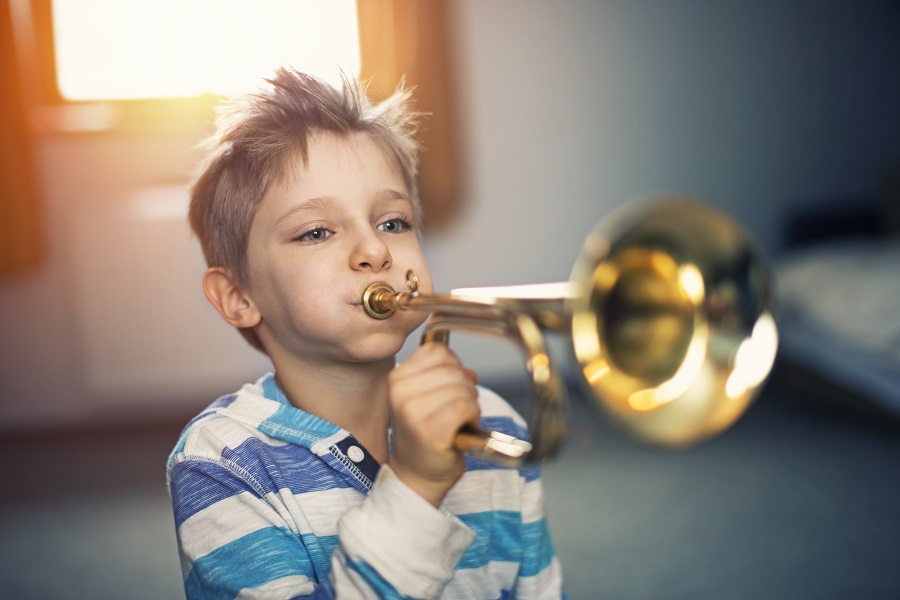 Smartphones, tablets, and of course the internet. Some of the most defining inventions of the modern era. All of these aforementioned tools have contributed to an unprecedented level of communication and information-sharing in our world. We can hear of news taking place across the world with the chime of a notification. We can find and conduct business from the comfort of our living room couch. And we can share our every moment and experience to our ever growing circle of friends at any moment in the day. I give you, the Age of Information. However, steadily and swiftly, these same vehicles of our unparalleled growth and success have brought about their own series of imposing threats. Behold, the Age of Distraction.

A 2015 survey published in the Journal of Media Education [1] found that American college students spent an average of 20.9% of their time in class using their devices for things unrelated to schoolwork. That’s a staggering fifth of their schooling.

Another survey released by CareerBuilder and quoted in a CBS news article [2] revealed that from the 2,186 managers asked, 55% “considered smartphones the biggest killers of workplace productivity. Interestingly however, only 10 percent of smartphone owners say the devices hurt their job performance, even though 66 percent admit to using them several times a day.”

In the book “Your Brain at Work” by David Rock, it is explained [3] that the crippling debilitation of distractions lies in the fact that our bodies can produce a limited amount of attention. Focusing uses a measurable amount of glucose and other metabolic resources. Studies show that each task you do makes your next less effective. This is epecially true for high-energy tasks like self-control and decision making. So with each distraction, we lessen our ability to competently fulfill our job, or focus on the lesson.

With more opportunity than ever, we inevitably also encounter more risk that these opportunities be abused or misused. This is a well-documented issue which many advice columns speak of (just check the internet). A common suggestion, for example, is leaving mobile devices outside one’s workplace to begin with to erase the biggest source of disturbance– our devices. But the essence of the solution is something that is self-understood for most. It’s the quality we all know –and sometimes fear– it is self-discipline.

To overcome a challenge which is so easy to fall for, we must simply be stronger than our desires to constantly check our Twitter, text our friend, or browse the web. Easier said than done right? But this is indeed the core solution, and all the strategies suggested are merely methods to make these moments of self-control a little easier to fulfill.

The Rebbe, in Hayom Yom [4], quotes the adage: “Knowing the illness is half the cure.” So, although in the end, we know how to combat these incessant distractions, to truly uproot the problem, we must delve deeper and search for their true cause.

To begin to answer, we must first examine the meaning of a distraction. Distractions have always been prevalent in human lives. For the sake of simplicity, let us say that most distractions stem from two general areas:

1. Lamenting missed opportunities, of the We live in our current state constantly imagining how things would have turned out had such-and-such a situation played out differently. Or, to stay rooted in a prior time which did in fact take place. For example, deciding which picture to post on social media from your last vacation instead of working on that PowerPoint your boss is expecting. In this example, an event from the past is detracting from the obligations of the present.

2. More commonly, we tune out the responsibilities we have in our current state in contemplation of what the future We constantly dream and plan. It can be as simple as repeatedly checking the time on your phone, to see when the lesson will be over, and you can get to lunch.

These are the two broadest categorizations of the things which take us away from the task at hand. Now, in today’s age of unrivaled levels of opportunity, these distractions have merely multiplied to an untenable degree. Both of these types of distractions (thinking ahead, and looking back) share a common denominator. They are both not the present, they are both not the moment we currently find ourselves in.

The present doesn’t only mean the actual chronological moment within which we stand, it also means truly living that moment for everything it has to offer. The true reasons we so readily head into these whirlpools of distraction, is because, in our lack of actually appreciating and understanding the moment, we drift to these murky waters promising intrigue and lack of boredom. Whether it’s a monotonous lesson, a droning seminar, or a ten hour work day, we just lack the will to invest the effort necessary to key into the lesson, or get the job done.

So, what is the wake-up call for living life every moment, and never missing a beat? This essay will attempt to answer, with the help of the tremendous insight and practical application found in Chassidus. The answer is a compilation of three sources in Chassidus, each adding its own element to the final remedy.

From the Frierdiker Rebbe’s answer, we see that living in the present, and truly comprehending the unique value of every moment, one can discover the motivation required to overcome all encroaching distractions. Obviously however, we do not possess the uncanny discipline nor the razor sharp focus of such an extraordinary figure as a Rebbe. But yet, the principle still can unquestionably apply in our lives, albeit on perhaps a smaller scale. For example, in hours of study or work, we should appreciate the value of listening to the lesson, or fulfilling the required task, and not wasting a second until we have accomplished what we set out to finish. This does not necessarily mean that even in our downtime we must constantly be productive. On the contrary, for most this will eventually be utterly untenable. Instead, on our level we should interpret this story to mean that when we need to get the job done, all distractions must immediately fall away. Eventually perhaps, this productive lifestyle may very well carry over into our moments of relaxation, and what we consider to be relaxing. For example enjoying a productive hobby, or reading, as opposed to doing meaningless things which give us little long-term help.

As explained, in this singular moment of Torah study, one has transcended the limitations of time and space and caused an ‘Everlasting Act’. Now, this (seemingly spiritual) effect we cause by the learning of Torah may indeed be an innate element of Torah study, which is not (in its literal sense) applicable to more mundane studies. However, the concept of an ‘Everlasting Act’ during only one moment of study is certainly applicable, yet in a different, more physical sense.

In the story cited above (part 1), I stressed the importance of eliminating distractions no matter how compelling they may be. From this Maamer we go one step further, in seeing the immense potential within every second, in that at any given moment we can achieve a (somewhat) everlasting effect. For example, when an individual is utilizing every moment of his or her work hours, any of these precious seconds can be the moment which propels us to greater heights. Whether it is sealing the defining deal of one’s career, making an everlasting impression upon a pupil, or when the boss notices one’s tremendous work ethic and decides to give a promotion. The practical application of this concept in the daily grind, is that through working hard during every required moment, we will inevitably ‘strike gold’ and have that moment which changes our life. Simply put, only through valuing every moment, can we be certain of receiving a life altering moment, which as stated in the maamer, “affects all his matters throughout the day, and even to all the days of his life.”

Previously, through the story of the Frierdiker Rebbe and the Maamer of the Rebbe, it was explained how every moment has a vast potential, and through understanding this, one will be motivated to maximize his or her impact every passing second. But from both of these sources, we see where the moment can be utilized only in a physical capacity.

Chassidus explains that people operate via three different expressions, or as chassidus calls them, Levushim (garments). These are: Thought, Speech, and Action. It is generally explained, and self-understood, that speech and action are much more physical and obvious forms of expression. For unlike thought, which none can perceive, speech and action are generally vehicles for expressing our wishes or thoughts to others, whereas thoughts themselves remains hidden from the viewer.

So in our case, the valuing of the moment, it is readily understood how one can impact each moment by fully involving themselves with physical contributions such as speech and action. And although one’s thoughts are the driving force behind what we say and do, they themselves do not directly affect the moment at hand.

However with this statement of the Tzemmach Tzeddek, aside from its lengthy addition to the concept of faith in G-D (bitachon), we see something else. We see that one has the capability to actively change the world with our very thoughts. By wholly trusting in G-D that things will be good, we actively bring about that very outcome! This means that in every moment, we not only can (as stated previously) cause an everlasting effect in our lives by doing or saying something, but we can also truly change the world by merely thinking. Through this teaching, we can sincerely learn to appreciate the colossal potential imbedded in every moment of our lives. Whether it is through our actions, our speech, or indeed even our thoughts.

In conclusion, the overwhelming challenge in today’s day and age, in doing away with distractions can only be accomplished by valuing what is to be gained in each passing moment. Here’s the focal points we examined in their practical application:

Step 1: Before entering class or the workplace, meditate on the limited hours and minutes we have in each day, and how we cannot add time into the day, only maximize it.

Step 2: Recall the immense potential each moment contains, and how a thought, speech, or action, is capable of changing your life for the good forever.

Step 3: Employ strategies to assist the elimination of disturbances. For example, leaving your device outside the workspace or classroom.

Step 4: After focusing on these two concepts, and eliminating obvious potential disruptors, when the inevitable potential disturbance occurs nonetheless, simply contemplate what little is to be gained by giving into this fleeting, meaningless distraction, and return to the task at hand.

Sources and Footnotes
[1] See article published in campustechonolgy.com referencing the study by the Journal of Media Education. Jan. 20th 2016.

[2] CBS news article published June 9th 2016. CareerBuilder is one of the most visited employment websites in the USA per Wikipedia.

[5] From a Farbrangen (Chassidic gathering) on the date of the 20th of Shvat 5730, the story can be found in chapter 7. A concept similar to that of the Frierdiker Rebbe’s answer is also discussed in the Maamer “Lo Sihyeh Mishakelah” (5712).

[8] As stated in Tractate Bava Basra 10A, “Give a coin to the poor man (Gemilut Chassadim) and then pray (Avodah). Although Torah can be studied before prayer, it is mainly studied afterwards.

[9] The language found in Tractate Shabbos 10A

[11]The story is quoted by the Frierdiker Rebbe in his Igros Kodesh section 2, see page 537.