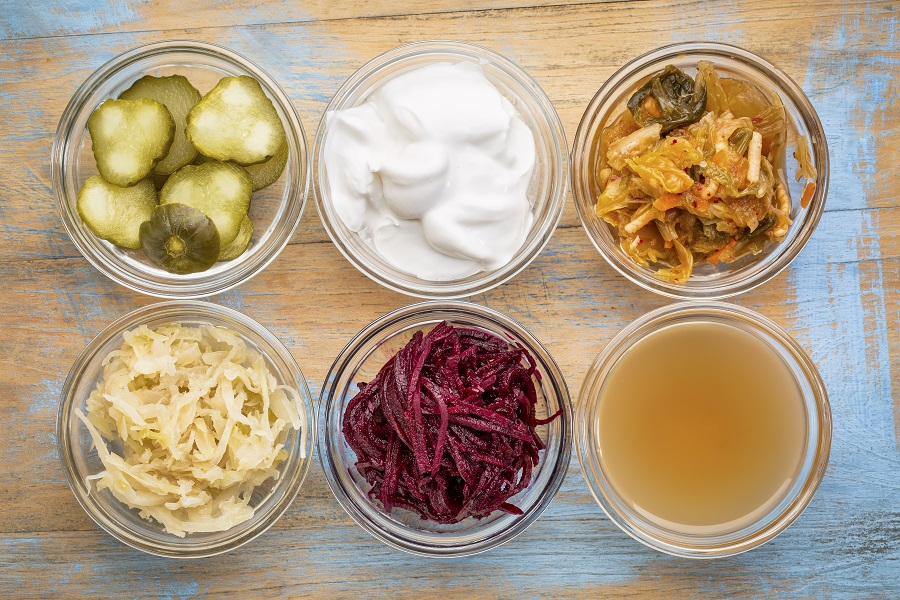 Once I chanced upon a non-Jew adorned with an enormous Magen David necklace standing on a box in the middle of the sidewalk shouting: “Who are the Jews? They are not those people sitting in the synagogues eating!”

We all know about ‘eating’ in the synagogue. But what is the real story behind our tendency to combine eating with attaching ourselves to G-d?  What is the Jew really searching for behind his plate of herring, mashke and tam tams?

In this essay, I will attempt to clarify the concepts of satiation and thirst according to the Rebbe Rashab in Kuntres Umayaan and the Alter Rebbe in The Tanya.  Developing ‘thirst’ can be a means of overcoming bad habits and self-destructive choices, thereby illuminating and revealing the person’s true potential.

In Kuntres Umayaan, the Rebbe Rashab describes the ‘animal soul’ as being ‘satiated,’ and the G-dly soul – malchus – as being ‘thirsty’ (Discourse 6, Chapter 2).  The descent of the soul into the physical body subjects it to materialism and makes it possible to be corrupted.  This descent causes an intense yearning, or thirst, within the G-dly soul to return and become one with it’s source.  The animal soul is the opposite.  It is always satisfied and complacent.  It lusts after physical pleasure and is easily sated.  The G-dly soul, or malchus, is never content with bodily pleasure.  It yearns for the full revelation of the essence of Hashem and is therefore, in a constant state of thirst.

How do we juxtapose the dull,’sated’ body with the thirsty soul?  How will true opposites, reconcile?  How can a Jew enter the vulnerable realm of thirst and longing, while his animal soul offers comfort and satiation?  The animal soul will enslave the Jew and the G-dly soul will free him/her but many screens will becloud this clarity and the mind will inevitably become ensnared in folly and deception.

Our lives are a battlefield.   A bitter war filled with cosmic screams and powerful screens.  Within this drama, Chassidus introduces the “use of intelligence to mislead the foe” (p.226).  We can understand this with the advice that the Rebbe Rashab impressed upon the Friedeker Rebbe to prepare him for his Bar Mitzvah.  He told him:

And, “all of this should be without any fuss.”  (Yalkut Bar Mitzvah  p.156).  Within this powerful advice exist the keys to unlock the prisons of any Jew.

The Tanya begins by describing the ‘oath’ that is taken by the soul before it enters the body, “Be righteous and be not wicked; and even if the whole world tells you that you are righteous, regard yourself as if you were wicked.”  An oath eliminates the possibility of excuses.  It will drive the person to uncover his latent strengths to overpower his ‘beast and burden.’  It is a call to will.  Herein lies the secret of free choice.  There is no compromise.  ‘If you want it, you will do it.’  The secret then, of a Jew releasing his tremendous inner powers by arousing his G-dly soul, depends on his own will.

How does a person activate his will?  For the purpose of our discussion, we have divided this question into four steps.  According to the Rebbe Rashab, the first step is to overcome self-delusion.  The second step, according to the Alter Rebbe, is to “commune with soul” and “check”, or examine the heart to bring the light of ‘reason’ into the cravings of the animal soul (The Tanya, chapter 14).    The third step, is to develop ‘good habits” (The Tanya, chapter 14).  By being honest and talking ‘reason’ to ourselves, we can strengthen our will to resist self -degredation through bad choices.  If we do this enough times, withdrawing from evil becomes habitual.  The fourth step is to develop a “thirst” and “hunger,” – the yearning of the soul to come close to G-d out of our inherent love for Him.     With these steps, a Jew can take back his power and lead a fulfilled life full of manifest growth and accomplishment.

Self-delusion can be more destructive than actual sin.  Regarding the ‘folly of sin’, the Rabbe Rashab quotes Sotah, “man does not sin unless the spirit of folly enters him.”  He explains that actual sin does cause remorse and teshuvah.

In the ‘folly of self-justification’, the person blames other people and /or his/her environment for his/her wrongdoing.  Since he does not understand that he/she chooses his/her environment and friends, this ‘folly of self-justification is more grave than the folly of sin.’   In the ‘folly of self-satisfaction,’ the self-satisfied person does not admit that his/her action is wrong and needs correction.  He/she is perfect ‘as is’.  This person has no fulfillment, ‘neither the fulfillment of the purpose of his being created, nor fulfillment of the purpose of his Divine service, which is bittul.’ (page 248)

The worst folly of all is that of ‘arrogance.’  In this folly, the person undermines the power of ‘effort’ (avoda).  In the realm of avoda,- serving, striving, toiling – there is no limit to what a person can achieve.  It entails the ‘acceptance of the yoke,’ meaning the realization that I can achieve anything if I toil.   Arrogance is an actual ‘sin’, because it entails a sense of ‘entitlement’ and thereby impairs the ‘yud/hey of the Divine Name (the ability to manifest or reveal G-d in the soul and in the world).   It ruins a person’s abilities and the sensitivity of his soul.  It actually dampens the will – the very ‘thirst’ that drives a person’s life (page 248).

There are two basic delusions that prevent a person from freeing himself from his animal soul. The first is, thinking that ‘worldly passions,’ are actually “good for him” (Kuntres Umaayan, page 388).  The second is thinking that actual sins do not separate the person from G-d and that they are a ‘private’ matter.  This contradicts the Tanya which states, “Your iniquities interpose between you and G-d” (chapter 14). The Alter Rebbe continues to explain this state of delusion, “a spirit of folly has overcome him, and he imagines that committing a sin will not affect his Jewishness and his soul will not be severed thereby from the G-d of Israel, forgetting also about his love of G-d which is hidden in his heart.” (chapter 14)

Eliminating self-delusion gives the clarity to “commune” with the soul and “check” the heart.  This is the second step, entailing ‘talking ‘reason’ to oneself.’  The Alter Rebbe mirrors this sort of talk with expressions like, “all pleasures of this world…rot and become worms and dung,” or “all dainties and delicacies turn into a ‘vessel of filth.’ (The Tanya, chapter 14).  Or, ‘What will my soul say?’

This kind of ‘self talk’ can become habitual.  The Alter Rebbe explains that developing good habits enables our efforts to become second nature.  As he says, “habitude reigns supreme in any sphere” (page 63).  By talking ourselves out of our cravings, we slowly strengthen our ability to resist them, and eventually repel them.   Making this a habit is the third step.   The same is true by developing the habit “to serve Hashem with joy.”  In this habit the person contemplates and thanks Hashem for the good in his/her life.

Once a person has ‘overcome the folly’ of self-delusion, he can admit the truth.  From there, he can commune with his soul, using reason and wisdom to redirect his passions.   Developing good habits prevents backsliding.  The final step is becoming ‘thirsty.’  By avoiding self – delusion and habitually talking ourselves out of compromised choices, a Jew regains his strength and empowerment.  He/She begins to feel like a ‘master’ over his/her life and this brings him/her clarity and joy.  From this vantage point, a person is aroused and starts to thirst for G-d.

This thirst will light up the life of the person and connect him/ her, through the will, to his/her true potential.   The last chapter in The Tanya describes how the person’s efforts to overthrow his/her animal soul will draw down the revelation of the Infinite light of G-d onto his/her soul, pulling the Infinite into his life with grace and mercy.   The ‘thirsty soul’, at once delicate and Divine, releases it’s own will and leads each person to their true fulfillment and the fulfillment of their luminous purpose in this world.  Don’t let those tam tam’s fool you!