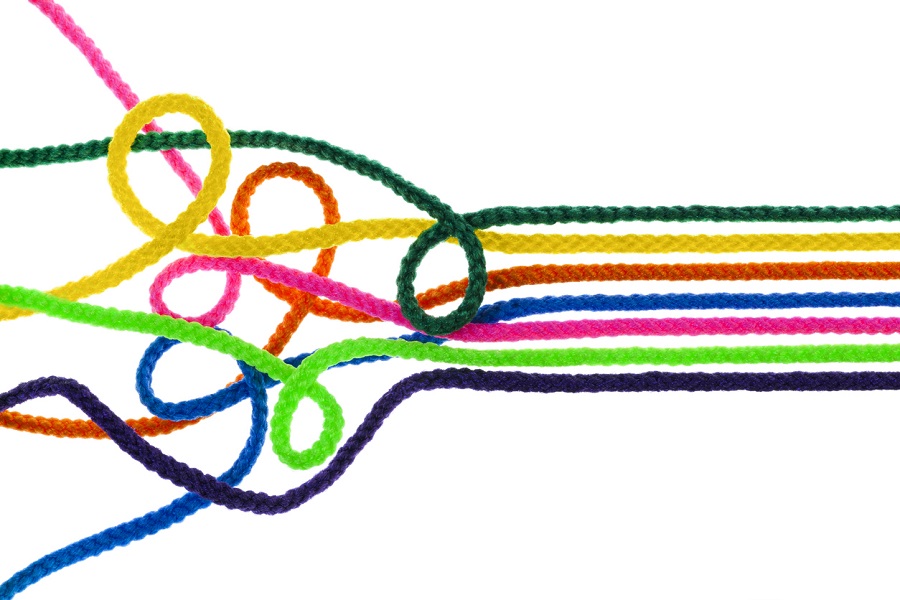 As a girl growing up in a chassidishe non-Chabad home, my exposure to Chabad was mainly through the stories in the Yiddishe Heim, a Lubavitcher periodical delivered to our home. I found myself especially drawn to the stories of the rebbeim, early chassidim and mashpiim. Somehow I sensed that there was a common denominator in all these stories and vertlach that hinted to a deep, profound, and holistic connection to Hashem.

I remember reading a story about a Yerushalmi Polish chossid who was seen learning chassidus with great enthusiasm. When he was asked what brought him to learn Chassidus with such excitement, the chossid answered that as a young boy, he had once attended a farbrengen with R’ Shlomo Chaim Kesselman. He didn’t understand most of what was said, but one anecdote pierced his conscience. R’ Shlomo Chaim related a conversation between a chossid and a misnaged. The chossid asked, “What do you think Hashem would do if He wanted to destroy the world?” The misnaged thought for a minute and replied, “Well, He could bring a fire and burn it.” The chosid responded sharply. “ “ווער פארברענט מיט דיין ג–ט צוזאמען Loosely translated as, “Then burn up together with your G-d.” “When I heard this,” said the Yerushalmi Polish chossid, “Since then I began learning Chassidus.”

This story haunted me.

At the time, the G-d of my understanding was similar to that of the misnaged. Hashem was the One who would give me what I wanted, on the condition that I behaved perfectly and completed
a certain amount of prayers every day. Hashem was involved with me and the world, but from the distant viewpoint of a Supervisor.

This story told me that something must be completely wrong with the mental image I have of the Creator. It led me to investigate, to search for the G-d of the chossid’s understanding. I delved
deeper by reading story after story, one chassidic biography after another. Although I was at first intimidated by the foreign chassidic terms in Tanya, ultimately, with the right study partner to
navigate the new ideas, I found it in me to commit to studying Tanya regularly. Learning Tanya opened my eyes to Hashem and my relationship with Him.

The world we live in conditions us to believe that there is self-sufficiency outside of Hashem. A man riding a train in Poland once asked his fellow passenger, “How far is it from here to Lodz?” He answered, “Two hours, if Hashem doesn’t mix in and mess things up.” We think, “ I am in control; My plan is front and center. I’ll turn to Hashem only as an aside, as a last ditch effort when all else fails. And my mitzvos are brownie points earned in my heavenly account.” With this perception, we are stuck in a form of spiritual autism. We are living in a world that is detached from the true reality.

This false sense of control can lead to stress, anxiety, depression or worse when we are proven wrong in our assumptions and we come to realise how utterly powerless we are. Thinking we can exclude Hashem from any area of our life, where “My will on My time” reigns supreme, is an illusion. It is incompatible with real life. In a world deluded by this thinking, instant gratification and addictions abound.

Secular society has attempted to deal with these emotional problems by advocating the need for raising self esteem. However, the self doesn’t have a solid esteem to give us. If the validation is contingent on money, beauty, success or ability, then it will fail when the basis for the validation is lost. A more effective route to a healthy lifestyle is found in self-discipline. When we exercise self discipline, we feel in control of ourselves and our lives. For those of us raised by European parents, responsibility and accountability were deeply ingrained values. However, it falls short. How do we keep our heads up when we err and fall in our self discipline, or when circumstances prevent us from reaching our goals?

The novelty of chassidus is a deeper understanding of the two ideals. It’s not just dry discipline, “Do what’s right and don’t do what’s wrong.” We are taught the facts of who we are inside. We become intimately familiar with both our neshama and our nefesh habehamis. We have a G-dly soul, an actual part of Hashem, with infinite potential. We also have our selfish, animalistic nature. But rather than avoid it, wish it away, or try to eradicate it, we are taught to confront it, and deal with it in a very realistic and practi cal way.3 Knowing ourselves in the totality of our being and knowing that Hashem is actively present and engaged in every aspect of ourselves and our world. Even with our slip-ups and miserable failures, our efforts are beloved to our Creator.

For example, ours is a very anxious generation. I feel that the Alter Rebbe is comforting the loneliness of the soul as it grapples with how it can connect with Hashem even as it sometimes falls short of what He desires. Chassidus teaches us that Hashem is inside the struggle. He created our brokenness, the darker side of the world and the animalistic side of ourselves.

When we have to reach beyond what feels like a dark abyss and summon forth a dormant emunah from the deepest recesses of our soul, that is when we encounter Hashem.

Reading the Frierdiker Rebbe’s memoirs, it is extremely moving that the Rebbe took the time and effort to describe in great detail the trials and tribulations of his arrest by the Soviets. Rarely, if ever, do we read such a vivid first hand account from a spiritual giant of the Rebbe’s stature. He intimately shares with us the fear, pain and indignities of his imprisonment, acknowledging all the emotions as they come, and guiding us step by step to how he arrives at his inner core.

…I felt the need to still this surge of thought. Like a flash of lightning there gleamed within my mind, “And what of G-d? Who has done this? Who has generated this entire
sequence of events? Everything has its source in G-d. True, I am indeed a son, a husband, a father, a father-in-law, one who loves and is beloved. They are all dependent
upon me, but I and they in turn are dependent upon G-d Who spoke and created the world. I have done all that I am capable of doing, and G-d will do according to His will,
may He be blessed.” At that moment I emerged from the mire and constraints of my situation…

This story is a veritable treasure of lessons on allowing ourselves the vulnerability of bitul, giving us the courage to explore our fears and strengths, and find faith. This story gives me clarity, direction and comfort when I feel lost or in pain. It reminds me that I can allow myself to explore every emotion, and discover how Hashem is in all the details of every given situation of my life.

Whenever I share this story along with its applicable message with a child, friend, or study partner, they are always touched as the timeless and profound message resonates and is as relevant now as then, and maybe even more so.

” הנה ימים באים… לא רעב ללחם ולא צמא למים כי אם לשמע את דברי ה’ ” (עמוס ח,יא) א
The posuk describes the times we are living in, before Moshiach’s arrival. “There will not be a hunger for bread, not a thirst for water, only to hear the words of Hashem.” R’ Moshe Dovid Valle, a student of the Ramchal, explains that bread and water refer to Torah, our national sustenance. In golus, he explains, there is no lack of Torah, but there is a lack of the word of Hashem.6 In our generation, we have unprecedented access to Torah. We have yeshivos, seforim, and weekly dvar Torah sheets full of inspiration in every home and shul, but our nation is starving for G-dliness!

I had received an excellent religious education, yet was lacking understanding in the most important belief of all, Hashem and our relationship with Him. Learning Tanya burned my fantasy of a G-d who was inconsistent and subjective. It taught me that exercising bitul is an ongoing process, bringing with it tremendous peace of mind as it frees up the space of the ego to reveal the reality where there is only Hashem.

As R’ Hillel Paritcher once said, life is one long chassidishe story.