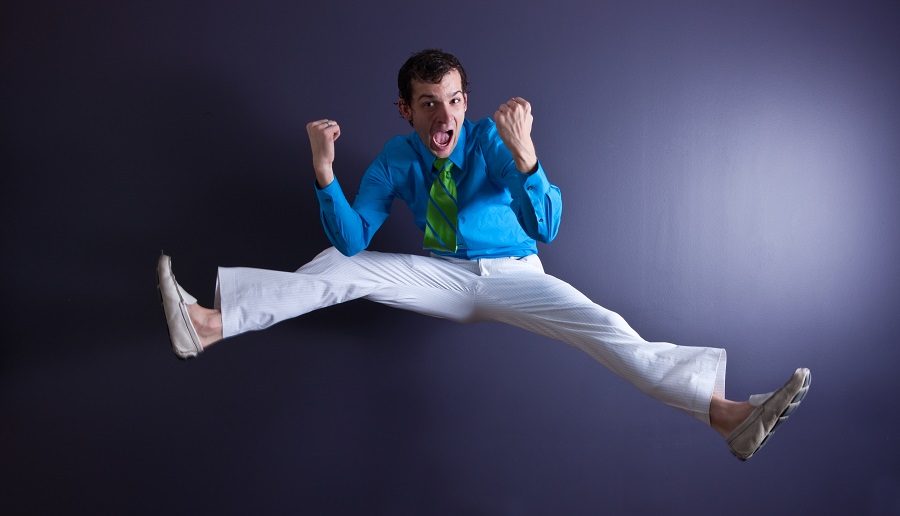 We’ve all experienced or heard of the “Monday blues”.

Enjoying the weekend and its freedoms doing what you want on your time is so enjoyable. As Sunday night settles this feeling of micro-depression befalls you. Some say it’s the job, others the work but that can’t really be true. Those who run their own businesses or working on their personal projects are not only excited for Monday to arrive, they have probably been working on their project all weekend long.

So what exactly is it that’s inviting this depression to those with the “Monday Blues”?

Our brains are designed to absorb information and our surroundings to better our lives and of those around us. Our brains are rejecting this repetition because we are being suppressed into robots to fulfill this “assembly line” kind of thinking which is the polar opposite of humans are.

The assembly line is an easy method to follow. Figure out your A-Z, and follow the steps over and over again. This places our brains in a box that it can’t escape causing our creativity levels to drastically drop and eventually treating our very own selves as assembly lines from the way we think to the way we conduct our everyday behavior.

Not to disqualify consistency in any way as it is obviously a necessity in growth, no growth happens without time. Yet there is a sour side to consistency. When there is consistency without growth.

A lobster grows consistently until it reaches a certain point where it outgrows its shell. At that point, it goes under a rock sheds its shell and begins growing a new one. When the shell is complete he emerges and continues his constant growth, when he outgrows that shell he goes through the exact same process to grow a new shell.

Same by us. If we are constantly trying to grow, without implementing methods of practicing it we will never see change, and if we change once and consistently implement that particular change we made, we won’t ever grow and change ourselves as people according to what is needed for our evolution.

This problem haunts those who know about the struggle, let alone those who can’t figure out why they can’t get out of their life’s rotating rut. The struggle is real.

This seems like a vicious cycle that’s impossible to break, what is the solution?

No matter how brilliant anyone maybe, we all share something in common, we are limited as human beings. Each and every one of us thinks in the context of time, space, and matter. Despite intelligence, Age, or IQ we can not exceed those limits.

In the spiritual realm, the same barriers exist not only in quantity but even more so in quality, which usually translates into a darker seclusion. Jewish mysticism says that a person can not sin unless a “Spirit of folly” befalls him and the more he sins the more he is desensitized to the sins he commits. This tells us a few things:

We all know that blandness kills your enthusiasm turning you into a robotic human and jew, which ruins your daily performance and connection to GD, what is there to do? But what about my daily schedule and routine, how can i continue it without the consistency?

The Lubavitcher Rebbe spoke about the concept of Shtus Dikedusha, using foolishness for holiness for the first time as he assumed leadership of the Chabad movement in 1951. In his discourse the Rebbe mentioned a great sage who would dance with myrtle branches in front of grooms and brides at their weddings to make them happy, and this is how he would preform his version of “Shtus Dikedusha” (Holy Foolishness).

One may think where does foolishness fit into Judaism, shouldn’t my service to GD be something taken rather seriously? This is where the Rebbe says otherwise.

The amazing thing with foolishness is that it surpasses the limits of normality. One 6’3” man’s foolishness is dancing to reggae music with a funny hat on, while a 5’2” woman’s foolishness is to make silly faces to those around her to make them laugh.
No foolishness is better or superior to the other because the entire concept surpass normality. So what is the big deal of using something that transcends normality anyway?
Something that can be measured such as time, space and matter are all capped. They may have a narrow or wide spectrum but they are limited eventually and something that is capped can go to war something else of it’s kind, and win. That’s why the jews didn’t revert to logic and the sorts when going through the tremendous struggles we faced in our past. Historically we have been the smallest people on this planet, statistically we should’ve not been heard of and definitely not survived the continuous attacks with every generation trying to wage war against us and attempting to wipe us out.

In these great times of desperation we resolved to one GD who transcends all of these matters of time, space, matter and logic, because he is the only one that can save us from the confines of our daunting limitations.

Shtus Dikdusha (Holy foolishness) is the way to fight “mechanical judaism” because it transcends all forms of limitations. Foolishness can not be measured in anyway and it’s spectrum is endless. When applying your personal touch of foolishness into your Judaism and infusing your originality into your service to GD, eventually making your connection to GD more unique, personal and relatable to the only one that matters in your service, YOU!

So go ahead be as foolish with your Judaism, pray in a funky song, give charity in a public place to publicize the good deed or do the silliest dance you can think of because you love GD.
Do it with joy, do it with inner peace and do it in high fashion and most importantly do it YOU style.