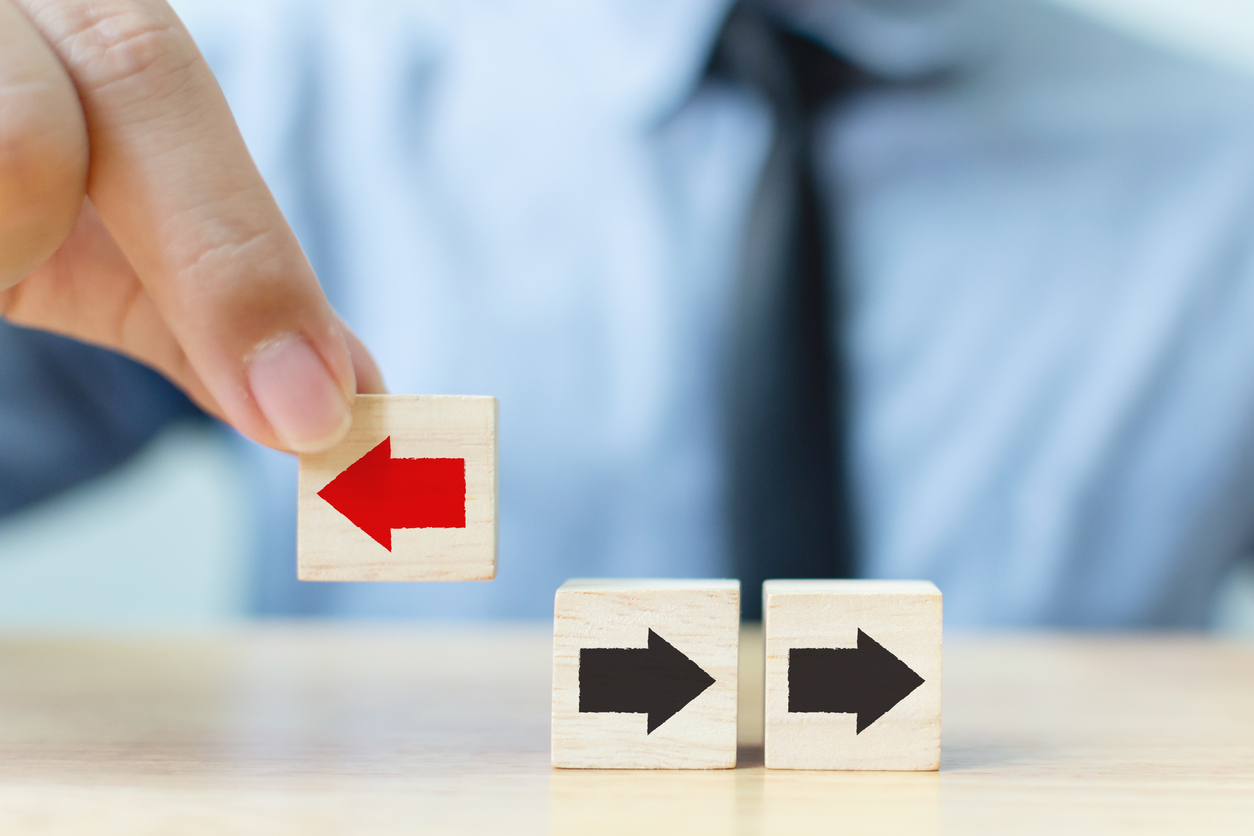 We all want to improve or change something in our lives. We want to be better spouses, parents, friends, and above all better Jews. We all know, however, that changing behavior is a challenge with few equals. Can we change? Is long-term, sustained change a reality?

In the following essay, we will try to demonstrate how it is possible to harness power from strong positive beliefs to make that change happen.

As we shall demonstrate, Chassidus anticipated these questions whilst offering pragmatic solutions, with its distinctive wisdom, profundity, and flavor.

Many a time we formulate plans. We want to improve a particular area of our lives, whether in the physical such as to undertake a health-related activity or in the business area we want to launch a new venture or a new project. Perhaps, we are looking to develop our spiritual side, advance in our Torah study and prayer meditation. Alternatively, we aspire to work on ourselves, to refine our character traits.

Sometimes our want is powerful, but no matter what, there always seems to be something stopping us from achieving it.

We find ourselves procrastinating, and coming up with all sorts of excuses not to act on our intentions. We see ourselves not having time; we feel lazy and inadequate.

With time we begin to label ourselves as incompetent and underachievers. A negative belief system starts to set in deep in our subconscious, affecting our self-esteem, self-confidence, and emotional intelligence. We are convinced that we “cannot do it,” nor can we change.

We become hard on ourselves, quick to apologize, and highly self-critical. The distance to depression is not too far. (1)

The Experts Weigh In

Psychotherapists and life coaches agree that it is essential that we recognize where those negative beliefs come from. Identifying the source of an issue is the first step in the right direction for progress and development.

Some of those adverse personal presuppositions are the product of parental conditioning, social environment, and perhaps the most common and greatest of all: fears.

Most of us have experienced either physical fear (falling off a bicycle, etc.) or emotional fear (shame, rejection, embarrassment, etc.). Fears can hold us hostage and keep us from achieving what we want.

The different schools of therapy (Gestalt, Psychoanalytic, Neuro-Linguistic, and Humanistic) agree that by simply recognizing a limited belief you take all their power away. In the words of Dr.Linda Sapadin, Ph.D. “Self-awareness without judgment, similar to an anthropologist observing behavior in an attempt to understand it, is the first step.” (2)

Yet, you can be fully aware of your bad habits and still not change. What’s missing? The answer is: A no-nonsense commitment to change is what’s missing.

In “Altruism: The Power of Compassion to Change Yourself and the World” author Matthieu Ricard writes: “Our basic traits, which result from the combined contributions of our genetic heritage and the environment in which we grew up, make up only the foundation of our identity. Scientific research in the field of neuroplasticity shows that any form of training leads to reconfiguring in the brain, on both the functional and structural levels.

The scientific discoveries of recent decades show that our genetic heritage, influential as it is, represents only a starting point that predisposes us to show certain dispositions. This potential can then come to expression in multiple ways under the influence of our environment, and by what we acquire through the efforts we make to train our minds or physical abilities. Thus, it is more appropriate to compare our genetic heritage to an architectural drawing that might be modified as the construction progresses, or else to a musical theme on which a performer improvises.

For a long time, an almost universally accepted dogma in the neuroscience field stated that once formed and structured, the adult brain does not produce any more neurons and changes only through a decline in age.

Today we know this doctrine was utterly wrong. One of the significant discoveries of the last thirty years concerns neuroplasticity, a term that takes into account the fact that the brain continually changes when an individual is exposed to new situations. The brain has the ability to produce new neurons, to reinforce or diminish the activity of existing neurons, and even to attribute a new function to an area of the brain that usually carries out a completely different function.”

Ricard goes on to explain that “there is a second mechanism that allows individuals to change: epigenetics. For a gene, which we have inherited from our parents, to be active, it must be “expressed,” that is it must be “transcribed” in the form of a specific protein acting on the organism bearing this gene. However, if a gene is not expressed, if it remains “silent,” it is as if it were absent.

Recent advances in genetics have revealed that environment can considerably modify the expression of genes by a process called epigenetics. This expression of genes can be activated or deactivated under the influence not just of external conditions, but also of our mental states.

These discoveries have truly revolutionized the field of genetics since hitherto the very notion of transmission of acquired traits was regarded as heresy. The influence of external conditions is thus considerable, and we know today that influence has repercussions all the way down to our genes.

Could training the mind to cultivate positive emotions lead to epigenetic changes? Studies undertaken at Richard Davidson’s laboratory in Wisconsin show that within a day, meditating for eight hours on mindfulness, altruistic love, and compassion already induces major epigenetic modifications. We can glimpse here the possibility of an epigenetic transformation of an individual that is due not just to the influence of the environment, but also to voluntary training in cultivating basic human qualities.”

Ricard’s book is careful, detailed, rich, inspiring, and well recommended. It makes the case that transformation of individuals is possible. (3)

We presented the first two steps to help us reshape our limiting beliefs: self-awareness or admitting and a blunt dedication to positive thinking.

The final and most crucial step is called “Affirmations.”

Why use affirmations? According to Kathryn J Lively Ph.D., people use affirmations for a variety of purposes. Generally speaking, affirmations are used to reprogram the subconscious mind, to encourage us to believe certain things about ourselves or about the world and our place within it. They are also used to help us create the reality we want.

In the words of Walter E. Jacobson, M.D.: “there is value in affirmations of this nature because our subconscious mind plays a major role in the actualization of our lives and the manifestation of our desires. What we believe about ourselves at a subconscious level, can have a significant impact on the outcome of events.”

And, on a much more pragmatic level, recent scholarship from a team of researchers at Carnegie Mellon suggests that self-affirmations actually buffer stress and improve problem-solving performance in underperforming and chronically stressed individuals.

So what exactly are affirmations (What do they look like)? Dr. Lively explains: “Affirmations are simply statements that are designed to create self-change in the individual using them. They can serve as inspiration, as well as simple reminders. They also can serve to focus attention on goals throughout the day, which, in and of itself, has the potential to promote positive and sustained self-change.” (4)

Chassidic literature devotes a significant expanse on the subject of the power of thought and man’s intellectual faculties. In his magnum opus “Tanya,” the Alter Rebbe succinctly states “in actual practice –in deed, speech, and thought – in these matters every man is given the choice, ability, and freedom to act, speak, and think even that which is contrary to the desire of his heart, and diametrically opposed to it. For even when one’s heart craves and desires a material pleasure, whether permitted or G-d forbid forbidden, he can conquer (this desire) and divert his attention from it altogether…” Of course, it will require “a no-nonsense commitment.” (5)

Two centuries before the terms “Neuroplasticity” and “Epigenetics” were coined, it was Chassidic master and founder of Chassidism, Rabbi Israel Baal Shem Tov that wrote: “A person is where his thoughts are.” The root of the statement is in The Zohar: “Man- he is his thoughts.” (6)

The Rebbe Rasha”b explains it as follows: “it is the yearning, longing, and will of a man to a certain thing (or place), that affect the transition of the soul to a certain place, emotional condition, or spiritual environment, Thus, “where the will of a man is, there he is to be found.” (7)

We learn from this that as much as society and institutions influence us, we have, with the proper resolve, the ability to transcend our current conditions and limitations.

The Power of Speech

The Rebbe Rasha”b establishes a principal regarding the power of speech. He argues that even though “speech” derives and is revealed via the intellectual and emotional faculties of a person, nonetheless, it has an advantage over them.

He parallels this foundation with the ability of a woman to give birth. It is the woman, or in Chassidic mythology “the recipient,” the one that has the supremacy to bring about new life and give birth inasmuch as it is the man the one that provides the nucleus for this new life.

Similarly, the Alter Rebbe suggests another parable. The seed of a plant, once it is cultivated in the ground, gets moldy and rotten. It is the earth – “the recipient” – with her intrinsic and natural power to grow that allows the process of germination. (8)

In the same vein, through speech, a person’s intellectual abilities expand. The more a teacher expounds and clarifies his teachings, the more details, and innovative ideas will emerge in his thought process.

In short, the Rebbe Rasha”b postulates that the power of speech realizes a new “light” – knowledge/awareness – to a person’s wisdom. One that was not possible to attain prior or without speech.

It is noteworthy to add, that the abovementioned improvement is true in regards to the emotional qualities as well. The more a person will speak about a feeling of love or fear, the more significant that sentiment will be.

This explains the importance of “speech” – speaking out the words, and saying them out loud – during study and prayer. The spoken words have the muscle to influence greater focus, concentration, and meditation.

Kabbalistically speaking, the basis for the principle mentioned above is because “letters” are rooted in the essence of the soul, higher –in spiritual terms – than the “emotive and rational” capacities of the human being, therefore, they have the power to influence and improve them. (9)

So, can we change? Is long-term, sustained change a reality? The answer is: Absolutely yes! History is full men and woman that said “it couldn’t be done,” and they went on to accomplish some of the greatest achievements in history.

First, we need the determination and tenacity to stimulate self-improvement. Secondly, we contemplate and reflect what needs enhancement or progress, and we seek a plan of action. The third stage is the transition from the meditative phase to integration and acceptance. This gets accomplished through powerful and confident assertions. Practically speaking, when the need arises, we should regularly paraphrase powerful, optimistic, and encouraging citations from verses in the Torah, from the Sages, or from “Tanya.”   Some suggestions follow:

These fascinating statements depict the relation between Hashem and us. They describe the “father and child” relationship and the unconditional love from Hashem to us. They can, therefore, motivate and stimulate us to believe in our talents, capacities, and aptitudes. We are unique and gifted, full of energy and vitality.

Verbalizing means actualizing (16). Our brains will then internalize and integrate our optimistic, confident, and encouraging beliefs.