To Be Free From Fear 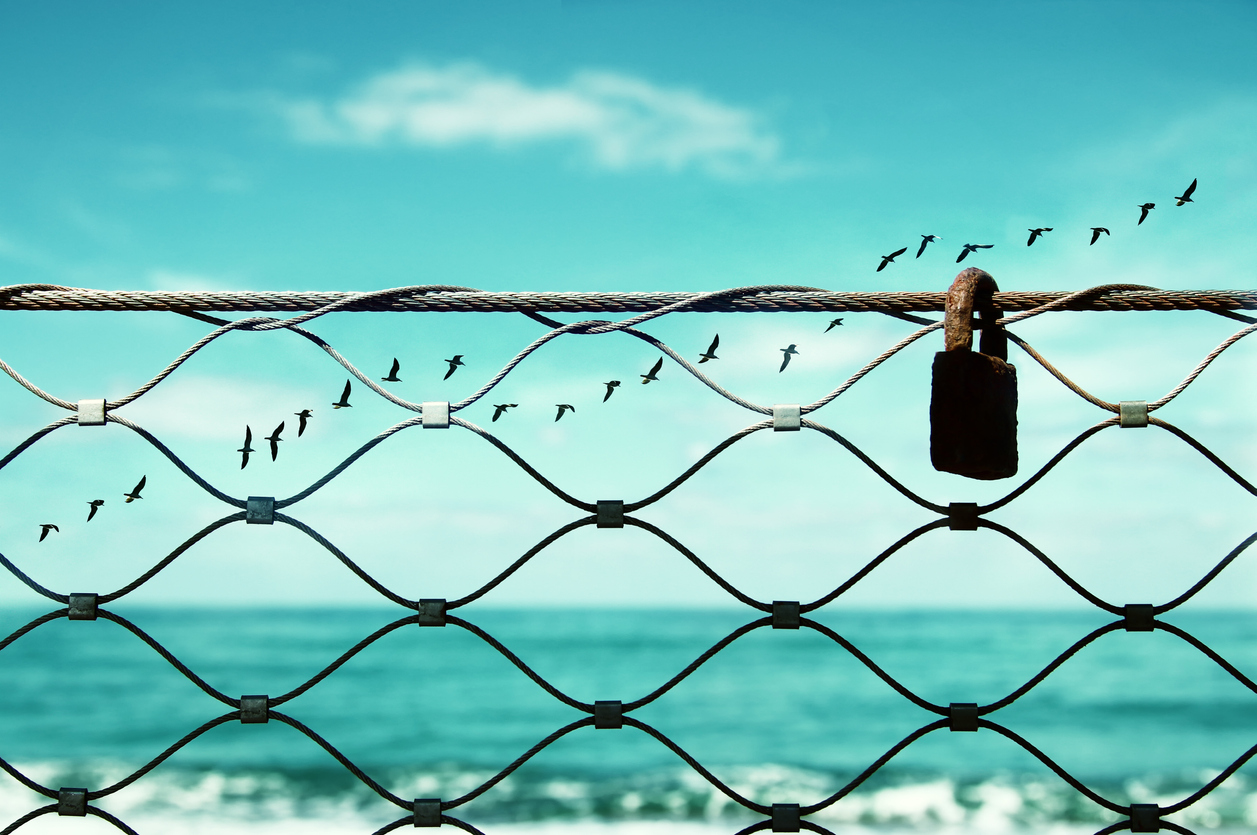 “Fear nothing but G-d, Love every Jew with all your heart and soul, no matter who he is”

Upon hearing these words from his father, Yisrael became an orphan. Fear is a natural feeling; a response that results from situations of vulnerability and possible danger. One would expect a child at the tender age of five, having lost both parents, with the vast unknown and impending difficulties, to drown in his worries. With this message which his father left him, though, he would grow to be The Baal Shem Tov and develop the Chassidic approach to overcoming all of life’s challenges.

This tendency to feel anxiety creeps its way in to the psyche of many people. When faced with any situation where one is at the mercy of someone else or when one feels that he has lost control over the direction of his life, he becomes a prisoner of his emotions. In Likkutei Sichos vol. 36 Parshas Shemos the Rebbe elaborates on such predicaments and directs how to overcome these fears and live a tranquil, happy life.

When encountering a situation that one feels things are out of his control, the normal response is to feel anxious. This is either because he expects thing should be in his control or because people have an idea of the conditions they feel comfortable in, and when the outcome is unknown, one dreads the possibility of soon being in an uncomfortable situation. When this situation is to an extreme the issue is considered a clinical one. There can be numerous scenarios and eventual causes that result in these feelings, but at its core, regardless of its magnitude, the underlying factor of all fears is the belief that there exists more than one power that has an effect on the outcome of any situation.

For extreme case, there exist many forms of therapy some give ideas to distract from the fears, and direct energy towards other activities, others focus on previous events that occurred in one’s life to find the cause of the anxiety. Cognitive Behavioral Therapy focuses on the present situation and the way of thinking that the patient has acquired, and helps to change his or her point of view to approach situations in a more optimistic way.

Each of these ways though, carries with it flaws. Some simply try to find solutions for the symptoms instead of the core problems. Others, though they make a real change in the mindset of a person, essentially they teach a person how to believe the odds are with him instead of against him, but there is no certainty. Although some psychotherapy does rely on religious beliefs, they are only as strong as the religious values of the patient. Even in the best situation, that type of therapy merely aids in calming the person, but adversely causes a lack of responsibility by throwing problems onto a divine being.

Lastly, based on the above quote “fear nothing”, the ultimate goal is to have complete peace of mind and rid one’s self from even minor fears that would be considered normal. These are not addressed by any of the above treatments.

The only approach that releases an individual from worries successfully, with certainty, and doesn’t compromise on the obligations of a person is Chassidus.

The mechanism that provides complete and healthy peace of mind is trust. Bitachon, trust in G-d, is not merely a belief that He can make things turn out good, nor is it a hope that things will turn out the way we would like. Certainty isn’t a verbal exercise; proclaiming the words “I am certain”. Rather it is a confidence that everything that transpires will definitely be visibly good. When sitting at a red light one may get impatient but he has no worry that it will remain red forever; he is calm with the knowledge that it will certainly turn green. When watching the numbers for the lottery on the other hand, one may say the words “I’m certain my numbers will be drawn”, but the feelings in his heart are far from that.

Similar to the trust fall exercise when trying to build a relationship among team members. The only way to allow yourself to fall is by having complete trust that they will catch you. Still in this case you are trusting in people who may choose to drop you. When trusting in G-d, by contrast, he has, so to speak, already caught you, he is holding you tight, but will you allow yourself to see and feel his embrace?

By releasing one’s self from the feeling that the outcome of a situation is something he can decide, he allows a supernal plan to unfold. While understanding that each person is part of the plan, and therefore must play his role, one can simultaneously remain composed knowing that the ultimate outcome is being arranged by a good G-d and He will certainly make everything openly good.

This point is also reflected in the Tzemach Tzedek’s words when asked to intercede on behalf of a deathly ill person. He responded “tracht goot vet zein goot – think good and it will be good”. The active conviction that things will be good causes the positive outcome. When delving within to his core and deep meditation, one allows himself to let go and have complete reliance on G-d. In response to this unconditional dependence G-d reciprocates from on high with absolute supervision to provide ultimate kindness.

The Rebbe further develops this idea in Likutei Sichos Vol.3 Parshas Bishalach focusing on another dimension. He discusses the four sects of the Jewish people and their opinions during the episode following the exodus from Egypt, prior to the splitting of the sea of reeds. The first three groups respectively argued to drown ourselves in the sea, return to Egypt, and fight back. The fourth group said let us cry out to G-d.

At first glance, the last opinion sounds very religious and in truth was probably worry free. Nonetheless, G-d responds to Moshe that their approach was also incorrect. Their flaw existed in their lack of responsibility. Although, in their relationship with G-d they were truly selfless, they were not ultimately intuitive to the divine plan.

When faced with an obstacle, one must remember it is G-d who led him to that difficulty. Therefore at the same time when he needs total certainty that it will turn out good he must also use every morsel of strength he has to overcome the problem. The divine plan climaxes at the accomplishment of Dirah BiTachtonim, a dwelling place for G-d in the lowest world, which is a fusion of opposites. The pinnacle of infinity revealed in the depths of limitation. This can only be achieved with a duality to divine service; involving one’s whole being, combined with the knowledge that success is ensured by G-d.

Even more so than other therapies, the Chassidic approach requires soul searching, mind wrenching introspection. This proper outlook is only possible and will be a result of accurate analysis of the reality of our world.

In the above Sicha regarding responsibility that complements trust, the Rebbe in footnote 30 also references a letter from the Previous Lubavitcher Rebbe [Igros Kodesh Vol. 6 pg. 398] which lays out key points that are necessary for one to internalize in order to obtain a sincere trust in G-d.

The Baal Shem Tov initiated a new perspective on the Jewish soul and G-d’s involvement in his creations. This perspective necessitates:

Each of these points is a world unto itself but also complement each other. Only through Avodah; working with one’s self to constantly engrain these realities into his psyche will they transform his perspective and affect his feelings.

Chassidus teaches that a Jew’s daily prayer is meant to captivate him, and requires proper preparation in order for it to have its desired effects. Starting with a mental stimulation, one is meant to imbue his entire being with the knowledge of G-d’s unity with his creations, as well as inspire his own divine connection. Then through climbing the rungs of prayer one can attain and appreciate a complete envelopment of G-dly reality which he can retain throughout the day.

Being that we are subject to the influences of the world around us, we must constantly repeat this procedure every day. Additionally, throughout the day we should give ourselves opportunities to see G-d’s hand in our lives. When shopping or paying bills, stop a moment to acknowledge G-d is providing. When walking down the street, recognize his presence. He’s here holding us, and we possess the soul to realize it. We need only to remove the distractions that put doubts into our minds, and then we will allow ourselves to fall into his arms and be fully consumed by his kindness.