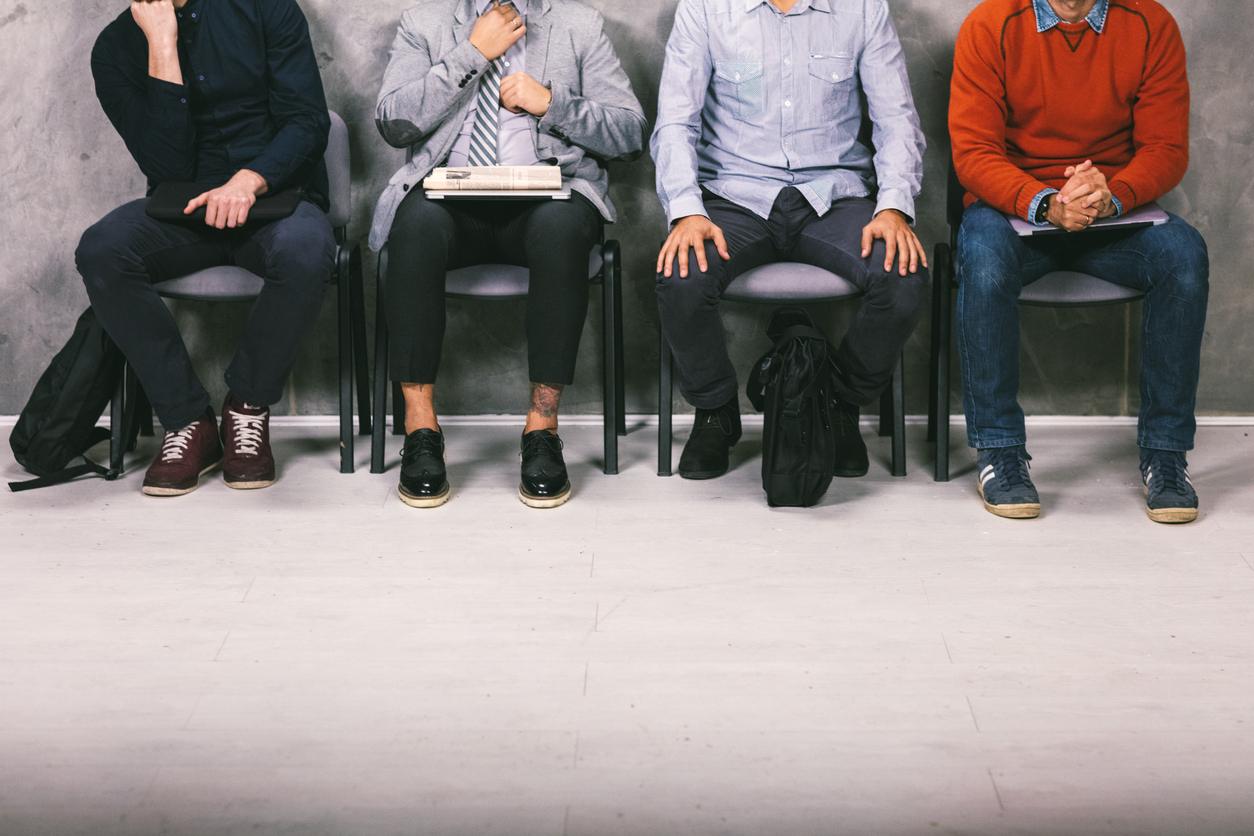 This essay will be comparing how Chassidus deals with something like Social Anxiety Disorder and how modern therapists deal with it. The primary source is Tanya chapter 26.

There were only four more people before it was my turn to go and I still hadn’t thought of something to say. It was a work event and we were going around the table supposed to be sharing two things that people didn’t know about us. My mind was racing trying to find something interesting or clever to say and my leg was keeping pace as it beat out a ferocious tempo under the table. For some reason I felt almost giddy. I had to stifle a laugh as ridiculous scenarios played out in my head. What I just burst out crying? Everyone would be so confused. Or just started mumbling gibberish? Low key I would file that move away for later. I hid a smile as I imagined casually lighting a cigarette right then and there in the Mommy and Me Room (I work in a preschool). Never mind that I don’t smoke or have cigarettes on me, I was nervous and that’s where my mind went. I don’t remember exactly what I said but I made something up about how I know all the Disney songs which is a colossal lie. Anyway, the problem I’m trying to introduce is (not pathological lying, but) social anxiety.

Social Anxiety Disorder, as translated by Psychology Today, “is a persistent, intense and chronic fear of being watched and judged by others and of being embarrassed or humiliated by their own actions.” Social anxiety is when, despite being a normal, intelligent, funny guy with an easy-going personality, I would rather go home and eat cold food that stay in shul for the kiddush and mingle. I’m twenty-one years old; I should have the simple “meet and greets” down pat. Small talk shouldn’t put my mind into overdrive and lulls in conversations shouldn’t be felt on a chemical level as every molecule in my body is painfully aware of each passing second. There’s no reason why I should be reduced to a twitchy, giddy mess anytime I’m confronted with simple ice-breaking tactics at work or school. Especially because I’m actually a good conversationalist! I’m funny! I really am, and I’m opiniated but always willing to be proven wrong, knowledgeable but not condescending, I’m interesting and interested, yet anytime I’m presented with a opportunity to socialize and branch out, somehow I end up dropping the ball. I’ll pretend I didn’t notice that old classmate but later I’ll regret not approaching them. I lied and pieced together something acceptable at the work event but I passed up a chance to actually share something sincere about myself, like that I am trying to learn to play music by ear, or that I love writing but I am too self-critical, and maybe end up connecting with people in a meaningful way.

And it’s not just me. Mayo Clinic, (which is the place to go if you need medical info from the internet,) ranks social anxiety disorder as “common” with over 200,000 cases in the US per year. According to the Anxiety and Depression Association of America, “social anxiety disorder affects 15 million adults, or 6.8% of the  US population.” (For context, OCD affects 2.3% of the US population.)

So what do we do about this widespread and prevalent issue? Medical professionals and the internet will tell you you need therapy or medication or some combination of the two. They will suggest something called cognitive behavioral training (CBT) which essentially retrains your brain to stop thinking negative thoughts and though it takes months of hard work and practice, they’ve seen much success. Essentially, the name of the game in the medical world is to change your brain and they do this with cognitive and behavioral techniques. Cognitively, we need to be aware every time we think negative thoughts and recognize that they are overly pessimistic and try to replace them with more objectively realistic views. Behaviorally, entering pretend social scenarios with a therapist and working through the anxieties that come up will eventually lead to overcoming those anxieties in real life. With an optimistic outlook and active participation, CBT can lead to real long-lasting results.

Fortunately, or unfortunately, (and I see it both ways,) I don’t take myself or my issues very seriously. I don’t see myself attending (or paying for!) months of therapy until i can finally be comfortable joining the Kiddush Club in shul. Especially because the Rebbe wrote that for mental obstacles “you yourself could do considerably more for yourself than any psychiatrist can do for you” (8 Cheshvan, 5713). So, what is it that you yourself can do exactly

According to Tanya chapter 26, negative thoughts are usually coming from the element of Earth in your animal soul. It’s a heavy, sluggish part within you that if left unchecked can drag you into a never-ending downward spiral. The Tanya doesn’t distinguish one type of anxiety from another and rather just lumps everything from worrying about being late to work all way up to chronic depression together, with the common factor being that they weigh you down. There are many other parts within you: There’s the fire, the anger, the burning passion within you that can’t be quenched. There’s the water, the drive for pleasure that tries to plague you with annoyances until you give up and turn toward short-term pleasures as way to relax (i.e. smoking, eating, etc.). There’s the wind, the lover of drama, of gossip, the part that’s always floating up these quirky but appealing daydreams that try to catch you up in them. But what Earth does, what these types of thoughts do, is literally pull you down. they stop you from achieving your task, your dreams. No matter what the pursuit, from wrestling (as the Tanya brings) to painting, to trying to raise a family, these negative thoughts trip you and trap you and any progress or success is made virtually impossible. And this is the source and the nature of all worries and anxieties, all pessimism that we feel. Anxiety holds you back, tells you you can’t do it, its not for you, you’ll never make it, don’t even bother trying, and all the while its hijacking your brain space so that you actually can’t do it. seemingly, the solution is just to push these thoughts out of your mind but that’s not how anxiety works. Anxiety tricks the brain into thinking that the situation is actually panic-worthy. Its not an option to push the thoughts away because the way I see it in the moment, there are no thoughts; it’s just an overwhelming situation that I am trying to get through. And Tanya recognizes this fact. In literally the same chapter, the Tanya actually does give you this advice to push away negative thoughts that are trying to drive you to pleasure, but for anxiety-driven thoughts, the heavy thoughts, the Tanya knows that’s not always an option. The way to quell these nervous thoughts is to think about how G-d directs the entire world to the tiniest detail and everything He does is of course the best possible outcome. If He put you in a certain situation, obviously you are meant to be there and obviously you have the strength to navigate it. This powerful message frees you up from any insecurities, any doubts, and allows you to give it your all even in situations that really are “panic-worthy.”

And this idea beautifully highlights the difference between the secular solution to social anxiety and Chassidus’. let’s take another look at CBT. The idea there is to realize that you’re automatically turning toward a pessimistic point of view and its unrealistic that the situation will be so negative. This, coupled with role playing many scenarios with a therapist eventually drills into the brain a more objective and reasonable point of view. But where does that leave you when objectively you’re actually in a socially stressful moment? Someone is mocking you publicly, you’re being openly shamed, humiliated, everyone is ridiculing you for something you said or did, what now? You’ll probably have to go for another grueling few months of therapy to try and work out how you’re supposed to deal with that. Whereas Tanya’s approach is so beautiful in that it builds you up and tells you you’re exactly where you need to be, this is exactly what is supposed to happen and you have everything you need to overcome it. Tanya tells you you don’t need to be afraid whereas therapy tells you you shouldn’t be afraid.

Close your eyes for thirty seconds and just imagine this: you’re at a work event, a Shabbos table, a social gathering of some sort and you don’t feel nervous. You’re calm and collected, seamlessly weaving in and out of conversations, confident but at the same time, humble. You’re not thinking about yourself at all and you’re able to see and deal with everything at face value. Now open your eyes. How exactly do we get there?

Right now, think about the next time where you might be nervous. If you don’t have social anxiety you can think about a situation where it actually makes sense to be nervous, like your mother-in-law invited you for a lunch date. Or perhaps you are being forced to go to your niece’s school play. Whatever it is, mentally prepare yourself that you will be feeling nervous and plan now that you will address it. When the time comes, think to yourself that G-d, Creator of the universe, did not make any mistakes. He put you in this situation because you can deal with it, you can navigate it. You have all the strength and support you need to get through this.

This will not do anything. Your heart will still be beating like crazy. Your voice will shake. You will still have a hard time pulling in a breath. This won’t transform you into a social butterfly. But it will give you the strength to try again.