The Three Tricks in a Chassid’s Basket 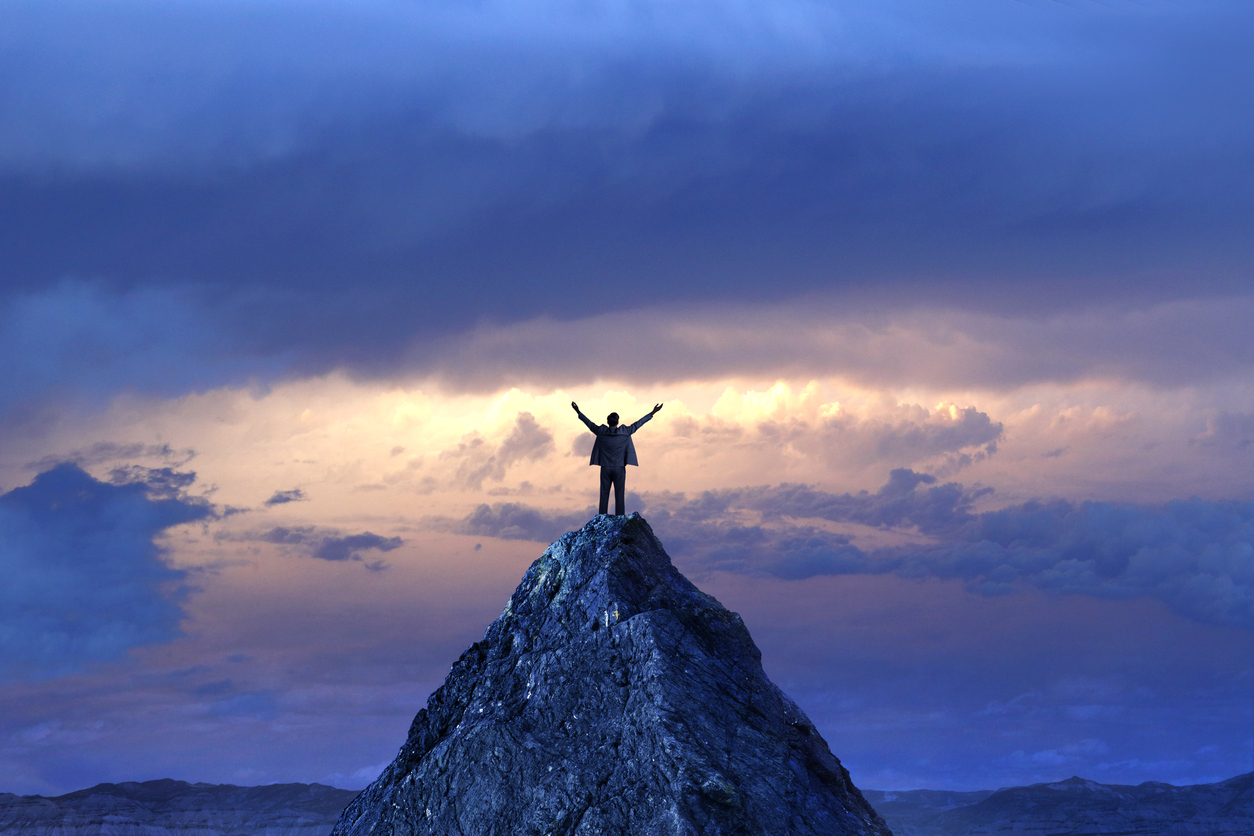 A Bird in Hand…

A farmer in Soviet Russia once attended a Communist rally in the village square when the fiery speaker on the podium suddenly pointed to him and asked if he was devoted to the socialist cause:
– Tell me comrade, would you be willing to offer 100 cows to our Dear father?

Without missing a beat, the proud farmer replied:
– Of course!
– And if mother Russia asks for you to consign 1,000 acres of farmland, would you hesitate?
– Not for a second!
– And if your fellow Soviet comrades need meat, you would gladly pledge every chicken in your coop?

The commissar was shocked by the silence after the farmer’s previous impassioned allegiance:
– Nu!? A few chickens, you’ve already declared your devotion to the motherland with much more.

The nervous famer confessed:
– Yea, but a few chickens I actually have…

The Little (i)That Contains a Lot

This essay is not going to promise the proverbial 100 cows and 1,000 acres, lofty matters of deeply rooted joy (simcha), and optimistic tranquility (bitachon), because those are matters that are best imbued in the cycle of meditation-prayer-learning-practice under the tutelage of a personal spiritual mentor (mashpia). Instead I’ll promise some life hacks reinforced by the teachings of Chassidus.

A disclaimer: How can I provide tricks and claim support from Chassidus which demands internalizing progress(ii)? The explanation is because there’s an inner and external dimension to every reality, yet we can only access the external dimension(iii). Through regular practice and repetition, those external trappings become our new reality(iv). Furthermore, Chassidus looks to the G-dly Essence of our existence to derive insight even from seemingly petty and negative(v) experiences.

These are the three tricks:
1) Reframe reality
2) Make an appointment
3) Be a hypocrite

Against the wishes of some doctors, the Rebbe returned to speaking at public gatherings shortly after recovering from a major heart attack in 1977. During an interlude at one of these gatherings, the attendant physician notified the Rebbe that his vital signs were elevated and re-iterated his protest to continuing the perceived strain of public speaking to a live audience of thousands, he concluded by citing a statistic that the Rebbe was at a 30% risk of a relapse episode. The Rebbe continued to interact with those gathered so the physician repeated his statistical concern. Again the Rebbe didn’t respond so the doctor asked if the Rebbe heard what he was saying, the Rebbe finally acknowledged, “I heard you well- you told me that there’s a 70% chance that I will continue to have good health.”

News has always been ‘fake’, as the great editor Gershon Jacobson quipped, even the date on the paper is a lie- it was printed yesterday. However, the offensiveness of fake news is its pessimism. Chassidic thought counters this pessimism by employing an extreme optimistic spin.

For example:
– Rather than saying ‘good and bad’, Chassidim are accustomed to say ‘good and (that which could be) better’.
– Chapter 9 of the Alter Rebbe’s magnum opus guide for the life of a Chassid describes the struggle in our bodies between the noble/G-dly drive rooted in the mind and the selforiented/natural drive emanating from the heart.

– A man once received a personal lesson on optimism and positive speech from the Rebbe who told him that with creativity you can always find a positive spin that bypasses what first meets the eye: for example, rather than focusing on a person’s amputated arm, you can marvel at his capacity to accomplish with one arm what most need two.

Albert Einstein is quoted saying ‘beware of pessimists, they can find a problem to every solution’. This isn’t ignoring the ‘facts’ and ‘reality’ that cynics cite; rather, Chassidim go above the problem to create their own reality with positive energy(vii). This sounds like pseudo-Kabbala but the power of optimism has been demonstrated empirically(viii) and is parsed masterfully in the teachings of Chassidus(ix).

The source of this optimistic bias can be found in the Hebrew language itself; the word for an impossible challenge shares the same root ‘to elevate’. By anxiously embracing whatever G-d directs to our doorstep, the challenge itself becomes sublimated back to its Source(x) as an opportunity for growth and revealed goodness.

The corollary of the previous tactic is to adopt what agile methodology encourages “delay to the latest responsible moment’. Just as we are in control of how we perceive life’s challenges, so to we are in control of when we dedicate our senses to process and ponder issues. Not every impulse, thought, and emotion deserves your immediate attention. That stream of consciousness is just your existence and the facts, you are in control of your reality and life.

There’s a well-known story of a man who asked how he could prevent stray thoughts from distracting him. The Maggid of Mezritch instructed him to visit Rabbi Zev of Zhitomir. The man eventually arrived to Rabbi Zev’s home in the evening and looked through the window to see him studying. The man knocked on the door but to no avail; throughout the night he yelled in the window and banged on the door but remained outside. Finally in the morning Rabbi Zev opened the door for his guest with the greatest of warmth and offered the most conscientious hospitality. It turned out this episode was the answer to the man’s questions- we cannot prevent the steady stream of unwanted distractions (already in the 18th century), but we do have absolute control on what we allow to enter our deliberate conscious.

At the end of Chapter 26 of Tanya, the Alter Rebbe prescribes a fascinating meditation in the form of a dialogue with the distracting thought:

“Now is not the proper time for genuine concern, even for worry over major lapses…for this one must set aside opportune times, when the mind is calm, to reflect on the greatness of G-d…”

Practically speaking, don’t try to multitask. The traffic laws where I live are that a person cannot even eat or drink let alone use a phone while they are driving. In fact, studies have shown that even hands-free talking is as distracting as driving while inebriated(xi). When something is worth doing, focus on doing it. This is what the Frierdiker Rebbe branded hatzlacha b’z’man(xii) – fully living each moment. In the words of Peter Drucker, “There’s nothing quite so useless as doing with great efficiency something that should not be done at all.”

A man confided to his Rabbi that he felt like such a hypocrite when he walked in shul once a year for Kol Nidrei. The Rabbi corrected him: the rest of the year is your hypocrisy, when you come to commune with the Almighty (even once a year) that’s when you are true to your soul.

After the first two tricks you will start to string together a necklace of moments of deliberate and optimistic mindfulness. Of what value are those moments of mindfulness/obedience being that you remain the same?

1) Life is a set number of those quantum moments like the setting for a jewel. We are entirely in control of filling that setting and thereby becoming fully connected(xiii) in all of our faculties with the Infinite Divine Desire.
2) You are the spiritual descendant and heir(xiv) from majestic beacons of dignity and grace and you have inherited those soul powers to be in control of each moment of your life to add it to the chain of positive energy.
3) With repetition that behavior becomes your second nature. That’s the transformative magic of these three tricks(xv).

Embrace those hypocritical moments when you are not behaving as ‘yourself(xvi)’ and merely adopting the mandates of the Torah’s teachings and the customs of the Jewish nation- that’s literally perfect. It’s a sign that you have escaped the confines of your basic instincts. Those instructions (as decoded by Chassidus) are an expression of your inner core. Going beyond your natural inclination and predilections doesn’t restrict you from finding your signature style, on the contrary, that’s the spice you can add to your collection of polished moments.

A vintage chassid of our generation, Rabbi Nissan Nemenov, had a reputation of being a genuine beinoni (as defined in Tanya- never allowing himself to stoop to sin in thought, speech, or action). One day his grandson approached him to ask if it’s true what people say about his grandfather. Rabbi Nissan shrugged as if to say ‘I don’t serve for titles’ and told his grandson, “it’s not so hard to be a beinoni”, his grandson was intrigued so he continued, “I’ll make you a beinoni right now.” He handed the boy a book of Psalms and told him to recite the verses slowly for a few minutes until told to stop. After five minutes Rabbi Nissan stopped him and declared, “You see? For those five minutes you were a beinoni.”

As Rabbi Manis Friedman advises: don’t try to be a good spouse, child, chassid, friend because:
1. There’s always room for improvement,
2. If we want to be very exacting, that line of thinking will be depressing, and
3. As soon as you think your ‘good’- you’re ruined because your own satisfaction of status is an excuse to not endeavor to provide what’s needed now.

Instead just do great things to your partner, parents, and friends. This way of thinking has been such a refreshing epiphany in my life. Not that I always embrace the call of the moment with joy, but I’m at least aware that I’d rather find what I’m needed for rather than what I need. I try to respond to whatever the Divine Orchestrator brings to my sensory doorstep. It’s so easy to think about what’s in my own best interest, but it’s not noble or deeply satisfying- I’ve decided to reframe my reality.

So too with the Divine- don’t try to be an angel (there’s enough of them in heaven), simply provide the Almighty with what he asks of us each day. What matters in this world, and especially in our generation, is behavior.

To conclude: 1) we need to reframe our concept of time and events to take control of how they influence us, and 2) when we influence them. 3) Regardless of how we (or the world) defined ourselves until now, we can train ourselves to perceive how every single moment is a distinct opportunity. With these three powerful tips we are empowered to embrace the marrow of goodness and parry the husk that conceals the Divine energy with every faculty of our soul.

I promised very little (a few chickens) and (I believe that) with these tips I’ve delivered a lot(xvii). What’s at stake is nothing less than the next step in our journey to be of service to the world and to ultimately reach the time when we will be able to appreciate the magnificent jewels that we have strung over the millennia.