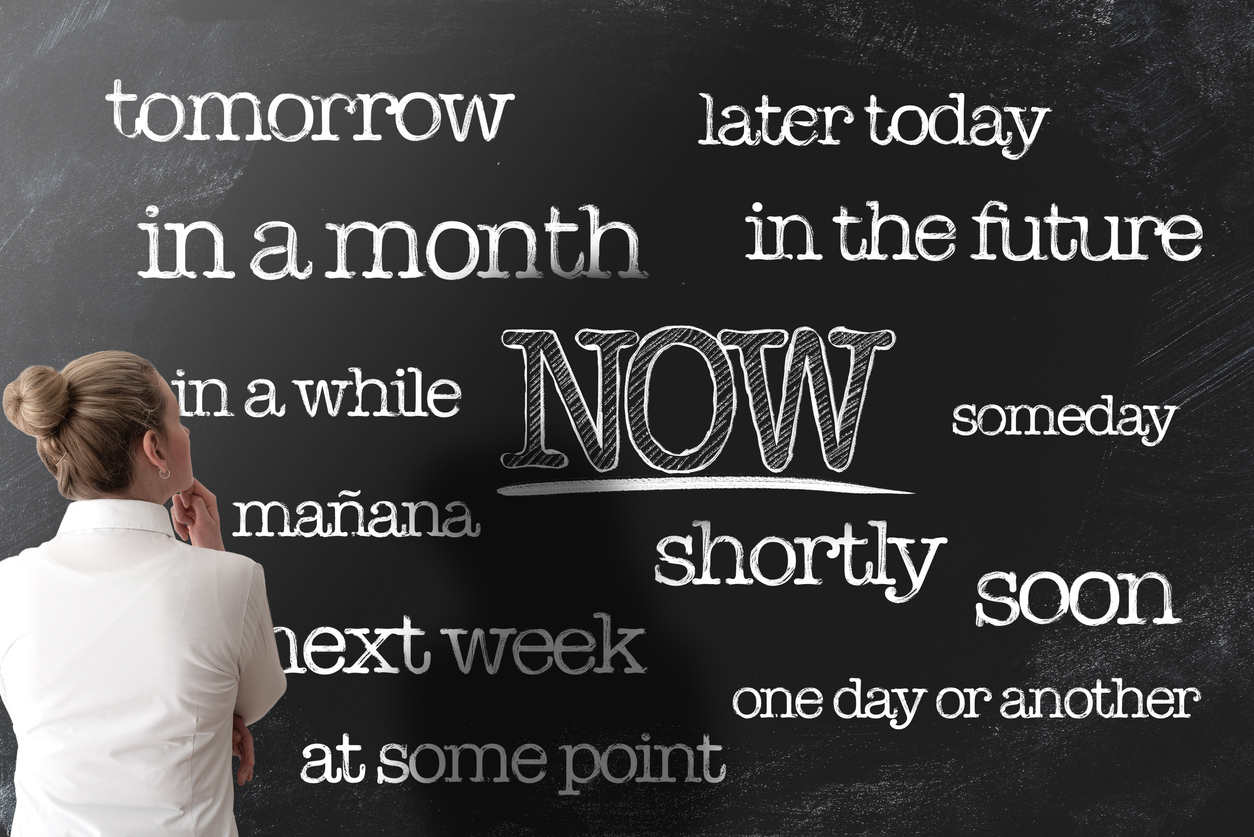 You know that you should change. When logically thought through, the conclusion reached is that it is completely irrational to push off and evade your responsibilities until it is no longer possible to do so, and the deadline of the aforementioned obligation is looming before you, frighteningly near, too large to ignore or push to the side. Then, you are forced to deal with the consequences of your delaying;  alongside the original task at hand is extreme stress as you race against time to accomplish as much as you possibly can, and quite often, disappointment, dissatisfaction and regret when the results do not measure up to the standards of which you are truly capable, and do not aptly express and illustrate your talents and abilities.

Procrastination is not merely a one-time situation, in which the person involved suffers as a result of his actions, or in this case ‘non-actions’, promptly learns his lesson, and has a completely different attitude the next time. In most cases, it is an ongoing problem, one that might come to the fore with regards to essays, projects, tests, cleaning one’s room, even, G-d Forbid, with regards to one’s Service of Hashem, such as when it comes to working on refining oneself and growing spiritually in matters of tefillah, learning, etc.

In this essay, I will first list three different, underlying causes of procrastination, and then corresponding to each one, I will bring up a way to solve this issue, according to excerpts from Tanya, Hayom Yom and other Chassidic sources.

What leads to procrastination?

There are various teachings in chasidus which can greatly assist one in overcoming procrastination, which serves as a huge obstruction in many facets of many people’s lives:

As you work on this, remember to nurture the characteristic of zrizus, alacrity. Don’t delay, take action. Remember, the action is the most important thing.

So in summary, in order to overcome procrastination, take time to consider the pitfalls of laziness, our self-worth and our need not to be too self-absorbed, and work on setting smaller, achievable goals and being more orderly.

With Hashem’s help, this will please G-d lead to a decrease in stress and anxiety, more productivity, feelings of fulfilment and success, reaching one’s potential, and truly shining.