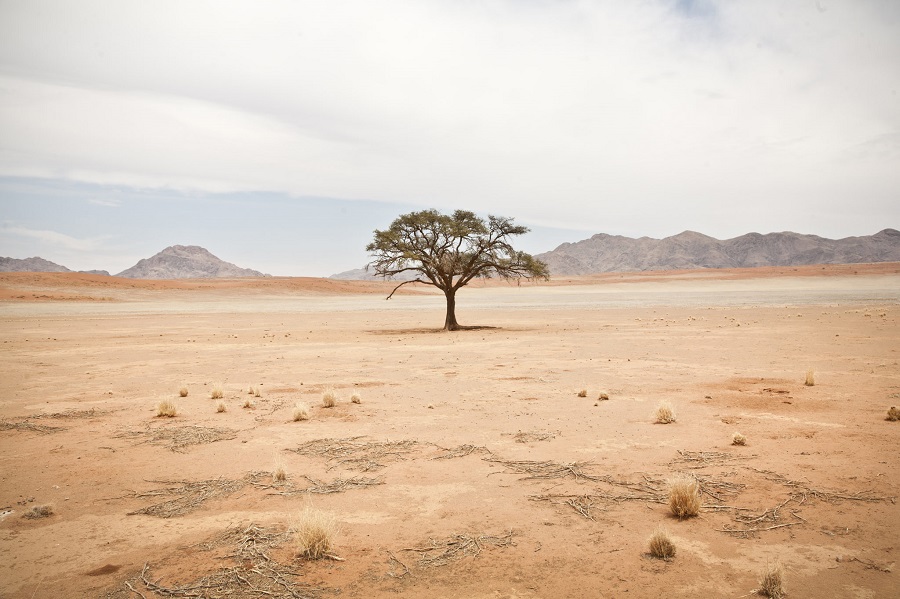 One of the most famous aspects of Chassidic life is its emphasis on the importance of joy. Less well known but equally fundamental is its negation of depression. In line with this, Chassidus provides a wide variety of insights that can help avoid depressed moods(1). However, many of these draw heavily on the unique theological teachings of Chassidus(2). This essay explains a more psychological insight, based primarily on part of a Chassidic discourse of the Mitteler Rebbe entitled V’yosfu anavim b’Havaye simcha(3&4). This discourse explains that atzvus (depression) stems from a character trait called gasus ruach(arrogance) and that developing anavah (humility) is the key to replacing atzvus with simcha (joy).

I. Character traits according to Chassidus

In order to properly understand and apply this lesson, the terms just introduced must be precisely defined, as the character traits delineated by Chassidus are not fully captured by English terms.

The most fundamental character trait the discourse discusses is hargashas atzmo— literally, “feeling of self”. This might be translated as self-absorption, self-consciousness, or a combination of the two. To “feel oneself in” a particular thing, as the Mitteler Rebbe puts it, means to be self-absorbed and self- conscious with respect to that aspect of life. One might feel himself in his intelligence, his athleticism, his humor, or any other trait or achievement. Thus, a person with greater hargashas atzmo feels himself more intensely in more areas of life.

Based on this term, we can understand the traits of gasus ruach and anavah, which do not match their English translations perfectly either. These are two ends of a spectrum, and the variable along that spectrum is hargashas atzmo.

Gasus ruach literally means “thickness of spirit”. It is defined as the desire to be “something of significance” and, in particular, significance which is independent of G-d. Herein lies the inadequacy of the translation above. Whereas arrogance is the feeling that one actually is significant, gasus ruach also includes the mere desire to be significant, even in one who feels that he has not achieved this. Thus, it is clear that gasus ruach stems from hargashas atzmo. The more preoccupied one is with his standing, the more desperately he will need to feel significant.

Anavah means “humility”. However, the Chassidic conception of humility must be properly understood. It does not mean purposely ignoring one’s good qualities and considering oneself bad or worthless. Rather, a person with anavah simply does not think about himself as something of independent significance. He may know his strengths and weaknesses perfectly well, but he does not consider the statements these attributes make about him. He is simply removed from such calculations. Thus, we can see that anavah, by definition, is the lack of hargashas atzmo.

The next step is to understand how gasus ruach leads to atzvus and how anavah will allow a person in the same exact situation to maintain simcha. The Mitteler Rebbe mentions two primary triggers of atzvus: awareness of one’s shortcomings and unpleasant occurrences in one’s life. The key insight is that these triggers are not deterministic. That is, a person does not have to become depressed just because the triggers are present. It all depends on whether he responds with gasus ruach or anavah, as will be shown with an example.

Consider two high-achieving college students5, one filled with gasus ruach and the other with anavah(6).

The student with gasus ruach deeply needs to achieve in order to establish his significance. Every exam is a statement about his intelligence. When he does better than others, he takes pleasure in the feeling of superiority. Those who do better than he are thorns in his side, and he either needs to “beat” them in the future or convince himself that really he is better than them, despite the evidence. If it is someone “stupid” who bests him, it is even more insulting. He boldly asserts his opinion in every philosophical or political conversation he hears, even if he knows little of the subject, and, in those matters which he does know, he knows that his opinion is the perfect solution that the world is just waiting to hear. Minor illness or even a bad meal can completely ruin his mood, sensitive as he is to such “injustice”, and he will constantly complain about such problems—and how much more so the more serious ones—especially if they affect his academic performance as well.

To the extent that one identifies with this student, one is at risk of falling into atzvus for two reasons. First, he cannot find simcha in his successes or good experiences since he feels entitled to them, like a person receiving a paycheck, as opposed to a gift. Second, he cannot escape his share of failure and unpleasant experiences. As long as he does, he can stay afloat, but when he does not, then depressed moods are likely to follow, their frequency and intensity depending on his level of gasus ruach.

[aside] When some unfortunate event befalls him, he handles it casually, staying focused on what  really matters rather than trivial, temporary inconveniences.[/aside]

The student with anavah is comfortable with himself, even without considering his achievements. His motivation to achieve stems from something outside of himself. Perhaps it is to be able to provide for a family someday soon, to help someone in need, or to fulfill his role in G-d’s plan to perfect the world. He earnestly strives for success but knows that not everything will go his way. It is only natural that he will not be among the best at everything. Though he has his opinions on all the philosophical issues, he knows that they may very well require more thought, so he is open to hearing what others have to say. When some unfortunate event befalls him, he handles it casually, staying focused on what  really matters rather than trivial, temporary inconveniences.

A person with this mindset is free to experience real simcha. His perspective on life stems from an inner peace and freedom from worry about himself. Although he also prefers success and good experiences, he does not need them in such a way that he becomes depressed without them. On this, the Mitteler Rebbe comments that there is no greater simcha than to be free of worry as a result of anavah.

III. Action is the main thing!

From all this, we see that one can reduce atzvus and add simcha by improving on one’s anavah, but the question remains: how can this be done?

In the Chabad system of personal growth, perhaps the most fundamental tool is a form of meditation called hisbonenus. There is much to be explained about this technique7, but the basic procedure is to focus deeply on a concept in Chassidus and contemplate it in all of its details for an extended period of time. Over time, through consistent exertion in hisbonenus, one gradually internalizes the idea, such that he will actually feel, think, speak, and act differently because of it. Chassidus provides many themes for contemplation, each aiming to create a certain emotion, the most basic examples being various types of love and awe of G-d.

Accordingly, the Mitteler Rebbe explains that the way to attain anavah is through hisbonenus, and he spells out examples of what to contemplate. However, the particulars he chooses are primarily relevant to extremely pious Jews, so the underlying concepts must be extracted to make this hisbonenus useful to every person.8 The essential point is to identify the qualities in which one feels himself and consider how he attained those qualities. When he does this thoroughly and honestly, he will find that he did not attain them by himself and therefore cannot consider himself to be of great significance because of them. Now, the purpose of this is not to feel bad or worthless, as explained above. Rather, this contemplation should make one realize that his qualities do not actually give him that independent significance he desires, and it should make him comfortable with that fact. This negates even the desire component ofgasus ruach and supplies the comfort and lack of worry included inanavah.

Consider again the example of the college student who is full of gasus ruach. The following paragraph is a selection of possible thoughts that he might consider in a hisbonenus to negate gasus ruach in the area of intellect, written in first person to depict real hisbonenus most closely.

“I think I’m so smart, but my intelligence is not really my own. I really didn’t do anything to deserve it. I’m not better than anyone else because of it. The truth is I’m really just fortunate that G-d gave it to me, and I need to be more grateful for it. I mean, it is true that I’ve developed it somewhat, but so what? Anything else would have been a waste; it’s not like I’m so great because of that. Besides, even what I did achieve wasn’t on my own. Without everything my parents and my teachers did for me, I never could have come this far. Plus, maybe if those guys I make fun of were given this gift, they would’ve done even more with it. So why am I trying to feel important just because I’m smart? That’s not what makes me important. If there’s anything that really does, it is that G-d created me and gave me a purpose. I have a relationship with Him and a truly important responsibility in this world. Nothing can ever take those away from me, and if I have that intrinsic importance, then I don’t have to make myself important. I am already important to G-d. I can just calm down and focus on what needs to be done…”

Hopefully, from all of the above, each reader can craft his own hisbonenus, addressing his gasus ruach in whichever qualities he finds it and teaching himself to be comfortable with his dependence on his Creator, his relationship with Him, and his lack of self-created significance. In response to this effort, may G-d grant that we should all succeed in achieving true anavah and simcha!

Watch video presentation of this essay.

Aryeh Gurewitz is a 22-year-old student currently learning in Chovevei Torah Yeshiva in Brooklyn, NY. He is from Lake Worth, Florida and a graduate of the Wharton School of Business at UPenn. Aryeh will use his first prize winnings to pursue his Jewish studies further. He chose to write about the problem of depression because he believes that Chassidus provides a totally unique approach to overcoming it and that this approach can work for anyone, regardless of their present relationship with G-d.

4 Printed in Sefer Maamarim Neviim U’Kesuvim. Certain details are also taken from the Previous Rebbe’s discourse of the same title (5697), as well as the Rebbe’s related discourse, V’yihyu Chayei Sarah(5741).

5 It should be clear that a student is just one of countless examples. Since every person is somewhere on the spectrum between gasus ruach and anavah, they could be illustrated using anyone—athletes, businessmen, doctors, rabbis, or even people who are not involved in such ambitious endeavors. However, due to the constraints on the length of this essay, it is not possible to include more than one example here.

6  Note that these examples depict the two extremes of the spectrum. Therefore, most individuals are likely to relate to both of them to some extent, as opposed to entirely resonating with just one.

8 He discusses hargashas atzmo in faith in G-d’s unity, as well as understanding, love, and awe of Him.