A Journey of a Prince 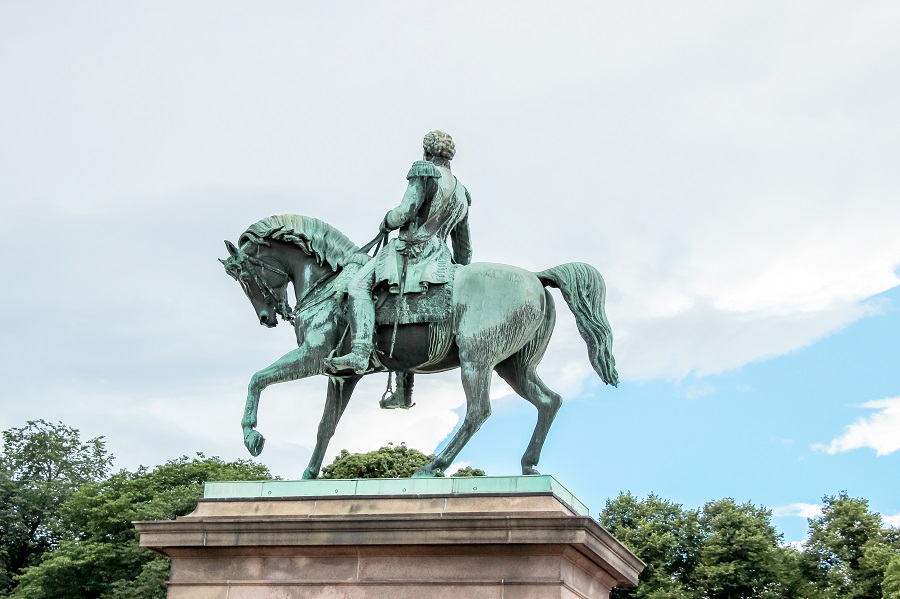 The last suitcase was zipped and rolled to the door. The royal carriage waits outside the palace gates, its horses restless. One last round of hugs and kisses and off he goes, down the winding road, taking him far from the familiar and deep into the unknown. It was for his own good- his father had said – and for the benefit of the entire land, for as long as he was in his fathers’ eminent presence, sheltered by the grand palace and it’s towering gates, being a prince would perhaps inhibit him from experiencing life deeply. Where the floor-tiles sparkle with royalty and even the linens and cutlery reflect majesty, how can he be anything but the prince? And so the decision was made to send him off to the sleepy villages and the bustling cities of the vast empire, where he would spend the coming years. There he would grow into his true self- a prince at heart. There his royalty and greatness would shine through the armor of simplicity. This great accomplishment would be based on the foundations and principles upon which he was brought up, yet not compelled by them. But as the days turned to weeks and the weeks to months, the young prince found himself adjusting quite comfortably to the coarse lifestyle of the simple-folk. He slowly allowed himself to integrate into their society, incorporating their ways. His royal garments felt like an over-sized costume, an unnecessary burden. Yet he maintained his written correspondence with his father- his father had made him promise so. But he did so without feeling. With a cold detachmen,t he penned a clipped letter and quickly gave it to the kings’ messenger, eager to get back to “his life”. Then one day as he wrote the words: “Dear father, his majesty the king,” he stopped short. Why did these words seem arbitrary suddenly? Did he actually recognize and appreciate the majesty of the King?  He quickly realized that his knowledge of the greatness of his father, his king, was embarassingly small. And so, over the course of the coming months, the prince immersed himself in any book he could get his hands on, regarding the king and his royal dynasty. Slowly but surely, a new picture began to form in his mind. A deep sense of pride, immediately followed by an intense yearning for his father and his home. After his in-depth research, he wrote to his father. This letter, however was a complete turnabout from his previous ones. He pleaded with his father to allow him back home, to the palace and its royal grounds, so that he may breathe the majestic air-which he now appreciates- once again. The king’s return letter was understanding yet firm. “This is the moment I’ve been waiting for” he wrote. “Now that you have an appreciation for all this, and you yearn for it, can your mission finally begin. Continue yearning, but don’t come home yet. Harness your burning desire to come home and use it to spread my name throughout the land and bring the integrity and magnificence of the palace to the people of the land. And so the prince set out on his mission….

This is the story of the Jewish soul. Our pure soul was sworn to loyalty at the threshold of heaven. It agreed to adhere to the principles of royalty, and stick to the mission at hand. To spread Gods’ name in a world so mundane, to imbue physicality with spirituality.  But as the years drag on, it comfortably adapts to its new surroundings-namely, the body and the physical world. It fails to see beyond the physical, completely forgetting what heaven looked like. It dutifully “writes” three daily letters, but it sees it as a monotonous-often burdensome- task. The underlying cause is a lack of understanding and knowledge of the significance of its mission, consequently resulting in a lack of appreciation for it. When we don’t have a developed appreciation, we don’t yearn. When we don’t yearn, then there is nothing compelling us to go the extra measure, and eventually there’s nothing compelling us to do the mere basics.  The only way to gain an appreciation of something is to learn all the more about it. But it isn’t enough to learn all the laws about the “what, where, when, and how” but rather we must get to know the inner dimension. The essence, the life and soul.  [The Lubavitcher Rebbe once expressed, that this is the basic difference between the divine commandments which a Jew fulfills and the rituals done in different religious groups and cults. Those rituals that are performed by them, are just what they seem: An action without meaning. A body without a soul.]  Once there’s an appreciation for what we stand for we’ll have what to yearn for. Say your next-door neighbor took his family on a cruise to the Caribbean islands, where they immensely enjoyed themselves. Will you yearn to go there too? No, that’s not what true yearning is. You may be embittered over your “bitter lot” that doesn’t allow you to do the same, but you won’t yearn. When on the following year your neighbor can’t afford a repeat of the previous years’ lavish excursion, he’ll yearn for the grand vacation which he’s already experienced firsthand.

Once we do reach the stage of yearning for G-D, what follows? The soul yearns to be “back home”. It yearns to bask in the unlimited light, experiencing ultimate pleasure being ensconced under the heavenly throne as he was before he was sent down. But no. Only now can we truly accomplish our mission. We can bring heaven down to earth. Now we can share the love and respect for the royalty which we so yearn for, to our lives and surroundings. Now that we have gained somewhat of an understanding and a deep appreciation for the King of Kings, a private audience with him, is not something to sneeze at. So let’s get going. LEARN, APPRECIATE, YEARN and APPLY.  [This is in fact a practical way of dealing with any anything that has taken on a colorless, dull cycle. Say someone doesn’t find himself enjoying his job. If he’ll learn to appreciate the value of it-and no job has no value- he’ll see it for what it accomplishes, every time anew. The same stands for dealing with other bothersome tasks [or people]. Trying to minimize the bother [by getting it over with wuickly or being less involved] won’t really take away the thorn at his side, it may make it thinner-but thinner is sharper. But if we actually learn to appreciate the bother for what it truly is, we may find ourselves eagerly anticipating the next “bother”.

This essay is primarily based on a Sicha of Shabbos Breishis 5719 [se’if beis and on.] that discusses what real yearning is and a sicha of Moitzoei Shabbos Chanukah 5735 that talks about applying that which we yearn for.

Yossi Fischer lives in Monsey NY. He attended Yeshivos in Kiryat Gat, Kfar Chabad, and Morristown NJ and is currently a Shliach for the students in Lubavitch Mesivta of Chicago.