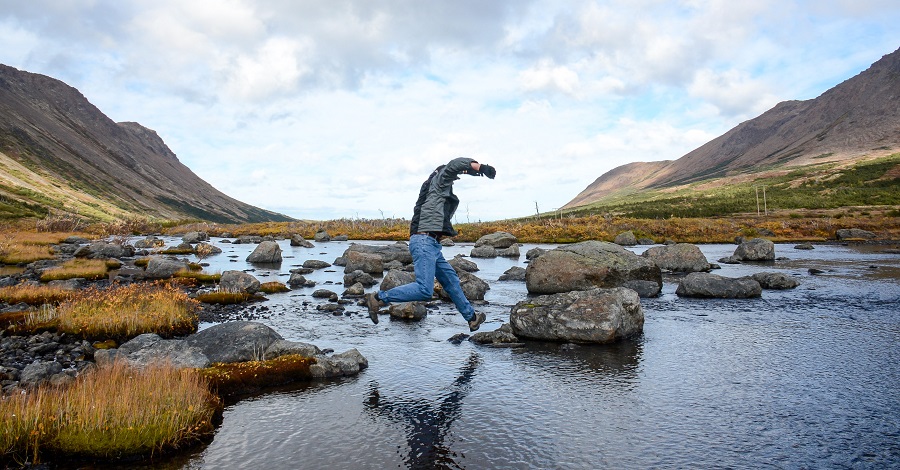 It is frustrating. As I go from one stage in life to the next, I feel that I have lost my footing. Here I am being transformed from a student in high school into a counselor at a camp for tweens. From one responsibility to the next I feel that the unknown is before me. I feel for the first time in my life insecure of my future. What does it hold? Will I find tranquility? Will I find my place?

There are two ways, explains the Tzemach Tzedek, the third Chabad Rebbe, in a discourse (Derech Mitzvosecha, Mitzvah Zchiras Amelek), of perceiving this world: daas elyon and daas tachton.

Looking deep into our souls to see our connection to G-d, how were are sourced in the Higher World above all limitation, we have the capacity to contemplate on daas elyon. In return, this will allow us to feel how G-d himself is the true existence.

The Lubavitcher Rebbe examines the story of Amalek and their will to destroy the Jewish nation:

The Jews in Egypt had strong Emunah, faith, in G-d. They had fervent, firm and simple faith that they would be redeemed. They knew that following G-d’s commands trumped the Egyptians’ authority, clearly shown when they readied their lambs for the Pesach Offering by tying them to their beds for all the Egyptians to see that they were about to slaughter their gods.

In the Land of Israel, once again there would be this tangible G-dliness that allowed the Jews to have a more intimate relationship with G-d. This understanding of G-d was from the Jews themselves, not from external pressures.

However, between these two periods was their 40 years in the desert. The faith they had in Egypt was no longer with them and they had not yet internalized a relationship with G-d. Their connection was spiritual. They were content with their Torah learning. With no physical care in the world, they could not understand fulfilling G-d’s ultimate desire for them to leave the spiritual state and move into a burdensome, difficult land of Israel. This was their holding with G-d as well; they understood him intellectually.

The Jews were living in almost another dimension of pure holiness, they did not allow the knowledge to affect their emotions and actions. This intersection of mind allowed Amalek to attack them. In Egypt, on the other hand, such an attack was impossible because of the Jews’ irrational belief in G-d. Amalek understands intellect, not belief, so they had no foothold there. The issue arises when the Jews were in the in-between stage of becoming a nation of G-d.

The Rebbe helps make this relevant to out lives.

Every single day in davening, we are commanded to “Remember, never forget Amalek,” so it’s relevance must be significant.

The Torah says “asher karcha baderech,- they chanced upon you along your way” The word ‘karcha’ shares the hebrew root of the word cold thus implying that Amalek introduced a measure of coldness, disconnect and apathy into the Jews’ psyche. Spiritually, they attacked us with indifference, which is the worst spiritual state to befall a Jew. To combat the coldness they introduced, first we must recognize that it exists, then we need to connect to our inner spark and warm the rest of us with the dormant yet powerful source of fire in all of us.

The Inner Spark
Last year I was thrown into the unknown. I found myself in a camp where many were either on the way out of Jewish observance, or already far from anything they grew up with their families. It was a harrowing experience, where tweens were swimming in the world of the unknown. Living an innocent life, I was shocked at the words shared about G-d and their family’s Jewish way of life.

One parent shared with me that she doubted her own parenting skills. “I feel that I am failure,” she said to herself. Yet, she dug deep and chose to never give up on her daughter. “I know she is going to be fine no matter what,” she told me about her initial struggle.

She asked her daughter that if there is one thing she could do for her, is that she should always wear a necklace she had received from her grandmother. A devout Jew, who had great self-sacrifice to keep the semblance of Jewish life, even during the most difficult times. Her daughter had grown up with these stories and she hoped that when the time comes she would be able to reconnect to those memories.

The young woman continued to drift into the unknown. Drinking regularly at a bar with other youth. She one day passed out in the bars bathroom. When she woke up the next day in the hospital, she was in a gown, her only personal item was the necklace. All shaken, she was moved to realize that there was more to life, there was something better. She had to reconnect.

When she finally returned home, the faith the mother had in her daughter — just like the Jews who only saw real G-dliness, when they finally entered into Israel – now became tangible.

The transition of moving on from a structured education to real life, of school years to a place of real internalization, left me in a vulnerable state, an opening for doubt and hesitancy to trickle in.

In my own life, recognizing that I am in a hard place, I can reaffirm my own internal connection to G-d. While I study Torah, it needs to be internalized. There needs to be that simple faith that connects me to a Higher being. Instead of losing myself in the intellectual dimension of where I want to escape to, like the Jews in the desert, I stay present and anchor myself in applying what I know to reaching my goal, a place where I can find security.