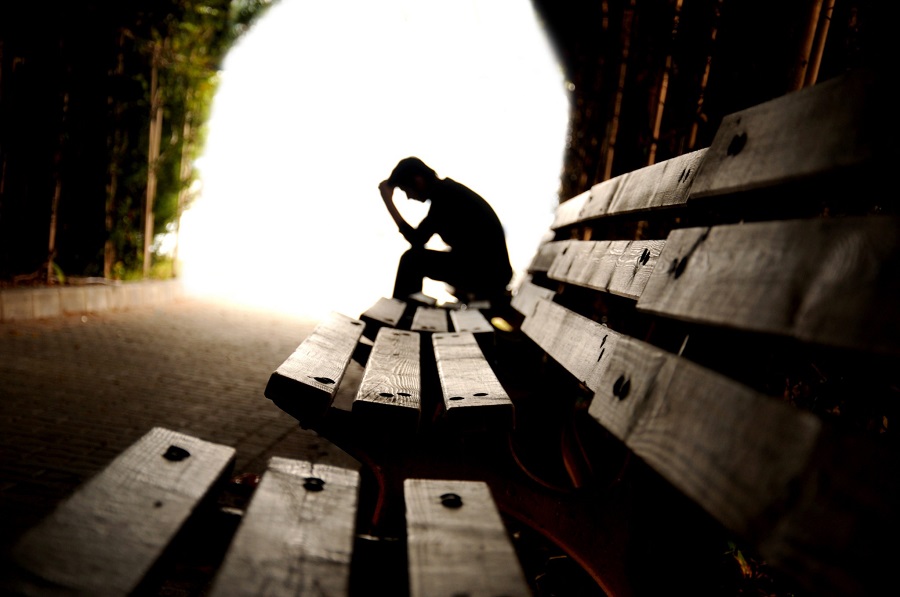 i. This essay will briefly explore the approach Chassidus takes to depression. It will use Tanya as a basis to explain that depression is a mental state characterized by lethargy intended to denigrate a person. With this understanding, it will offer a simple, yet effective behavioral solution.

ii. Depression is debilitating. Characterized by feelings of apathy, hopelessness and a lack of motivation, depression affects people’s daily life in serious and devastating ways. Depression in a spouse could destabilize a marriage by creating detachment between the partners, leading to a feeling of isolation. Depression in a friend could be overwhelming and disconcerting. Depression in oneself could be fatal.  It is acknowledged to be the biggest mental health issue in our times, with an estimate of 16% of US adults suffering from severe depression per year.  Even though the symptoms of depression are clear, the treatment is not.  All too often, individuals are heavily medicated or/and prescribed a treatment of therapy. While both can be effective to some extent, these treatments are often long-term, expensive and are not necessarily complete solutions.

iii. To understand how Chassidus responds to this issue, I will be utilizing the teachings of Tanya, with a focus on chapter 26. Although Tanya discusses atzvus, which is typically translated as ‘sadness,’ I will be using it to refer to depression. I am aware that sadness and depression are distinct, however, the roots of depression are found in feelings of sadness. Depression is clinically a more severe, consistent and long-term version of sadness. So for the purposes of this essay, it will be assumed that any solution that works for more short-term sadness, can with increased application, work for depression.

iv. Tanya characterizes depression as a heaviness that weighs the psyche down and, consequently, thwarts action. The analogy it uses to identify the primary modus operandi of depression is from the world of wrestling. A wrestler, who is physically strong and able, will be overcome by a physically weaker opponent if the former is slow-moving and lethargic. Likewise, in the psyche there are two ‘wrestlers’: the ‘higher self’ that wants a life of meaning and purpose, and the ‘lower self’ that seeks self-destruction. If the former is not committed to the battle, lacking energy and alacrity, he will lose, and so the ‘lower self’ will take control of the mind.

Depression then, according to Tanya, is not just problematic in and of itself; more problematic is the fact that it makes way for our in-built disposition towards internal anarchy.  So, even though depression is characterized as an emotional heaviness, which leads to passivity, what drives it is an active desire for self-destruction.

To understand this further, we must briefly understand the concept of the “two souls” that Tanya describes at length. The “G-dly soul” (the ‘higher self’) identifies with its Creator; it has an innate desire for good, unity and transcendence. The “animal soul” (the ‘lower self’) identifies with itself; therefore, it is self-serving and materialistic. The animal soul’s self-serving mentality creates in it a tendency to be selfish, destructive and immoral. This is called the yetzer hara, evil inclination, in the language of Tanya.  It is like a bull unfettered and running wild.  It has no direction and no purpose; so, eventually, it will meet its own demise. Therefore, not only is the animal soul serving itself, it can also be destroying itself when it gives in to its selfish urges.

Interestingly, Tanya doesn’t focus much attention to explain the causes of depression. It acknowledges that it can be provoked by both material and spiritual worries, but sees these as natural products of life itself.  It is not that Tanya is insensitive to the challenges these worries can create, it is just that Tanya’s focus is to help an individual perfect the art of becoming a more refined, fulfilled and ultimately, more G-dly person.

So what is the remedy to depression?  Tanya suggests two main courses of action: Firstly, to have an open heart and allow oneself to be joyous; secondly, to reframe the negative experience as something positive.

The second response that Tanya provides is to utilize the depression as a motivator for an increased and more intense period of self-growth. Tanya appeals to the phrase from Mishlei that says, “In every sadness, there is profit,” explaining that the “profit” is the gain that comes from overcoming the sadness. Seemingly, there is an irony here. How can something so negative be a cause for something positive? The answer: By weaving it into the narrative of one’s life, not negating it. The sadness creates an opportunity (the void that is felt) to connect in a deeper and more intense way to one’s purpose.

v. So how can this be done in practice? The central tenet that Tanya’s remedy relies on is that depression is a mental state that every person has control over. Of course, when someone is in the throes of depression, he does not feel this way; he may feel like the depression is in fact controlling him and he can’t do anything to remedy the state. This of course is what makes depression so pernicious. But the Tanya insists that we must intellectually, at least, be aware that there is a way out of the clutches of depression and that the situation is not hopeless. This awareness will provide the hope and assurance that can motivate the next step: Acting joyously.

This means that if someone is overcome with despair and cannot get out of bed in the morning because he feels no appetite for life, he should force himself to jump out of bed and act in a happy way.  He need not feel like doing this; he only needs to understand that this is the remedy.  In the same way that someone might go to a therapist because he believes the therapist will help him out of the depression, so too Tanya is telling us that a person ought to behave in ways that are indicative of happiness because he believes that this will help him.

These modes of happiness are many: dancing, singing, exercising, cooking, smiling, giving.  Any action that is characterized by quickness, movement, expansiveness and openness is an act of happiness. Once this has been achieved, he will already be in a better position to fight the yetzer hara because he will be energized.  The desires of his G-dly soul, the desires to live a meaningful life, will kick in and have a fighting chance of triumphing.

At this point, he can take heed of his experience, and use his desire not to re-experience those negative feelings, as a way of reaffirming his commitment to his life purpose. The Gemara says that “Just as one blesses the good, so he should bless the bad,” means that we should accept negative occurrences in our lives, in the same way as we do positive ones. Tanya explains that this is because these situations are actually a higher form of good that we are not  able to experience yet.  Without needing to appeal to the spiritual ideas behind this, we can understand that Tanya is saying that we out the experience of depression can create a psychological space that can be filled with a positive experience that we wouldn’t have had without it.

Moreover, the idea of ‘blessing’ can lead us to understand that verbalizing our renewed desire for life, will provide even more strength to our commitment. A person can transform his experience by saying to himself affirmations such as, ‘I am the only one who can fulfill my mission in this world,’ ‘G-d needs me’, ‘I am a loveable and loved person’. By doing this, he will be reframing the experience in a larger context, not giving the depressive feelings the central importance they had, and thus weakening them even further.

It may seem like this a simplified way of dealing with depression, but these are the beginning tools that one can use to do so. Of course, to really make changes, requires concerted and constant efforts.

vi. By utilizing these two tools, Tanya is showing us how we can recondition our behavior, our thinking and our outlook. If we force ourselves to consistently act in ways that characterizes happiness, eventually we will start to feel happy. If we consistently use self-talk that is lifeaffirming, we will eventually start to feel a desire for life again. If we train ourselves to see depression as only an element of life, designed to make our commitment to life more intense, we will come to a deeper knowledge of ourselves and G-d.