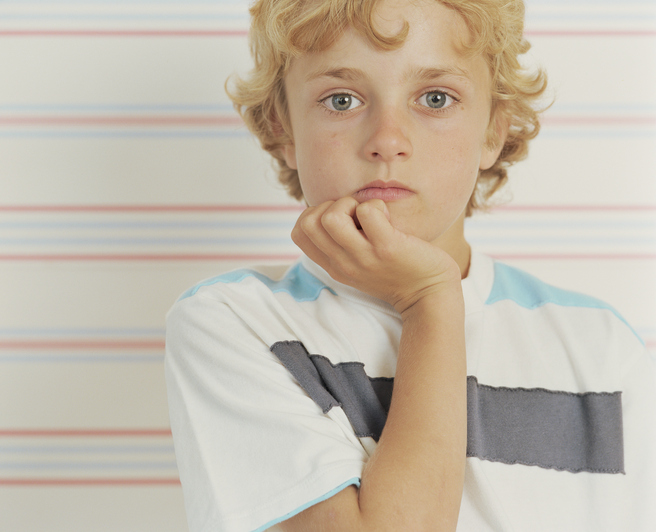 “The Constitution only gives people the right to pursue happiness; you have to catch it yourself.”

Benjamin Franklin, one of America’s most prominent founding fathers said the above quote, and would probably go into shock if he saw the state of Americans today. The current Millennial generation, myself included, are a generation of I’s and Me’s, a generation expecting happiness without putting in the work. We tend to focus on what makes us happy, and not what will make the world a better place. For a large part of my short life, I suffered from “Unhappiness.” Not depression, just doubt. Chassidus, to me has always been a wake-up call, a reminder that although I am part of this world, there’s a much larger design that transcends the little world that revolves around me. Through the learning of Chassidus, in all forms, I have been able to begin the process of understanding my part in the world, and although I may be minute and miniature in comparison to Hashem, it is I that He chose to be a partner in creation. This essay is a journey for me, a chance to get over my selfish thoughts of doubt, and appreciate the life I was born into, all through the lens of Chassidus.

The analogy of an assembly line is brought ever so often to explain the dynamic of a world with a population of seven billion. How could there be seven billion different ways to contribute to this world? Why the need for my contribution if seven billion other people can easily fill my small role? While each person may have but a small act to play in the making of a car, every part is necessary. If the hubcaps are not securely fastened on, the wheels will fall off and the car won’t drive. Not to stroke my own ego, but I have always found that analogy somewhat comforting, until I thought of it differently. While the people of the assembly line are very important, I feel that I am not. So my job is the person wiping the forehead of the person shining the hubcaps. That sure helps the shaking self-esteem. I decided to do some of my own research, to understand this more and comfort myself, like a true millennial.

The letter Alef, the first letter of the Jewish alphabet, amongst many of the things it teaches us, represents the power of who we are. In his book, “Letters of Light,” Rabbi Aaron L. Raskin expounds on the multiple lessons each has to offer. Alef has a powerful illustration in the way it is written. When drawn out, the Alef looks like a Vav, with a Yud above it and another Yud below it. The Yud above, represents Hashem, and the Yud below represent the Jewish people. When we think of our relationship and ourselves in comparison to Hashem, we are merely a dot to His existence. And obviously, we need humility to be able to dwell here and do His work. Yet, there is a Vav connecting the two Yuds, and that represents our Jewish faith[1]. So what it all comes down to, is faith. We are obviously necessary pawns in this game called Life, and we need to trust and believe that Hashem is running the world in a premeditated and intentional way, for our good.

Throughout his years as Rebbe, the seventh Chabad Rebbe, Rabbi Menachem Mendel Schneerson, covered every topic imaginable in his conversations with his Chassidim. These conversations were termed Sichos, and the Rebbe would give over a few a week. A Sicha was the Rebbe’s method of expounding and explaining parts of Torah in a deeper way, a way that is impossible to understand without the Rebbe’s enlightening us. The Rebbe explains in a Sicha, on Parshas Yisro, why Amalek, from all the nations in the world, was the one nation capable of even engaging in combat with the Jews when they left Egypt. Amalek personifies apathy, which in turn generates doubt which then opens doors for negativity. Amalek opened the channels to separate the Jews from Hashem, and the Jews subsequently began doubting if G-d was a necessary part of their lives. This led to their undermining of Judaism and the fiery passion that comes along with it. Suddenly, with this newfound qualm, Torah and the Mitzvos became a burden rather than an opportunity and privilege. The parsha is named after Yisro, the Rebbe expounds, because of the awesome journey Yisro made. Yisro, ruler of Midion and master idolater, chose Hashem and Torah above all else. He exemplifies the reason Hashem created idols, as a means for people to overcome them and recognize His greatness[2].

The Rebbe ends the Sicha with a lesson, that every day we are given the Torah anew, hence every single day of our lives we must conquer the Amalek inside us. Every morning, every Jew must silence the doubts and the misgivings, and truly accept to live this day as a life of Torah. We acknowledge the doubts, because we were created with a raw human side and therefore naturally have desires that are antithetical to Torah. However, we also have the potent force of ‘Yisro’  within us; the force of a powerful ruler, who after being seeped in the self-gratifying and easy things in life for many years, found and chose the path of Torah.

It sounds simple enough, just push away your desires. Yet we all know it is far harder than it seems. Choosing to get out of bed in the morning to catch a Minyan is a lot more difficult than turning over. Living with hesitation and disbelief is often times easier than deciding to live a meaningful life that you often hardly understand. But Chassidus, as my research keeps on proving, gives people the tools to work through the doubt, not push it aside. Overcoming a challenge is more rewarding than ditching the test. And Hashem manages to sneak a few trick questions into every day, not to make us stumble, but to prove to ourselves how strong we are.

The third Chabad Rebbe, the Tzemach Tzedek, famously coined the term, “Tract Gut, Vet Zein Gut,” translated to mean, “Think good, and it will be good.” Rabbi Yitzchok Shochet asked how the Tzemach Tzedek could have made such a steadfast comment, that thinking alone can change an occurrence. He explains this using the terms Machshavah (Thought), Dibur (Speech), and Maseh (Action), that just as we believe an action or a verbal command can alter circumstances, so too can a simple thought. When the Tzemach Tzedek said “Tract Gut, Vet Zein Gut,” he meant it as a guarantee: if you think the outcome of a said event will be good, it will be. Happiness is a choice, a person can choose to look at every situation with wither a negative outlook or rose-colored glasses. Seeing and truly believing in positive results is just as feasible as surrendering to the pessimistic yet comfortable side of us.

So, while I still have a long way to go, recognizing and admitting the problem is the first step. I know that Hashem created and continues to create the world every day, and with the world, my existence endures each day anew, because He decided so. And although it is sometimes hard to look past myself, the very fact that Hashem chose me to be in this world, the Rebbe teaches, should be enough of a catalyst to conquer my doubt every day and to look at myself in the mirror and admit that my seemingly trivial contribution to the world is critical to existence.

“Two Sichos and a Mammmar,” that was the generic answer, in a legend told by Chassidim. In the traditional tale, whenever a Chossid is at a crossroads, the fix would be to learn Chassidus. Chassidus, be it a lengthy Mammer, a comprehensive Sicha, or a quick HaYom Yom, always has the power to alter a person’s train of thought. All it takes is, “Two Sichos and a Mammar.”

[2] Based on The Torah- Chumash Shemos: With an Interpolated English Translation and Commentary Based on the Works of the Lubavitcher Rebbe. Parshas Yisro, p. 115