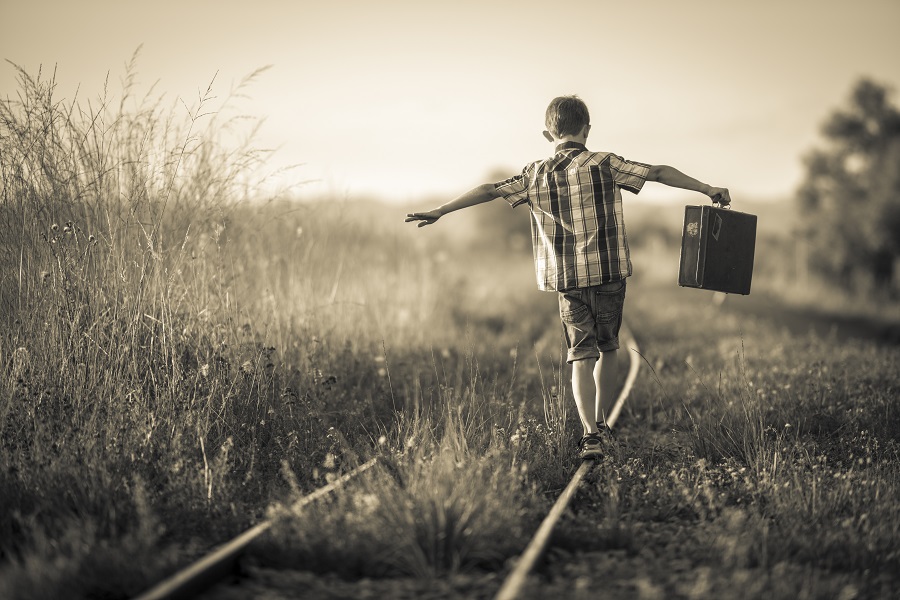 Imagine the world constructed in the computer game Rollercoaster Tycoon, or many others. Have we endowed the small people walking around the ingeniously constructed amusement park, occasionally depositing a green splat after a particularly sickening ride, with life? Do they go home at night and ponder life? Are they aware of their existence and concerned about how they go about conducting it? No. We created them—and they are, thus, somewhat, but not convincingly, alive.

Yet we, as human beings have such a strong sense of our existence and feel that we truly are. This is because we were created by Hashem who truly exists, with no driving cause, but rather, He is the Cause. (Tanya, Iggeres Kodesh, Epsitle 30) This idea is the key to empowering one’s children, students, and employees to become their best selves while requiring the least amount of tiring, detrimental, or expensive intervention— contrary to what we may have come to accept as de rigueur. Release to them the full power of their existence and they will care intimately about what happens to it.

I could not state the secret of life more pungently than the Lesson in Tanya has:

When the physical world, and especially people, is described as becoming “something out of nothing”, think of it as a something with its umbilical cord, so to speak, blocked out. It looks like it was always there, that it doesn’t have a “mother”.

Everything else that exists is possible and non-essential existence, and consequently is totally dependent upon G‑d as the cause for its existence. By contrast, only G‑d Himself — Whose existence is an imperative and Whose being derives from His own Self, and as such needs nothing to bring about His existence — has the ability to create a being so corporeal that it is entirely unaware that its existence depends on a Creator; indeed, it is satisfied with the delusion that it is responsible for its own creation.

The above in bold is our main point: Our life is so deceptively life-like, because it was drawn by the Master.

Apart from this grossly physical world, everything created has an apparent causal link with a source of existence. Light, for example, visibly owes its existence to its source — a luminary; speech, being an alul (“effect”), clearly owes its existence to the faculty of thought, which is its ilah (“cause”). When viewing material matter, however, one does not perceive that it derives from and is nullified to something higher than itself; it seems to exist as a wholly autonomous being.

And, amazingly, it can be said that physics confirm that there are a different set of rules for the world on a microscopic level and for the macro world which is visible to the naked eye. For example, the central mystery of quantum mechanics (as physicist Richard Feynmen put it) is that every single thing in the universe acts as both particle and a wave at the same time, but we don’t see that. The world as we know it has its own set of rules of physics.

A being such as this, which is infinitely distant from its spiritual source — its source being Divine while the being itself is physical, and hence has to be created ex nihilo(“from nothing”) — can be created only by G‑d Himself, Who is truly without limitation and as such transcends the physical and the spiritual equally. Thus, it is specifically the physical things that were created by G‑d Himself, Who is, of course, infinitely higher than all the illuminations and radiations of G‑dliness that were responsible for the creation of all spiritual beings and entities.

This concludes the explanation of ex nihilo, and why it takes a G-d, our Infinite G-d, to truly accomplish this: He exists. We don’t. But we seem so tangibly, touchably real, that we think we do.

When I feel that I am slipping into a power struggle with a toddler, or when I observe teenagers pushing back at their parents’ wishes for them, I am reminded of this secret—that letting go might be the best solution… The other person tugging at the rope might lose their footing for a moment, but then something beautiful happens: Their own two feet carry them to where they need to go… Granted, with minor detours on the way. The little fingers that want to pour the juice themselves, that receive real pots from the kitchen to play with, take the onus with gravity and a furrowed brow. Why? Their sense of self is very real, and surprisingly developed. Do you think they want to be known as a juice-spiller? The weight of their identity drives to the little person to achieving success.

The same tool can be wielded with older children, when considering which rules and guidelines are necessary, and how much nagging is needed. The budding adult will surprise you with their thoughtful consideration for the truth in their life, and even the rejection of appealing or popular choices in the face of their personal conviction. Letting go as parents can be so healthy, because it taps in to the offspring’s inborn sense of self that is real and powerful—and deceiving. But that illusion is inherited from the Holy One, Blessed Be He, who truly Is.

Students are another fertile field to plant the seeds of empowerment. I often wonder what would happen if I would just walk into my classroom and ask the students to please learn. I might remind them of a few useful tools: reading and research, observing and taking notes, asking many questions, discussing with and listening to peers. But then I would sit down on my chair and say no more. I suspect that glorious things would happen, and my students would, in fact, learn—a lot. Why so? Students are like all people and think they exist. They are, as popularly described, naturally curious. Why denounce that in the classroom—within the very framework that is meant to instruct and edify? The urgency of consciousness can drive us to be better, to be more than anyone can be for us. This is the secret to empowering students— Let them be. Let them be the learners they want to be.

In Didactics we learned another facet of this principle: Instead of the teacher arriving on the first day of school with a set of classroom rules, have the students suggest rules for the classroom. In the example given on videotape, the teacher went on to write the students’ suggestions on the blackboard, and then the class voted or demoted each one. The results were surprisingly self-governing. Students desire a pleasant classroom, they want to be respected and listened to, and thus offered many of the rules the teacher would put in place himself. The method of allowing governance to come from the students is sustainable and almost self-enforcing. What can be better?

There is ample evidence of this principle of empowerment at the workplace in a Brazilian manufacturing company called Semco Partners, and companies around the world have replicated the model. Its original CEO, Ricardo Semler, practices a radical form of corporate democracy that relies on the wisdom of the workers. Since inheriting the company, he eliminated the traditional organizational chart, encouraged workers to learn each other’s jobs and suggest changes in any department, limited all memos including marketing reports to one page in length and much more. He broke down all evidence of the traditional power structure— Everything was in question. His TED talk “How to run a company with (almost) no rules” deliciously explicates some of that radical thinking:

We looked at it and we said… let’s give these people a company where we take away all the boarding school aspects of, this is when you arrive, this is how you dress … and let’s see what’s left.… Why do we want to know what time you came to work, what time you left, etc.? … Why are we building these headquarters? Is it not an ego issue that we want to look solid and big and important? But we’re dragging you two hours across town because of it?

… How do we find people? We’d go out and try and recruit people and we’d say, look, when you come to us, we’re not going to have two or three interviews and then you’re going to be married to us for life. That’s not how we do the rest of our lives. So, come have your interviews. Anyone who’s interested in interviewing, you will show up. And then we’ll see what happens out of the intuition that rises from that, instead of just filling out the little items of whether you’re the right person. And then, come back. Spend an afternoon, spend a whole day, talk to anybody you want.…

Slowly we went to a process where we’d say things like, we don’t want anyone to be a leader in the company if they haven’t been interviewed and approved by their future subordinates. Every six months, everyone gets evaluated, anonymously, as a leader. And this determines whether they should continue in that leadership position, which is many times situational, as you know. And so if they don’t have 70, 80 percent of a grade, they don’t stay, which is probably the reason why I haven’t been CEO for more than 10 years.

These questions arose from business thinking, and the answer led to increased delegation of power to the stakeholders. The results proved to make business sense—the company weathered national recessions and increased productivity and profits all around. Why didn’t a company with (almost) no rules, that eschewed the “boarding school mentality”, run to the ground and become an embarrassing artifact of excess?  The title of the first chapter in his book Maverick about this unusual way of running a company, is “Natural Business”, which encapsulates it well: In the workplace, but also the classroom and at home, let human nature do the work for you.

Employees wants to engage in meaningful, creative and productive work. And that explains her ability to contribute to the company without anyone enforcing the motions. To the contrary, with increased flexibility as described above, amazing things can happen. New products were introduced at Semco, production was streamlined, and the high morale reinforced the cycle. Instead of truancy there was trust. Delegation and independence proved their potency. The employee, like all humans, feels he really is. Because he is the son of He who really is. And He wants it that way.

I feel that this idea is one of the most powerful tools as a mother and teacher—and employee, as a citizen of the world. People want to learn and discover. They want to act and make their own decisions. They want to grow and succeed.  G-d has endowed us with the inalienable identity of really being…Let’s use it for the best. He practices radical democracy every day of our lives. To tap into that is to empower our children, students, and employees— and the results will amaze.