Coping With Job Loss: Forging Ahead 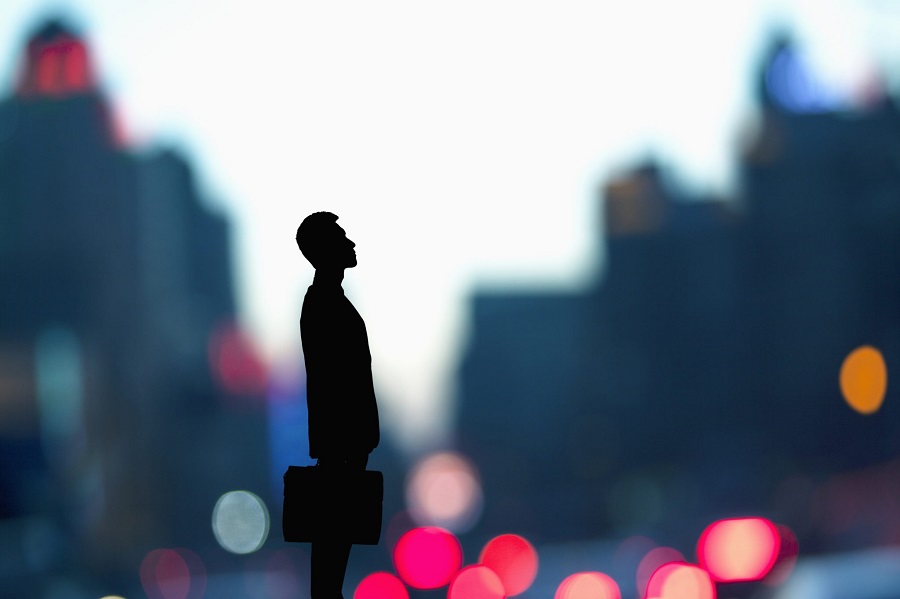 When the principal called me into her office and told me that “enrollment is down, and we don’t have a job for you in the fall,” I was shocked. I had had a very successful teaching year and a wonderful rapport with the students and their parents, so understandably, I was dumbstruck. I shared the news with a colleague, and she was amazed at my calm reaction. Unequivocally, it was the Chassidic teachings which I’ve studied and taught that helped me remain serene and move forward when I lost my job. Specifically, the insights of Tanya helped me overcome my grief and secure my shaken self confidence. Moreover, I managed to subdue my anger and did not harbor ill feelings towards my principal who did not rehire me, despite the fact that I was convinced she could have juggled the schedule around which could have preserved the position.

“Whoever is in a rage resembles an idolater.  A Jew must know that everything comes from G-d. When someone strikes him or angers him with words, he should remind himself that at that very moment, a glimmer of the Divine Presence — which provides life to all creatures and to this individual as well — has vested itself within that person.”

The Alter Rebbe goes on to prove this from King David’s response when Shimi ben Geira cursed him.

King David said: “For G-d told him, ‘Curse!’” Although we do not find it explicitly stated that G-d told Shimi to curse David, still, since G-d’s spirit animated Shimi at the moment that he cursed David, thus providing him with the strength to do so, David considered this as if “G-d told him to curse.”[1]

The Alter Rebbe now takes this one step further:

Since the offender could do no harm without the thought entering his mind and the will and strength to carry it out- all of which come from Hashem- the anger can in no way be directed toward the offender.  In reality, it is all Hashem’s decree and the offender is merely the messenger.  (The messenger does of course have the free choice to act properly and Hashem would find another messenger). So to be angry is to deny this was a verdict from Hashem.

We find a similar situation regarding Yosef’s treatment of his brothers.

Chassidus explains that Yosef provided for his brothers and their children during the famine and exhibited kindness despite their inappropriate behavior towards him. He sustained them physically and spiritually. He taught his brothers (the progenitors of the Jewish nation) to refrain from anger and revenge and to exhibit kindness to the offenders. When Yosef revealed himself to his brothers he said, “And now it was not you who sent me here, but G-d” (Genesis 45;8). Yosef explained that essentially everything is from Hashem and that this was G-d’s will.

It is clear from Yosef’s response that we should avoid anger and revenge to those who mistreat us as they are G-d’s messengers. However, why should we exhibit kindness to them? Such behavior seems completely illogical! Aren’t human relationships supposed to be reciprocal, give and take? Yosef’s comment to his brothers after Yaakov’s passing spells out why we should repay hurt with kindness. “Though you intended me harm, G-d intended it for the good (Genesis, 50;20)”. Ultimately, the hurt led to good (which explains why we should be kind to those who hurt us). Undoubtedly everything is from Hashem, and whatever Hashem does is for the best. (Additionally, one who rewards the undeserving with kindness merits receiving undeserving goodness from Hashem.)

In Tanya chapter 12 the Alter Rebbe teaches us that we should conduct ourselves with kindness even to those who offended us as did Yosef with his brothers.

“As soon as there rises from his heart to his mind any animosity or hatred, G-d forbid, or jealousy, anger or a grudge, and their like, he will bar them from his mind and will. On the contrary, his mind will prevail over and dominate the feelings of his heart, to do the exact opposite namely, to conduct himself toward his fellow with the quality of kindness, and to display towards his fellow a disproportionate love, in suffering from him to the furthest extreme, without being provoked into anger, G-d forbid, or to take revenge in kind, G-d forbid; but, on the contrary, to repay offenders with favors, as taught in the Zohar, that we should learn from the example of Joseph’s conduct with his brothers.”

The Zohar relates the following amazing story in reference to the above:

R’ Abba sat at the entrance of Lod. He saw a person sleeping on a log perched precariously on the edge of a deep pit. Suddenly, a poisonous snake approached the sleeping man and a branch fell and killed the snake. When the man woke up and moved away, the log which he slept on fell into the abyss. R. Abba was amazed at the miracles which he had just witnessed. He asked the person why Hashem performed these two miracles for him. Clearly, he must have done special deeds. The man relayed that he always forgave those who wronged him. He made sure to forgive them with all his heart before going to sleep.

Moreover, he made every attempt to act kindly to those who wronged him. Upon hearing these words Rabbi Abba cried and said, “Your deeds are greater than Yosef the Tzaddik. Yosef was kind to his brothers who mistreated him, and you are kind even to strangers who mistreat you. You are worthy that

Hashem should perform a double miracle.”

In summation, chapter 25 in Igeres Hakodesh and chapter 12 in Tanya helped me overcome grief and anger and to act kindly to those who offended me.

The Rebbe’s Rashi sicha on the words “Vayira Moshe” and excerpts of Likutei Torah (maamor Sos Tasis) encouraged me to strengthen my bitachon and to be b’simcha, which would inevitably bring salvation and revealed good.

The following is related in Exodus chapter 2.

“Moshe saw two Hebrew men quarreling and he said to the wicked one, ‘Why are you going to strike your friend?’ And he retorted, ‘Who made you a man, a prince and a judge over us? Do you plan to slay me as you have slain the Egyptian?’ Moshe became frightened and said,

‘Indeed, the matter has become known!’ Pharoh heard of this incident and sought to slay Moshe.”

The Rebbe offers a fascinating insight and lesson (Likutei Sichos, volume 36) based on the juxtaposition of the above verses. It was Moshe’s fear and lack of complete trust in Hashem that led to Pharoh’s desire to kill him. Had he trusted and had bitachon in Hashem, he could have averted the wrath of Pharoh. Bitachon is the act of trusting that the results will be good even if the person is undeserving. One might ask how does this reconcile with the concept of reward and punishment, which according to the Rambam is the eleventh principle of faith? Isn’t it brazen to demand that G-d give us only revealed good? Perhaps we are not worthy? The Rebbe explains that when a person places complete trust in Hashem and removes worries and negative thoughts, he becomes a vessel for this blessing.  Hashem responds to us “measure for measure.”  When we transcend our physical, emotional, and psychological worries and place complete trust in Hashem, the Almighty transcends the statutes of judgment and brings salvation. “Tracht gut vet zein gut (think good and it will be good)”.

Likewise, I learned (Likutei Torah, maamor Sos Tasis) that “simcha poretz geder”, joy has the power to break boundaries.   When a person serves Hashem with joy, it awakens joy in the spiritual realm and annuls judgment and harsh decrees. When a person is b’simcha (joyous), G-d Himself is, so to speak, also b’simcha.  This causes Hashem to reveal an unparalleled dimension that is not dependent on whether we are deserving of the revealed good. It prompts Hashem to give great blessings and make positive things happen even if the person is unworthy.

An inspiring story is told of a chossid who traveled to a Chabad Rebbe for Sukkot.  He shared with his rebbe that his deceased teacher appeared to him in a dream with a frightening message that one of his children would pass away that year.  The rebbe sighed and remained silent.  Before returning home, the chossid approached the rebbe for his blessing.  The rebbe asked him, “What special deed did you do on Simchat Torah?”  The chossid recounted how he had rejoiced and danced with the Torah instead of bemoaning the dreadful dream. The rebbe then assured him that his family would be well, as he had reversed the evil verdict with his simcha.

How can we expect to be b’simcha when we are faced with a challenge?

Based on the above Chassidic teachings, it was clear to me that I would have to strengthen my bitachon and act b’simcha as this would have the power to reverse negative decrees and bring blessings and revealed good.

In addition to being b’simcha and having bitachon in Hashem, I also tried to make a “vessel” by going back to school. I enrolled in a very intense course of study, and on the last day of my grueling program, I received an email from my principal offering me a teaching position.  (Since we know that everything happens for a reason, perhaps taking this course was to allow me to introduce Judaism to some of my non-religious classmates.)  I happily accepted the job offer. As I read the email, it was clear to me that it was not my principal who fired me two years ago, nor was it my principal who hired me last summer.

Hashem lokach v’Hashem nosan- Hashem took the job away, and now He chose to give it back.

Whenever the fleeting thought enters my mind as to what will be next year, I am reassured by the above Chassidic insights. I know that everything Hashem does is for the best, and by being b’simcha and having complete trust in Hashem, I will merit revealed good only.

May Hashem give klal Yisroel (the Jewish nation) the strength to have complete trust in Him and surely we will merit the ultimate revealed good with the coming of Mashiach!

[1] The above episode took place when King David escaped Jerusalem because Avshalom his son rebelled against him. Shimi ben Geira, stoned King David and cursed him. Avishai ben Tzruya could not tolerate Shimi’s behavior and offered to kill him. However, David restrained him and said that G-d told Shimi to curse him.