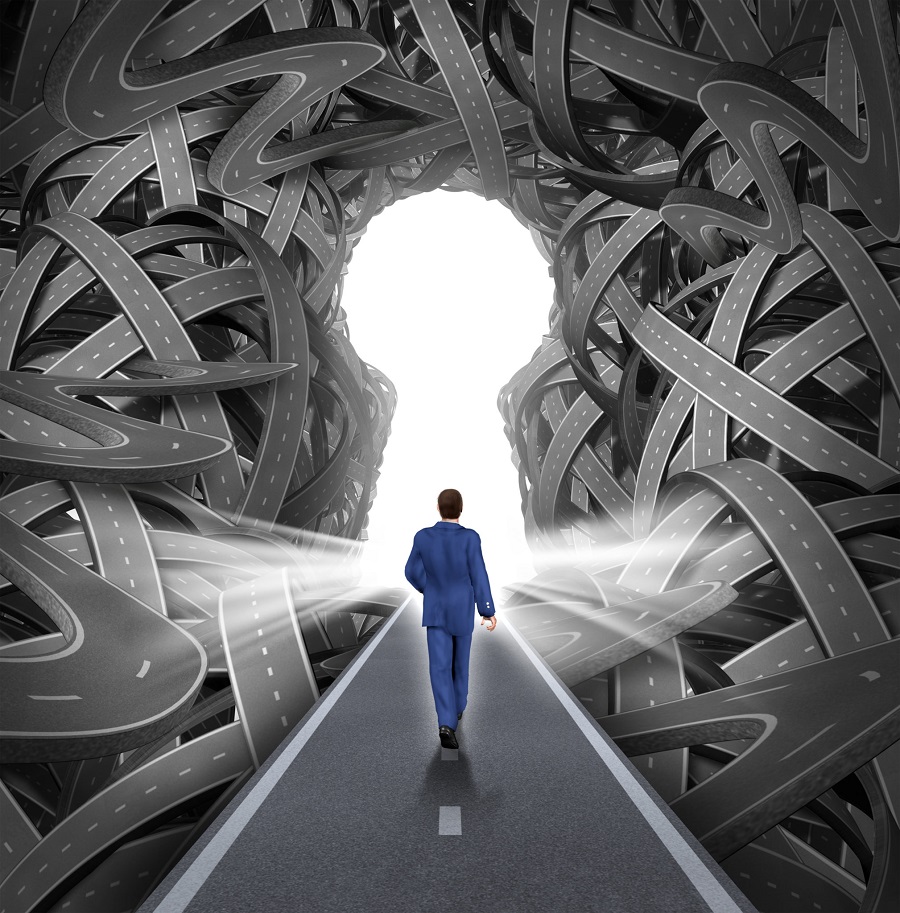 Shame. It’s the intensely painful feeling or experience of believing that at our core self, we are flawed and unworthy of connection. We all have it and it’s one of the most primary human emotions. The objective of this essay is to apply Chassidus to help us identify shame, cope with it, and begin to build a resilience towards it. The concept of shame is present in many facets in Judaism. Every day in our prayers, we ask Gd, “Do not bring us into sin, nor into transgression or iniquity, nor into temptation or scorn(1).” The hebrew word used for scorn is vizayon. It can also be interpreted as shame. Additionally, It is against Jewish law to shame another person(2).

A person might ask, why is shame relevant to Chassidus? The answer is simple, The fundamental point of all Chassidus, and furthermore Torah really, is this: It’s not about you. One could argue, that when the Alter Rebbe wrote and published the Tanya, the fundamental work of Chabad Chassidus, One of the many curtain’s that was drawn back on Gd and our existence was exactly that. The whole point of Chassidus is that it’s not about you, and Shame is all about you. If we want to be a conduit for Gd in this world and in this generation, it is important that we understand negative emotions like Shame, and how to deal with them. Brene Brown, Leading secular expert on shame and vulnerability, said it best, “Shame is the swampland of the soul(3).”

*Disclaimer: In our vocabulary it is very common that shame and guilt are used interchangeably. In terms of this essay that is incorrect. As will be discussed, there is a profound difference between Shame and Guilt. Shame is a negative and unhealthy emotion. Guilt, however, is a necessary and ultimately positive emotion if channeled and dealt with. Without guilt, we can never regret, and without regret we can never repent and grow for any wrong we have done. Without guilt we are stagnant, the antithesis of the purpose of our existence, and just the mere idea of its absence is incomprehensible.*

Identifying with the Garments of our soul

Chapter 4 of Likkutei Amarim, begins with describing the 3 garments of our Gdly soul, explaining how they are instruments of expression by way of thought, speech and action. Furthermore, the Alter Rebbe goes on to explain just like clothing, these garments can be donned or shed at will. Through these garment’s the soul is able to express itself, but there is a clear distinction between that which is used as channel for expression by the soul and the essential soul itself. An explanation can be ventured in how this correlates to the difference between shame and guilt. Although the way a person expresses themselves is important, it does not define their essential self. Let us personify Guilt and Shame, for a better understanding:

Guilt gives us the opportunity to compare something we have done, to the person that we are striving to be; It leaves room for repentance and growth. However, the same can not be said for Shame. Shame is debilitating and a tool for the evil inclination. So when a person feels guilty about something, it is important that they take note about how they express it. The thought process needs to be inline with something guilt would express opposed to what Shame expresses.

Exercising Self Awareness as a tool in Shame Resilience

There is a Talmudic passage that reads as follows, “A Torah scholar, should have one eighth of one eighth of gashus ruach. This gashus Ruach crowns the Torah Scholar like the Chaff that covers a kernel of wheat.”

*Gashus Ruach is translated as a haughty spirit, having a sense of arrogance, and self importance/significance apart from Gd. In this section we will be discussing Gashus Ruach as it relates to having a ‘Sense of self’.

The Chassidic interpretation of this verse is as follows. The Chaff represents our Animal soul, While the Wheat Kernel is our G-dly soul. Within every Jewish soul that is born into the world, there is a Gdly soul that is not familiar with this world, it is not yet developed and is in need of a tremendous amount of nurture. Now, the inherent trait of the Gdly soul is that Gd, and only Gd, is important and there is nothing besides Gd. In Tanya, we learn that this soul is, “an actual piece of Gd literally,’’ so by definition it is not a separate entity of its own. Within that same person, also exists the animal soul, the soul that is by nature more comfortable in this physical world; a soul that can relate more to this world due to its animalistic nature. This is the spiritual make up of every Jewish person.(4)

Now lets venture into my soul so that we can discover how these two seemingly opposing forces have integrated within my spiritual makeup.

Without the influence of the animal soul I lack a sense of self; without acknowledging my sense of self I can not survive. My sense of self says that I do matter and I do want to devote myself to Gd. Through these affirmations, the Gdly soul can develop, mature and be protected in order that it can evolve to be the driving force of my life. As the Gdly soul develops and strengthens, it needs to being protected by the animal soul as its given the nourishment it needs. Just like a wheat kernel will shrivel, weaken and not survive with out the Chaff, the G-dly soul can not survive and thrive as it is destined to, without the Animal soul. Through developing this Sense of self in the pursuit of strengthening and nourishing my Gdly soul, I am aware that there will come a point where I will need to shed the coarseness of my animal soul, like the farmer when he harvests the wheat and peels back the Chaff, to find a whole wheat kernel. A sense of self is necessary – but we cant be overly attached. So too, if the Farmer does not remove the Chaff at the right time the Wheat cornel will mold and be destroyed.

Now, lets refer back to the Talmudic statement above. 1/8th of 1/8th is equivalent to 1/64th. In hebrew the numeric system uses hebrew letters. In gematria, a Kabbalistic method of interpreting hebrew words based on their numeric value,  64 is equivalent to samech daled. That is the amount of arrogance or sense of self a Torah Scholar should have. Now, If we were to increase the fraction to 1/63, allowing a larger amount of gashus ruach to rest upon the Torah scholar, the Gematria of 63 is samech gimmel. Samech gimmel spells out Sag or Gas (pronounced Gahs) in hebrew which means thick or coarse. (4)

The meanings behind this small difference between fractions answers these questions: How can we measure this Sense of Self? How much sense of self should have?

When a person starts to notice the, ‘I matter,’ aspect of his sense of self is being taken too seriously, it means he is taking himself too seriously. When he realizes that his sense of self is more of a consideration in every day life then it should be, then its time to shed it. This is a process a person struggles with and needs to keep checking his pulse on throughout life. Its a life long process to integrate this in a healthy way without it becoming an obsession.

Furthermore it teaches us the importance of acknowledging and being able to distinguish between both respective wills of the two souls that exist within us:

1)The Gdly soul’s will that manifests itself and is referred to as the Yetzer HaTov   (Good inclination).

2)The Animal soul’s will manifests its self and is referred to as the Yetzer HaRa       (Evil Inclination).

This concept in Chassidus can help us strengthen our knowledge of the distinctions within ourselves, which is a valuable tool in self awareness. Through application we can exercise and practice discerning between many important distinctions:

Self awareness is one of our strongest tools to debunking shame because shame is most debilitating when we don’t understand ourselves, and when we are unable to make these distinctions within. The ability to be meticulously honest with ourselves and our intentions is extremely valuable in life and in serving Gd with humility, which is essentially the most fundamental point of Chassidus.

Now, application and contemplation about this is different for everyone. Chassidus teaches us where to dig, but the digging we must do ourselves; However beginning this discussion with ourselves and with others is definitely the first step in self awareness.

Debunking Shame by Speaking about it

In Gemara it says, “If a person has anxieties, worries, or concerns; The answer is Yasiach.” There are two interpretations in Gemara of what Yasiach means:

Interpretation 1) Yasiach spelled with a samech refers to Hesek HaDaas which means in simplest terms, don’t think about it.

Interpretation 2) Yasiach spelled with a sin, from the root work sicha in hebrew, meaning to speak; speak about it with others.

The Rebbe Maharash points out this is an obvious contradiction. Not thinking about it means to push it out of our thoughts and avoid it all together. While on the other hand, Speaking about it with others means to dwell on it. The Rebbe Maharash reconciles this contradiction by explaining that when you speak about an anxiety, worry or concern with another – you are Masiach Daas, Meaning that you free yourself from what is consuming you – therefore it becomes no longer a part of you. (5)

By speaking about Negative emotions or a shameful experience with a mentor or with friends we can be vulnerable with, we can get out from under shame. If a person finds himself in a ditch and needs a hand getting out, his right hand can’t give his left hand a hand out of the ditch. Why? Because just like his left hand is attached to his shoulder which is attached to his feet that are planted in the ditch, the same goes for his left hand. Certain times in life we face challenges where we cant get out from under it on our own because the very fact that we have the challenge is due to our circumstances and all our experiences combined. We don’t see things how they are, we see things the way we are. Just like light dispels darkness, so too does empathy diminish shame.

This idea of speaking to someone in an empathetic capacity is present in many areas of Chassidus, such as:

–Establishing a Mashpia: It was a Bekasha Nafshis (translation: A request from the bottom of the soul) of the Seventh Lubaticher Rebbe that every person should establish for themselves a mashpia, translated as a mentor, and the objective of this Mentor is to help each person work on themselves and grow in all matters Spiritual and in some cases physically and materially as well. It is important to note the significance of such a Request, in 43 years of the Rebbe’s leadership there were only 3 requests of this kind from the Rebbe.

–A Chassidishe Farbrengen: The Alter Rebbe said, “What a Chassidic farbrengen can accomplish in this world, the angel Michoel cannot accomplish in heaven.(6)” A farbrengen is a gathering of people who come together to practically apply Torah and Chassidus to themselves and their service of Gd. It is often described that the soulful wordless melodies of the chassidic niggunim (songs) of the farbrengen open the hearts of everyone present. If done right, a person should walk away from a farbrengen feeling as if they have gotten out from under something they have been struggling with and that this institutes long lasting change in regards to any negative thoughts, actions or emotions they had been struggling with prior to the gathering.