Unleashing the Power of the Mind 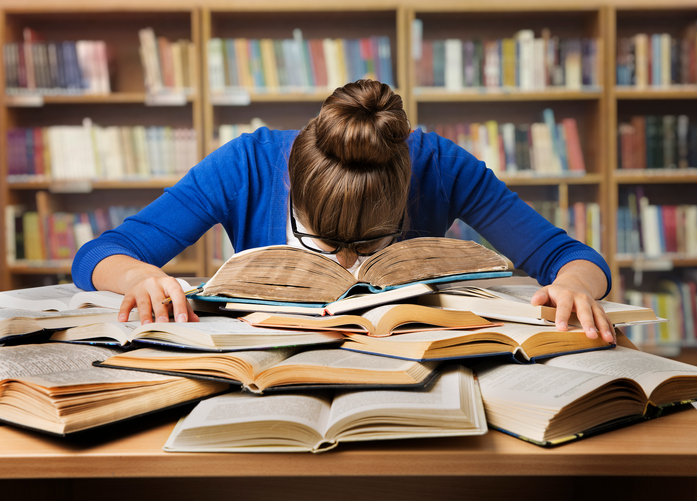 Academic ambitions are often silenced by feelings of intellectual shortcoming. Even those who experience academic strength and success may become dejected when encountering difficulty with a specific area of study, and draw the conclusion that a particular subject is ”not their cup of tea.” The most devastating of all is situations where students who have been deemed by themselves or others as being a “slow learner,” are condemned to their diagnosis and a strong sense of inadequacy. These sentiments are debilitating impediments to realizing one’s true intellectual potential.

Slow learning children are frequently the recipients of dissatisfaction on the part of teachers and parents. At times, parents become hyper-focused over the fact that the child’s peers are learning faster than their own child is. In some societies, students who are lacking talent are rejected[1], causing untold pain.

Prudent educators mitigate this predicament with their compassionate acceptance as well as their conviction that slow learners may achieve success should they be presented with modified tasks and instruction.

The message is generally understood as follows:

Notwithstanding the widespread awareness of the above teaching, discouragement is still prevalent because of the fact that some sweat much more than others. Likewise, it is commonly preferred to stick to the narrow line of study which comes more naturally.

In “Kuntres Limud HaChassidus” the previous Rebbe describes the intellectual journey of Reb Yekusiel Liepler, a Chassid of the Alter Rebbe, from the town of Liepli: He started out with an extremely limited grasp of Torah in general, and of Chassidus in particular. Reb Yekusiel said of himself: “My head was like a lump of wood and my brain absorbed nothing”. He then devoted his life to strenuous laboring in Chassidus until eventually he was capable of understanding the most abstract subjects with extraordinary abilities. “He converted himself from a clod to a powerful thinker”, the Rebbe Rashab said of him. One of the most difficult works of Chassidus, the Mitteler Rebbe’s “Imrei Bina” was authored specifically for Reb Yekusiel! Once, when the Rebbe Maharash could not understand some passages in Imrei Bina after much toil, he presented the difficulties to his father, who referred him to Reb Yekusiel. The Rebbe Maharash recounts that experience: “He solved my questions so clearly and systematically that I was amazed to hear such words from a man so mediocre, if not actually simple, in his knowledge of Talmud. He was remarkably fluent in the profundities of Kabbalah and Chassidus, and he discussed them elaborately with deep and broad explanations”.

How did Reb Yekusiel, with his extremely simple mind, make the leap to unparalleled heights?

Chassidus reveals an inspirational understanding of the intrinsic value of exertion in learning. The unskilled learner is not necessarily a plight calling for sympathetic understanding. Nor does he need to resign to his fate of underachieving. In fact, his very learning handicap may be to his advantage, propelling him to achieve unprecedented feats of wisdom!

“…one whose intellect is sharp and is able to master the subject instantly and at first glance, will not reach the true depth of the intellect as the one who exerts his brain with much toil, which is precisely the medium through which one reaches the profoundness of the matter and its ultimate intent. As well, he discovers original insight on the subject… likewise, he has the ability to expound on the matter in great detail and ramification …with utmost lucidness …”

“…the power of wisdom which comes…without exertion…will have a measure, size, and limit…and then its power will cease, he cannot comprehend further…however through exertion one draws from the concealed essence of wisdom, from which there may be infinite revelation. As is readily observed, there are many individuals who possess simple intellect and through great exertion, they attain superior levels than their counterparts who are sagacious as per the proficiency of their intelligence”.

The Rebbe is pointing to the strengths which are produced by the struggles encountered during the learning process. They are:

The nature of learning difficulties can be understood with the following 2 analogies[5]:

When one drills into an unconfined aquifer, a limited quantity of water will be discovered. When a confined aquifer is tapped, water will rise above the top of the aquifer and may even flow from the well onto the land surface.

The adept learner is “drilling” more superficial layers (“unconfined aquifer”) of the mind rather than the deep reservoirs at the core of the intellectual soul. The hardship of the inept learner (or of the difficult subject) is the impetus to penetrate hidden resources (“confined aquifers”) of the mind, attaining superior insight. The skill (or subject) of rapid learning may actually be diverting the individual from tapping into the depths of intellectual profundity.

The fanning of flame from inside coal is relatively fast and easy. However these flames are hardly original and they are quick to dissipate. Striking a flint stone with iron is slow and more challenging but the flames produced are innovative and in the stone there is infinite potential for productivity.

This novel approach of Chassidus, highlighting the role of exertion in unearthing concealed wisdom can have a transformational effect on our mindset:

[1] A great composer Joseph Haydn invited Beethoven to study with him. Haydn soon regretted making the invitation. His new student seemed slow, plodding and lacking in talent. The two parted ways.  Perhaps if Haydn would have been privy to this essay he may have been recognized as the harbinger of one of the most famous of all composers.