Self-Control from the Essence of Your Soul 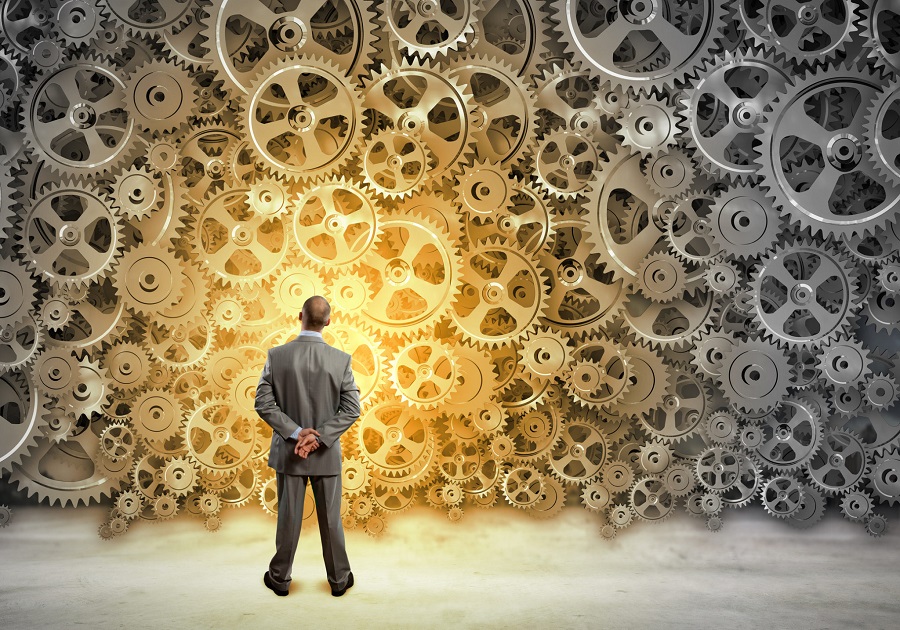 One of the fundamental observations of Chassidus is that there is a conflict happening within each one of us. We all have inclinations that we know better than to act upon, but in the moment, we sometimes feel that we lack control. We “just can’t help it.” There is a wide spectrum here, from simple bad habits to emotions that can become truly dangerous. Regardless of the size of the threat, however, maintaining complete control of our behavior creates a challenge for all of us. In the discourse Podoh b’Shalom 5722, the Rebbe introduces a method we can use to improve our self-control by accessing the innermost essence of the soul, known as the yechida,[1] which has the power to overcome any inclination that is anything short of G-dly. This essay will explain this technique and show how it can be applied to help a person with self-control in a wide variety of situations.

The Rebbe’s description of the technique itself is concise. He describes it as: “machshava, thought, about the concept of the yechida (and hachlota, resolution, that one’s conduct should be in accordance with the yechida of the soul).”[2]

Thus, to use this technique, we need to understand:

Of course, the appropriate behavior will always depend on the situation, but with a proper understanding of the yechida and a bit of basic Torah knowledge (or just some honest reflection), it should be easy to identify, as will be explained.

What is the nature of the yechida? [3]

One of the recurring topics in Chassidus is the structure of the human personality. This structure includes not only the parts of our personalities that we are familiar with, like intellect and emotions, but also subconscious aspects, which Chassidus calls makkifim (lit. “surrounding”). Although it is difficult to identify these aspects of ourselves based on our own introspection, Chassidus describes them in detail and thereby makes them more available to us. The yechida falls into this category.

The basic definition of the yechida is that it is a “spark” of G-dliness,4 and it is the part of the soul that makes us G-d’s children. Chassidus teaches that the meaning of G-d being our Father is far deeper than the common conception, which is that He created us and takes care of us. While that part of the analogy is also true, the relationship between parent and child has a far deeper aspect—an unbreakable essential connection. To see this, imagine your friend had a fight with his father, has not spoken to him in ten years, and only has bad things to say about him. Surely, the father and son continue to be father and son—and not only biologically. There is a connection between them that persists despite even the worst emotional relationship. Chassidus explains that this connection exists because parent and child are, in truth, of one essence. It is just that this essence happens to be drawn into two different personalities and bodies—i.e., that of the parent and that of the child—which allows for an additional, more superficial relationship between the two “parts” of this essence. In the same way, how we relate to G-d consciously may vary over time, but the yechida makes us one with Him, like a child with his parent.

The “feeling”[4] the yechida has toward G-d is a very simple one. It says, “I don’t want to be separated, and it can’t be any other way!” In technical terms, this is called a will that is higher than reason. This type of will is very different from those we usually experience, which change depending on our understanding of what is beneficial or harmful to us. This means that if you could ask the yechida what makes it so desperate to be connected to G-d, it would not be able to answer intelligently. Nothing causes it to feel that way. It just does, by definition, and nothing can ever change that. Accordingly, the strength of this will is far greater than any that can be generated through intellect. When we want something for a particular reason, we can always be convinced to give up on it if we are offered a better alternative. To the yechida, fulfilling G-d’s Will is completely non-negotiable. For this reason, Chassidus consistently associates the yechida with the concept of self-sacrifice, meaning the negation of one’s own desires in favor of G-d’s Will.[5]

Conversely, the approach of the yechida to mundane concerns is one of hishtavus (complete equanimity). This is because the yechida is fundamentally removed from relationships with physical things. To explain, the beginning of all interaction between a person and an object in the world is that the person has some will involving that object. If there is no will, there is no relationship. Consider a simple example: a cup of water sitting in front of someone who is not even remotely thirsty and has nothing else at all that he wants to do with this cup of water. The person probably will not feel emotions about, think about, talk about, or drink this water. However, as soon as he becomes thirsty or thinks of another use for it, there could be a relationship between him and the cup of water on all of these levels. This dynamic—that intellectual, emotional, and practical relationships are founded on the presence of a certain will—pervades the entirety of our interaction with the world around us. The yechida, however, is so deep a part of the soul that it is incapable of any such will by definition, which automatically results in equanimity. Its only concern about physicality is that it should be used in the way that G-d wants and not the opposite.

To summarize all of the above: the yechida is a spark of G-dliness hidden in each of us that gives us an unconditional connection to G-d, as well as unlimited capacity to let go of our desires for the mundane and cling to Him by performing His Will without any compromise. We just need to reveal this potential.

(On a practical note, it is very important to understand the yechida clearly before attempting to actually use this technique. It cannot succeed otherwise since one must be able to start thinking about the yechida as soon as the struggle for self-control begins. Therefore, readers are encouraged to review the above thoroughly and try to learn more about the yechida as well.[6])

With this understanding of what the yechida is, it becomes possible to see the pattern of how the yechida would act in any situation and thereby implement the second part of the Rebbe’s technique. This pattern will be illustrated with one example from each of the four categories of bad character traits delineated in Chassidus, which correspond to the four elements. These are: anger and arrogance (fire), pleasure-seeking (water), scoffing and ridicule (air), laziness and depression (earth).[7] From there, it should be possible for the reader to apply the technique to other challenges.

Before the examples, though, it is important to clarify two aspects that underlie each of these bad character traits. First, each of them evolves in some way from our desire for something in the physical world—either because we want some benefit from the world or because we are reacting to the world’s failure to satisfy us.[8] Second, each of them pulls us toward a behavior that is opposite G-d’s Will. Therefore, since the yechida has no such attachment to the world and only wants to fulfill G-d’s Will (as expressed in the Torah), it empowers us to overcome these character traits in any situation.

With that in mind, consider the following examples:

You have a feeling that you want to act on. You know it’s not really the best way to act, but the temptation is powerful. The solution is to think about the yechida, the part of you that is not susceptible to that temptation and is desperate to live up to the higher standard of behavior that G-d wants from you.[12] With this in mind, you are mentally prepared to exercise your willpower and maintain a deeper, more successful self-control, acting in the way that G-d teaches us in His Torah. This is what the Rebbe calls a Podoh b’Shalom Nafshi MiKrav Li, a peaceful redemption from your personal battles.[13]

On a grander scale, this partial revelation of the yechida, also referred to as the “spark of Moshiach” in every individual, is also a small taste of—and a catalyst that helps bring about—the experience of the Messianic Era, which is defined as the revelation of the yechida—the G-dly essence—of the world itself.16 May we merit to see this speedily in our days.

[1] There is actually an important distinction between the yechida and the essence of the soul. (Ashreinu 5696. Sichas Parshas Toldos 5752.) Nevertheless, many sources combine the two terms for simplicity.

[2] The parentheses here appear in the original discourse, suggesting that machshava is the primary aspect and hachlata falls into place afterward, as will be explained.

[3] The following explanation is based mainly on Podoh b’Shalom of the Mitteler Rebbe and Kuntres HaAvoda. 4 Elokus (G-dliness) is a Kabbalistic term with a specific definition. Simply speaking, Elokus is anything that identifies only as an extension of G-d, as opposed to feeling like a separate existence, as (most) human beings feel, for example.

[4] It is worth pointing out that this description of the yechida relies heavily on personification. The yechida does not really feel emotions, etc., in the way that a complete person does. Those capabilities are functions of lower aspects of the soul. They serve here as metaphor to describe the so-called “personality” of the yechida concisely.

[5] From here, we see that not every positive relationship with G-d is a manifestation of the yechida. For example, if you are thankful to G-d for something He did for you, the source of that feeling is the intellectual appreciation of what He did, not the essential connection. The same is true in the allegory of parents and children.

[8] The Mitteler Rebbe associates the basic attraction to the physical world (ratzon zar) with the deepest aspects of the animalistic soul. This implies that all other aspects of our animalistic soul, like particular bad character traits, result from that attraction. This is related to the concept discussed earlier with regard to the equanimity of the yechida, that all relationships with the world (in this case, anger, desire, etc.) result from will. 10 Zohar I, 27b. Mishneh Torah, Hilchos De’os, 2:3.

[12] Note that thinking about the yechida in real-life application may require some more time and reflection than the concisely written examples here suggest, presumably depending on the individual. Still, it is not necessarily meant to be a lengthy contemplation.

[13] There seems to be some room to debate, based on different nuances of the Rebbe’s discourse, to what extent this technique is also intended to help rectify the bad character traits themselves, in addition to the behavior. 16 Kuntres Inyanah shel Toras HaChassidus.