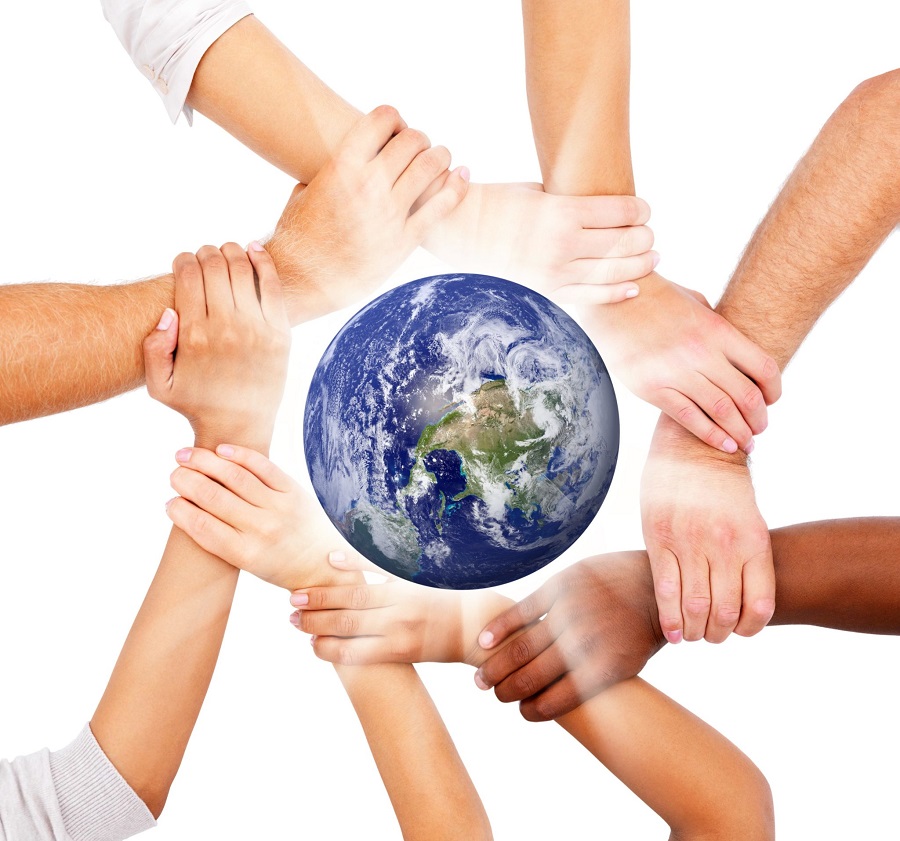 Unity.  Harmony. A concert. An orchestra. A thriving business. A flourishing school or camp. A lovely functional family. A happy home. A successful organization. A friendship that lasts. What’s the common thread that calls to and breeds success?

Utter confusion, darkness; a mess! Only Hashem all alone! No tranquility nor an idea of rest because there was no idea of work and there was no one to do the work! Hashem had a desire to create a beautiful world. He had a purpose and a reason for creating a world. He had a goal for creating a garden in which His divine energy and presence,’ the Shechina’, could rest. A place for him to feel at home. Hashem couldn’t do it alone for there is no king without a nation! He needed us in a place where a literal part of Him, a neshama will be clothed in a physical body to assist it and work coherently to make this world a befitting place for his divine presence to feel at home, by abiding to its user’s manual; ‘ the Torah’.

Hashem ‘drew’ the blueprint, the Torah. While, looking at that blueprint, He created the world! He created an emptiness, a vacuum, a place ‘void of his light’.  In this mess Hashem drew a part of him back into the void and thus the world was created. Hashem began with creating the world with kindness but only kindness was not enough so the attribute of strength was added and then compassion, victory, splendor, foundation and kingship. But each of these attributes were each to their own; they each couldn’t stand the other. They had to have it their way and to be the complete only existence. They couldn’t deal with the idea of another attribute but themselves. So each time Hashem tried to create the world the world Shattered. The world couldn’t exist in a way where there was no unity. The only way for the world to exist is in a way that the sefiros – all the attributes are interconnected and overlapping; each attribute has all the other attributes included in it. Each attribute has its way of expressing the divine energy in the world along with the combinations of attributes that belong to it. For example, strength within victory. Victory couldn’t keep the world in existence on its own and neither could strength, but when inter-included the concept and a transmission of divine light was brought into the world. A light and an energy flow of strength within victory. Hashem was now ready to begin creating the world. No more chaos, confusion, darkness and mess!

He created day and night good and evil on the first day. On the second day Hashem created the idea of separating water. Having now the concept of water of above and water of below. On the third day the trees fruits grass flowers and vegetation. The fourth day, the sun moon and stars; the orbits. On the fifth day birds, fish and insects. On the sixth day animals, man and his mate.

Now that the world was ready for man to be able to exist and be sustained with all that He had created; Hashem said, “let us make man in our image”. With all those attributes in man as well. And now that creation of the world was done; His garden was ready; He came to his garden! It was time to rest. Shabbos at last!

Then man sinned and caused Hashem presence to clash with sin and have no place for it on earth so it went up the seven heavens. Until there came seven Tzadikim Righteous people who followed the user’s guide – The Torah and invited the divine energy back to earth by the giving of the Torah to the chosen people; the Jewish people! Tranquility was shortly lived, for man sinned again and the divine presence was sent back up the seven heavens away from earth. So Hashem told Moshe to make a physical dwelling place a tabernacle -mishkan in the desert and eventually a Bais Hamikdosh; a permanent home in Eretz Yisroel.

Now man’s job is to bring the consciousness of divinity back to earth by working together with physicality; the earth and mundane in accordance to our ‘ users guide’, the Torah. Thus we can strengthen that connection and have the divine light and positive energy emanate from a home to the entire world. The goal however wasn’t fully accomplished. There was something missing. There was hatred without reason amongst the Jewish people. The unity of Hashem, the Jewish people and the Torah wasn’t apparent; thus Hashem had the Bais Hamikdash destroyed by the enemies of the Jewish people.

The Jewish people were eventually dispersed amongst the nations they studied Torah and did Mitzvos but now it was time to fix the hatred without reason – sinas chinam that caused the destruction. People had a challenging time with accepting the other for who they were.

Rabbi Akiva whose main teaching was “Love your fellow like you love yourself”, had students who couldn’t deal with the thought of there fellow having a different path in Torah learning and for that reason 24,000 of Rabbi Akiva’s students perished.

Hillel had a person come to him and ask him to teach him the entire Torah on one foot and his answer was, ”What is hateful to you don’t do to your fellow and this is the entire Torah and the rest is commentary”.

Therefore eventually the Baal-Shem-Tov came along and started to pave the path to fix the reason for the destruction of the Bais Hamikdosh. There two different approaches to learning were explored; one based on emotion and one based on intellect. The path according to intellect was transmitted by the seven Chabad Rebbeim.

Our Rebbe showed us how the Seven Chabad Tzadikim-The Rabeim paved the way for us to experience the complete revelation of Hashem’s divine presence here on earth through each doing deeds of kindness to a fellow Jew selflessly, for no reason at all, thus correcting the reason for the Destruction of the two Batie Mikdashos – Holy temples. This will herald the day where we will see the harmony and beauty of Hashem’s garden, and the secret to success to all our endeavors.