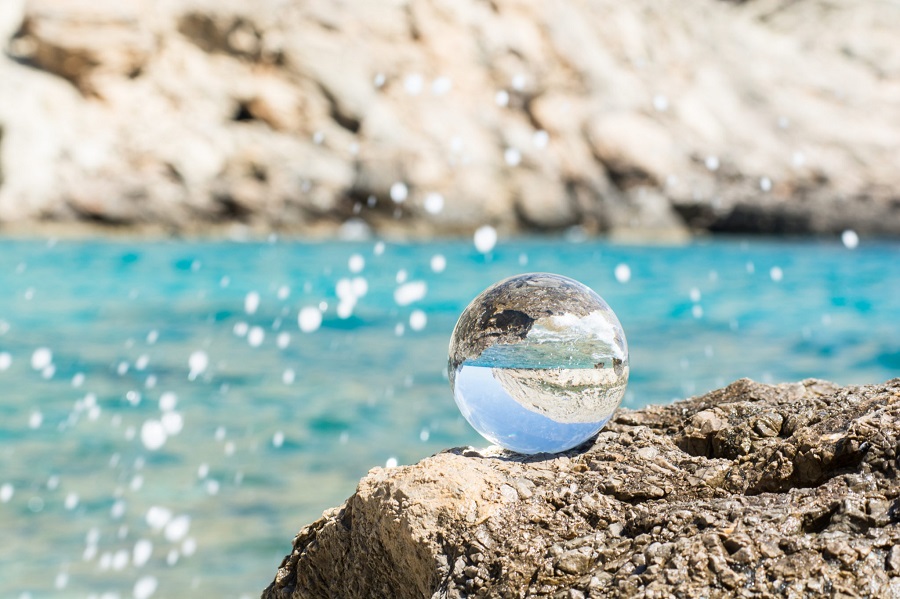 We all know we can’t change others. We’ve been told enough times, the only person you can change is yourself. But what about that annoying co-worker? Or my nosy neighbor’s questions, her peer pressured friends, his messy eating habits…? There are plenty of things that can drive us crazy about others. Based on the Rebbe’s sicha on Parshat Noach and the chassidic understanding of the power of positive thinking, I’d like to add a twist to the commonly quoted adage: “By changing yourself, you can change others.”

G-d commanded Noach to plant a vineyard. He sampled one grape too many, got tipsy, and lay unclothed in his tent. His son Cham passed by, saw what Noach had done, and went to tell his two brothers. Sheim and Yafet – the other two sons – walked in backwards, didn’t see their father’s nakedness, and covered him.i

In a talk about the Parsha, the Rebbe points out the differences in the reactions of Noach’s sons. Cham hurried to spread the news, while the other two sons “walked in backwards, didn’t see Noach’s nakedness, and covered him.” Why the repetition? It’s safe to assume that if they were walking backwards, they wouldn’t have seen Noach. The Rebbe explains that not only did they not physically see him, but also emotionally – they wouldn’t have noticed his mishap. Why not?

The Rebbe explains that Sheim and Yafet didn’t see anything wrong. All they saw was an opportunity to help someone. Unlike their brother Cham, who was bothered by father’s weakness – because he had it in himself.ii

If we notice a flaw in someone else and our initial reaction is empathy, that’s great. Then we need to find a sensitive and caring way to help them improve. If we’re not just noticing, but being annoyed by it, however, with even a tiny trace of irritation – Hashem is sending us a different message: that we have and need to fix that same trait within ourselves.

It’s natural not to love everything others do. It’s also natural to be bothered by other people’s quirks. To roll our eyes, give the cold shoulder. Maybe even whisper to a friend about how annoying they are. What’s not as natural, though, is to look inside ourselves. And this is what we should be doing.

The Baal Shem Tov taught, A man is a mirror. What we see in others is a reflection of ourselves. If we have a clean face, so will the image looking back. If we see some dirt in the reflection, it means we have some cleaning to do.

Clean the mirror? Or clean our face?

The Hebrew word for face is panim, which is from the same root word as pnimius, internal. Knowing this, we can have a deeper understanding of the Baal Shem Tov’s teaching: what I see on someone else’s face is a reflection of what’s inside of me.

Nothing we see or hear is by chance – and we must take it as a lesson in serving Hashem.iii The fact that we notice and are bothered by a specific flaw in another means we need to take a good look at ourselves. We have to find that trait within and rectify it.

Decided your friend is too emotional? Think back to your own rationale. Getting nervous from your spouse’s poor health choices? Take a look at your own nutritional intake. Annoyed that your younger sibling always needs attention? Evaluate your own self-esteem.

Our own faults are not always so clearly spelled out. A woman was once discussing her daughter’s lack of modesty with Mrs. Sarah Kaplan. Knowing the above concept, and being bothered by her daughter’s dress, she wanted to know how it worked – she wasn’t struggling with tznius. Mrs. Kaplan suggested that perhaps there was a deeper issue at hand, that the woman and her daughter both highly valued externality. Her daughter expressed this through her clothing choice, while she conveyed it in her reaction.

Knowing the problem is half the cure. Instead of focusing on what’s wrong with the next person, we can invest our energy in introspection. Finding the lack inside and refining it. And, then there are some things we just have to accept.

Self-acceptance is a big part of life – and probably one of the hardest traits to instill. Being okay with who we are enables us to work on ourselves. That seems contradictory; shouldn’t we always be self-improving, pushing ourselves, never satisfied? Acceptance, however, doesn’t mean agreement. Agreeing to ourselves being just how we are isn’t in line with chassidic thought. Acceptance is different – it’s being on the same side as the issue. By resisting against something, we attribute unnecessary power. Instead of viewing a negative personality trait as an enemy, we can see it as what it is, an opportunity for growth.

When we’re okay with acknowledging our own faults, we can accept others with their “stuff,” too.

“Just like water reflects one face to another, so does one heart to another.”iv Call it good vibes, call it karma, or call it chassidus: how we think of ourselves, others will think of us. And vice versa.

How much more so in the positive: when focusing on a good quality in someone else it helps actualize their potential.

Sitting in a sukkah, the Previous Rebbe was speaking about the power of thought at a farbrengen. Positive thought, he said, is a most powerful tool and greatly benefits the thinker and the one being thought about. A chassid present asked how thinking can affect another person. The Previous Rebbe answered with his own question – Where were you last Sukkos?vi

That chassid had been stuck in communist Russia the year before. He understood that because his Rebbe had thought about him, he was given the strength to escape.

Our thoughts have power, too. Think good and it will be good, said by a number of Chabad

Rebbeim,is a popular mantra nowadays. Society recognizes the importance of staying positive, and how it literally affects our reality.

So, next time you are about to snap at a noisy subway rider, get nervous from a mispronounced word, or start thinking of all the things you would do better than her – stop. And think. Think about why this is bothering you. Think about what you can do to improve yourself in that area. And think about how thinking positively of others is how we can actually change them. Because it’s all in our minds, anyway.