From the Essence Outward 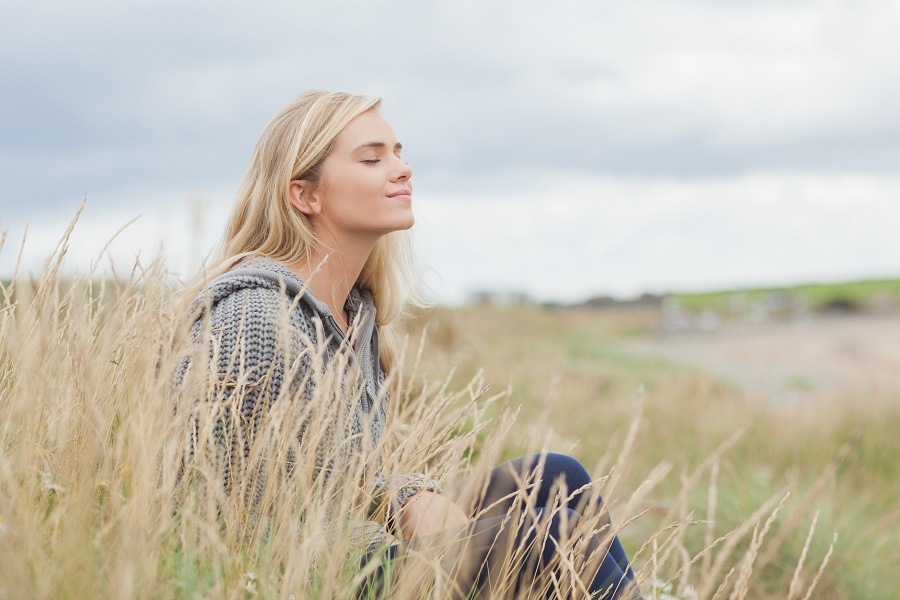 In this essay, we will explore how aligning one’s life with one’s essence can be done successfully through the experience of pleasure and unity, based on The Mitteler Rebbe’s Shaar Hayichud and On The Essence of Chassidus by the Lubavitcher Rebbe. We will learn how to fashion new glasses to view the manifest world within and outside of the person from the perspective of his/her essence rather than on face value, and how this re-alignment is one key for our personal redemption.

To understand this process more deeply, we must first understand what is meant by the term “yechida”, or essence of the soul.  From the perspective of “etzem haneshama”, the essence of the soul, or “yechida”,  “knowledge and intelligence are immaterial” (On The Essence of Chassidus, p. 100). “Yechida” is an “essence-state” (p.88) – “the level of the soul which itself is united with His Essence” (p.82). To reach an “essence-state” a person cannot use his/her mind or reason.  He/she reaches this level by connecting to the deepest level of who he/she is, beyond reason.  On this level, he/she addresses any decisions that come his/her way by questioning him/herself simply,  “Is this me?”

For example, there are so many kind, beautiful and unique Jewish men and women in the world, how does a person choose which one is his/her marriage partner?  Each one will have strengths and failings but which one will be “the one”? Although rational criteria will bring a measure of objectivity, the final determination of who the “lucky” one will be depends on the feeling of a “bond” beyond reason, a connection and oneness with that person that is like recognition or knowledge.  This feeling will bring joy and pleasure in the presence of the other that will be strong enough to engender a lifetime commitment.

In short, the person will bond with that from which he/she senses the most happiness and pleasure.  The Mitteler Rebbe calls this bonding “Daat”.  In Shaar Hayichud, the Mitteler Rebbe explains, “Daat is the aspect of hiskashrut (bonding) to the being and essence of a thing by sensing its preciousness in that it touches the essence of one’s soul mamash” (p. 298). He further explains that this sensing of the  connection to one’s essence arouses pleasure that makes a person want it constantly.  In this way, the connection one feels will absorb his/her entire soul.  Additionally, the Mitteler Rebbe explains (p.223) that a person who genuinely yearns for the essence of Hashem will reach Hashem’s essence – “Alav vlo lmiddotav”.

Thus, the greatest motivation of the will is sensing the pleasure derived from a thing.  In this case, what a person truly wants is that which he is already one with.  This unity, which is the essence of the soul, awakens the will. Once his/her will is activated by his essence, the ability to connect to it will absorb his/her entire soul and enable him/her to lose all self-interest in the pure longing to be one with the object of his/her desire.

In On The Essence of Chassidus, the Lubavitcher Rebbe explains that the “essential power of craving” is the “essence of the yetzer hara or, evil inclination” (p.94). He further explains the statement in the Talmud that “Hashem created the Torah as ‘spices’ for the yetzer hara, defined as the inclination to evil (p.92).  The idea that Torah is a ‘spice’ to the yetzer hara rather than a weapon to crush it, implies that we need to ‘cook’ our capacity for desire rather than subdue it.  Thus one has to “season” and not destroy (the yetzer hara) but rather direct it to “taste the good” (p.94). That is to say, we get ensnared in a selfish existence because our awareness of our essential self is blurred or non-existent.

Now the battle and the battlefield shift to a new dimension.  The Rebbe removes the idea of “evil” from the inclination.  He understands that our inclination will drive us to that which gives us the most pleasure.  Separating the idea of pleasure from evil creates a connection within the person to his/her most profound level of will.  He/she will be able to separate from his/her baser instincts by realizing that he/she is not essentially these instincts whatsoever. These instincts just exist within the individual. When he/she realizes that he/she enjoys his/her sublime bond to G-d more than any pleasure because it touches his/her very essence, the struggle is over. The evil craving cannot lure him/her into its net anymore.  The evil desire is “not me”.  Desire itself is me.

By way of illustration, imagine a person who struggles with over-eating.  Every day, when he comes home from work, stressed and exhausted, he relaxes by eating mindlessly until he can’t eat anymore.  One day he wakes up and all of his joints are aching.  His feet hurt so he can barely walk.  He finds it difficult to bend down to tie his shoes or walk up stairs.  Every morning, he puts his hands on his stomach and says “Why? Why?” but each day he feels helpless to manage his stress differently than mindlessly diving into a plate of food.   One night, he reads a bedtime story to his children about David Hamelech describing how he ran in front of his troops at the head of the line to fight the enemies of the Jewish people.  He suddenly wonders why he has chosen to numb himself through food instead of living a life of passion.   He will become so broken that his life will become unbearable if he does not, indeed, get out of his mess.  This brokenness will force him out of his current state.

The Lubavitcher Rebbe constantly creates the “picture” of the Jew in his/her “essence-state”. As Miriam Swerdlow often relates, once there was a group of women that got “stuck” in the mid-West on their way home from a convention.  They called the Rebbe’s secretary to ask him what to do and he replied, “The Rebbe says that a Jew is never ‘stuck.’”  Or, when a man told the Rebbe, “I found myself in this situation,” the Rebbe responded, “A Jew does not ‘find’ himself in a situation, he ‘puts’ himself in a situation.” “All Israel are sons of Kings, and the concept of ‘life’ for a prince is his bond with his father, the King” (On The Essence of Chassidus, p.66).  “Thus, true existence and life consists in perceiving, seeing and hearing G-dliness” (p.68).

In this way, the teachings of Chassidus can be compared to sample tables set up in supermarkets/shops.  People “taste”/”try” the samples because they are free not because they intend to buy the item.  “Tasting”/”trying” inevitably leads to “buying”. Just one “taste” of what life really is can transform a person forever.   This is why Chassidus has to be brought out into the streets, to every Jew, everywhere and why it is not an intellectual pursuit but experiential.  The study of Chassidus reveals the true identity, life, existence and purpose of the Jew in his/her essence.

Becoming conscious of what our essence is enables us to form a picture of what we would want to be and what we would want to accomplish if only we were aligned properly.  The Rebbe gives us the keys to the redemption by showing us that we are already there. All that is needed is to raise ourselves to the level of what we already possess.  “If it’s mine I have to grab it,” is what the Rebbe means when he says the redemption is in our hands.   For if a Jew is not about the redemption, then what are we?