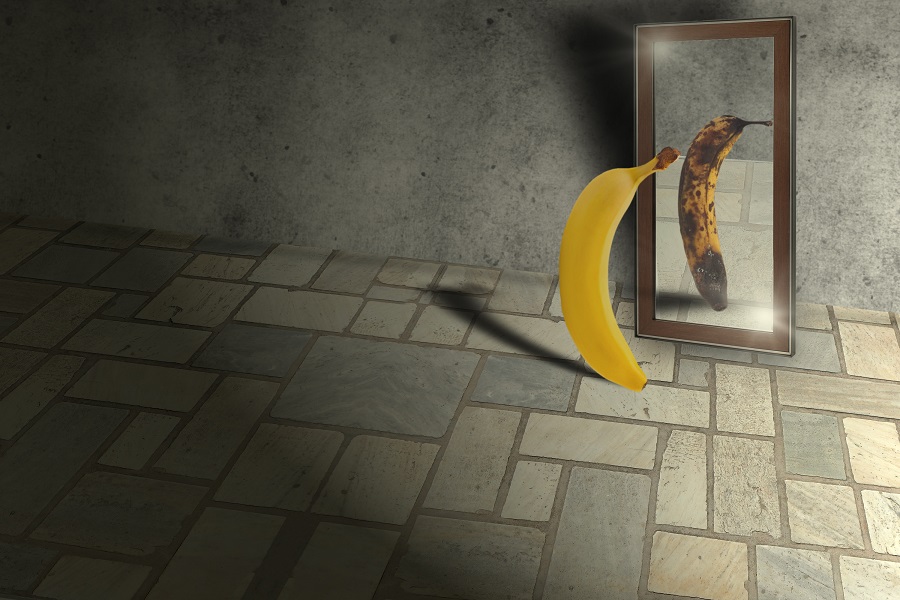 דירה בתחתונים (transforming this world into a place that can handle revealed G-dliness) is probably one of the most well known concepts in Chabad Chassidus today. Children as young as eight can effortlessly explain it to you. When it comes up during farbrengens (chassidic gatherings) or during casual discussion, therefore,  people tend to zone out, dismiss it or send it straight to their mental spam folder. In truth however, it’s worth it to take some of these concepts out of our spam every now and then and look at them again with a new and fresh perspective.

In this essay I’d like to cast the concept of דירה בתחתונים into a new light, and share a valuable lesson in self confidence that I’ve personally learned from it.

Self-confidence is a key ingredient to being a successful person. It enables us to believe in ourselves and empowers us to accomplishment things beyond our perceived abilities. For many however, it seems as if to believe in themselves at all is as impossible as changing the past. Yet even if not to that extreme, so many of us suffer from a lack of confidence in one respect or another. For some it’s their inability to make decisions, for others it’s getting offended (often by an unassuming remark) while for others it may appear in the form of their fear of taking initiative or trying something new that is out of their comfort zone.

The question is, how can we develop a greater self-confidence so that we can get rid of that handicapping and nagging uncertainty that we have in some areas of our lives?

My answer is… דירה בתחתונים.

It may seem, at first glance, unrelated, but let me explain:
Many are familiar with the famous quote “נתאווה הקב”ה להיות לו ית’ דירה בתחתונים” Chassidus explains that Hashem created the world with the sole purpose of having a dwelling place (i.e. a place where the שכינה (G-dliness) would feel comfortable revealing itself) in the lowest of places, a world where G-d’s creations can feel so detached from their Maker to the extent where they deny all notions of a higher power or Creator.

Who did Hashem give this monumental task to?! He entrusted the key to the world’s completion to us.

Now that says something about who we are and the power we were given. This realization alone, the realization of just how much trust Gd places in us is enough to empower us to believe in ourselves. Because, if Gd believes in me, I can believe in me too.

If you were to close your eyes for a second and think about this:  you have the power to quite literally change the world. Now you might be thinking “Oh, there we go with the cliches again…” But no, this is a completely practical and applicable realization.

Let me share with you a personal story where I put this idea to good use:

I’d go do mivtzoim at offices and businesses every Friday as well as catching people on the street. Even though I consider myself a pretty confident guy, and public speaking or interacting with new people doesn’t faze me, many times on mivtzoim I come across difficult situations. I may get a door slammed in my face, insulted by an angry old man, scorned by passers by or even yelled at for invading the privacy of people’s lives. It’s at these times that I can get intimidated and lose the focus of why I am there and what I’m doing.

The way I dealt with that was, I imagined the whole world dark and I’m the little light that walks around and spreads more light, and suddenly everything else falls away, all the screaming people, all the negativity becomes insignificant and meaningless in the face of my doing the right thing.

With my self-confidence restored, I ask myself “What changed?” What caused this paradigm shift? The answer is that suddenly I realized that the only thing that matters is my mission and the decisions that I make to carry it through. More importantly, I stopped judging myself based on anyone but me.

Let me give you another example:

While that’s true, the reality is that in relation to itself it isn’t big or small, it just IS.

The same can apply to how we might judge ourselves. Many times we judge ourselves in comparison with others, but when you only judge yourself based on you, you are only as big, as smart, as good looking etc. as you are. As Reb Zusha of Anipoli said before his passing “When I ascend to the Heavenly court they will not ask me why I didn’t live up to Avraham or Moshe standards; they will ask why I didn’t live up to Zusha!!”

In short, דירה בתחתונים teaches us to expect nothing less than what we are capable of.

However, that definitely doesn’t mean that we can become complacent or self accepting of our current state, what we have to do is ask ourselves “what are we capable of?”

The Rebbe informs us[1] that we were given כח העצמות, infinite power to fulfill our mission to make this world a better place. So too in our lives we have infinite potential to literally do anything. As the Rebbe Rashab explains[2], the Nefesh (soul) of a person in it’s spiritual state is complete, every talent and ability is included within it. However as it comes down and fuses with the body, limitations are introduced and the person’s talents are narrowed down to a few primary abilities. However we still have everything sourced in our subconscious, and the more we choose to tap into, the more we can accomplish.

As we see, there are some people that can do incredible things that seem impossible, by focusing on tapping into their internal powers. In fact anyone can accomplish anything they want to just by applying their willpower.

Think about that for a second and suddenly you are a lot bigger in your mind then you were a minute ago, your life’s aspirations should become a lot greater, and most of all you should feel a lot more confident about them.

To paraphrase the Frierdiker Rebbe[3] in his famous maamar (Chassidic discourse) באתי לגני: “….Every person has his part of the world that he has to refine”, you were given power over your life to control its process of purification. Your life is yours to direct, so stop letting other people and factors make the decisions for you.”

At the same time, one must take care to not confuse self-confidence with arrogance. He can’t let the fact that he has infinite potential get to his head.

The Rebbe points out in his inaugural Maamar באתי לגני תשי”א that the fact that we are here and were given this mission and the power to fulfill it, is neither through our merit nor by our choice, rather it’s a gift as well as responsibility for us to undertake and execute properly.

I believe this method is unique to the general approach to dealing with a lack of self confidence.

If you research tips on how to become more self-confident, you will find advice such as[4] to groom yourself, dress nicely, roll your shoulders back, smile, and do many external things that confident people do, and you just might convince yourself that you are confident too.

I’m not undermining these ideas completely, but I do think that in the scope of how deep in a person self-confidence is rooted, these tips only seem to just touchthe surface.

Instead of acting like someone successful, just realize that you can become the ultimate success that you can be, and all the external factors will fall into place.

The world tells you to deal with lack of confidence by acting the part, what we can learn from our role in דירה בתחתונים is to realize that we are the part.

Now when we find ourselves rolling back our shoulders, smiling, dressing nicely and becoming a more enjoyable person to be around, we can be sure that it’s not just an act, rather it stems from our confidence from within, and from the confidence Gd has in us.

4] Zen habits:
25 Killer Actions to Boost Your Self Confidence