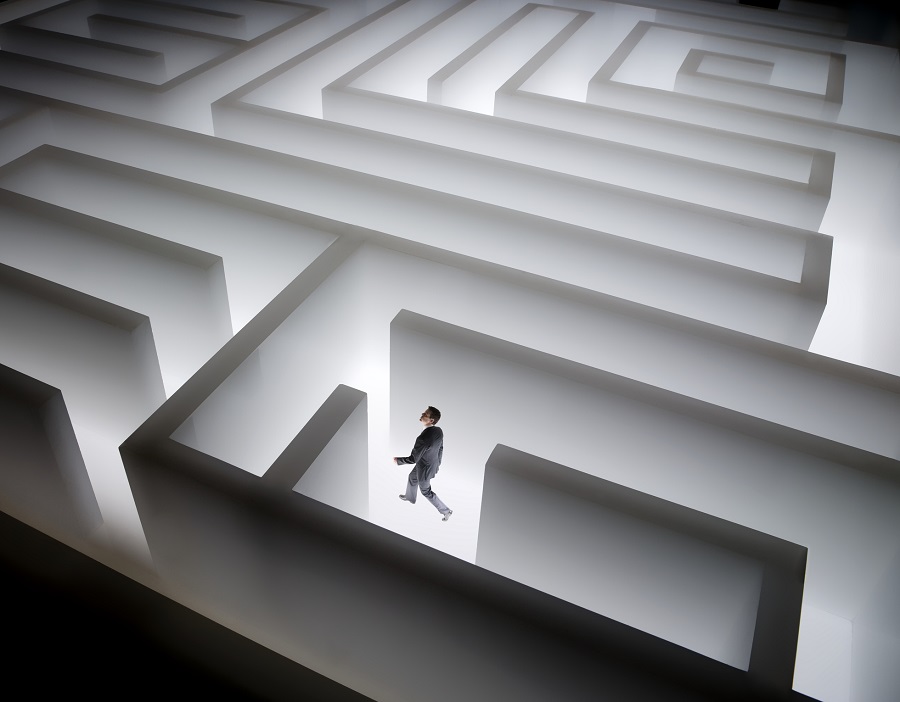 MyLife Essay Contest 2016
Divine Providence: The Ultimate Tool for Finding Meaning During Challenging Times
When The Bal Shem Tov (1698-1760) founded the Chassidic Movement, he breathed new life into ancient values that are fundamental to the Jewish faith. One such value was divine providence (Hashgacha Pratis in Hebrew). When The Torah speaks of Divine Providence, it refers to the degree that G-d involves Himself with the universe. Such a lofty concept in other schools of thought may merely be a philosophical discussion; Chassidic Thought teaches that it can be a practical tool to find meaning in every life situation, including difficult ones.

In Likkutei Sichos Volume 23, The Rebbe analyzed how his father-in-law ( The Rebbe Rayatz, The 6th Lubavitcher Rebbe) practically applied the Baal Shem Tov’s approach to divine providence while he was imprisoned by the communists in 1927. While in prison, The Rebbe Rayatz was subjected to solitary confinement, interrogations and other forms of physical and emotion torment. After his release from prison, The Rebbe Rayatz said the only reason he was able to transcend prison life was because of the Bal Shem Tov’s approach to divine providence.

This essay seeks to demonstrate how any person under challenging circumstances can utilize the Bal Shem Tov’s approach to divine providence as a tool for finding meaning and purpose. The Chassidic concept of Tzimtzum and Perpetual Creation will also be touched upon to further enhance the discussion.

Defining Divine Providence
Throughout human history, there have been different opinions as to how involved G-d is with the world. Outside of Judaism, many held that G-d created the universe, but abandoned it once He finished creating it. They felt G-d creating the universe was similar to a carpenter building a table; once he makes the table, the carpenter no longer needs to be involved to sustain the table’s existence. Based on this logic, these individuals outside the Jewish faith felt that the universe could continue existing without the involvement of its Creator.

It is not the Jewish approach that G-d abandoned the universe he created. Even before the advent of Chassidic thought, the sages of Jewish philosophy agreed that G-d is involved in the world and knows everything that happens in it. They specified by saying that G-d is particularly involved with human beings and generally involved with other life forms. Man is the most important being in the universe, therefore divine providence extends to him. With regards to other life forms, general involvement means that G-d only guides the existence of animals, plants or minerals according to their species. The sages felt that G-d will only ensure these lower life forms do not go extinct as a species. Only when the life an individual of these lower life forms concerns man does it have a connection to divine providence.

The Baal Shem Tov’s approach to divine providence is that G-d is particularly involved and cares about everything in the universe. Not just mankind, but all creatures. The 1st Lubavitcher Rebbe brought a proof from the Talmud to support the Bal Shem Tov. The Talmud states that when Rabbi Yochanan would see a kingfisher (a type of water bird that eats fish), he would declare, “Your judgments are over the great deep”. Rashi, an important Talmud commentator, explained Rabbi Yochanan’s comment: G-d determines which fish will be caught when, by which bird. Also, the manner in which a leaf falls from a tree, the way it is blown hither and thither by the wind, is done so directly by G-d; He guides the leaf every step of the way, from the time it detaches from its branch until it lands on the ground. Understood is that every situation a person is placed is definitely done so directly by G-d.

Not only does the Baal Shem say that G-d supervises and guides every facet of existence; His involvement itself is the life-force that sustains it. It is explained in Chassidic thought that the universe is continuously recreated at every single moment. This is not like those that compare G-d to a carpenter building a table, because He never stopped creating the universe. He continuously injects life into every facet of existence. This may seem hard to believe because the physical eye was not given the ability to perceive the spiritual phenomenon that is perpetual creation.

There is one more critical detail in the Bal Shem Tov’s definition of divine providence: Not only is G-d particularly involved in every single facet of the universe, but each individual facet of creation contributes to the purpose of G-d creating the universe. In addition to this, there is nothing lacking or extra in this world. In the same way a vase can affect the ambiance of a home, so too does each facet of the universe contribute something to it. This affect is on a much grander scale than The Butterfly Affect. According to physics, the flap of a butterfly’s wing in Brazil may cause a tornado in Texas. Chassidic thought goes a step further and states that even something as small as a pebble affects the entire universe. If it was not there, the entire universe would be lacking.

In summary, there is significance and purpose to everything that happens in this world, which includes every moment and situation one finds themselves in. In normal circumstances, one has much clarity on how to utilize divine providence as a tool for meaning and purpose. How does one do the same thing under challenging circumstances where one has less clarity? For example, when The Rebbe Rayatz was in prison, he was not able to fulfill his purpose in the world by illuminating it with the light of Chassidic teachings. Since there was more to do, he was restless. How does one find purpose where it seems like their purpose has been taken away from them?

The answer to this confusion can be found in the Chassidic concept of Tzimtzum. This word can be translated as concealment or obscurity. At the time G-d started to create the universe, he simultaneously concealed Himself from it; because G-d hides himself, it is difficult for us to see where He is involved. This is especially so in challenging times. But Tzimtzum’s purpose is similar to the purpose of experiencing pain. The reason we experience pain is to indicate that the body is trying to become healthier. When a person feels pain, the body is giving us a reminder to go do something about it. Similarly, Tzimtzum functions so that there will be a greater revelation of G-d in the world. Tzimtzum is an indication for us to peel back the layers of concealment in the world to show the innate good to be found within it.

Based on all the above, it is understandable how The Rebbe Rayatz did not view his imprisonment as an impediment to his purpose in the world. Even though he was not able to carry out his mission as he regularly would before prison, he knew that there was an ultimate purpose for him being there that only he could achieve. This strengthened his resolve, and this in turn made the obstacles of prison utterly insignificant.

When the prison personnel would try to instill fear in him, he would show through his actions that they were incapable of scaring him. The Rebbe Rayatz even had enough peace of mind to write a Chassidic discourse. He also was aware that during his time in prison, his disciples would double and triple their efforts of spreading the message of The Torah and its Mitzvahs. The Rebbe Rayatz was confident that his resolve in prison would hasten his freedom from prison and strengthen his mission once he was released.
Parenthetically, the concepts of divine providence and Tzimtzum have a similar parallel in psychology. In his magnum opus, “Man’s Search for Meaning”, Dr. Victor Frankl proposed that striving to find meaning in one’s life is the primary motivational force in man, and life is potentially meaningful under even the most miserable conditions. Chassidus would validate these propositions because according to the Baal Shem Tov’s approach to divine providence, the whole universe was designed with an ultimate purpose; searching for meaning is a natural motivation in man because he senses how the natural world is filled with it. Dr. Frankl also mentions how tension in life propels a man to greater heights. As he says in his own word, “Tension is an indispensable prerequisite of mental health.” The source of all tension and stress is Tzimtzum, and the whole point of Tzimtzum is to reveal a greater potential as explained above.

From Theoretical Consideration to Practical Application
One may find themselves in situations where life is overwhelming (i.e loss of a loved one, falling prey to addiction, financial instability). The pain that is experienced is real and it may present many challenges, yet everyone can find meaning and fulfill their unique purpose no matter how difficult the circumstances are.

Here are a few tips to deal with your own challenges based on The Rebbe Rayatz’s :
-Consider this meditation, “What is my purpose in this world? Even though I am currently in this challenging situation, there is a mission here that only I can fulfill. My unique purpose will affect the whole world.”
-Another teaching of the Baal Shem is that every single thing a person sees or hears is a lesson in his or her divine mission. Pay attention to what’s going on around you and see what life lessons can be learned.
-Consider not what you need, but what you are needed for. How can you help others despite your situation? Start focusing outward.
-Stay away from despondency. A negative occurrence has no true endurance. The pain can subside, but suffering is optional.
-Be a living example. Show strength in your situation and others will be inspired by you. As a result, you will be inspired.
-Think about a cause you are passionate about. Start applying yourself vigorously to it and the pain that you experience will not take up as much of your life.
-Never think that you have nothing to contribute to the world because of your situation. The only thing that can ruin your life is your attitudes towards it.
-Accept what is and know it can change at any moment. This moment is as it needs to be and I can achieve much in it.
-Challenge yourself to become better than you were before all these challenges.
-Your body may be experiencing hardships, but you have a soul that transcends them. Start focusing on your soul and the deeper spiritual reality that you never considered until now.
Final thought
G-d willing no one should have to suffer in this world. But sometimes certain situations are out of our hands, but we can still achieve a lot.
Think of any good novel you have read. They all have one thing in common: conflict. A novel without conflict can hardly be called a novel. The whole point of the conflict, however, is to propel the characters of the story to a place they could not have reached without it.
We all sit center stage in the eyes of G-d, and He knows what you are capable of. Fulfill your purpose in any given situation so that we can see the deeper truth of the world. As the prophets say, “And the earth with be filled with the knowledge of G-d as water covers the sea bed”