The Transformative Powers of the Chassidic Niggun 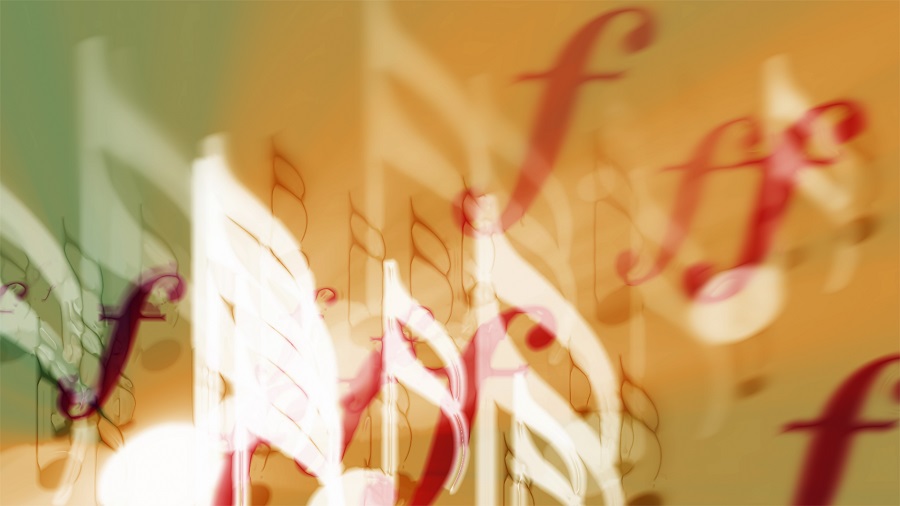 Our obsession to accumulate wealth and status arises from an inner dissonance, which compels one to believe that acquiring more will give rise to a feeling of power and fulfillment. However, no matter how much we amass, we cannot escape this discord. Chassidus teaches that gashmius (materialism) was created by G-d to give man the opportunity to transform it into ruchnius (spirituality). This essay explores how the Chassidic niggun can transport its listener or performer to a state of deveikut, thus facilitating the process of achieving true ruchnius and banishing the inner dissonance.

Money and Materialism: Pursuing Transient Pleasures
Throughout our existence, we have been lured by the dazzle of materialism. From the times of the haskalah[1], when Jewish ideals decayed in the debris of the ghetto walls, to the beginnings of the twentieth century, when the immigrants arriving in the New World were bewitched by the thrill of fortune and prosperity, the Jewish people have always struggled to maintain their ancient values when thrust into a temporal society that venerates the pursuit of affluence.

Today’s generation is possibly the most hedonistic, egocentric and materialistic in the history of mankind. Indeed, many have come to believe that the primary goal in life is the attainment of ultimate pleasure and much of our time is dedicated to the acquisition, upkeep and disposal of material objects. For the most part, our hunger for wealth isn’t driven by hardship, but rather by an inner dissonance. We convince ourselves that we can purchase our way to fulfillment and that our success is measured by the size of our income and our social status.

What is this ‘inner dissonance’ and why is it a catalyst for the pursuit of power and prosperity? Whether this internal discord is triggered by an onslaught of negative thoughts, or whether it is provoked by a need to fill a desperate void of separateness, there is a perception that external objects will alleviate our anguish. When we are feeling vulnerable, the need to make ourselves more powerful, complete and significant triggers the need to accumulate wealth and possessions.

However, this impotent pursuit yields only a tenuous outcome, and one that is typically temporary. No matter how much we try to feed our ego, our inner discord jars our quest, and the hunger to acquire more becomes insatiable. We cannot alleviate this dissonance by trying to escape; we can only banish this sequel of severance by trying to heal it.

There is a Chassidic saying that goes[2], “Yenem’s gashmius iz dein ruchnius – Someone else’s physicality (material needs) is your spirituality.” Essentially, Chassidus believes that G-d created gashmius so that man could focus on transforming it to ruchnius. Whilst the force of gashmius is spellbinding, it is imperfect in nature and therefore G-d gives us an opportunity to repair and uplift it. And it is precisely in this space where we can contemplate the manifestation of G-d’s creative energy and achieve ruchnius. As it is written in Hayom Yom, “…while functioning within the world we must transcend its limitations… This is attained through the avoda of Chassidus”[3].

Tuning in to Spirituality: Using the Niggun to achieve Ruchnius
If words are the pen of the heart,” taught the Alter Rebbe[4], “then melody is the pen of the soul.” The Chassidic niggun – a predominantly wordless melody used in Divine service – is not only a perfect example of utilizing physicality to achieve true spirituality, but it is also a powerful tool that can heal our inner dissonance. It is the archetype of humility, not requiring any instruments to embellish its essence but consisting only of the human voice to convey its potency. Indeed, The Rebbe Rashab[5] once proclaimed that, “A Chassidic saying clarifies one’s mind and purifies one’s heart. A Chassidic practice illuminates one’s home and a Chassidic melody strengthens one’s hope and trust, brings joy, and places one’s home and household in a position of light.”[6]

A parable in Sefer HaNiggunim tells of the Alter Rebbe who journeyed to the city of Shklov, a bastion of Torah scholarship vehemently opposed to the flourishing Chassidic movement. Knowing that their guest was a gifted Torah sage, the eminent scholars of Shklov prepared an avalanche of questions with which to crush and defeat him. Presenting himself before the congregation, the Alter Rebbe announced that prior to responding to their questions, he wished to sing a niggun. And so, plunging his entire being into the rendering thereof, he began to sing with a miraculous cleaving of the soul to G-d, creating ripples of righteousness and virtue that washed over and cleansed the vestiges of skepticism and scorn. As he did so, the minds of the scholars of Shklov became suffused with such a splendid and sublime clarity that all of their difficult questions were swiftly answered[7].

Such is the power of the niggun to move one from a state of sobriety to a delirium of transcendence. Certainly, there are many types of music that are either bestowed with this supreme power or are used as vehicles to induce revelations of nirvana; there are just as many performers who induce altered states of consciousness in their audiences. However, the structure and intent of the niggun is far more than a mere combination of melody, harmony, rhythm and tempo; rather, it is comprised of revelation, reverence and intent and is a Divinely inspired creation. Though the niggun is often conceived of during the prayers of the tzaddikim (righteous), the Alter Rebbe strongly believed that achieving ruchnius was not solely the domain of the tzakkik but lay within the grasp of the benoni, the everyday man:

The benoni is only expected to recognize his human weaknesses, fight to overcome them, and to do so with confidence, in the knowledge that he has the powers to overcome them… Hence, the ideal of the true Divine servant is not to attain a state of static behavior, however good it may be; it is a dynamic and conscious effort to transcend himself, and achieve absolute mastery over his nature and habit[8].

Sounding Deveikut: The Symphony of the Soul
“I want nothing at all!” proclaimed the Alter Rebbe in a state of deveikut (cleaving to G-d). “I don’t want your gan eden. I don’t want your olam haba… I want nothing but You alone”[9]. Such is the magnitude of deveikut in Chassidus, whereby the soul cleaves to G-d until these two entities become an undifferentiated continuance. Through the act of deveikut, Chassidus seeks to unify the material world with the spiritual world and the niggun is the bridge that illuminates this resplendent passage to G-d. Partaking in the singing of or listening to a niggun enables us to elevate sparks of holiness to higher worlds, thus liberating them from their kelipot – the shells that entrap them – with the ultimate goal of tikkun olam – repairing the world.

Though the purpose of the niggun is to attain Divine ecstasy, it is not possible to journey from extreme melancholy to extreme joy without engaging in a four-step process that illuminates the sensibilities of the soul. Indeed, this process of elevation emulates the pattern of the musical structure of the niggun:

Conclusion
Tuning in to the power of the niggun, and its capacity to nourish a deep connection with G-d, is within the grasp of everyone. Whether you’re partaking in a farbrengen[10], singing at a Shabbos table or listening to a recording, the niggun is a transformative tool that can be utilized by the most virtuous to one who has a limited connection with G-d. Achieving deveikut through the niggun subdues the mind from the frenzy of cognition and allows one to meditate on acquiring true Oneness. And it is in this state where the void of separateness is satiated with totality, and where it becomes possible to heal the inner dissonance and dissention by elevating the gashmius of the banal to the ruchnius of the Eternal.

[1] Jewish Enlightenment movement that began in Europe in the 1770s until the early 1880s.

[4] The Alter Rebbe, Rabbi Schneur Zalman of Liadi, is the founder of the Chabad-Lubavitch movement.

Johannesburg, South Africa. Her dissertation was on Klezmer Music and she has a

editor and researcher in the field of social development, specifically regarding food

security and nutrition. Though she is passionate about working with communities,