The Growing Estrangement of Teenagers 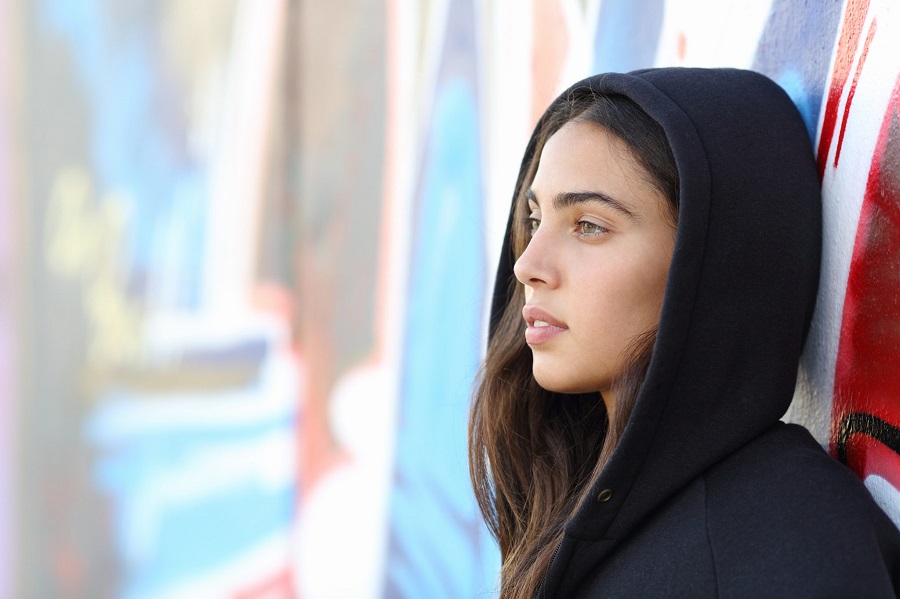 Many of you will know a teenager in your family, community or neighborhood, who actively strayed from his or her path. A misfit, an overly energetic youth, an addict; these kids all follow a similar trend of solitude and rebellion. In desperate attempts to keep such kids in line, mentors often repress this defiance by restricting their privileges. Sadly, actions like these often provoke more of the same anti-social behavior, causing the conflict to escalate, which in turn endangers the mentor’s relationship with these teenagers.

To help create a more peaceful environment and prevent these situations from occurring in the future, this essay will highlight specific guidelines in Chassidus that shed light on the management and fortification of relationships with teenagers.

The method by which our relationships can be mended and a peaceful environment restored is recorded in Chassidus in the 32nd chapter of the Tanya. Here, the Alter Rebbe (first Lubavitch leader) stipulates the way in which individuals should conduct themselves to maintain peace and harmony between each other. Additionally, the Maamer (lit. Discourse) “Bayom AshteiAsar” (“On the twelfth day”) relates that by altering one’s priorities and harnessing one’s indulgences, a person may come to understand that which is of primordial importance in relationships. This, in turn, allows him or her to rebuild functional, long lasting connections.

Maintaining control as a parent

The verb ‘to parent’ means, ‘to act as one’s mother or father’. The responsibilities associated with this role include teaching one’s children the crafts and tools necessary to survive in the world[1]. In contemporary society, however, these duties are facilitated by educational institutions that provide children with the skills and knowledge they will need throughout their lives.

Parents now focus more on the health, welfare and finances of their children, overseeing their needs until they are capable of looking after themselves.

When asking parents what they want from their teenage children, one may be surprised by the lack of overlap between their own responses, and the responses of their teenage children when asked the same question. The parents’ replies are often quite similar and include exemplary behavior kindness, religious observance, etc. While these characteristics are often held in high esteem by parents, they are less likely to be important to their children.

Ironically, what are commonly left unmentioned are things like, “I want my son to be happy with him self” or “I want my daughter to be content with the choices that she makes”. These are not left out because parents don’t want their children to be happy. Rather, it is because, “until we take how we see ourselves (and how we see others) into account, we are unable to understand how others see and feel about themselves and their world”.[2] As a result, parents and mentors sometimes project their intentions on the behavior of their teenagers and call themselves objective.

Priorities such as the practice of religious principles, awareness of safety and the importance of family time are all values that parents may hold dear but often fail to ring true to their teenage children. To ensure these concerns are adequately maintained, values are often forced into practice, constructing barriers of anger between the acts themselves and the child’s desire to fulfill them.

Hostility and rejection of such principles in no way negates their relative importance. Rather, it highlights how important the attitude of the mentor is and the method by which their values are enforced and related to their teenagers.

Approaches on how to implement such values within domestic and educational settings are discussed extensively in contemporary literature. Here, the predominant focus is usually how to curb pre-existing conflict while ensuring the desired values are adequately implemented. Lessons such as, “not criticizing another’s actions” or, “the power of agreement” are primary examples of such teachings.[3]

It is the contrast in focus that distinguishes the Chassidic approach from that of new age literature. Chassidus teaches that to construct an environment that is conducive to growth, individuals must first change their own perspectives and priorities before their relationships can bear fruit.

If people would take the time to observe a high school class they would find a significant correlation between teenager’s behavior and their relative interest in the subject matter. While it may seem impossible to cater to the individual interests of every student in a class, teachers can maintain a student’s attention in other ways. The demeanor, attitude and priorities of each educator not only dictate how the content is conveyed, but also how that information will be received.

It is amazing how two different teachers can teach the same class to the same group of students and one will fall on deaf ears while the other will have the whole group riveted.

The classroom analogy is a microcosm for all relationships with teenagers. Yes, some teachers may be selfish while others are selfless, just like some people in the world may be dogmatic while others are sympathetic. The difference between how teenagers take to the tutelage of each, however, depends almost entirely on the teacher’s level of empathy for his or her students.

In the discourse “Basi Legani”, the Lubavitcher Rebbe (Rabbi Menachem Mendel Schneerson) explains that man’s purpose for living in this world is to create a “Dira betachtonim” (dwelling place for G-d). He explains that each good deed a person does helps draw G-d’s presence down into this world. Conversely, each bad deed a person does dispels some of G-d’s presence, pushing Him further away.

The Maamer explains that, if someone would know the true impact his or her bad deeds had, they would never in their right mind continue to do them. Actions similar to those of an animal, that depend wholly on ones desires, for example, block that person from staying true to his or her purpose.

This concept is also discussed in modern literature. Stephen Covey, for instance, goes as far as to say, “We are not our feelings. We are not our moods. We are not even our thoughts. The very fact that we can think about these things separates us from them and from the animal world”.[4]

To gain more clarity and undertake a more productive approach, people must first understand why they choose these pathways and what the correct course of action is.

The Maamer “Bayom Ashtei-Asar” explains the following in a parable: a king and his entourage were en route to a particular city. While the members of the city were discussing the various ministers and dukes they would host, one clever man stood up and proclaimed “Ano nasiv malka” (“I choose the King”).

The Rebbe asks, “Why was this man clever?” Surely, “Even a child would understand the value in hosting the king”. The answer is that these people understood that by hosting the ministers who serve the king they would obtain benefits that were not the king’s responsibility to dispense. Moreover, hosting ministers required less effort and self-nullification than hosting the King and may even beget material benefits (e.g., the reduction of taxes, military duties etc.). The one man’s wisdom, lay in his willingness to rise above the others and choose the King simply because he was the King. While all the other ministers would come and go, the King would remain the same. He was the all-important guest, deserving of the utmost respect.

These lessons can be transposed into our own relationships. If we look at what it means to choose the King, we can see its correlation to the message resident in “Basi Legani”. There it states, “The goal of man in this world is to draw down G-d’s presence” through fulfilling his commandments.

How does this all relate to our relationships and interactions with the younger generation? Chapter 32 of the Tanya ties it all together when it tells the story of a man who once came to Hillel (a Talmudic scholar) and asked him to recount the whole Torah on one foot. To this Hillel replied, “Don’t do unto others what you don’t want done to yourself,” implying the rest of the Torah’s contents were just commentary.

This, of course, requires explanation.

Every Jew has a portion of G-d in him. It is therefore necessary for every Jew to love his fellow in spite of any negative characteristics he or she may have. It is the ability to look past people’s flaws and love them for the simple reason that they are a part of G-d that will ensure that one’s love for their fellow is unaffected by any other influence.

Here is the interpretation of the verse, “I choose the king”. An individual who chooses the King, is choosing to love their fellow regardless of any limitations or faults they may have. They choose the person himself rather than constantly focusing on what may need fixing. Here, the person loves their fellow for who they are not for who he or she wants them to be.

Now, let’s call these directions ‘The Relationship Approach To Engaging Teenagers’ and see if we can apply them in a domestic setting.

Consider the following scenario: a husband and wife are having trouble stimulating their 16-year-old son’s interest in Judaism. The more they order their child to go to Shule (Synagogue) or remind him to say brachos (blessings) in the morning, the more apathetic he becomes.

What if these parents actively involved themselves in engaging with what was meaningful to their child? Surely such an attitude would result in the child becoming more open to what his parents hold dear. Not only would the teenager be unbiased towards his parent’s desires, he may also reciprocate their frame of mind and see how he too could share in what’s important to them.

From this it can be seen that the key to helping teenagers develop a sense of belonging is to remove force and replace it with genuine care.

This is what the verse, “I choose the King” means. It states that I choose G-d, I love my fellow the way I love myself and, therefore, I choose my relationships with others over my own desires.

Mentors are often left perplexed by what triggers adolescents to rebel. Sometimes it requires a person to remove themselves from their comfort zone before they notice how “from the forest itself comes the handle for the axe”[5]. That, the cause of teenagers’ hostility may be the method adults use to impose their objectives.

[2] The 7 habits of highly effective people

[3] How to Win Friends and Influence People

[4] The 7 Habits of Highly Effective People