Folly: The Illness and the Cure 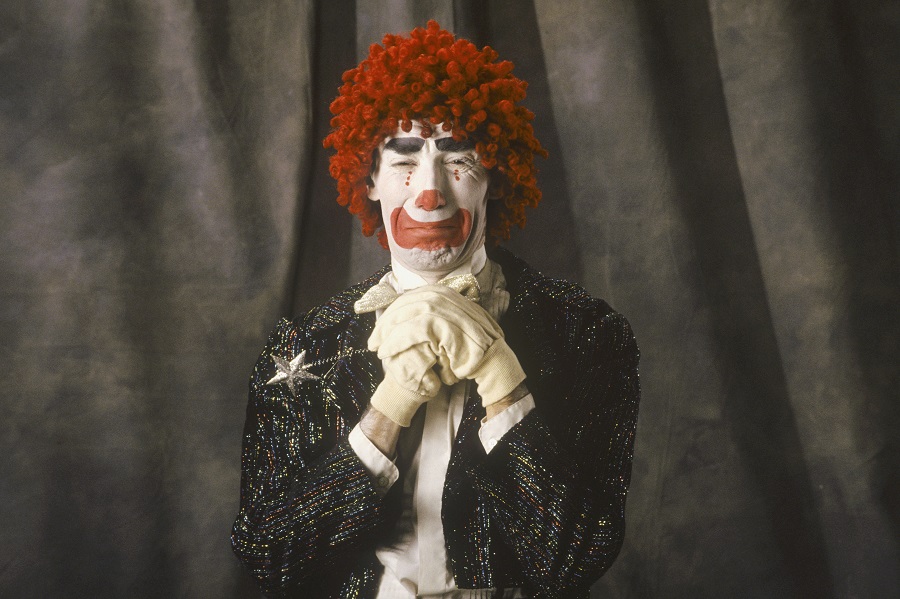 The Rebbe’s first and long-awaited Maamar, Basi Legani 5711, is not only a sequel to the Frierdiker Rebbe’s Maamar Basi Legani 5710, but the “mission statement” containing the goal of the Rebbe’s leadership and what the accomplishment of our generation—the seventh from the Alter Rebbe—ought to be. This essay will attempt to shed light on the extraordinary mission that was placed on our shoulders, as well as offer advice for practical implementation. It will be based primarily on Basi Legani 5711, with some background info taken from Basi Legani 5710, Tanya, and Kuntres Uma’ayan. The theme of both discourses is the mission of our times—to bring about the completion of the ultimate purpose of Creation and downward progression of all worlds through making a dira batachtonim (dwelling place in the lower worlds) for Hashem by transforming the folly of the forces of unholiness into the folly of holiness.1

Our Mission
As outlined in both discourses and in other places2, our mission is to make this world into a suitable dwelling-place for Hashem in which He feels welcome and comfortable. How is this accomplished? By converting the folly of unholiness into the folly of holiness. And how is that done? By refining ourselves to such an extent that we turn our passion for physical pleasure into passion for Elokus (G-dliness). We are to learn Torah, daven to Hashem, and perform His Mitzvos in an unlimited, unbounded manner, transcending our personal and human limitations to fuse with the Divine, thereby elevating our animal souls3, bodies, and share of the world, and consequently invite the Shechina (Hashem’s Presence) to rest upon us and upon our world.

The neshama (G-dly soul) goes through tremendous pain and suffering to leave Hashem’s revealed Presence in the treasure-trove of souls and be confined to a body which can G-d forbid drag it down into the lowest depths of depravity4… Therefore, it is the total folly of unholiness to do this and fail to realize the great purpose (and thus the often difficult barriers, as the greater the holiness, the greater the forces that oppose it) for which our neshama came down to the Earth, and that by doing Torah and Mitzvos we can on the contrary elevate it to heights it would have never been able to achieve had it remained above.

Concepts from the Maamar
It is important to understand the Chassidic approach to Creation. Chassidus teaches that Creation is for a definite purpose, and although it is not clearly written in either Maamar, we know from numerous places in Tanach5 and Sichos6 that this refers to Moshiach. In order to bring Moshiach, we must make this world a place where Hashem’s Presence feels welcome. This is what the Rebbe strongly emphasized in his first Maamar as the mission of our generation, the seventh since the Alter Rebbe. He explains that the fact that we are the seventh is not through our choice, but it is also an awesome privilege7. However, in case we get a bit unnerved about the grand plan set out for us, the Rebbe stresses that we are only seventh from the first, which means that we have at our core the power of the first, i.e. the strength of the Alter Rebbe which helps ensure that we will succeed in our mission.

To convert the folly of unholiness into the folly of holiness, we must work on refining ourselves. As the Rebbe Rashab teaches8, there are varying degrees of human pleasure, each higher than the next (physical, musical, intellectual, and spiritual). Humans are born with base instincts, as the nefesh habahamis (animal soul) enters a baby at birth, while the nefesh haElokis (G-dly soul) only enters the body in full at Bar or Bas Mitzvah (13 years of age for a boy and 12 years for a girl). Thus, the nefesh habahamis is referred to as an “old and wise king”9 because it has been entrenched in the body much longer. Nevertheless, our mission is to try to convert it into G-dliness (ishapcha—transformation), and if that fails, at least teach it to crave spiritual instead of physical pleasure (iskafya—sublimation).

In a Jew, the animal soul does not inherently crave prohibited things. It just craves pleasure. Therefore, if we can teach it to find pleasure in G-dliness, we can rehabilitate it to find pleasure in serving Hashem. As the nature of the animal soul is to do everything with the passion intrinsic to animal, when we are successful in coaching it to find pleasure in G-dliness, we will be able to serve Hashem with the passion that only an animal soul can provide, as by nature the G-dly soul is more intellectual, logical, and cool. Thus, we will thereby be able to transform the folly (passion) of unholiness into the folly (passion) of holiness10 and bring the purpose of Creation to completion, enabling Moshiach to arrive…

There is a mashal (parable) of a king who had an orchard with beautiful fruits. In order for the guard not to steal the fruits, the king employed two guards: a lame man and a blind man. Therefore, the lame guard could not reach the fruits, and the blind man could not see them and thus would not be tempted. However, both guards collaborated to steal the fruits. The lame guard asked the blind one to carry him on his shoulders so that he could reach the fruits, which they both enjoyed. When the king noticed that some fruits had been stolen, he accused the guards who both protested that they could not have been the culprits due to their disabilities. Nevertheless, the wise king ordered that the blind guard carry the lame one on his shoulders and that they both be whipped in this position…

This mashal refers to the G-dly soul and body. The G-dly soul is lame: it “sees” what it has to do in order to accomplish its mission in life, but without the body, it cannot accomplish physical Mitzvos. The body is the blind man, because it can do anything, but it does not “see” what needs to be done. Thus, both soul and body have to partner in order to accomplish Hashem’s Will. This is why the Rambam states that in Olam Haba (the World to Come), both body and soul will exist so that the body too will receive its share of reward.

Implementation
So how are we to go about accomplishing this lofty goal? First, we have to know that each one of us is responsible to do it, both to accomplish our personal mission for which our soul was sent into our body, and also for the collective Klal Yisroel (Jewish nation) to be taken out of golus (exile) and fulfill the goal of Creation.

Second, we need to know that we are “seventh from the first” and have the power and strength of the Alter Rebbe in us. There is a Chassidic mashal of a giant who wished to see over an extremely high wall. Nevertheless, even if the giant was very tall, he was not tall enough to see over the wall. He therefore asked a small midget to stand on his shoulders, and as the giant was almost tall enough to see over the wall, the midget was indeed tall enough to see and tell the giant what was going on behind the wall. This example refers to our spiritually-impoverished generation (symbolized by the midget) standing over the giant’s shoulders (symbolizing the Alter Rebbe’s generation who were spiritual giants)11. Even though we are comparatively small, we stand on a giant’s shoulders and thus we will be the ones to see over the wall (accomplish the goal: bring Moshiach by making a dira batachtonim for Hashem).

Finally, we are to go about this by following the advice in Tanya to learn to love the sacred and despise the material, even that which is permissible12. In our generation, the Rebbe focused primarily on elevating the material13, and doing so by utilizing it leshem Shomayim (for the sake of Heaven).

Here are some practical examples to be able to implement the above in our day-to-day lives:

It is the author’s sincere hope that the above will be helpful to readers for each person to pause and reflect upon their lives until now, and objectively decide in which areas improvement is needed. Once we take Hashem’s grand purpose for the world into consideration and start viewing our personal contribution not as a burden G-d forbid, but as an immense privilege and honor, we will be able to redirect the folly of passion for unholiness or mundane matters into the folly of holiness by nurturing passion in our lives for G-d and what He needs us to accomplish so that very, very soon, Moshiach will be revealed in actual reality!