The Quest for Light 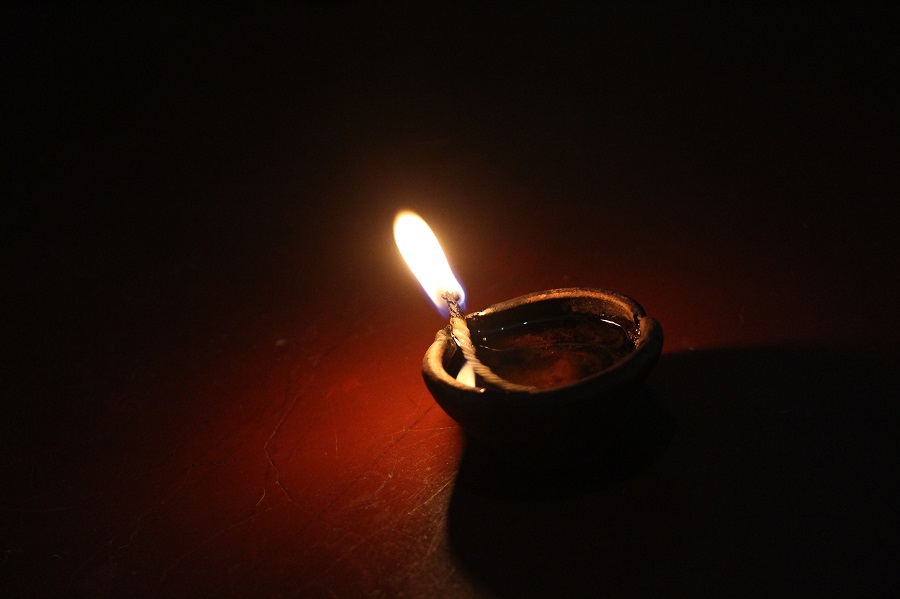 The Rebbe’s last Maamar (Chassidic discourse) given out to date, Ve’Atah Tetzaveh, can be regarded as the final instructions we were left with in the Rebbe’s physical absence to accomplish the goal of the Rebbe’s entire Nesius (leadership)—bringing Moshiach (the Messiah) NOW! In this essay, we will summarize the main points of the Maamar, and then go on to describe how it is possible to apply them in our present lives, thereby fulfilling the mandate of our generation.

Summary of the Maamar
The Rebbe recited this Maamar on Shabbos Parshas Tetzaveh 5741 (1981), and then released it for publication on Purim Katan 5752 (1992). He personally handed out thousands of copies over many hours to men, women, and children, each in an envelope containing two U.S. dollars and Lekach (honey cake). As the Rebbe usually only gave out Lekach on Erev Rosh Hashana and Hoshaana Rabba, this was totally unexpected, and many people were left wondering and anxious. When the unthinkable happened less than two weeks later (the Rebbe’s first stroke on 27 Adar I), it was clear that the Rebbe had done his utmost to give us the maximum strength and powers so that we will be able to bring to completion the mission of our generation, the goal of Creation, and the lifelong endeavor to which the Rebbe dedicated his entire life—the coming of Moshiach NOW!

It is appropriate that this Maamar is on Parshas Tetzaveh, the only parsha (weekly Torah portion) since Moshe Rabbeinu’s birth in which he is not mentioned by name. We learn that on the contrary, when Hashem addresses Moshe Rabbeinu directly (atah—you), He summons Moshe Rabbeinu’s essence, a level so high and intrinsic that nothing can describe it, not even a name.[1]

However, the Rebbe goes on to explain4 that in order for this light to be revealed, it is necessary for the people to have mesirus nefesh (self-sacrifice). This is because in order for faith to be internalized, it needs to come from the revelation of the internal bond between G-d and the essence of the soul.5

Subsequently, the Maamar mentions that even a Jew who spiritually and physically does not feel any lack should still feel “crushed” because of the exile and the reduced revelation of G-dliness.6 This feeling comes from the essence of a Jew’s soul and connects him to G-d’s Essence, and thus brings about the increase in light mentioned at the outset of the Maamar.

Later in the Maamar7, the Rebbe explains that mesirus nefesh is a proper channel for the light because it originates in the essence of the soul, unlike the revealed powers of the soul that express themselves through the Ten Kochos HaNefesh (Ten Powers of the Soul, i.e. the Ten Sefiros). However, as mesirus nefesh stems from the essence of the soul, it transcends and does not affect the revealed powers. This is the reason why unfortunately many people who had mesirus nefesh for Yiddishkeit (Judaism) in Europe did not have the same level of dedication and self-sacrifice for Torah and Mitzvos (commandments) once they came to the U.S. where they could be religious without the overt need for self-sacrifice. Nevertheless, the level of connection that comes through feeling “crushed” about being in golus (exile) does affect the revealed powers of the soul and elevates them because instead of transcending them, it unites them with their G-dly Essence which is unlimited in its ability of transformation.

The Maamar then describes8 how Moshe Rabbeinu (and the future leader of each subsequent generation) gives the people the power and strength through increased faith to connect to Hashem on the level of “crushed” so that the essence of their souls gets awakened and elevates their revealed powers in a transformative and permanent manner.

In the last part of the Maamar9, the Rebbe finishes by saying that the Frierdiker Rebbe is the Moshe Rabbeinu of his generation and that as such, he makes it possible for the people to reach the level of “crushed”, at which they can bind the essence of their souls to Hashem and transform the revealed powers of their souls. This in turn will cause the ultimate Light of Hashem to be revealed with the coming of Moshiach NOW!

HaMaaseh Hu HaIkar (Action is the Main Thing)
How do we go about having mesirus nefesh in our times and feeling “crushed” amidst material and even spiritual prosperity?

Unfortunately, many have a misconception regarding mesirus nefesh. They think that it requires a total divestment of their unique talents and personality, while just serving Hashem by performing Torah and Mitzvos like robots. Nothing could be farther from the truth. One of the major gifts of Chassidus has been on the contrary to shed light on how to serve Hashem by utilizing our unique talents and personalities.

Each person is created by Hashem with a unique mission and the exact personality and talents that will enable him or her to accomplish that mission. Every detail of a person’s life, from the family and environment in which they were brought up to every single detail of their lives (good or sometimes unfortunately painful), is precisely the backdrop that is needed for their life’s mission to be brought to fruition.

Therefore, mesirus nefesh does not mean abandoning one’s personality and turning into a robot, G-d forbid. Hashem has many angels who serve Him without having to fight battles between their good and evil inclinations. Our mission is to use our G-d-given personalities and talents to serve Him in the way only we can. Every person on Earth is unique and can serve Hashem in a manner in which no one who lives, has ever lived, or will ever live could.

Now, what does mesirus nefesh mean? It means the realization that at our core, we have a chelek Elokah miMaal Mamosh (an actual part of G-d above)10. Therefore, as we are G-dly, our most essential will is to do what He wishes. It makes us “crushed” to know that regardless of how this golus is to a great extent livable in our times—with relative prosperity compared to earlier in history, freedom of religion in practically all countries, etc.—still knowing that the Shechina (Divine Presence) is in golus and that the ultimate purpose of Creation remains yet to be fulfilled should leave us feeling “crushed”. However, as it is a G-dly feeling, we feel it in a manner of energy and vitality to move forward with positivity, not G-d forbid being depressed and slothful. Consequently, when we have mesirus nefesh for Torah and Mitzvos, we are in fact connecting our essence to Hashem’s Essence in a manner as we learned in the Maamar that enables our soul powers to be elevated to G-dliness. This accomplishes the purpose of Creation, and will very soon bring Moshiach!

Application
Now that we understand this idea and its importance, how should we apply it in our daily lives? First, in order to be able to have the faith necessary to feel “crushed”, we need to be connected to the Tzaddik HaDor (spiritual leader of the generation, i.e. the Rebbe). Second, we must cultivate our love and awe of G-d through hisbonenus (meditative contemplation), which is best done prior to the daily morning prayer11. Finally, we must realize that every single aspect of our lives ought to be dedicated to our purpose and not a moment wasted.

Two stories of the Rebbe will help illustrate this concept:

Once, the Rebbe asked someone at what time would be davening (prayer services). The person answered that it would be at 10 AM or 10:05 AM (or some similar time), which prompted the Rebbe to ask if davening would be at 10 AM or at 10:05 AM. The Frierdiker Rebbe, who was present, later commented that to his son-in-law, who at that time was still the Ramash, five minutes were enough to be used for something purposeful and not to be wasted, which is why he wanted to know the exact time of davening.

At another occasion, someone asked the Rebbe if he was careful in making sure he used every moment meaningfully. The Rebbe answered, “Every moment, no, but every minute, yes.” And we know how the Rebbe never exaggerated…

In addition, as at our core, all of our individual souls come from Hashem’s Essence, by connecting with His Essence we will also increase unity among ourselves, an important requirement to bring Moshiach.12

Even our mundane matters when carried out leshem Shomayim (for the sake of Heaven)—such as sleeping in order to be rested the next day to do Torah and Mitzvos, eating to have the energy to serve G-d, etc.—attain the holiness of a Mitzvah (commandment). Thus, our lives will be transformed into G-dly lives and we will be ready to usher in the time that will be holiness everlasting with the coming of Moshiach NOW!

Here are a few examples that will help us have mesirus nefesh in a manner of feeling “crushed”, and thus enable us to reveal the Light of Hashem that will precipitate the reaching of the goal of Creation with the advent of Moshiach:

It is our hope that the above explanation will be beneficial to many, but if even one person takes away the message that they are important and needed in G-d’s grand plan of Creation, it will be sufficient, as the Rambam states15 and the Rebbe often quoted, that we have to view the spiritual state of the world as equally balanced between good and not good, and that only one good thought, word, or deed will be enough to tilt the scale on the side of good and be the catalyst to bring Moshiach NOW!