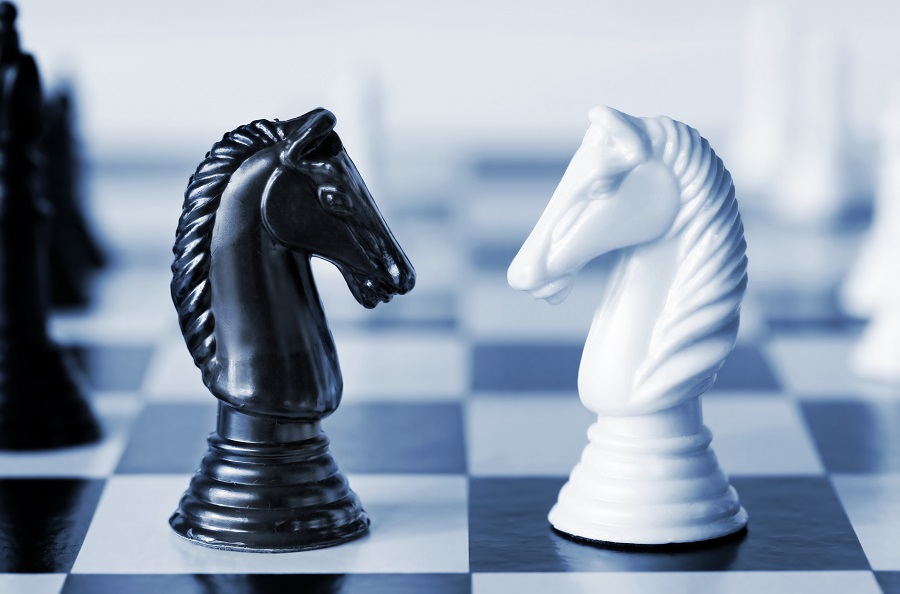 Ever had the feeling, that God and you are on two different teams? Familiar with the conflict of doing what I want versus doing what he wants? Ever thought “Who am I?” and “Who is he?” In this essay we will attempt to explain the supposed conflict of the existence of God and the existence of man, until eventually we will reach the final stage of understanding, that true individuality comes about through positively escaping oneself.

In the first few chapters of the book of Tanya, authored by Rabbi Shneur Zalman of Liadi, the founder of the Chabad Chassidic movement, the author seeks to define the characteristics of the average man and what ought to be his Divine service of God. This man, Rabbi Shneur Zalman explains, is born with an evil inclination within himself, that he must seek to battle and overcome, by revealing his true inner good. This man will never be perfect and will never completely rid himself of his animalistic nature, but must nevertheless exert himself to develop a connection with God, thereby temporarily subjugating his inner selfishness. This man is expected to keep a constant watch of his conscious faculties keeping them consistent with God’s desires and to battle his internal evil, time after time. The Tanya however clarifies that the service of the average man does not entail a total self-transformation and a total removal of all evil and selfishness from his soul, as such a state is only accessible by the perfect and not so common man. Rather, the requirement is simply to attempt to do his part of conforming to God’s will, because no one is perfect.

At a first impression, this understanding leaves one with a disappointing air, almost a foreboding spirit. The Tanya is basically condemning the average man to a life of constant battle, one in which he will never completely remove the negativity from his soul. And the average man might inquire “Why should I engage myself in a battle of self improvement when I am assured of the impossibility of attaining the goal?” Or “How can I be expected to wage the constant battle of good vs. evil with the knowledge that the evil will remain deep within me till my final breath?” Even when assured by God that each individual good deed is valuable and appreciated, what is it worth if the battle is won, but never the war?

In order to explain, let us take a step back and take a moment to ponder the very existence of man. If an individual should begin to investigate the reality of our world, he will be led to understand the true reality of godliness, and that is, that nothing exists other than God himself as stated in scripture “Ain Oid Milvado.” The question will automatically arise, “Who am I?” “What am I” or “How is my existence even possible if God is the only true existence?” And he will be led to discover, that God, in his infinite capabilities, created beings, that feel themselves separate, other and outside of God, as well as feeling that their existence is independent of God. While in truth God remains the only existence that ever did and ever will exist.

As the journey continues, the individual will feel subconsciously uncomfortable and uneasy, being that every creation at the very root of it soul, desires to BE, for so, was it created; and will therefore attempt to validate his existence in his own eyes, in order to feel some vestige of self value and self-worth. Since the individual in the very depths of his soul is aware that the only existence of value is God, and the only true reality is godliness, he will search for expression in matters of holiness and spirit. And as he begins to serve God and fulfill his commandments, his self-esteem and ego will grow, as he believes he has found expression and success.

However, the problem shall arise when the individual performs  some sort of sin, or slows down in his performance of good deeds, as is the way of men. The moment he gets a grip of his downfall, the man will wonder again, “What am I worth?” “What do I contribute?” Based on the notion, that his entire image of personal existence was as a result of his godly service,now that he lacks even that, his spirit drops. The moment he no longer holds on to this vestige of reality, he will sink into a sadness or depression of sorts, and feel useless, valueless and hopeless.

To use an analogy, there is a very well known sentiment, brought in the ethics of our fathers. “Who is a rich, he would who is happy with what he has”. Chassidus explains, that an individual who views himself as being entitled, and feels as though life owes him much, will not be satisfied with minimal physical wealth. But, an individual, who has a healthy sense of self value, and understands his own limitations and challenges, will not expect anything more than basic material requirements.

Similarly, with regards to service of God, the individual will feel down when he lacks perfection.

To solve the problem, Chasidus explains to us (in numerous places but particularly in a Maamer “Vayikra Yaakov” in ETe”R)  that the only path to healthy self esteem, confidence, self value and a healthy self image is a concept known as Bittul. The definition of Bittul is, “You, are not you. You are him”. What that means is, knowing the reality that nothing else exists other than God, leads one to understand that man’s entire existence is nothing more than an extension of God. Even man’s feelings of separation, independence and otherness are also an extension of God himself. Therefore, the value of any particular man, is not as a result of the specifics of his successes or failures, but rather, the value of a man is, that he is part of the creator himself. To understand this, let us make use of another analogy. If one should place a tiny candle  right near a massive furnace, the light of the candle will simply be invisible and nullified in the face of the great fire. But let us analyze: where is the candle a greater and stronger light? When it is standing alone and is visible itself, or when it is in a state of nonexistence within the big fire? And obviously, the answer is, that when the tiny flame becomes part of the gigantic furnace, even though the previously existing candle will disappear, nevertheless, the candle has become a part and extension of something much greater. So too, with regards to the human, the man must realize, that me as me is  valueless and meaningless, because God is the only real being, and I am but a simple creation. But me as God’s extension, provides me with the ultimate value and importance. Then as a result of this understanding, the performance of God’s will is done with absolute focus on the goal, because it is no longer about the individual, seeing as, only God exists. And even when a failure occurs he will never lose sight of the goal, rather he will feel the need to improve and fix where he has gone astray.

Implication
To bring all the theory into actuality, Chassidus explains to us that the key, and the only key to healthy self-esteem, confidence, ego, satisfaction, success and fulfillment is through Bittul. This means that by getting in touch with the reality of godliness, and through studying about God and contemplating the oneness and wholesomeness of God, we slowly but surely are able to transform ourselves from focusing inward, to focusing on what is truly important and everlasting, and through that we will gain a truly “healthy” ego.