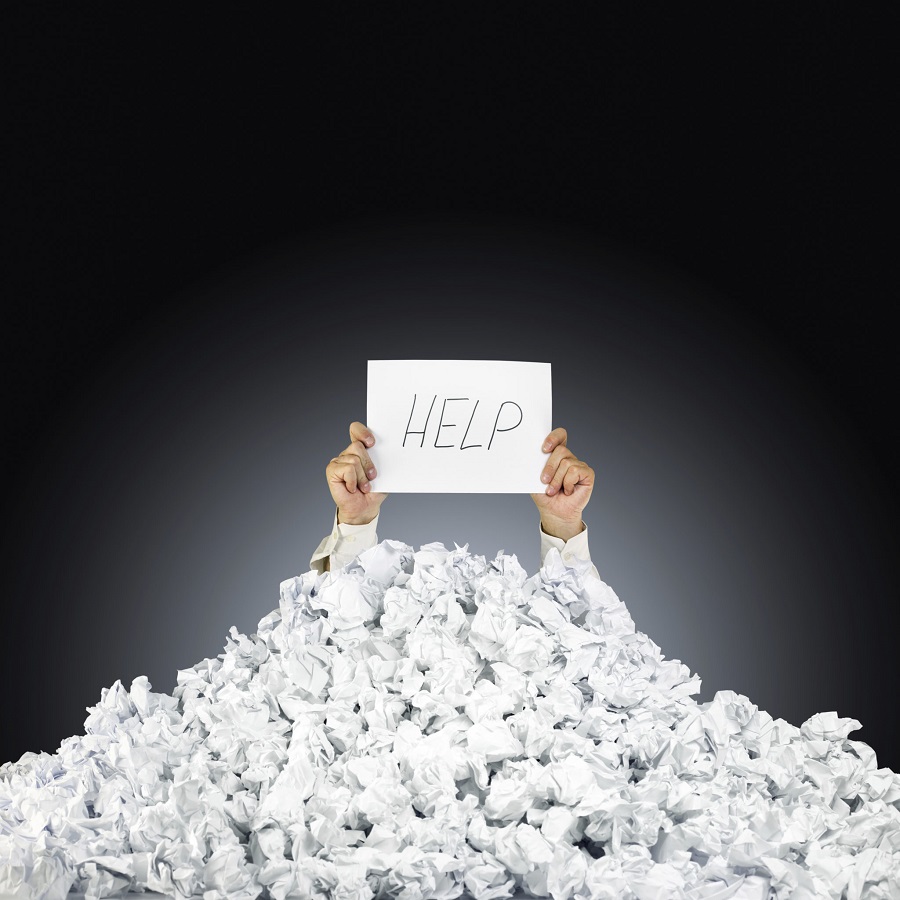 Life can get chaotic. There are so many places to go, things to take care of and work to get done, that sometimes people get in way over their heads. True, people that do a lot are the most successful, but must there always be a constant shadow of stress? Must life be a perpetual race, people running after their work without catching their breath, and almost inevitably not accomplishing everything that they set out to do? Can the chaos of the yet unaccomplished tasks turn to calm?

Chassidus teaches that it can. Specifically, the concept of Tohu and Tikkun (chaos and rectification) has shown me that the chaos in our lives and its organization has a model in the spiritual realms. In this essay I will attempt to explain the concepts of Tohu and Tikkun and how they are the perfect paradigm for organizing our time. This essay is based primarily on parts of two Maamorim: A Maamer from the Alter Rebbe in Torah Ohr, Parshas Vayishlach, as well as from the Maamer from the Rebbe Rashab, Parshas Achrai Mos, 5649. These two Maamorim have taught me that although time organization is hard it is quite attainable, built into the very structure of our universe.

When Hashem decided to create the world it required a mass condensation. Hashem is infinite, and the creation of finite from infinite is a task that only an infinite Creator can accomplish. A long series of condensations of His light (Tzimtzumim in Kabbalistic terminology) created the universe that we, finite people, can deal with and appreciate.

Hashem conducted Tzimtzum like this: He condensed His light to create vessels (Keilim) that would be able to contain His infinite light. Thus, although creation is limited to the vessels, it still contains the infinite light of Hashem inside of it. A classic analogy for this idea is a pitcher of water and some different colored cups. The water in the clear pitcher is the original color – or non-color – of the water. When poured into the colored cups, however, it seems to change. The water in the blue cup looks blue, the water in the green cup looks green, and in the jet-black cup the water is an opaque black, quite opposite to the nature of the water itself! The same is true regarding Hashem’s light. Creation looks and feels like the vessel that contains His light, but it is really the same infinite light manifested in different ways for us to understand[1].

At first, Hashem created the spiritual world of Tohu. He started off with condensing some light into small, delicate vessels, vessels that were pretty much transparent to His infinite light. Hashem then took an intense amount of His light and showered it straight into those small vessels. This is where the first “problem” of creation occurred: the light that poured down was too strong for the vessels to handle. Like pouring a large amount of boiling hot water into thin glass cups – it didn’t work.

Furthermore, there was another problem. In that first world of Tohu, Hashem channeled His light into two tracks: Chessed (kindness, love, benevolence) and  Gevurah (severity, strength, anger). Even if the light were able to fit into these first vessels, there would have been no way for creation to continue. Chessed and Gevurah are so vastly different from each other, that no vessel would be able to receive both the lights of Chessed and Gevurah without crumbling.

An example for the paradox of Chessed and Gevurah: when a toddler’s mother is angry with him, his mind is too small to understand that his mother really loves him too. Children will ask their mother “Do you still love me?” or will say, “Mommy hates me,” when in truth her anger is actually a result of her love for her child. The child cannot wrap his mind around that contradiction because his level of understanding, his vessel, is too small.[2]

From the chaotic disproportion of light and vessels, Tohu (chaos) received its name. The light was so strong that the vessels shattered (Shevirat Hakeilim in Kabbalistic terminology) leaving a large mess of light that fell into the forces of evil.

So Hashem decided to create a word of rectification, Tikkun. In this world He did two things: 1. He created less fragile vessels, vessels that were created with stronger contractions of Hashem’s light. 2. The infinite light that He showered into these new vessels was much weaker. These two changes enabled the vessels to actually contain the light. This caused a third thing to happen in Tikkun: the creation of a third track. Now there wasn’t only Chessed and Gevurah, there was a middle path, the track of Tifferet which fuses Chessed and Gevurah together to create beauty[3]. This third track is like an adult feeling the anger of his mother (as opposed to a little child in Tohu). Since the adult has a strong vessel – his level of understanding is developed – he can understand that although his mother is angry, behind all of it is love. His intellect-vessel is strong enough to contain paradoxes. This organized procedure of Tikkun facilitated the rest of Seder Hishtalshelut, the rest of condensation and contraction of Hashem’s light, to continue undisturbed, which eventually created our world.

Although Tikkun is the only way that Hashem’s light can actually create, it was very necessary for creation to go through the process of Tohu first. Tohu brought a very exalted level of light into creation, much higher than the light of Tikkun. Through man’s work in this world, he can bring these sublime lights of Tohu into the proper structure of Tikkun, thus bringing out the best of both worlds.

At first glance these concepts look strictly spiritual, but upon deeper examination they hold the key to a productive and successful life. To explain the correlations, I will use the example of a working mother. In her life, the scattered and overwhelming amount of jobs that she must do can be compared to the world of Tohu, in the three main ways that Tohu is different from Tikkun:

All of these jobs must get done, just as all of the lights of Tohu must fit into the structure of Tikkun. In order to mirror Tikkun, I would tell this overwhelmed mother to follow a four-step process:

1. Make sure you are ready to tackle Tohu. When you are overwhelmed, trying to get organized will just overwhelm you more. Do whatever calms you: i.e. drink a cup of coffee, or sit down with a pen and paper (when the kids are not around), and only then can you go to steps 2-4.

2. Combine jobs. A main attribute of Tikkun is that Chessed and Gevurah can mix, unlike the two tracks of Tohu which forever remain separate. Write down every single job on your to-do list, and see which ones can be combined. For example:

3. Modify the light. The only way that Tikkun can survive is through a modification of light. The lights of Tohu are glamorous, but they are not productive. Take a good look at all your obligations and see what is absolutely vital to get done now. When the jobs are too big and glamorous (i.e., they must be perfect) they are: a. not going to be started because they seem so threatening, and b. if they are worked on, there won’t be time for anything else. The jobs must be modified. Example:

4. Chart the jobs. Tikkun is very organized. Each vessel follows the next in Seder Hishtaleshelut. Once all of the modified and combined jobs are laid out on paper, you have to: 1. realistically think how long each job will take and allot a time for it. 2. plot each job on your calendar, writing the order in which it must get done, and when it fits in. Make sure to include wiggle time, because things usually take longer than expected. It’s also important to include resting time. Plot small power naps or snack breaks on your calendar, or else you will fall apart and nothing will get done. (These breaks should also have time limits, so they don’t take up too much time.)

This step is also where the extravagant lights of Tohu can be inserted. If you don’t want to give up on the spring-cleaning for example, you can break it up into increments and chart it that way. Organize bathroom on Monday. Kids’ bedroom on Tuesday. Living room closets on Wednesday, and so on. This can (should!) be applied to any big job.

If after all of this you still have no time, you either should: 1. go back to step three and do a little more modifying. Or 2. go for it anyway. Plot the jobs into your calendar and see how far you get. You may surprise yourself by the speed with which you can do things! And if not everything gets done, there is always tomorrow.

This four step process of bringing the lights of Tohu into Tikkun is obviously not only applicable to a working mother, but to anyone who finds himself drowning in the amount of work that he has to do. The lights of Tohu are strong and wonderful and people should be busy, but it only works if the lights are channeled through the structure of Tikkun.

Torah is applicable to everyone, and using concepts of Chassidus to live better, more wholesome lives is its purpose. Tanya, chapter 36, states: “the whole purpose of the creation of the higher worlds… is solely for the purpose of the lowest world”. By applying spiritual concepts to our highly physical lives, we are really fulfilling the purpose of the supernal worlds, since the reason for their creation is to affect us down here.

[1] This Concept of Lights and Vessels is explained in part of the Maamer “Shoresh Mitzvas Hatfilla” in Derech Mitzvosecha by the Tzemach Tzeddek.

[2] The Rebbe Rashab explains in the Maamer from Achrai Mos that the problem with small vessels is that they can only take concepts as a “big picture”; the light is too strong to see details (when seeing details however, one can see that gevurah only pertains to one aspect while chessed pertains to another in the general idea). Therefore, the child with a small mind/ vessel cannot understand that his mother is only angry at one aspect of the child, all he sees is an angry mother.

[3] The way that these two tracks of chessed and gevurah- which are polar opposites- can combine is through a higher power bringing them together, as explained in chapter 7 of the Maamer on Achrai Mos.