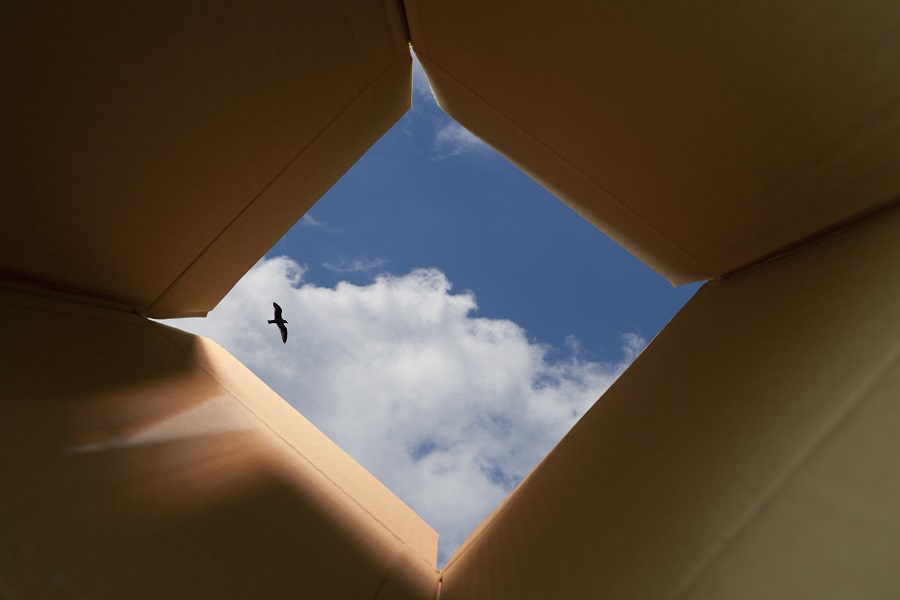 Today we hear constant urging to “think outside the box,” to think creatively and independently, to come up with fresh approaches to solving problems, to reject conventional assumptions and forge our own path. We live in a society that encourages the ultimate self-expression. We certainly don’t tolerate anyone telling us how to think, dress or speak. A lifestyle based on Halachic Judaism seems restrictive, with endless rules governing even the most intimate details of our lives. Is a Torah-observant lifestyle consistent with thinking “outside the box”? How does an unconventional, non-conformist type of person find fulfillment in such a highly regulated existence?

When the Baal Shem Tov founded the Chassidic movement in the 1700’s, Judaism for some had become a dreary, guilt-inducing burden. It was common in his time for people to engage in various self-afflictions such as wearing rough clothing or rolling in the snow in winter, in the belief that they were thus becoming more refined. People took the Talmudic dictum not to “fill our mouths with laughter” during exile[1] literally, to an extreme, and thought it sinful to crack a smile. The Baal Shem Tov introduced a new approach to Judaism, based on serving G-d with joy. To this day the term “chassid” conjures up images of spirited singing and dancing, serving G-d in an uninhibited, spontaneous fashion. Yet followers of the Chassidic movement are also known to be among the most meticulous in observing the finer points of Halachah. How do we resolve this apparent contradiction?

To explore this question, this essay will examine some insights from Chassidus on the concept of “inside the box” and “outside the box.”

The Place of the Aron
In the desert the Jews were commanded to erect a Mishkan, a temporary dwelling for G-d. The centerpiece of the Mishkan was a “box,” the aron, which occupied the most honored place in the Holy of Holies. The aron had a defined measurement: 2.5 cubits by 2.5 cubits square.[2] The aron held the luchot, the tablets, which also had an exact size: six handbreaths by six handbreaths square.  Yet the Torah says regarding the aron: Makom ha’aron eino min hamidah. The place of the aron presented no measurements [3]. The Holy of Holies was 20 cubits across, yet if you measured the Holy of Holies on one side of the ark, it would measure 10 cubits, and if you measured from the other side, it would also measure 10 cubits. The ark did not take up space.

If the Torah wants to stress that the aron was above time and space, then why define its dimensions at all? Let it be built any size and any shape. The fact that the Torah stresses the dimensions of the aron, while at the same time stressing that it took up no space at all, teaches us that in G-d’s world there is and should be both extremes coexisting. [4] He wants us to be inside the box and outside the box at the same time. This fusion of opposites comes from the essence of G-d, the level of “nimna hanimna’ot,” or “paradox of paradoxes.”

An example of someone who was both “inside” and “outside” at the same time was the Rabbi Binyamin Kletzker, a chassid of the Alter Rebbe and a successful lumber merchant. One day he was totaling up his accounts for the year. At the end of the long column of numbers he wrote, “Total: Ein od milvado.”[5] The bottom line is, there is nothing other than Him. If Reb Binyamin wished to dwell on the fact that there is nothing but G-d, why did he not spend his days secluded in a study hall, meditating on a Chassidic discourse? But this is precisely the point: Reb Binyamin was out there in the world, running his business successfully, keeping careful and accurate records—while all the time permeated with the awareness that there is nothing but G-d.[6]

Fusion of Opposites
The merging of opposites, or containing two extremes within ourselves at the same time (known as nosei hofchim), is a recurring theme in Chassidic thought.

Merging of opposites is woven into the very fabric of creation. G-d, Who is above all limitations, created a finite, physical world and wishes to dwell in it.[7] He created us as physical bodies but placed within us a soul that is “an actual part of G-d above.”[8] But to say that G-d is infinite is also a limitation of G-d. G-d Himself, His essence, is beyond any descriptors at all. He transcends and encompasses both the finite and the infinite. To say that G-d is more in heaven than on earth, or more in the soul than in the body, is to confine and limit Him. The essence of G-d, atzmus, is beyond the distinctions of finite and infinite. Therefore, the ultimate expression of G-d is in the fusion of finite and infinite—transcending all logical boundaries.[9] If we want to bring G-dliness into this world, if we want to make ourselves a vehicle for G-d, we also need to learn how to contain opposites within ourselves.

The Power of Torah
The power to fuse opposites comes through Torah. Before the Torah was given, there was a barrier between the upper, spiritual worlds and the lower, physical world. The two existed as separate domains that could never meet. By giving us the Torah, G-d removed this boundary. The most refined spiritual energies can be brought down to earth, and the coarsest physical objects can become holy by being used for a mitzvah.[10]

The Torah represents G-d’s innermost will and desire, yet it expresses itself in mundane physical matters such as mixtures of milk and meat or a goring ox.[11] When we study Torah, we use our physical brain, and thus our finite human mind becomes a vessel for G-d’s infinite wisdom.[12]

Just as we were created with a body and a soul, the Torah also has a body and soul, which corresponds to the “revealed” parts of Torah and the mystical teachings of Torah. The revealed Torah encompasses the study of Mishnah, Talmud and Halachah. The mystical part of Torah is Kabbalah and Chassidut, which engages in deeper topics such as love and fear of Heaven and the oneness of G-d.

Rabbi Shimon bar Yochai, the author of Zohar, was unique among his colleagues in that he excelled in both the revealed and mystical parts of Torah. Similarly, the founder of Chabad Chassidus and author of Tanya, Rabbi Schneur Zalman of Liadi, was also a genius in halachah and authored the Shulchan Aruch Harav, a compendium of Jewish law with sources and explanations. What they accomplished was to fuse the body of Torah with its soul—to infuse energy and excitement into our observance of halachah by showing us how it represents the ultimate will and desire of G-d.[13]

Because the Torah has the power to unite opposites, it is also the ultimate equalizer, as the possuk states: “You are all standing this day before the Lord, your G-d, the leaders of your tribes… Your young children, your women, and your convert who is within your camp, both your woodcutters and your water drawers.”[14] Only through the power of Torah can such disparate individuals be drawn together as one.[15]

Lesson of the Leap Year
The concept of fusion of opposites is especially emphasized in a leap year. The reason we have a leap year is to align the lunar year with the solar year. In the Jewish calendar we count our months according to the lunar cycle but our holidays must fall in specific seasons, which are according to the solar cycle. Since the lunar year is shorter than the solar year, the sages instituted periodic leap years to keep the two calendars in sync.

The sun’s energy is steady and continuous — “inside the box,” if you will. The moon, in contrast, waxes and wanes. It disappears every month only to be reborn anew. A leap year represents the merging and synthesis of both types of energy. On the one hand, a Jewish life is stable, governed by firm, immutable principles. At the same time, there must be constant growth, renewal and innovation.[16] To be a Jew and especially a chassid is never to stagnate, never to be satisfied with yesterday’s achievements. Each day the Torah should feel fresh and new, as if it were given this very day.[17] Through study of Chassidut, our service of G-d never feels boring or confining. On the contrary, keeping every detail of every mitzvah brings immense satisfaction and joy, because this is the means through which we merge opposites and connect with the essence of G-d.

[15] Sichah of Shabbat Parshat Bamidbar 5742. During this sichah the Rebbe highlighted the importance of purchasing a letter in the Sefer Torah written to unite all Jews, since the Torah creates a unity between us greater than any other mitzvah.